Time for a little sign of life! Sorry for the silence in the last month, but I needed the time to finish some things in Crystals Of Irm. And for that there is a new blog post today. Let’s get started.

Time for a little sign of life! Sorry for the silence in the last month, but I needed the time to finish some things in Crystals Of Irm. And for that there is a new blog post today. Let’s get started.

Maybe you can already guess what I’ve been working on. Right – the battle system. As you might have read in the last posts, this system just wasn’t a round thing yet and basically too passive for me, compared to other combat systems. But that has changed now and you won’t believe how happy I am with the changes. With the changes, character attributes and equipment are finally actively involved and the shards (shards are the spells available to the main character in Crystals Of Irm) now play a bigger role in the active events.

What has changed now? Good question – instead of colliding with the attack tiles to trigger them, you now have a kind of swing with which you can trigger all attacks in a certain radius around you. It does matter of which type these attack tiles are. Your group will throw different types of attack tiles onto the playing field, depending on the class and the equipped weapon. Depending on which tiles you trigger, you can combine them to different attacks. With the shards it is also possible to add additional effects to these combos.
I hope it is understandable what I have planned here 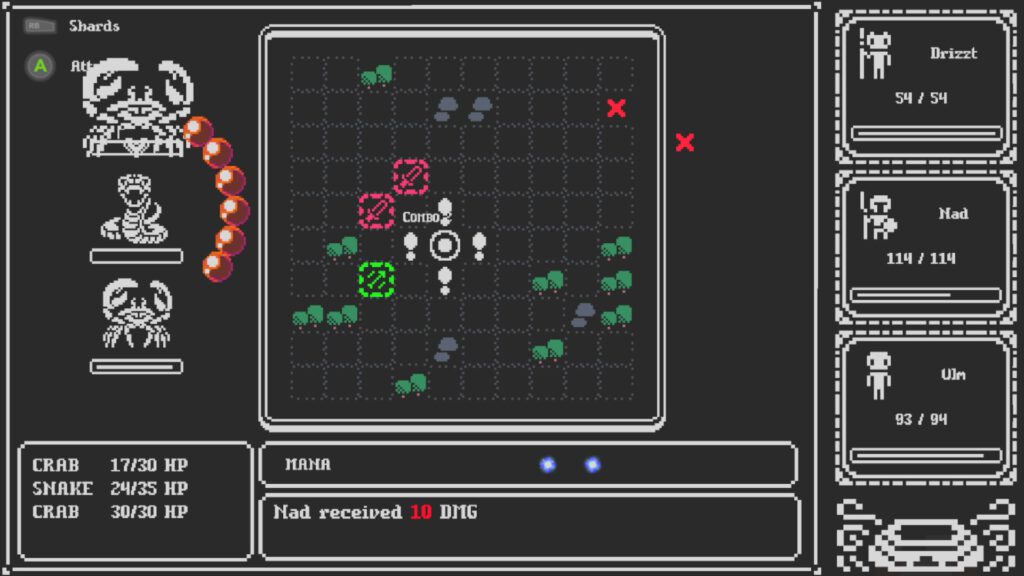 Different attack types on the field 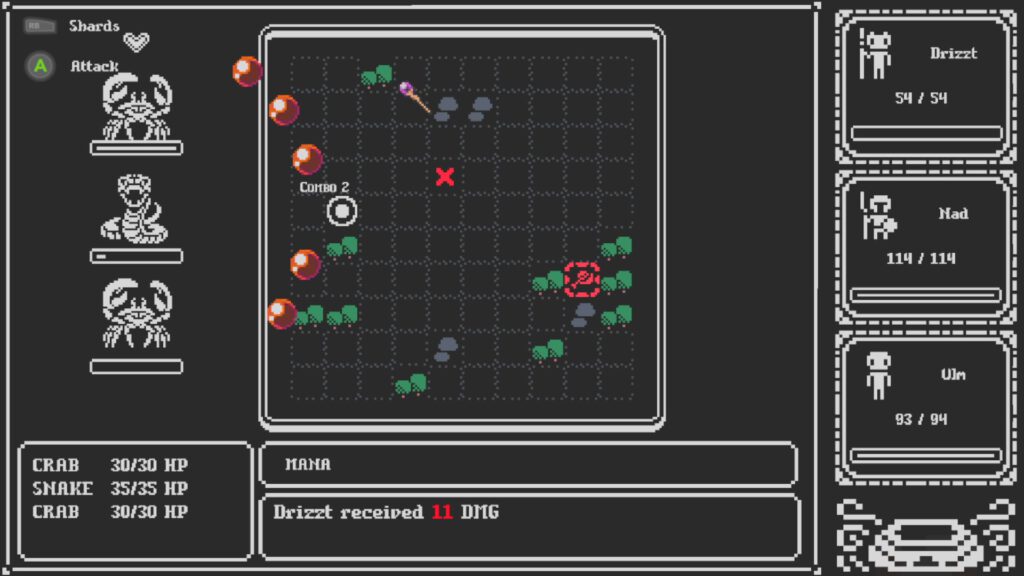 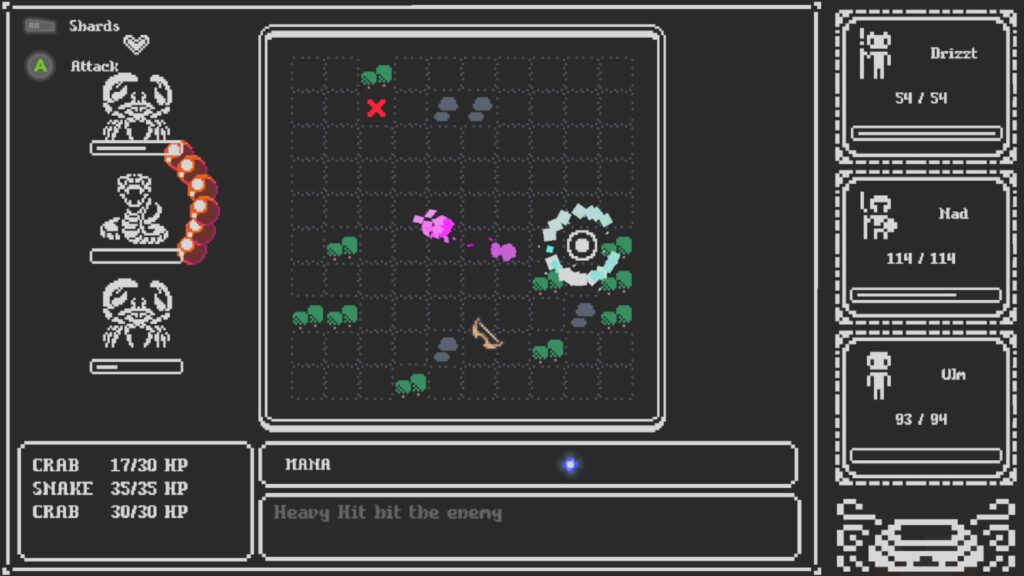 Through this change, you will actively participate in the fight on the one hand and on the other hand, you have the opportunity to actively fight the respective opponents through the combos.

I hope that I can soon let you play the whole thing and I’m already so excited about your feedback.

And yes I know, I wanted to have the demo online a long time ago. But I still have to manage my time and also plan some time to recharge the battery. I hope that in the next months I will be able to change this situation with two jobs in favor of Crystals Of Irm. But first the demo has to be finished and the whole thing has to be well received. I plan to start a CrowdFunding project in the near future to have more reserves to make Crystals Of Irm what I want it to be. I don’t know if this will be successful or if it will be anything at all, but it would be a shame not to try it. I would be really interested in your opinion. Share it with me but gladly times.

You see, it goes on, step by step! Thanks to all who are already on the journey, all the kind words, clicks and likes – that motivates me still incredibly!

So enough for today! I’ll try to write a bit more often again in the future!