Legend Farewell Edition 9 - ventures into a spin-off mod mid-development. This completely standalone adventure invites you to take on the new ultra-detailed Legend-9 levels, armed with only the vanilla gameplay...or perhaps try it with your favorite gameplay mod?! Demo available as we speak!

This, my dear travelers through the Hexen realms, is confirmed: right in the middle of the development
of Legend version 9 (yes, my friends...9!) i have ventured off to a side project, - a spin-off mod: "Legend: Forgotten Chapter". 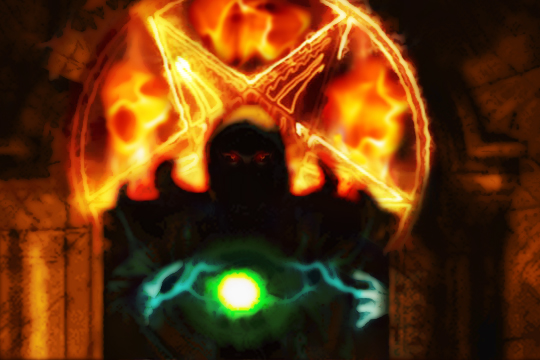 This is already the second time i went off to create something extra-curricular, motivated purely by nostalgic beauty of software rendering. The first time it was for Quake II, resulting in a very successful
sound & music enhancement project - Q2HM (Quake II: Heavy Metal), yet this time, - it's for Hexen.
And frankly, i can attest as a long time mod-maker: working on related parallel mods is good for you (that's for the mod-makers among us) and for the mods. The vision of the end result becomes much more refined, you get double the practice and experimentation, winding up with further improved projects.

Right off the bat, i must make one thing clear: Forgotten Chapter IS NOT Legend-9 AND it is NOT Legend-9 for GZDoom...wait, did i just say "GZDoom"? Well, let's not get ahead of ourselves. Forgotten Chapter does use Legend-9 levels structure and design, plus shares some of its graphics. Other than that, the new mod plays exactly like the vanilla Hexen, in terms of weapons and combat mechanics. It has zero Legend gameplay features, at least for now.

You may ask, - why to downgrade a vastly superior mod to less than the bare minimum??? All for the sake of nostalgic looks??? The answer is a little more complex than you might think.
First of all, the "downgrade" is not permanent; neither does it have any effect on the development of Legend-9 itself, which by the way, only grows in the number of its features...I utmostly hope that with the help of Moddb community, to find like-minded people who could help me to implement at least some
of Legend's traits into this mod.

Second, - the main feature of this mod is that it is not attached to any sourceport. It is completely standalone, - does not require any version of Legend to run and works with anything, even Dosbox. Reasonable to suggest, that you can use whatever gameplay mod you like with this, - and it should work, as long as your secondary mod of choice does not touch the levels. Third, - while my fondness of software rendering in classic FPS games does go a long way and has certainly played its part here, - yet playing Forgotten Chapter is a rather unique experience even in the state it is now. It's like classic Hexen through the Legend-9 level vision. 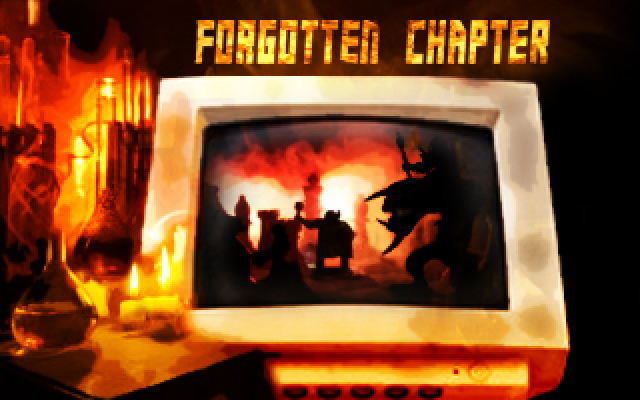 At the moment, the demo of the Forgotten Chapter is available, and it offers the journey through the extensively modified Legend-9 version of the Winnowing Hall - roughly 60 minutes of gameplay. The level differs significantly from the one found in the outdated Legend 8.33 (that's a note for all of you Legend players out there). Packed with numerous secrets, exploration areas, traps, evil devices and non-linear gameplay. Roughly 60 minutes of gameplay, if you explore and clear everything. More for the first-times.
Much more - for those stuck on the switch issues...It has two new secret areas (compared to the ones in Legend 8.33) and a gazillion of new modifications and enhancements. All secret areas have some clues :-)

The demo, (or the mod itself for that matter), - is INCOMPATIBLE with Legend character DLC's - and WILL NOT BE COMPATIBLE in the future. So don't try that at home :-) and do keep this little detail in mind.

The demo has been extensively tested, primarily with ZDoom 2.81 and GZDoom 4.7 64bit version, - which was found to be the best in providing the classic look and reasonable control customization.
Everything works flawlessly as is. No bugs or oversights of any kind. And thus, all the future tests for this mod will be done in GZDoom.

As for the ETA on the full version, - this depends. While i worked quite hard on perfecting the demo, this mod is in the very back of the bus. And i did work hard - cause i was building this level primarily for Legend-9. However, if i get help with other features - then i will prioritize the Forgotten Chapter higher on the mod development ladder - and will thus expedite its progress... 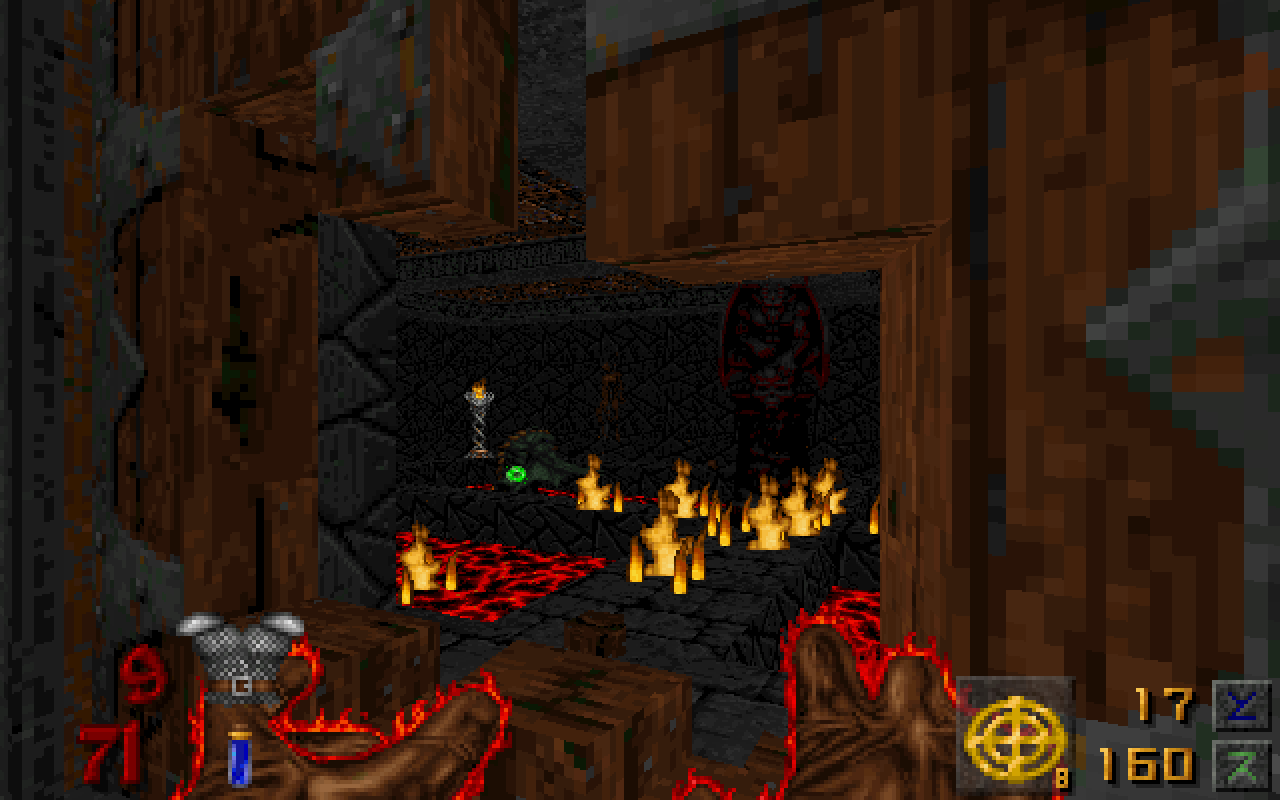 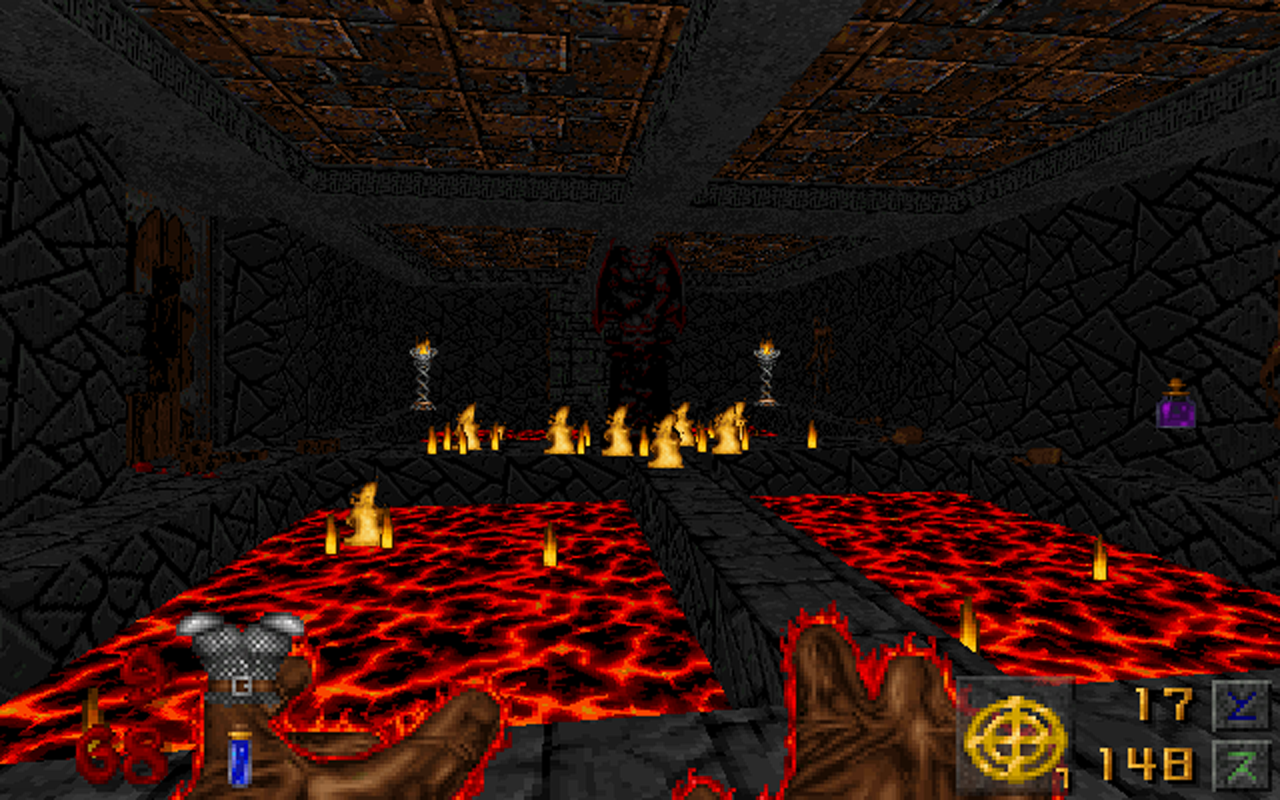 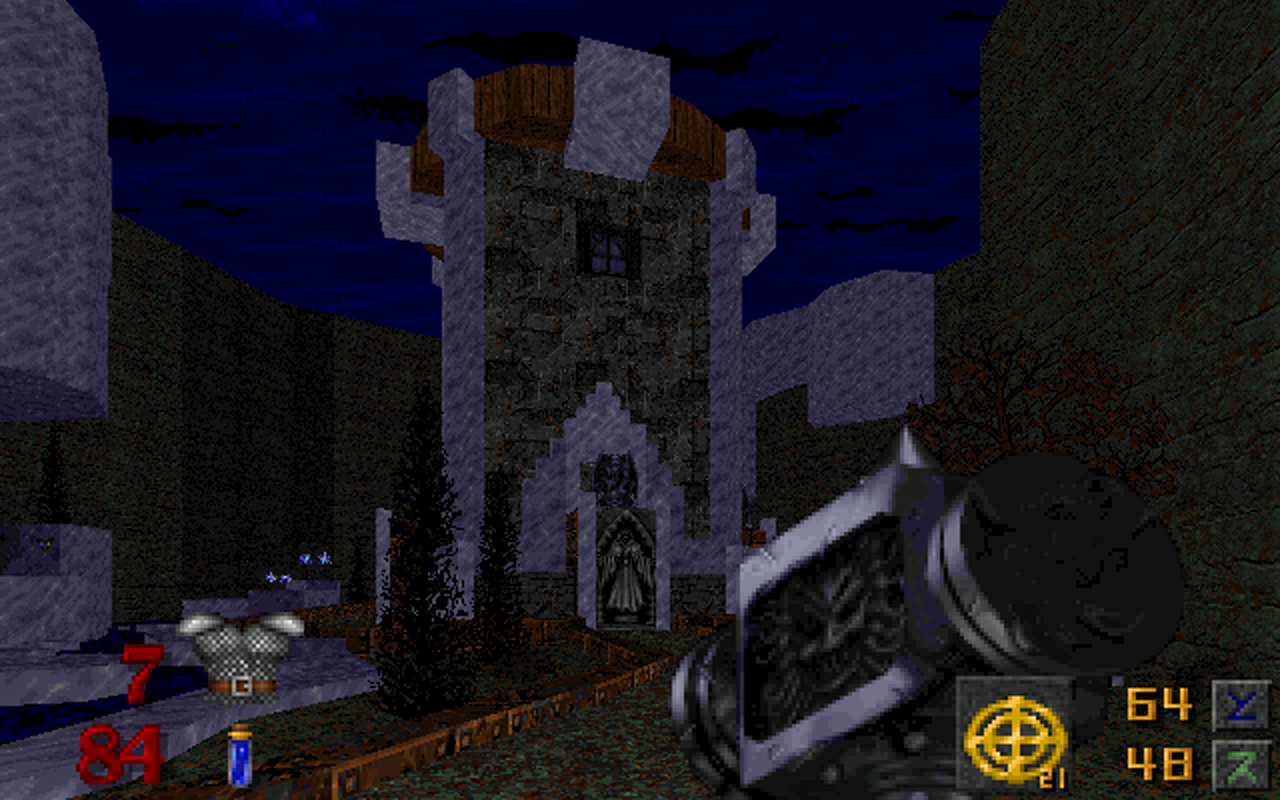 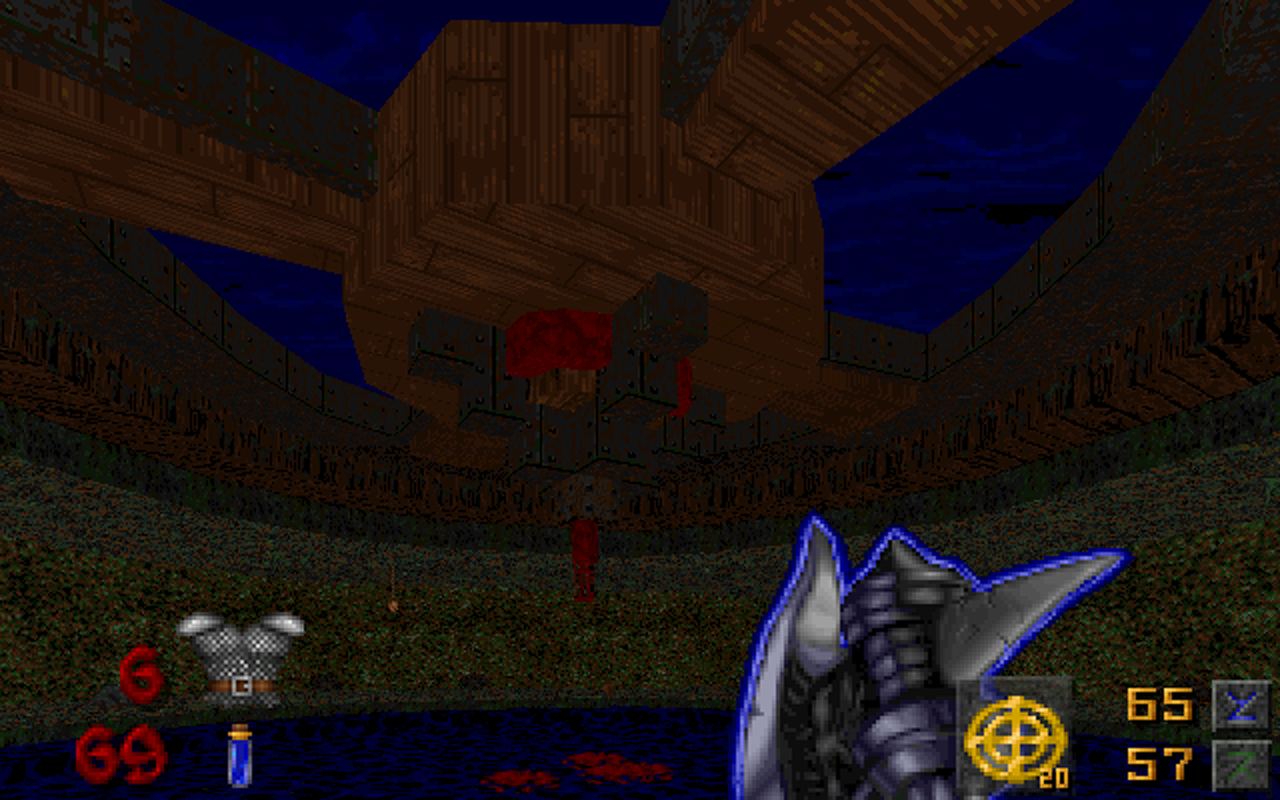 Well, no reason to wait any more - grab the demo and try out this new adventure!

Thanks for the release. I lust for the full hexen release and Heretic release. We are out there, waiting :)

Great to hear from a Hexen/Legend player, and I appreciate your support!
While this particular mod (Forgotten Chapter) is rather far from release, - but it gives you an idea regarding the level upgrades that my top mod (Legend Farewell Edition 9) is going for. Speaking of which, - i am investing as much time as i can into Legend-9 development and i intend to finally max out its design - once and for all. Expect quite a few changes, - including certain weapon modifications, upgraded enemies, an additional monster(!) and a definitively more hardcore difficulty/balance.
Legend-9 is a few months away. I will reveal more details and finally post Legend-9 videos in my next big update. Stay tuned, and dust off your Doomsday ports :-)
This new adventure is going to blow away all of my previous efforts combined...nothing else like it out there.