"Imagination is a limit far more formidable than technology.Technology is a key far less potent than imagination. Imagination AND technology working in tandem - are free from all limits, except one: imagination." ~HexenStar

Alright folks, i know i am a little bit late with this update, but i wasn't wasting time - i assure you of that. In fact, during the past week i pretty much doubled the development efforts. While i still haven't finalized map 9 - although i did get very close to finish, but things got more complex than expected and i had to change direction in order to clear my head.

In doing so, i went to map 34 (Doombuilder numbers, in Hexen it is map 19, Wolf Chapel) - one of the locations that i was never satisfied with. So i had an interesting idea, and i sunk some serious time into bringing that idea to life. I will let the screenshots describe it in my stead... 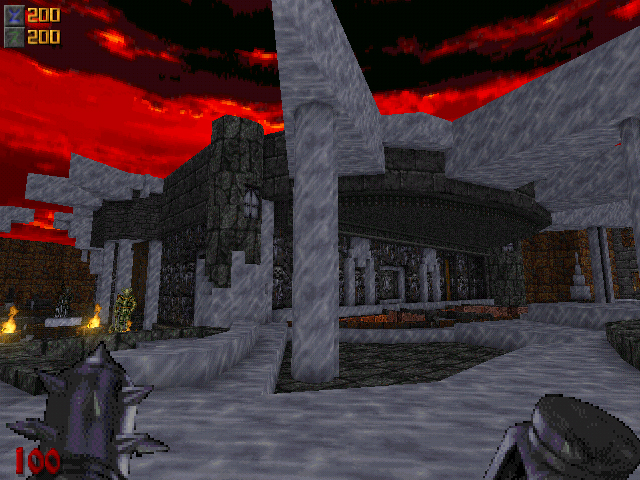 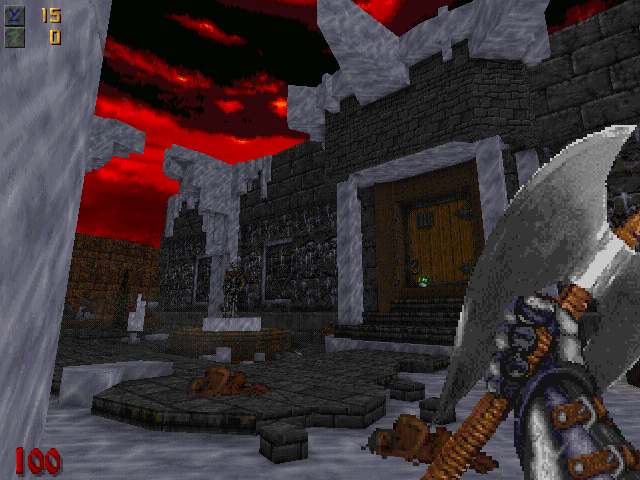 Yes, ladies & gents - this is it, my great plan. A great fortress encased in ice. The ice is back for this one level, - and i went to extreme lengths with all sort of ice-based decoration and design. That just shows how much you can do with 3 textures and imagination. A lot of hours went into remaking Wolf Chapel. It is 100% completed now, and besides the stylistic remake itself - i addressed over a hundred of various tweaks and fixes (like offsets) and added another exploration area with a couple of extra traps. Despite my hurricane progress with it - i still haven't play-tested it yet (only tested for errors - and there are none). The inclusion of the ice in several sections will doubtlessly increase the danger factor, and reliance on Legend-staple - magic defense and counter-attacks is going to be a must here, since you can't out-strafe anybody here, while ice-skating without ice skates...lol

That's not all. Once i was done with the Wolf Chapel, - i went to tackle another partially boring level: Hypostyle. While the second part of the level was perfectly taken care of already in Legend 8.33 - the first part was left in a so-so mediocrity. I do remember that i practically compromised on that. Well, not now. I have restyled the first part completely, and made some minor changes to the second part too. So here we go: 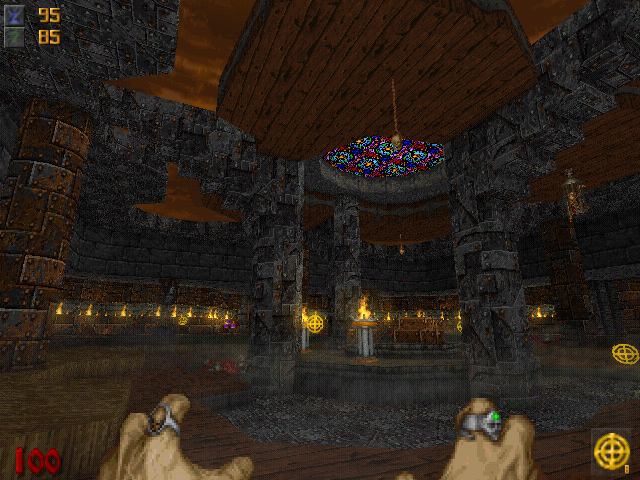 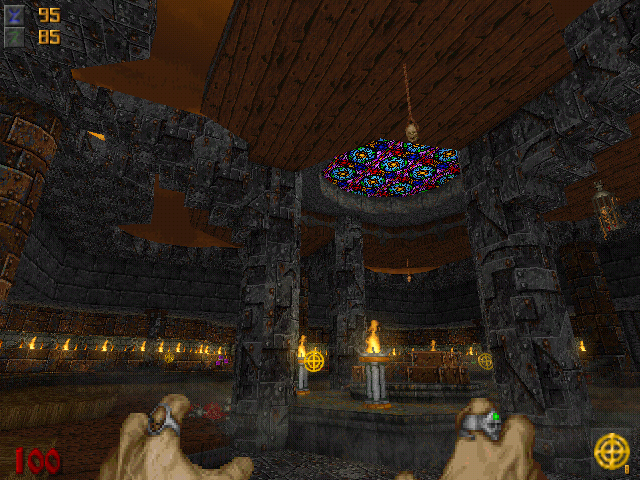 Yesss...a lot of fire and steel here now! And the new architecture. 99% complete. Getting ready to finish map 9 and the other two giants: Wastelands and Shadow Wood. Just a reminder: Shadow Wood in Legend is about 6 times larger than its vanilla counterpart... Despite that, i don't expect much trouble there. Majority of the level shall stay as is, and i already fixed some sections in earlier time. The arrival area, however, - i do have plans for it. Let's hope the plan comes together! :-)

See you next update, - next week!

Another kick in the balls!

DoomDb is a group in Moddb where you can share all the best kinds of Doom WADs out there! Join our sharing and recommendation society, read the rules...