New update is out now! And this is second update in this month! \ ^^ / Download mod here:

Before I will talk about update, I want to say again about MODDB Mod of the Year competition. Although list of TOP 10 mods chosen by players isn't published yet (thanks for all who voted for this project in this year ❤️), but Editors of MODDB few days ago award Last Alliance as Best Adaptation ❤️

Okay, now let's talk about new version of mod. This is enough small update, You will find here new provinces (now campaign map has 109 provinces) and mostly fixes for campaign. So, not too much, but campaign now should be better :P

Main changes in Alpha v0.2.1:
- 11 new provinces (7 in Calenardhon and 4 in Gondor) - all under Wildmen control
- Removed provinces on Tolfalas Island (because I can’t find way to fix problems with this island, maybe I will back to this later)
- Removed River Ports on rivers: Harnen, Gwathlo, Baranduin and Lhun (caused more problems than was useful)
- Changed this rivers to standard rivers (before it was sea territory, but too small to navigate fleet) - except part of Harnen and part of Gwathlo - but it would be too long to explain this problem here
- Fixes for land and sea trade routes and also roads around this rivers
- Probably fixed permanent crash which could be on Kingdom of Lindon AI turn
- All faction leaders which unique outfit and bodyguard are now immortal - temporary solution to limit situation when random characters use outfits belonging to important characters
- Added new building icons for Wildmen
- Added elven faction in Edhellond (they use now Lindon’s roster, buildings, technologies, etc. - it placeholder, later they will be Galadhrim subfaction)
- Added more variants of colours for elven tunics
- Test - changes in height map in Numenor - I'm trying to make campaign landscape more good looking but idk whether it looks better ;-;
- Added region borders on minimap - now should be more readable
- Fixed sea ground type in place where is trading point with dwarves from Orocarni (no more fleets suffer sea's attrition in this place)
- Removed wall’s cannons in siege battles
- Some other small fixes

What will be next?

Now I would like to add more content for Lindon and maybe Numenor, so in next update probably you will see more units and other fixes for this factions ^^ And yeah, it means that next update probably also will be smaller and additionally not give any new lands. But I think that will be good give improvments for existed factions before I will add next faction ^^
And next update after that probably will be Annatar, Lord of Gifts

And this is all, see you next time ^^ 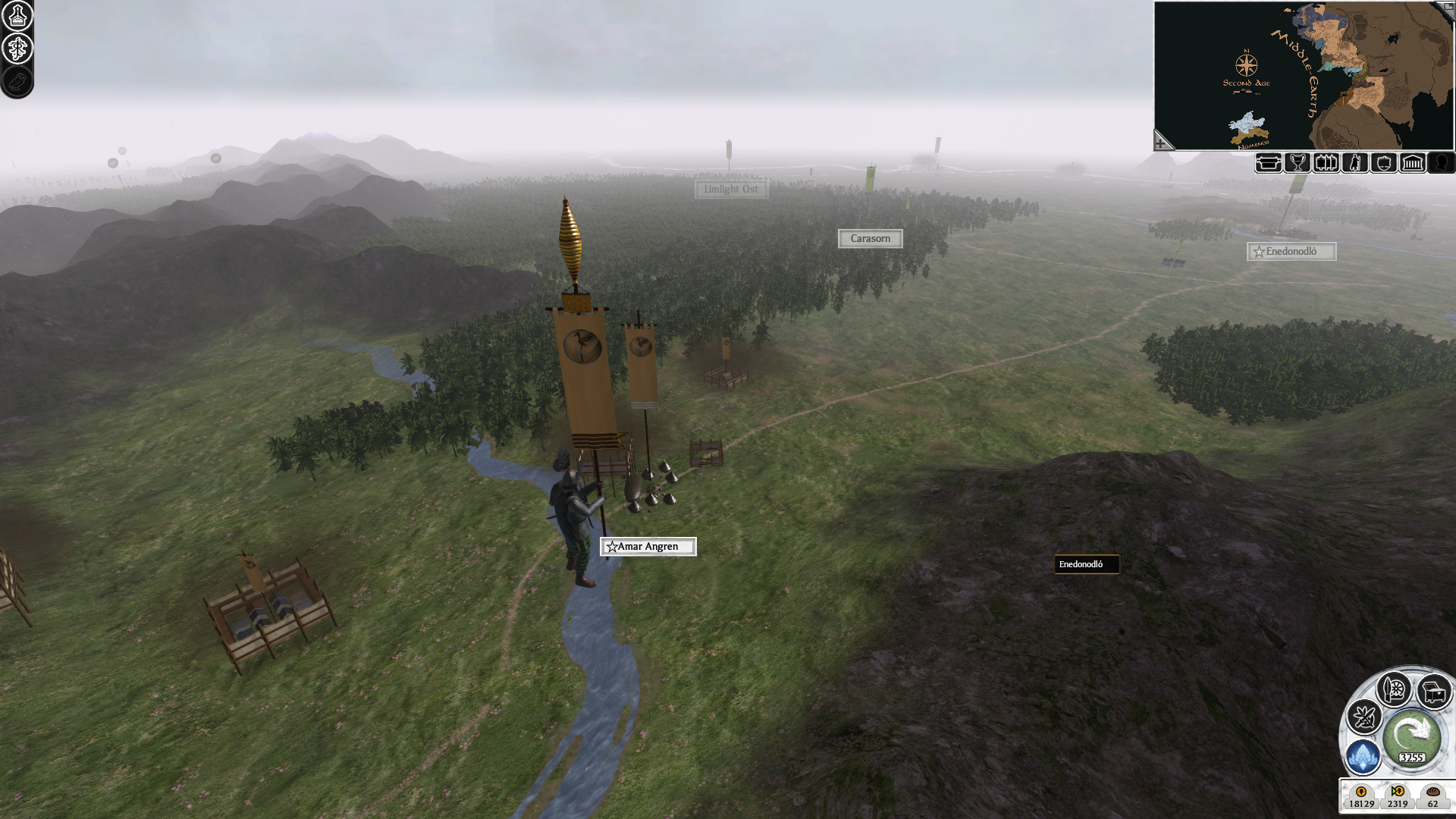 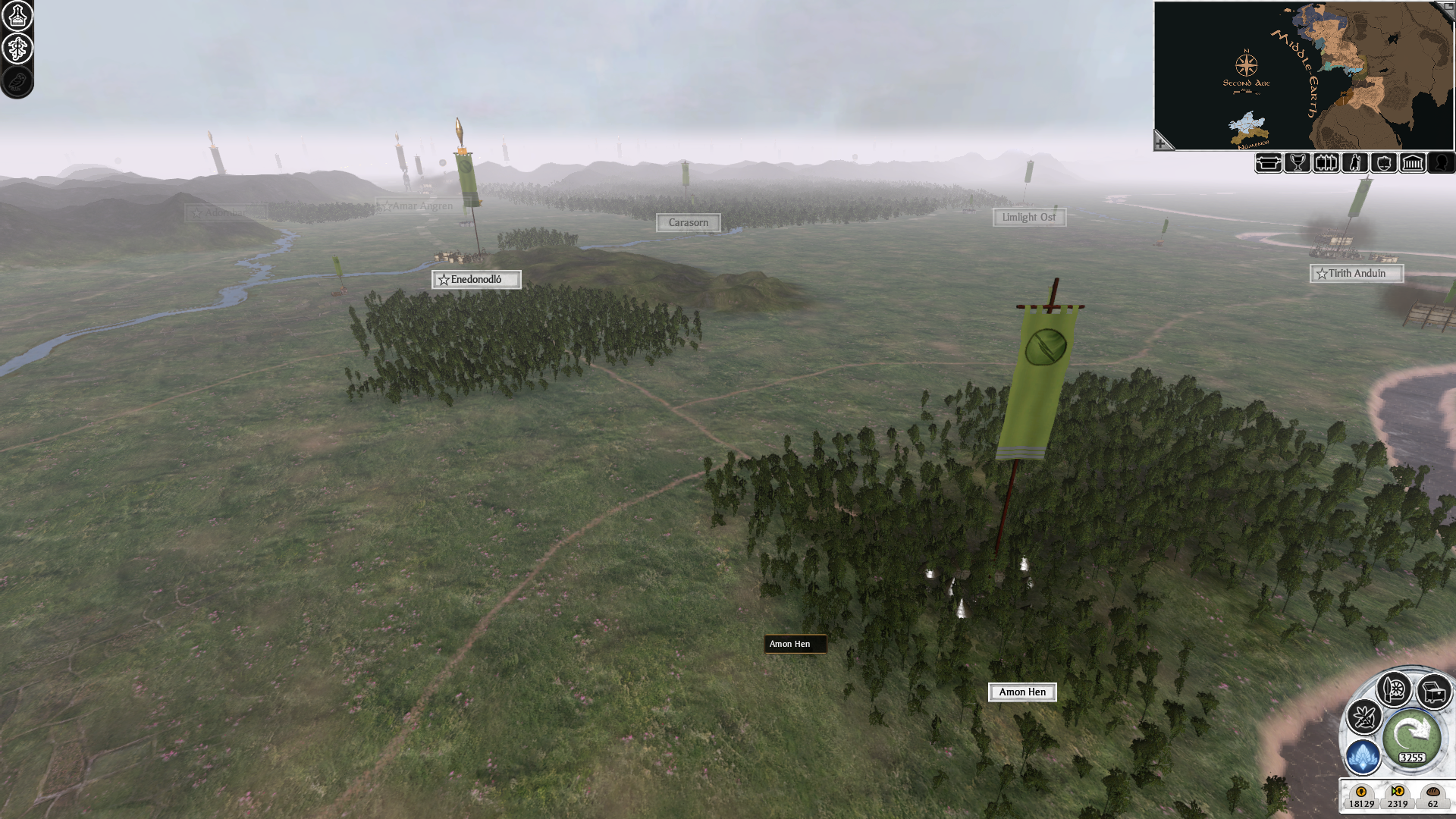 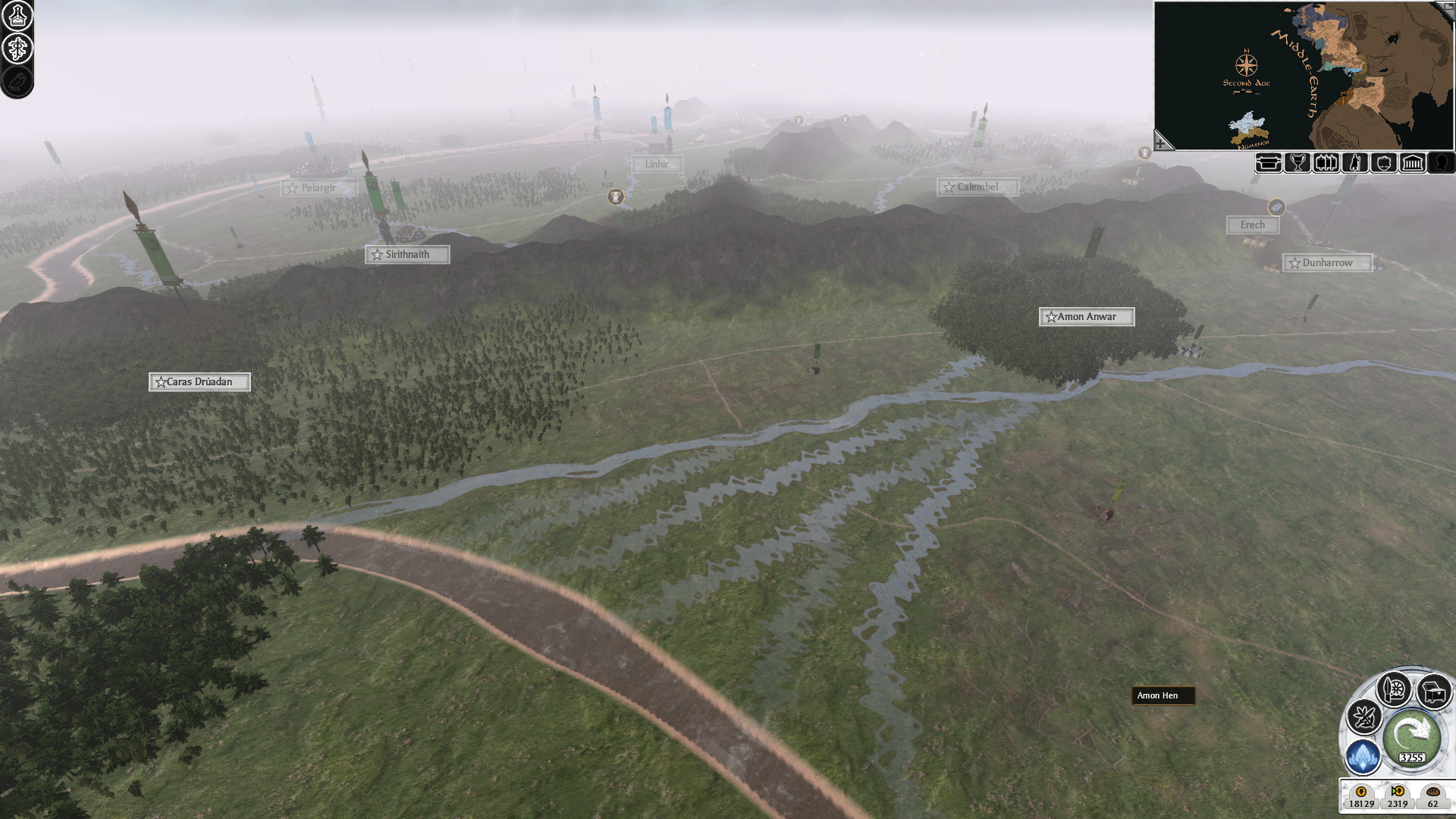 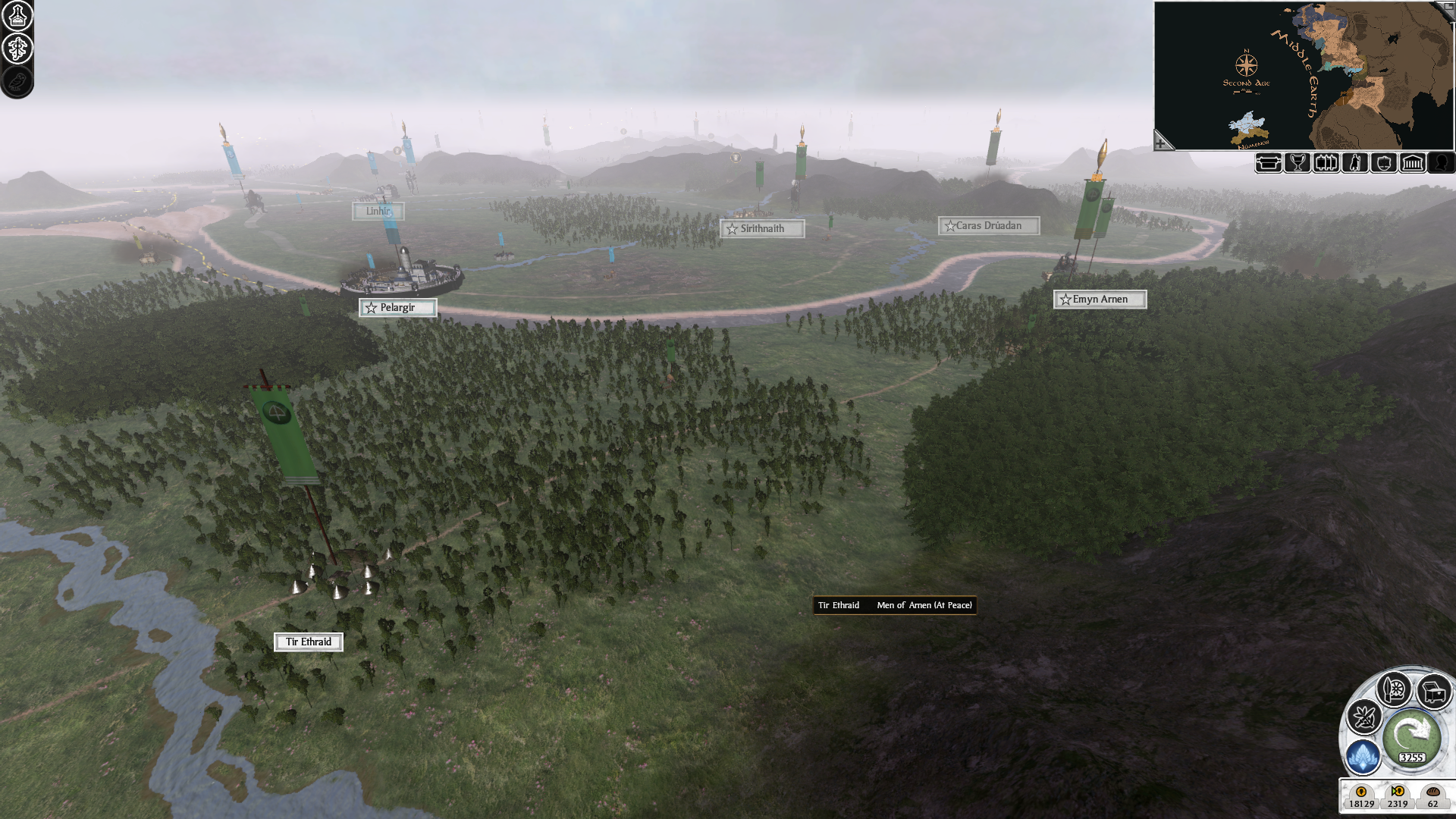 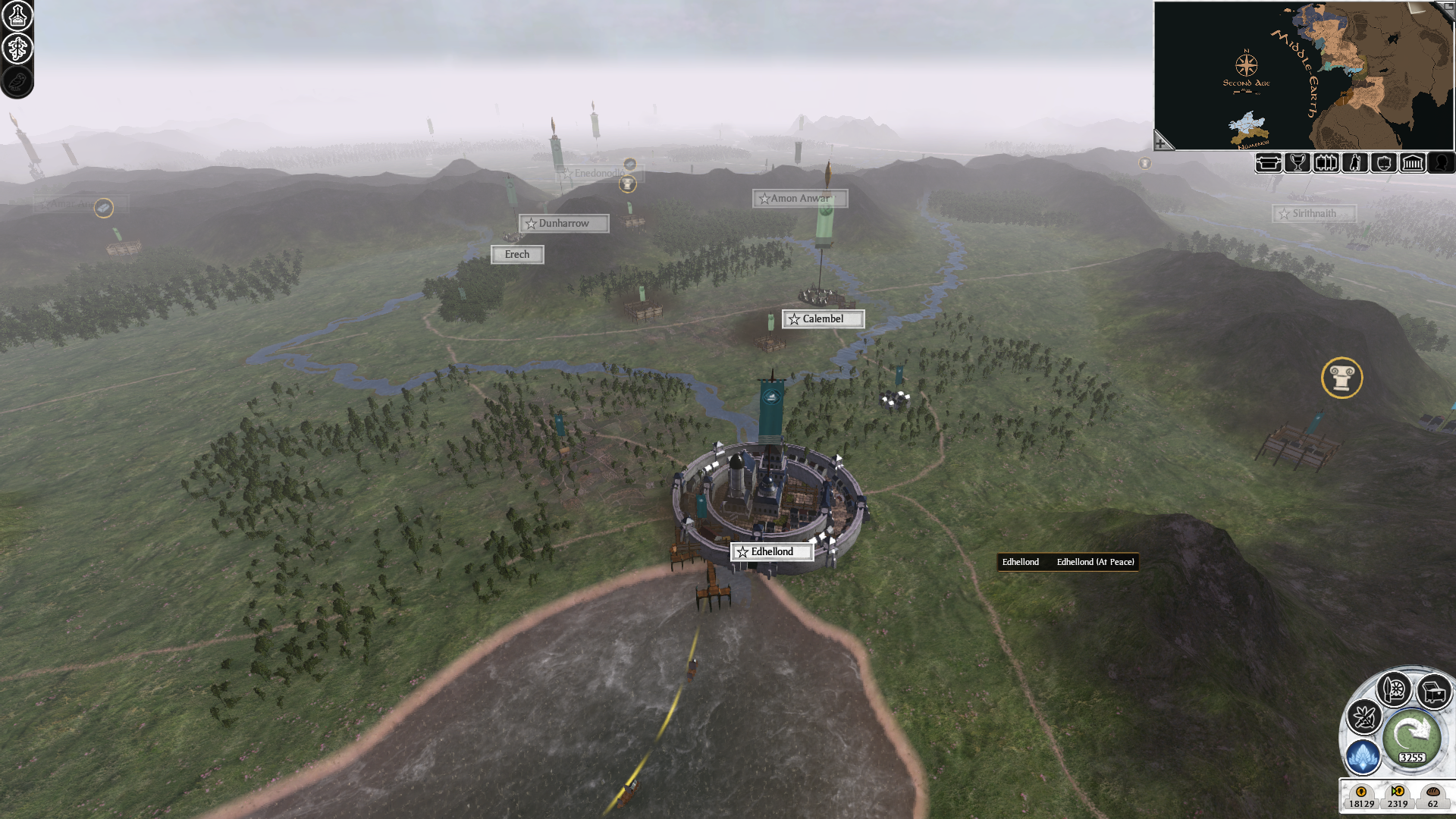 Are you going to translate the mod in italian?

I don't know italian. But everyone can make own translation, it not hard from technical side

Can you tell me how? So I'm going to tranlsate the mod and then publish the translation so more people could play this mod.

Ok, thank you. Tell me when you will upload the record.