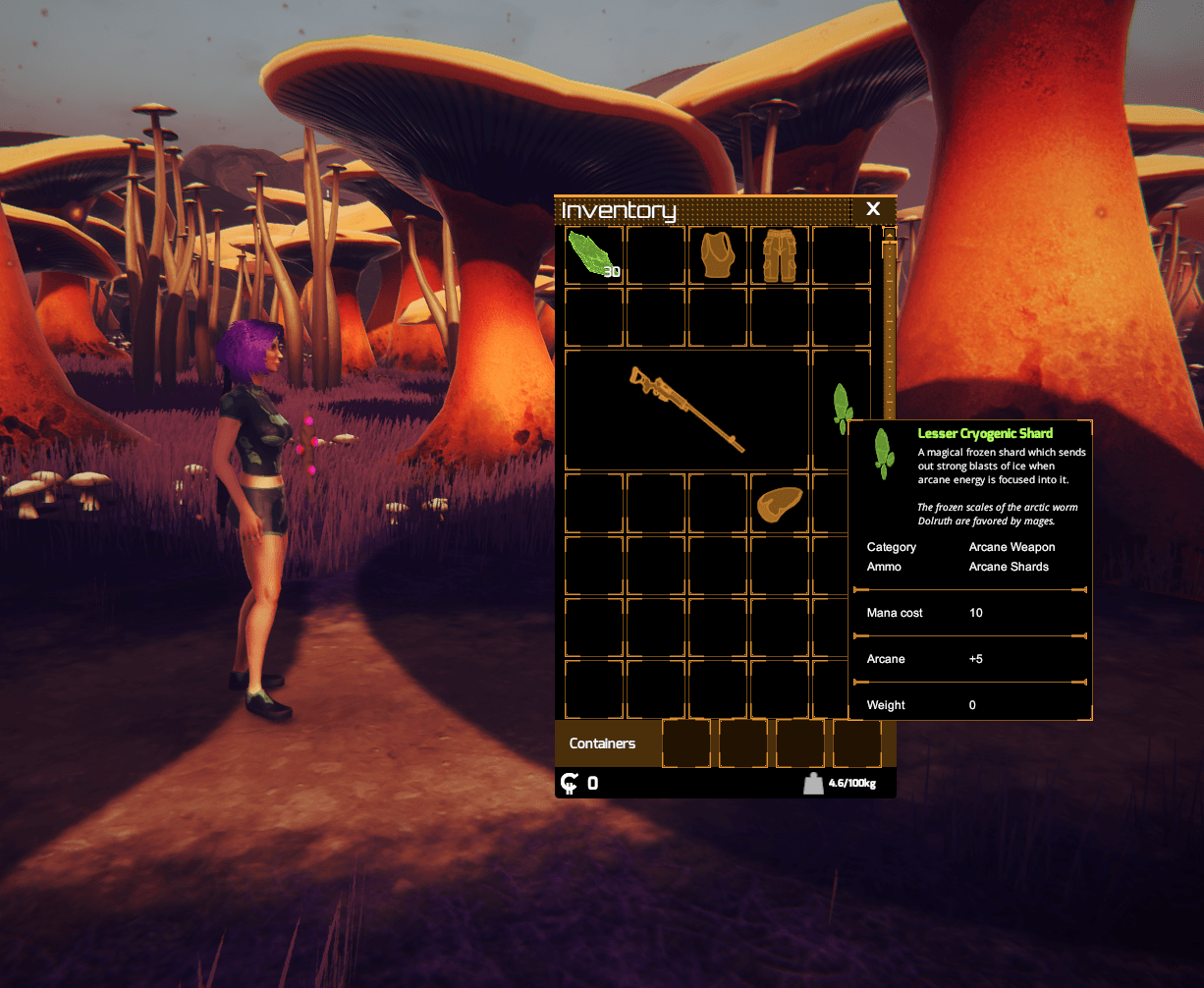 Journey's End has gone through an extensive rework, with our inventory system being completely reworked. Our new inventory system features size and weight based inventory management. We've also implemented much more robust tooltips which can display stats, usage requirements, and even lore tidbits!

This new inventory system will allow us to really expand gameplay with Journey's End by enabling more complex and interactive items. Items can be found which unlock blueprints, enable quests, add codex entries, and much more! 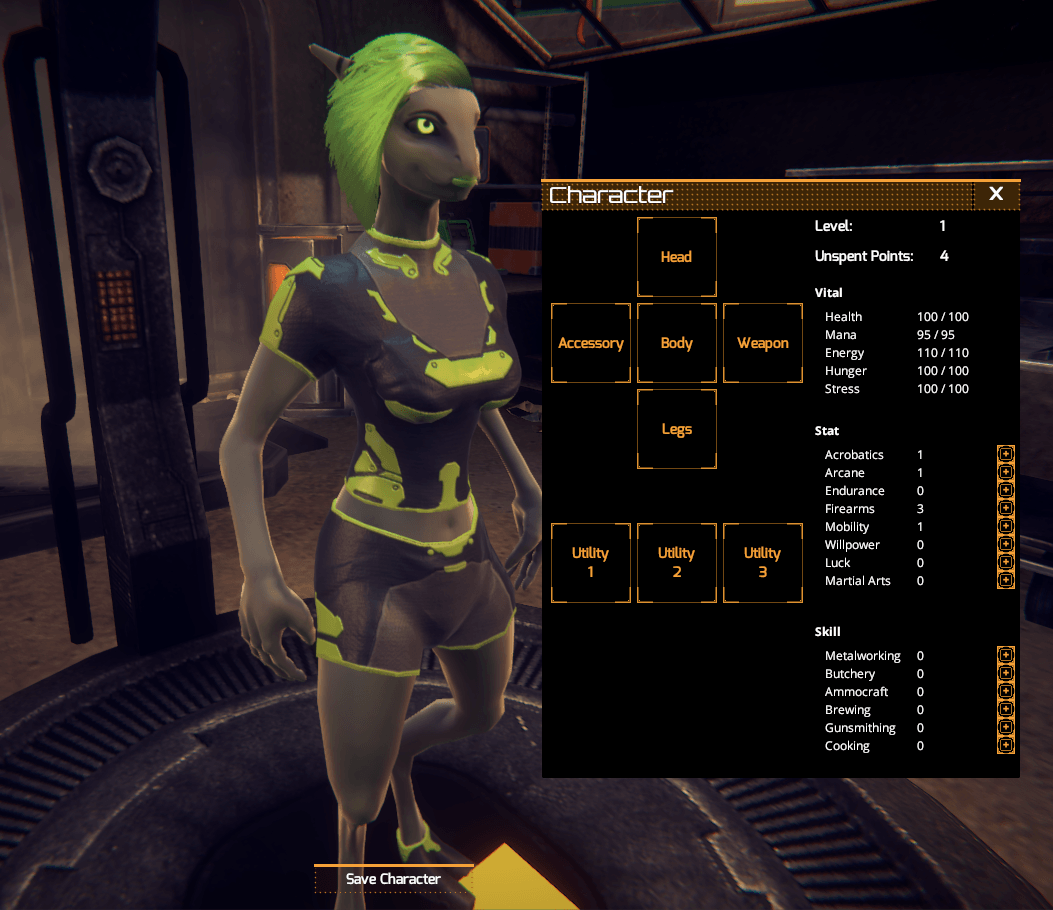 With the reworking of our inventory system we've also redone our character panel. Items can now be dragged into the character screen to equip them. Stats have been integrated into many portions of the gameplay as well as crafting system. Mobility influences run speed, luck increases the critical threshold for reloads, acrobatics increases jump height, and many more! Characters will start with 10 points to assign between stats and skills, and gain 2 points for each subsequent level. 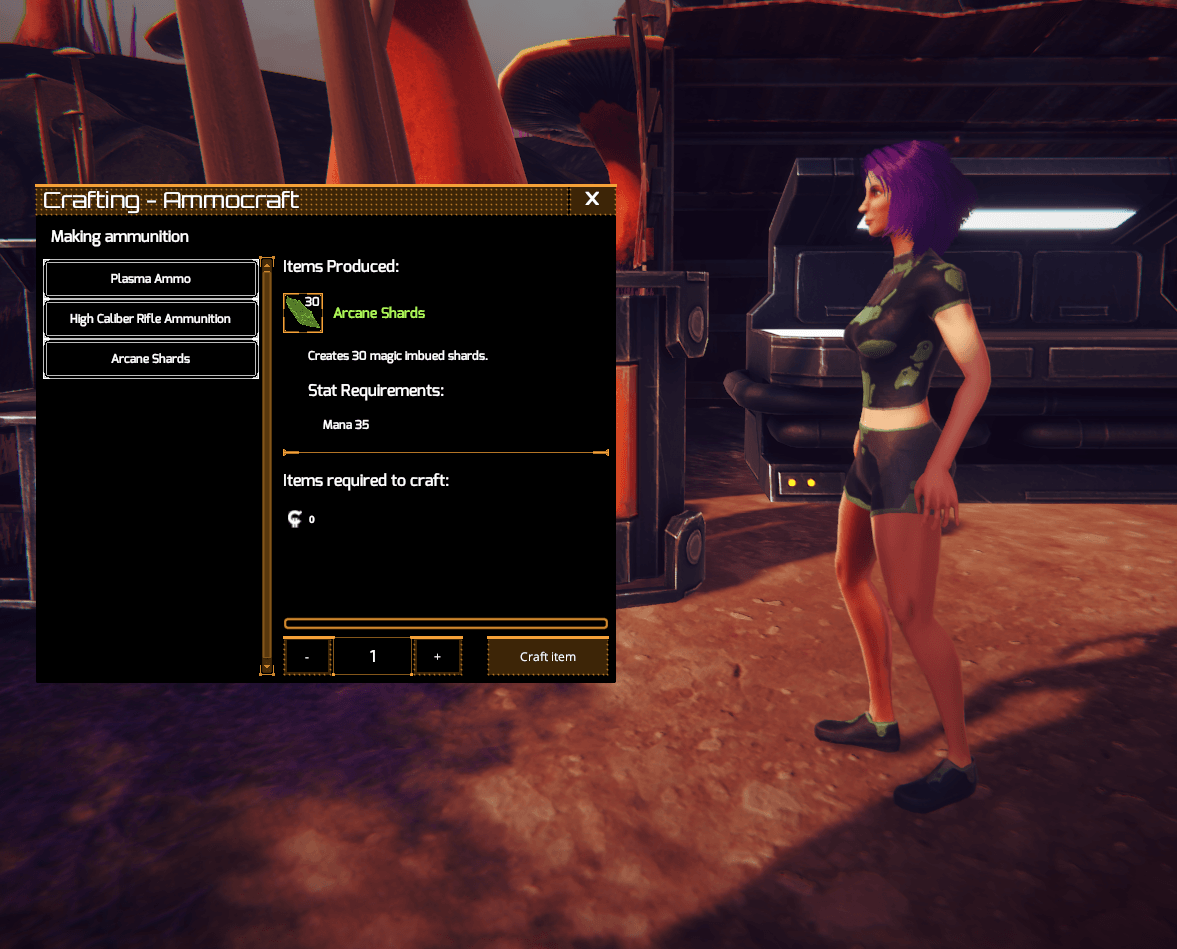 We've completely reworked the crafting system for Journey's End to make it a much more streamlined experience. Crafting can now have skill requirements, unlockable and learnable blueprints, as well as a deep integration with our codex system. Creating certain items can also expand active codex entries, providing more specific lore. 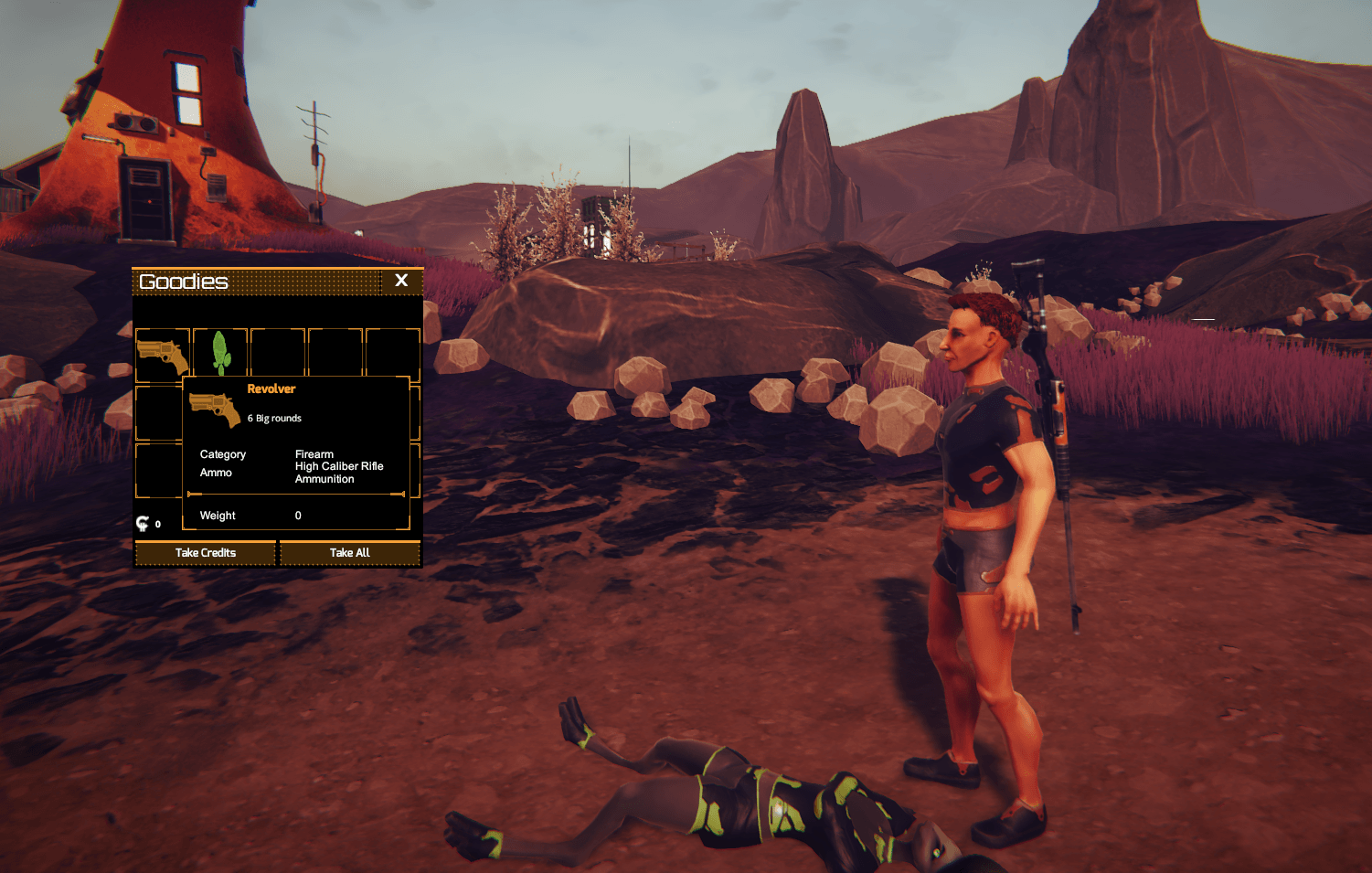 Loot can now be dynamically generated for both NPCs as well as various containers to allow for both single generated quest related items and respawning resources. Wild creatures, plants, and other natural resources will regularly respawn to allow the player to gather components for crafting, quests, or just to consume! 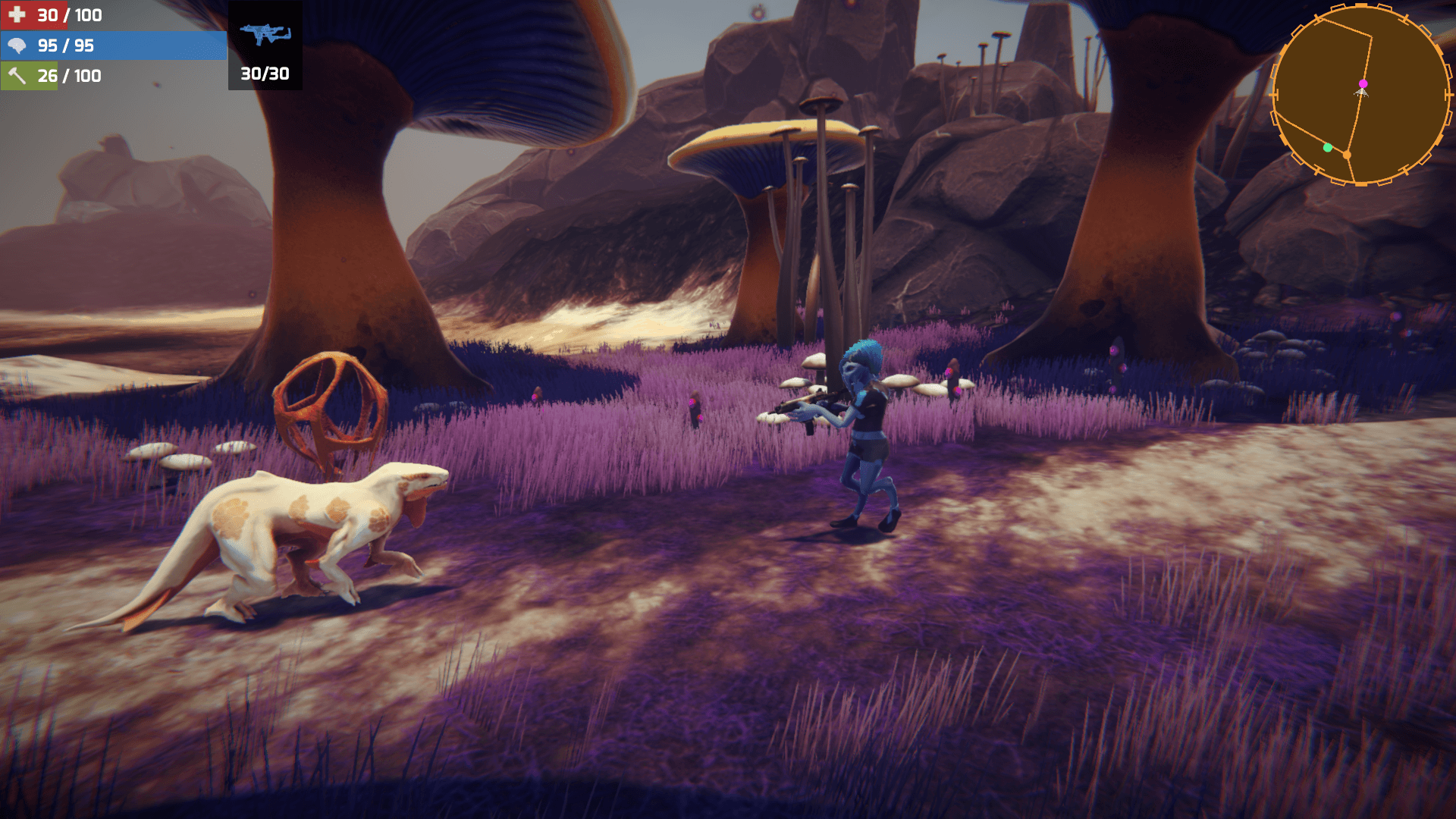 An all-new feature is the mini-map. Displayed in the upper right corner the mini-map shows an outline of available paths, NPCs, enemies, and certain interactables. We've found that this greatly improves the branching path system. Paths are displayed as solid lines on the mini-map, and a small dot of the same color is placed at any intersection which has 3 or more directions. This makes intersections much more visible to the player. 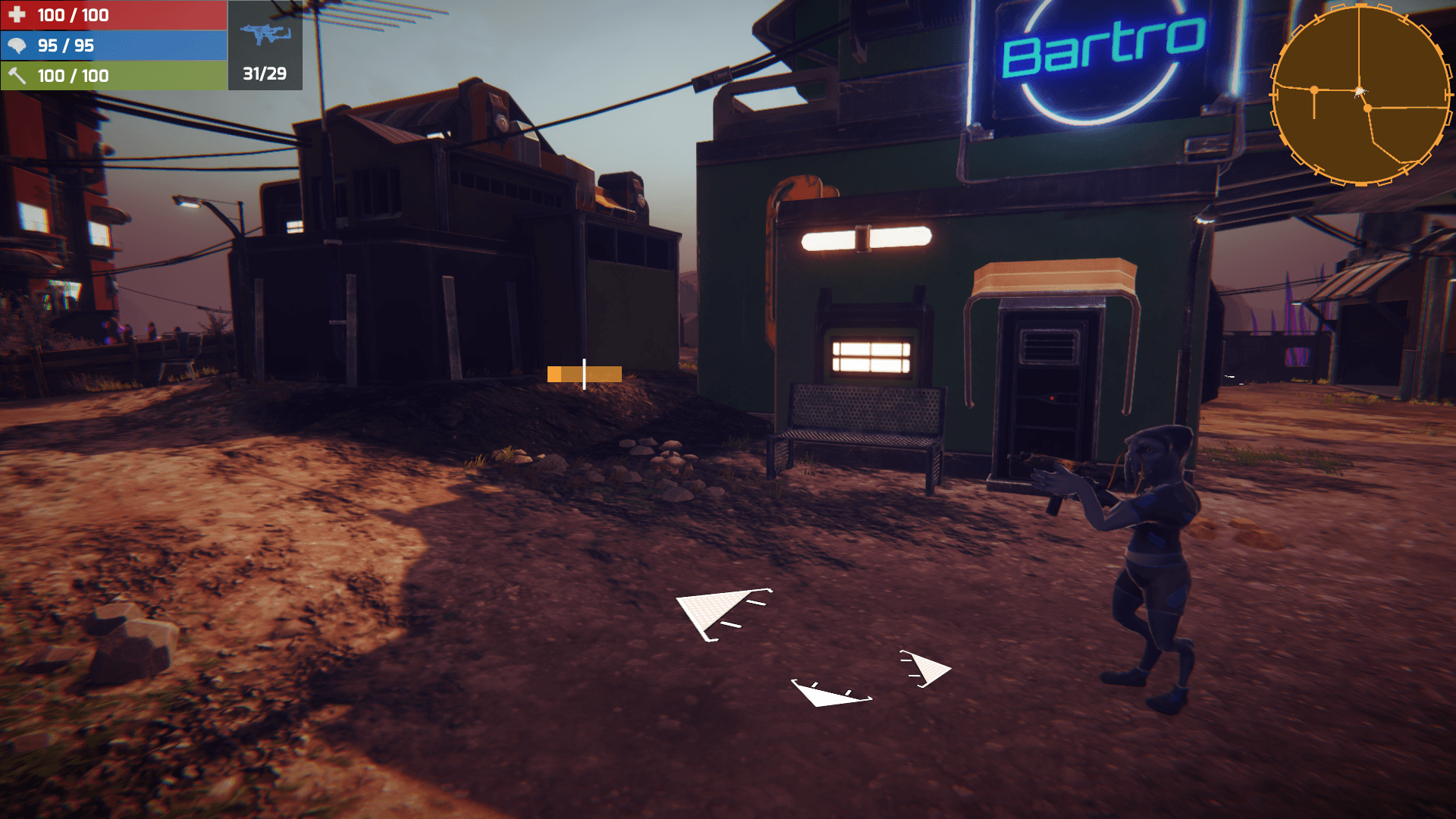 Reloading in Journey's End is now much more interactive by introducing a timing mechanic. Pressing the reload key begins a reload and displays a bar which moves across the reload display. When the reload key is pressed again while it is overtop the shaded portion of the reload bar, the reload is completed as a standard reload. By pressing reload while it is over the solid portion, the player will get a crit reload, filling the magazine or clip with critical rounds!

"Bartro, the new place to enjoy your blasto drink, why going to a bar or an antro, when you can go to BARTRO"