In the new Intruder development video we talk about the new 3d Voice Chat and the Hand Radio as well as if you are interested in becoming a tester! 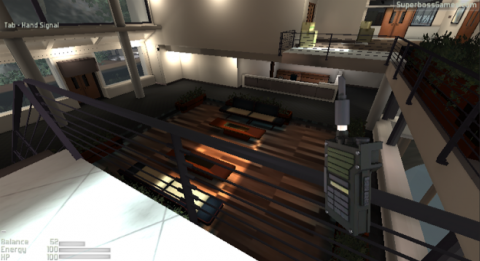 Voice chat in Intruder isn't an after thought. It was designed from the ground up to be an essential tool for team tactics. Missions are completed or failed many times based on how well each team is able to communicate their own positions and the positions of the enemy.

Highlights of the Voice Chat

Have you planned to do any Oculus VR testing? Games looking better and better guys, I can't wait for a finished product!

This game brings super fresh innovations to the FPS Genre and you ask them about Oculus Rift? GTFO and let them finish this first.
There is no need to go hype a game with 3D instead of any real gameplay values again.

This starting to look pretty good!