This is going to be the last chapter of the “In Toonstruction” series, in which we wanted to show you, with a series of short articles and videos, how our creative process is going nowadays with “Fleish & Cherry in Crazy Hotel”.

We’ve said a lot of times in these articles how we’ve faced our rookie mistakes while developing our game. So, to put an end to this small journey, we are going to show you the different shifts the game have endured to reach the latest stage, in which we are currently immersed, and how we have survived, grown up as developers and become stronger. The development of our first game hasn’t been easy, but isn’t that the point? Learning while always moving forward. The game we are making deserves the commitment we have, that’s the game developer’s way.

When we started developing Fleish & Cherry in Crazy Hotel, we were almost unaware of the size of our project. We started developing the first prototypes in XNA, in which Cherry was able to walk and interact with objects, and the walls weren’t hidden until Cherry entered the room. Over time, we decided to migrate the project to Unity because of all the advantages that the engine offers.

The first demo we made transmitted the feeling of a poor design without coherence: The game didn’t surprise, didn’t bring anything new; the only remarkable things were the art and the humor of the script. Also, given the ratio between the tiles, objects and characters sizes were not well designed, the demo was full of invisible objects that made frustrating just walking around in the game, because when an object that occupied half of a tile, the other half was also flagged as occupied and you couldn’t walk through a seemingly empty space. Another problem was the isometric view itself. The players really had a hard time moving around and interacting with objects and characters in the demo, something that needed to be improved urgently. Despite lacking a great planning, being forced to develop the demo in a record time of a week, was the perfect exercise for us to start understanding the game needs and the difficulties of designing a game… and really sweat in the process.

During that time we learned a lot; we could say that “Crazy Hotel” has been our somewhat treacherous video game college. So, there was a moment when we saw that fixing the bad design of the game was a harder task than starting from scratch, as for each problem we solved, three new problems arise.

We decided to restart the development of the game, starting almost from scratch in many all the fields, like script, art, game and level design, etc. For almost 3 years we have been working very hard on this new design. We have gone to some events to show the “new” Crazy Hotel, also we have made a lot of playtesting to continue learning and polishing the game.

The changes made in this “new” Crazy Hotel, have been: 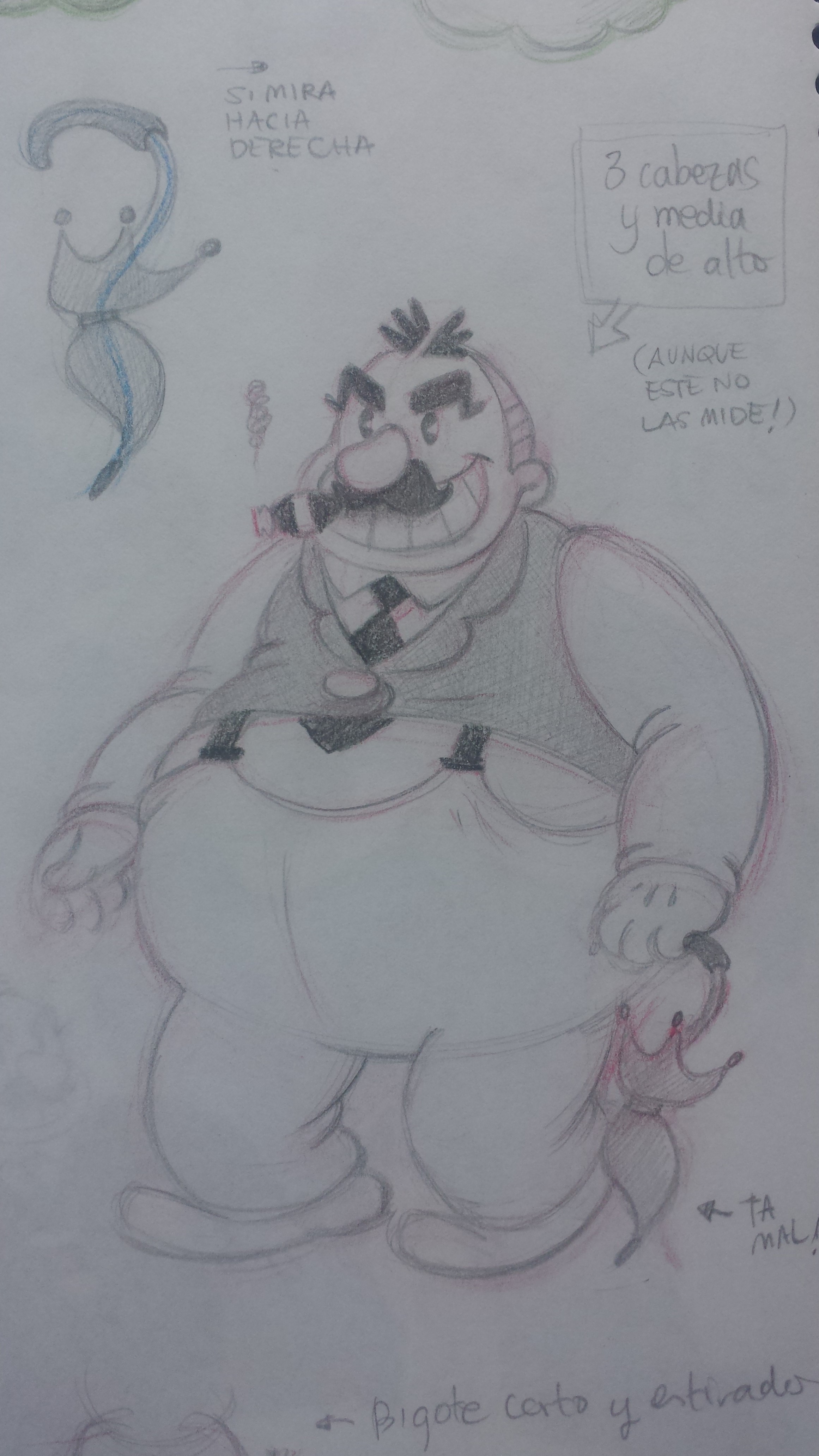 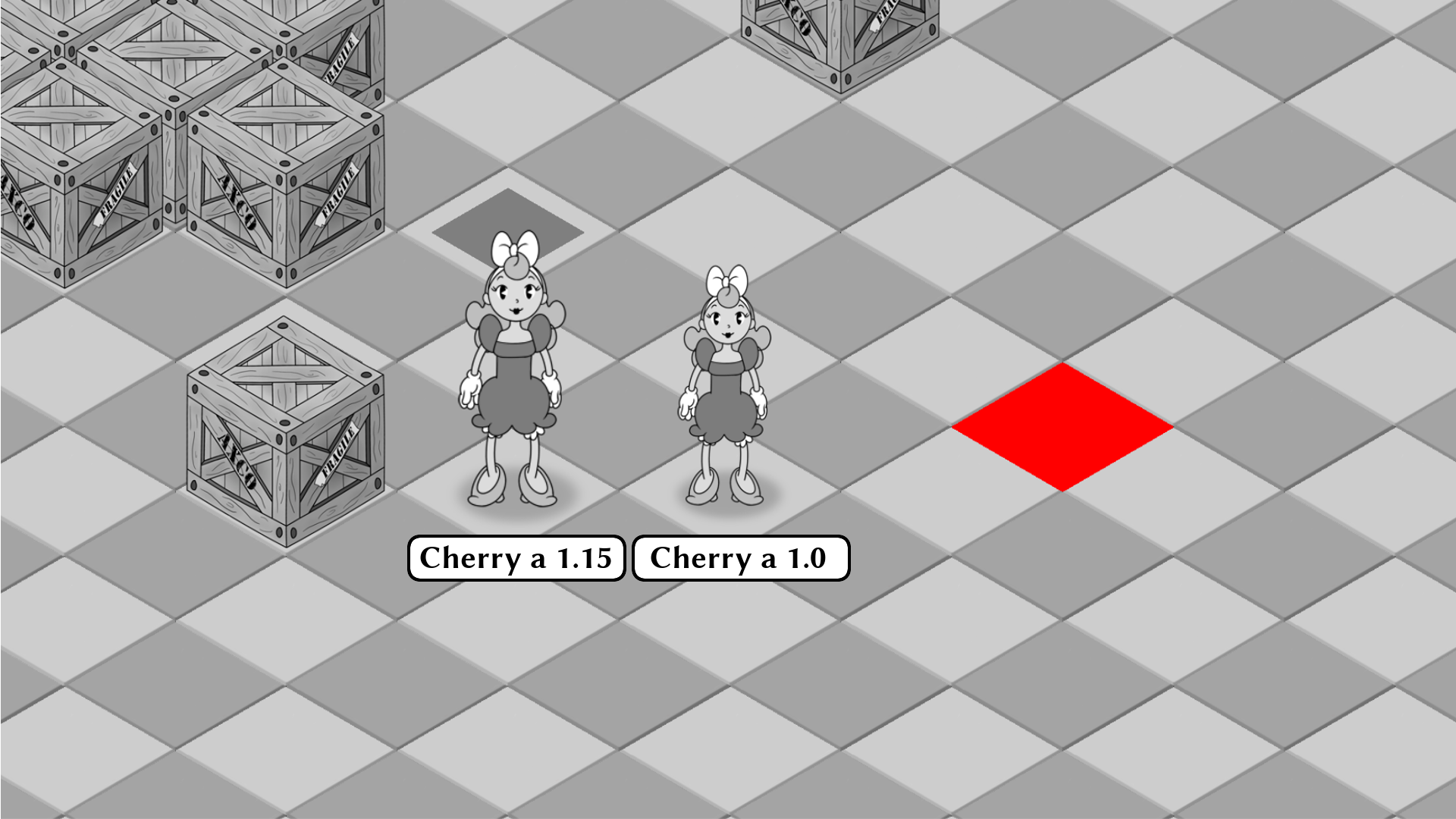 What now? From October 2016 until the future

Nowadays, we are in a process of only production, no longer creating anything from scratch, just working to finish everything what we planned. The script of the story and the characters are written, the puzzles are designed, we have drawn more than ¾ of Crazy Hotel scenarios and in programming, the only work is to implement all new features passed to clean or changed by testing.

From Red Little House Studios we confirm that in 2017 Fleish & Cherry in Crazy Hotel will be finished. However, we will have to find a way to translate the script of the game into English and find a way to finance it.