Seven years after the creation of the mod we're still going strong. This update contains details on 2.1's development, and some new pictures.

Today marks the 7th anniversary of the beginning of Thrawn's Revenge. Over those 7 years there have been dozens of people who have helped create the mod directly and indirectly, and thousands of fans who have contributed ideas, constructive criticism and supported the team in our efforts in various ways.

Those efforts have translated into 3 minimods, 4 major versions of Imperial Civil War, 300,000 downloads and taking into account Ascendancy, a collective 2700 watches on Mod Database, 800 likes on Facebook, and tens of thousands of comments and forum posts.

Before getting into the development news, we have finally decided to start using the domain www.thrawnsrevenge.com instead of gutr.swrebellion.com. We're still going to be under the same great hosting of the SWRebellion network and the same site layout and design (so forum users don't worry, your accounts are safe), but we've been aware for a long time that our domain name doesn't really lend itself to easy memorization. We're currently not switched over yet, but just remember to switch your bookmarks. The gutr domain will still redirect for a little while after we're live. 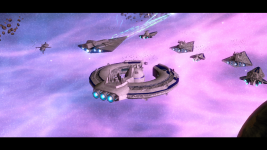 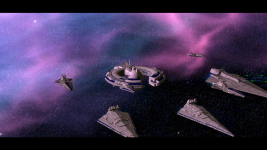 That being said, after the release of 2.0 we immediately got to work on 2.1. We've been relatively quiet about it as far as news posts go, having focused mainly on video, so in this update I primarily want to take the time to outline the main thrust of what 2.1 is going to include.

The guiding principle of 2.1 has been and will continue to be bugfixes and general quality of life or polishing improvements. This ranges from the little stuff like balance changes, up to larger and more glaring issues like the era change issues in Art of War, the base layouts, and the attack loops of the AI (which I think I have resolved, but will not be sure of until we can get a larger testing pool). We're also cleaning up some of the rough edges on the Empire of the Hand and Pentastar Alignment, such as the lack of tactical upgrades.

Part of this plan has included a smaller focus on adding new content than we have in previous versions, as this makes us more able to be confident that we're not introcuding new issues and allowing us to put the full focus on polish. This does not, however, mean you will not have new toys to play with. 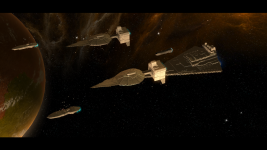 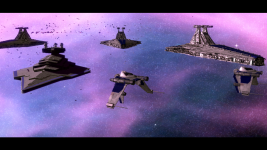 One of the main additions is the highly requested heavy Empire of the Hand defense platform which has actually been in production since before 2.0 released, but had some significant delays for reasons I won't go into. This is the Visvia, a kilometer long platform with several small weapons emplacements, but also four gigantic tracking turrets which have an extremely low rate of fire, but which collectively deal damage on the scale of an Imperial hypervelocity cannon.

In addition to this, there are some other gaps in the unit list which we're addressing, mainly for the Empire of the Hand and the Pentastar Alignment. The Empire of the Hand will receive at least one new ship, and the Pentastar Alignment will be receiving several with different requirements to build them, to compensate for their lack of interaction with the era system (considering that canonically they were re-incorporated into the Empire after era 2). These ships include the Lucrehulk, the Recusant, and a few other Imperial ships. For the Empire of the Hand, they'll be receiving at least one frigate to fill the gap between the Chaf and the Kariek, which means the Kariek will be dropped to its intended power level. We're also finishing the redesign process we started with the Phalanx in 2010 by redesigning the Vigilance and Massias. We understand that some people grow attached to the old designs, even if just for familiarity reasons. Slevered addressed the need to redesign these ships, specifically with reference to the Vigilance but outlining the team's general feeling on the issue by saying:

Slevered wrote: There are actually multiple reasons why the vigilance needed a design change. Although the unit had some interesting design elements, it did not complement the other ships in the same faction. Two key design elements caused this dissonance to occur. The first problem was the engine design. Although it does convey a fierce aesthetic, it does not match any design element in EOTH. The second problem is the structure of a singular hull plating with only standalone "theme park" elements that pass on the top tiers of the hull. This design decision caused an awkward focal point at the only extruding parts of the design.

The updated model not only matches the core design elements of EOTH, but also uses the old Vigilance as an inspiration behind the personal design requirements I set out when I drew and modeled the ship. I enjoyed the fierce engine but there needed to be a more balanced composition and silhouette.

The design of the ship will also bleed over into gameplay when selecting units (even though this is a tiny ship, the principle still stands) and designing iconography for ships.

We're also adding two new galactic conquest scenarios. The first of these is a 103 planet era-progressive GC (like the Art of War campaigns) called Imperial Civil War. This is more in keeping with the 1.3 version of Art of War which had more planets than the 2.0 one because it focused on fewer factions. This GC includes the known galaxy, which means the playable factions are the Pentastar Alignment, Imperial Remnant and the New Republic. Essentially it's the Art of War without the Empire oif the Hand which people have been asking for.

The second of these two GC's is a new version of From the Ground Up, the single planet start GC, which includes the Pentastar Alignment, which was added after that original GC in 2.0. This one we're still working out the details on. 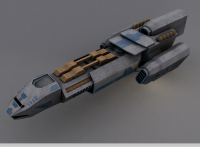 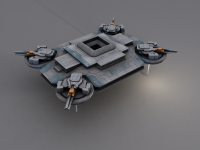 The biggest addition to 2.1 is Survival Mode. In this you fight of waves of enemyt units with limited credits and ship production. You can see a more in depth presentation of it, as well as the first few waves of the New Republic version in this video:


That's all for now. Hopefully it gives a better or at least more collected idea of the overall plan we have for 2.1. We'll be going into more specifics with each of these in future news posts. If you want to track specific changes made so far, there's a thread for it here.

My god, you really have done Star Wars proud

Congrats on 7 years of making a quality mod.

Once again, congrats on 7 years! Thrawn's Revenge is my most favorite mod I've ever played with (that's spanning about two dozen games and hundreds of mods...) and the time you guys put into it is really astonishing. I heard that 2.1 might be the final release, so I may have to buy SoaSE just to see what other great things you guys can add into games. Great work, happy 7th!

yeal are the only reason i started using mods yeals work is fantastic i have one question though do yeal have a plan to make an actual thrawn campain with storyline etc? that would be the only big thing i could ask for.
once again thanks for all the great work and time put in.

to think I have only been following for 3 maybe 4. cant believe it has been that long. this is my favorite mod for EAW and I greatly appreciate the mod team making this amazing mod for the EAW community, keep up the good work

I'm sure i'm just repeating something some one has already said but, will there be a fix that will allow us to select all fighters? (and the hunt for enemys thing, wouldn't it make sence that the fighters could still hunt for enemys even in the neb fields?)

Not unless Petrodisney decide to make one.

"The guiding principle of 2.1 has been and will continue to be bugfixes and general quality of life or polishing improvements [...] like the attack loops of the AI (which I think I have resolved, but will not be sure of until we can get a larger testing pool)."

I remember in very old versions that once I took a certain new republic planet as empire of the hand they would take every fleet they had and produce more and throw them at the planet I took all individually or in very small fleets. I had to manually fight them because autoresolve makes me lose ships I wouldn't if I actually did the battle. I had to spend like 2 or 3 hours fending them off before they finally stopped. should have seen the drop in credit income and military force in the graphs :p

Its all good I hope the AI makes me beg for mercy because I like ruthlessness of AI's. There will always be the human advantage of course. I'll be looking forward to the update.

awesome 7 years they have been