We reveal a new vehicle, the Half-track. We also talk about the development of Foxhole's history and discuss a completely new region of the world.

We re approaching the end of the year soon and the team is wrapping up work on the final update of the year, which will be 0.0.19. We're trying to cram as much good stuff as possible into this update so there will be much to enjoy in Foxhole over the holidays. While our studio will be closed for the week after Christmas, we're planning some events to keep the Foxhole community busy until the new year. Stay tuned for more news on this in the coming days!

We are almost ready to release the first version of the map of the region that is north of Deadlands. This area will be called Callahan's Passage and will present a layout that is a stark contrast to our previously released map, Upper Heartlands. 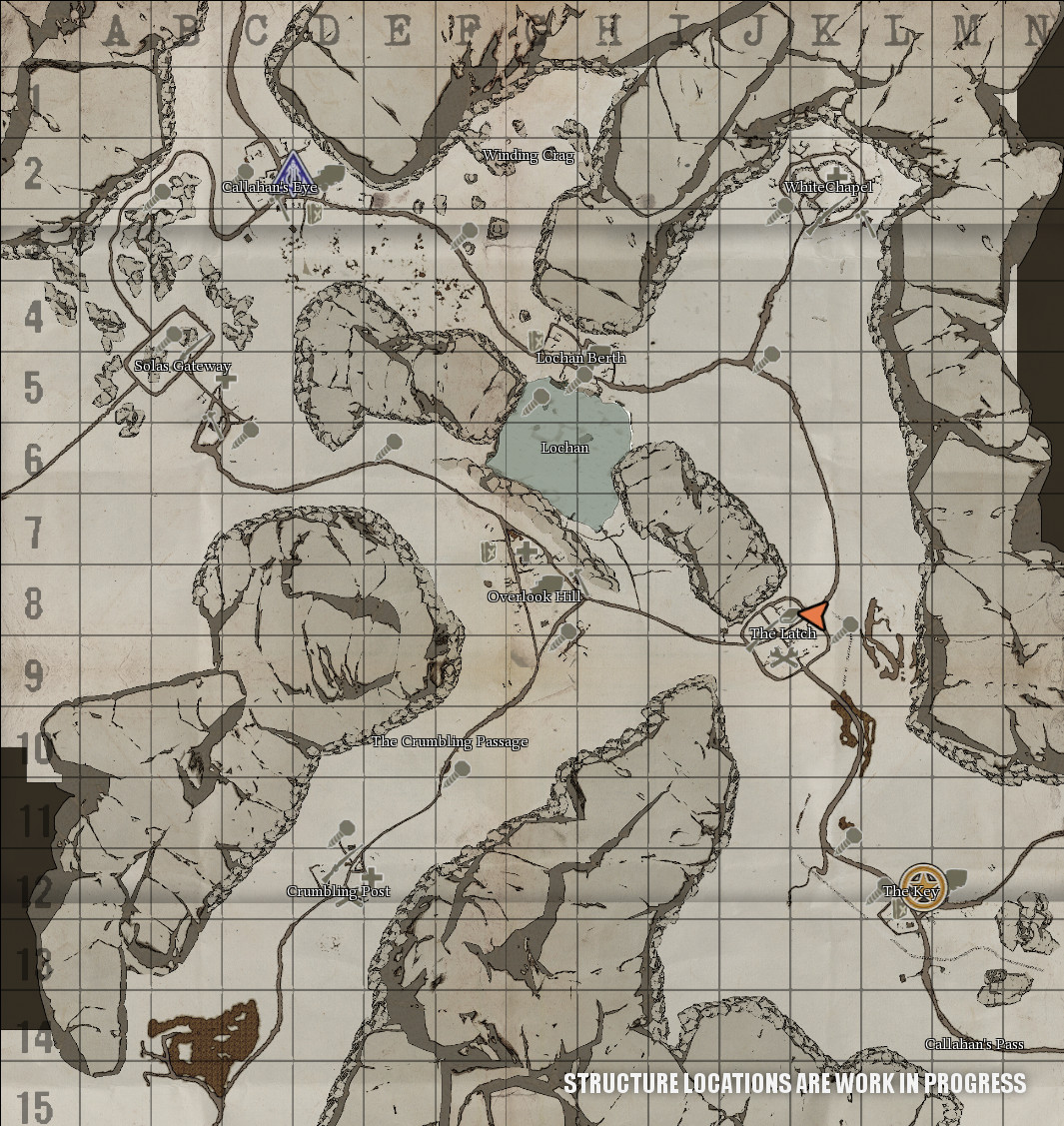 This region is much more mountainous and as a result, there will be a greater sense of elevation. Much of the landscape is made up of tight rocky corridors, creating natural bottlenecks in the environment. The center of Callahan's Passage features a giant frozen lake called Lochan, which serves as a treacherous battlefield between two neighboring towns, Overlook Hill and Lochan Berth. 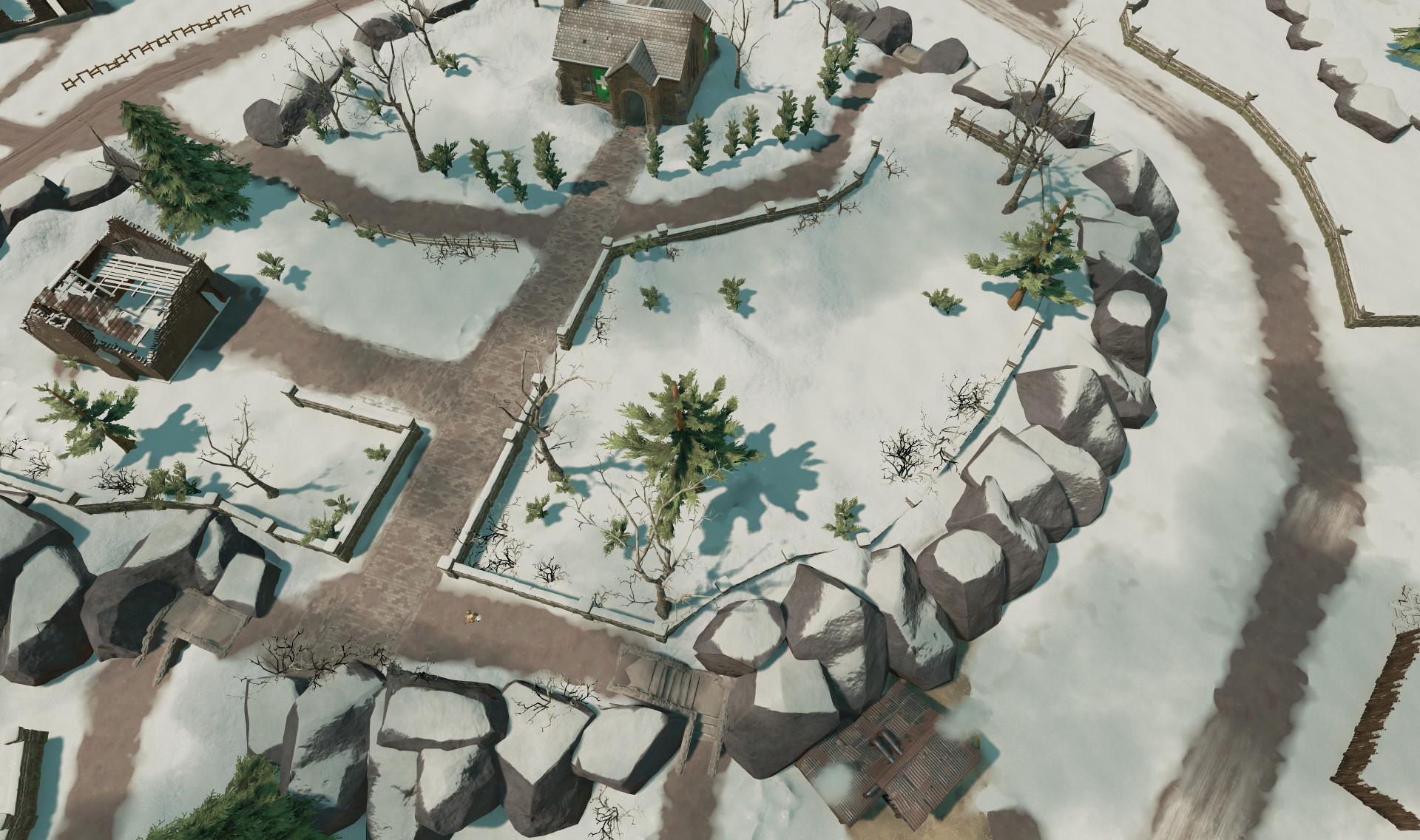 To the north of the region, there is the interesting settlement called White Chapel. This entire area is perched on a small hill, making it naturally defensible. The only way into White Chapel is through one of several surrounding stone stairways. 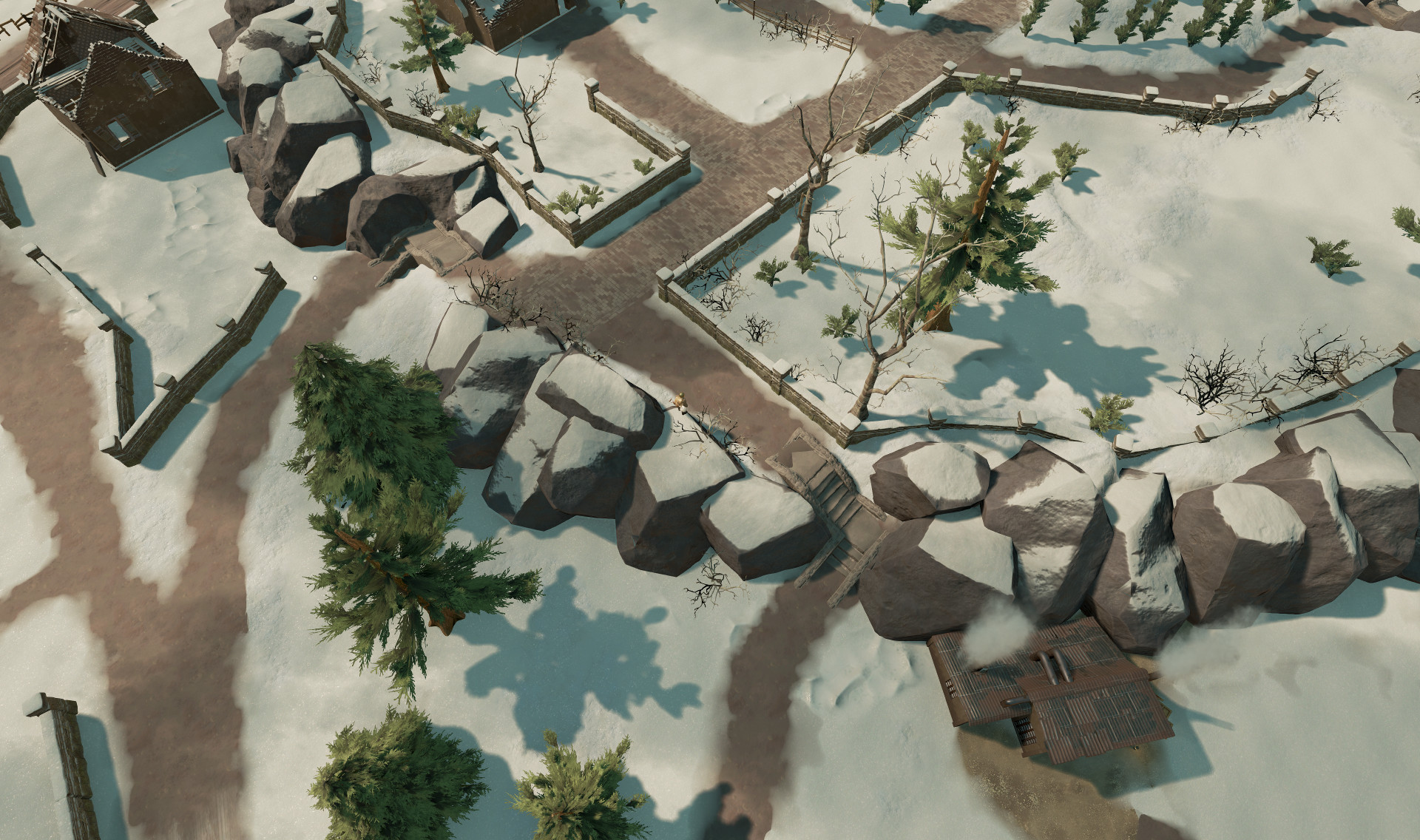 One of the goals of Foxhole from the very beginning was to not only make a ground breaking persistent world war game, but to provide an original and compelling world that players can be excited about. We wanted to create a game that featured World War 2 style warfare, but took place in an alternate universe.

During the early part of the project, we developed some lore elements to begin realizing this unique world we wanted to create. You can see hints of this in the current Pre-Alpha version of the game. A short while ago, we began to put more serious effort into fleshing out the universe of Foxhole. 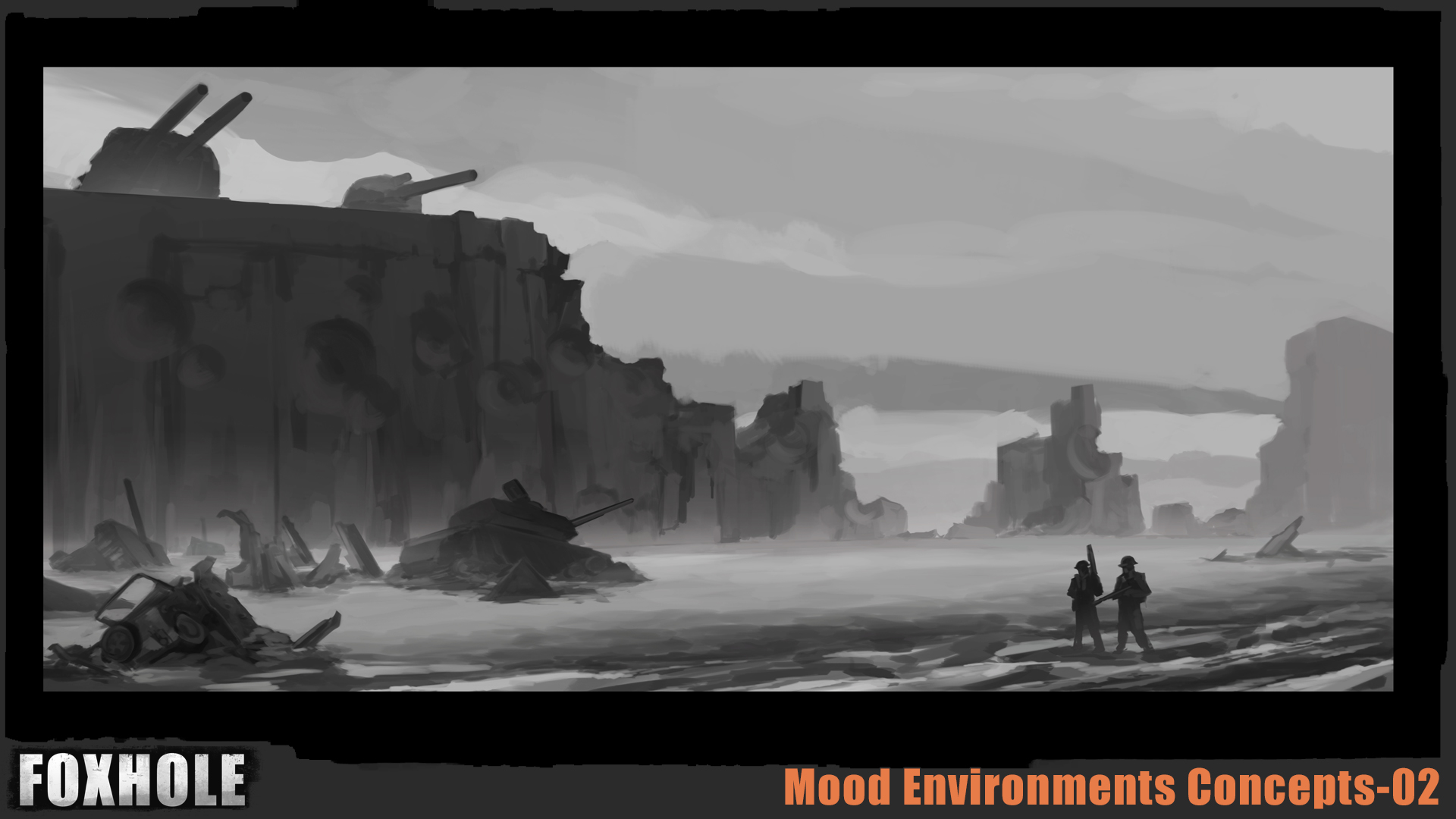 One area that we have focused heavily on, is in the development of a strong history for the world. When asking such questions as "Who are the Wardens and the Colonials?" or "Why are they at war with one another", it was very important to us that origins of each side was well defined so that we could understand their motivations for fighting. 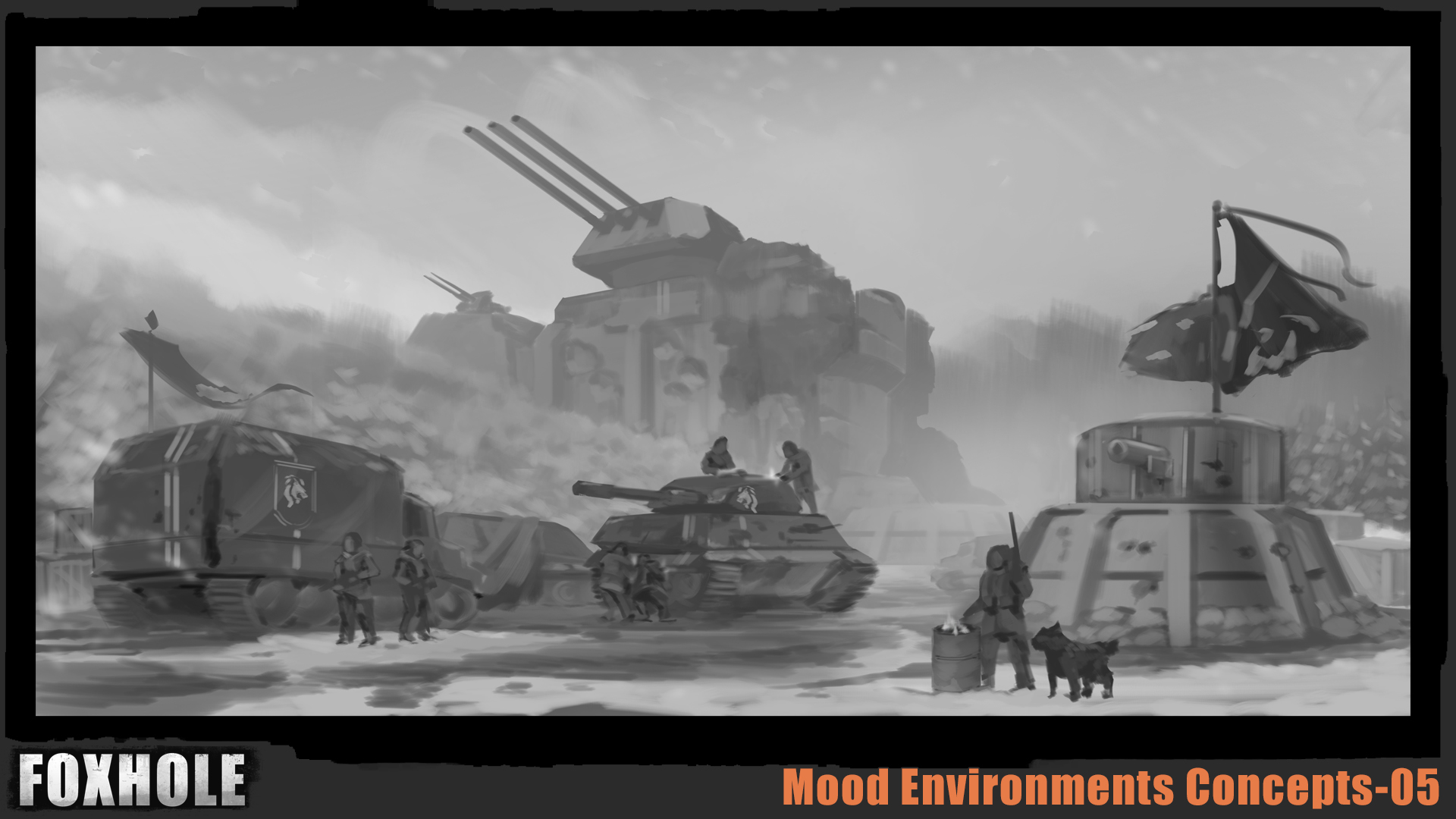 We recently brought on board Julian, a local concept artist that has been helping us visualize the world of Foxhole. Some of his early work shows us events from the ancient past of the Colonials and Wardens. More of the universe of Foxhole will be revealed in time. 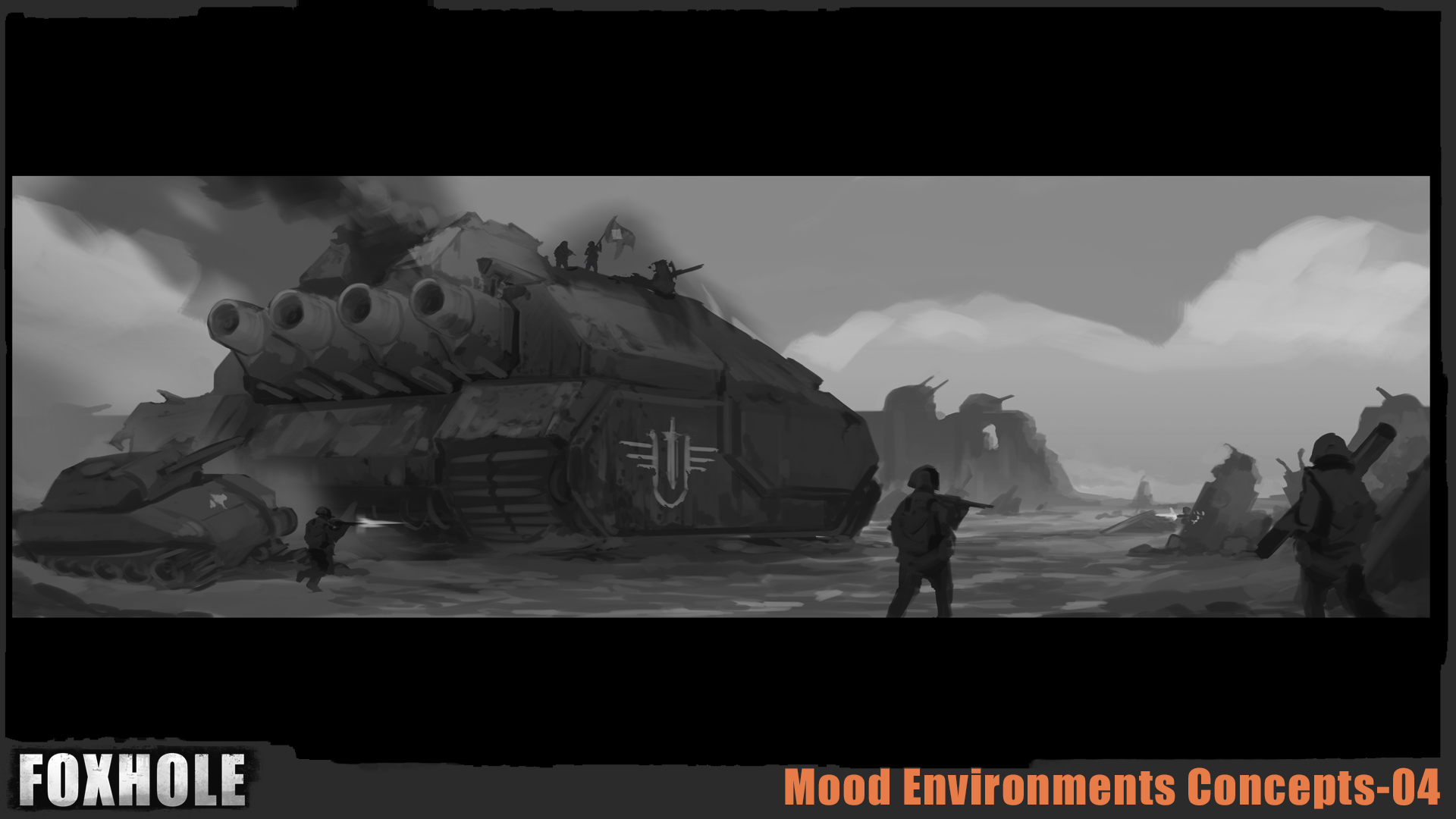 The next vehicle you will see in Foxhole will be the Half-track. We initially didn't plan to release this before the end of the year, but we really wanted to offer something exciting for the community to play with over the holidays. As a result, several members of the team are working extra hard to get this one out for 0.0.19. Another big motivation for tackling the Half-track was to lay the groundwork for future vehicles with mounted weapons. 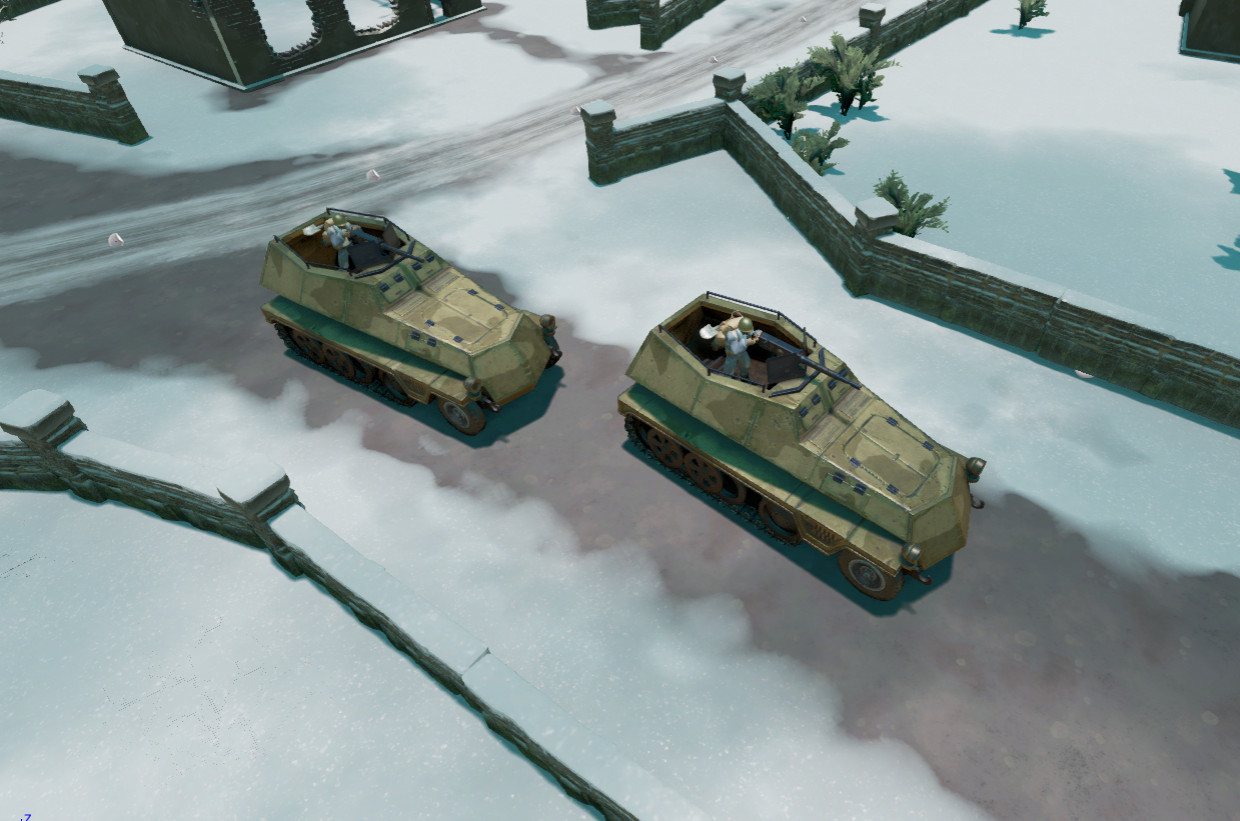 The Half-track will be an armored all terrain vehicle and weapon platform used to support infantry during assaults. It will be the first combat vehicle in Foxhole. The Half-track will allow for one driver, one interior passenger, and one top side gunner. A swivelling heavy machine gun will be mounted on top, allowing the gunner to provide a base of fire for ground forces entering enemy territory. 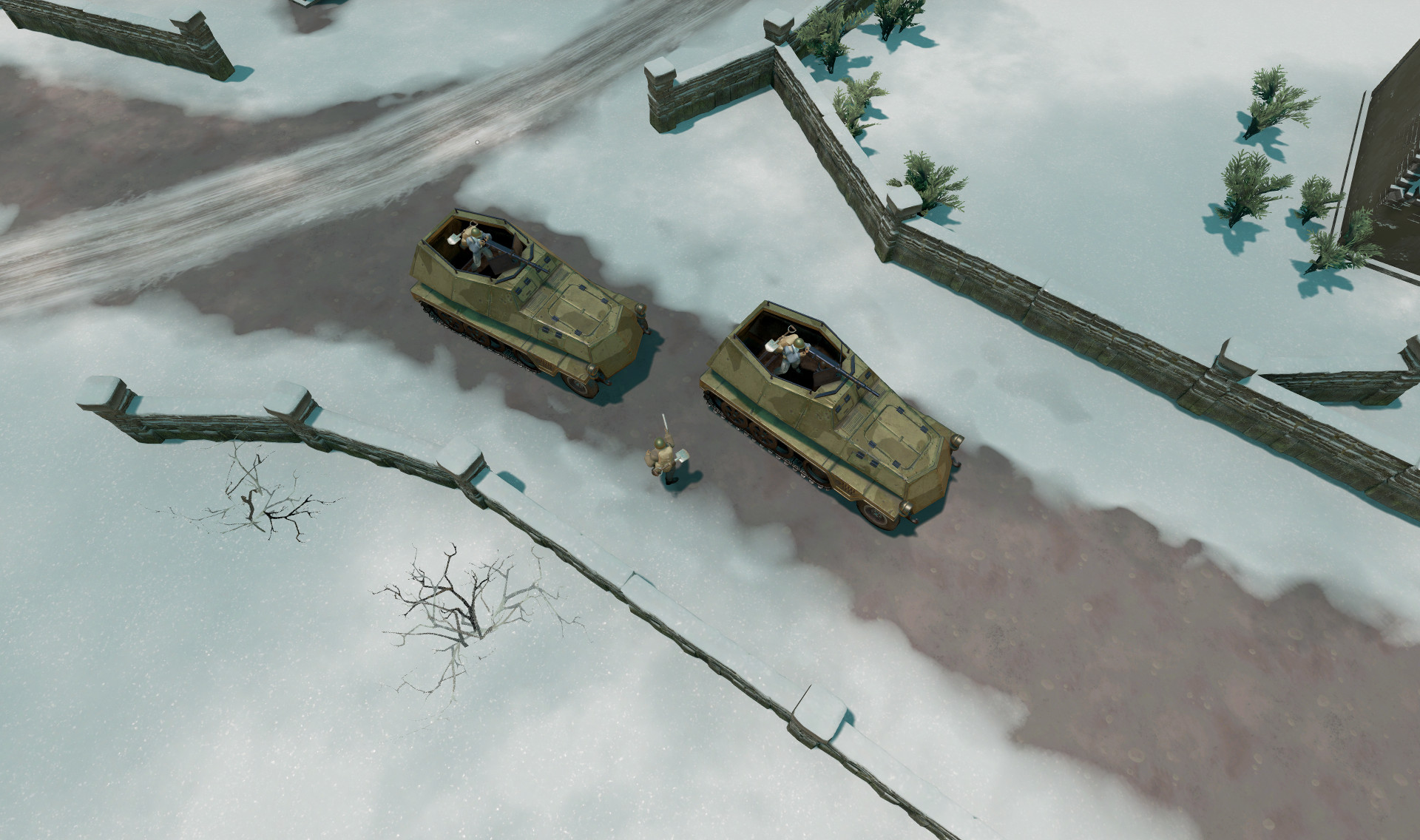 The Half-track presented many technical and artistic challenges for the team. One of the biggest hurdles was in animating the treads. We knew we had to solve this problem the right way in order to pave the way for other tread based vehicles in the future like Tanks. Our goal was to provide a solution that would make the treads move in a convincing manner, while maintaining good performance and frame rate on clients. We tried several approaches that are shown below.

So which solution did you settle on? Doesn't look like the third one.

We actually did settle on the third solution, but we used more than one layer of mesh to give it extra volume.