In which work on the new level continues; door- and window- frames are made; as is a ceiling, roof, and floor; and surrounding grass is in progress.

This week's screenshot shows progress on the level shown in last week's blog-post: 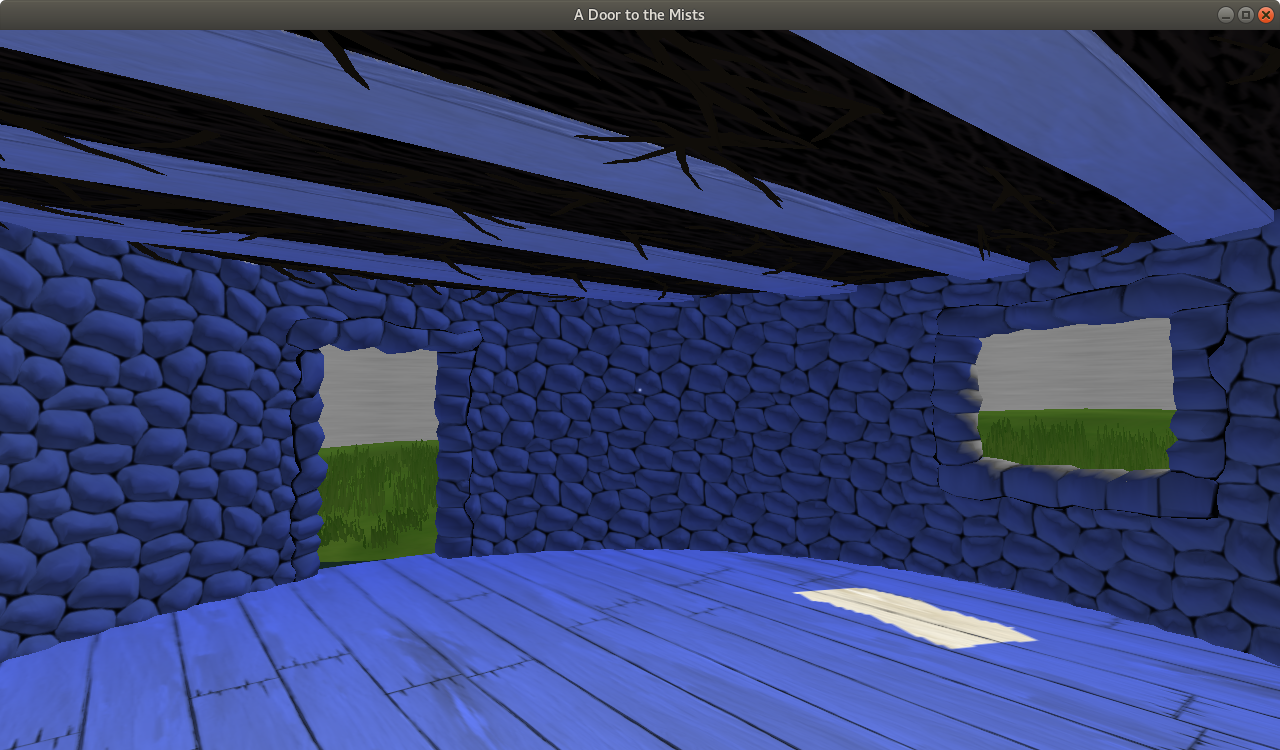 Indeed, it was work on that level which occupied the week just past:

The modelling of the walls was one of the trickier parts of this work--specifically, in those places where a door or a window caused the exterior to meet the interior. In those places, the UV mapping resulted in a sudden flipping of normal-map directions, and thus an unsightly seam.

So in the week just past I set about fixing this. It took a few attempts to get right, as I recall, but what I ended up doing was as follows: the window- and door- frames are now separate objects, carefully UV-mapped and embedded into the walls. Being of limited scope and constructed piecemeal, they can simply follow a single line of stones down the texture-map, and thus avoid having to "flip" at any point. Their edges where they meet the walls are then blackened, to give an impression similar to the dark gaps present between stones in the texture-map.

The effect isn't perfect, but I think that it works! 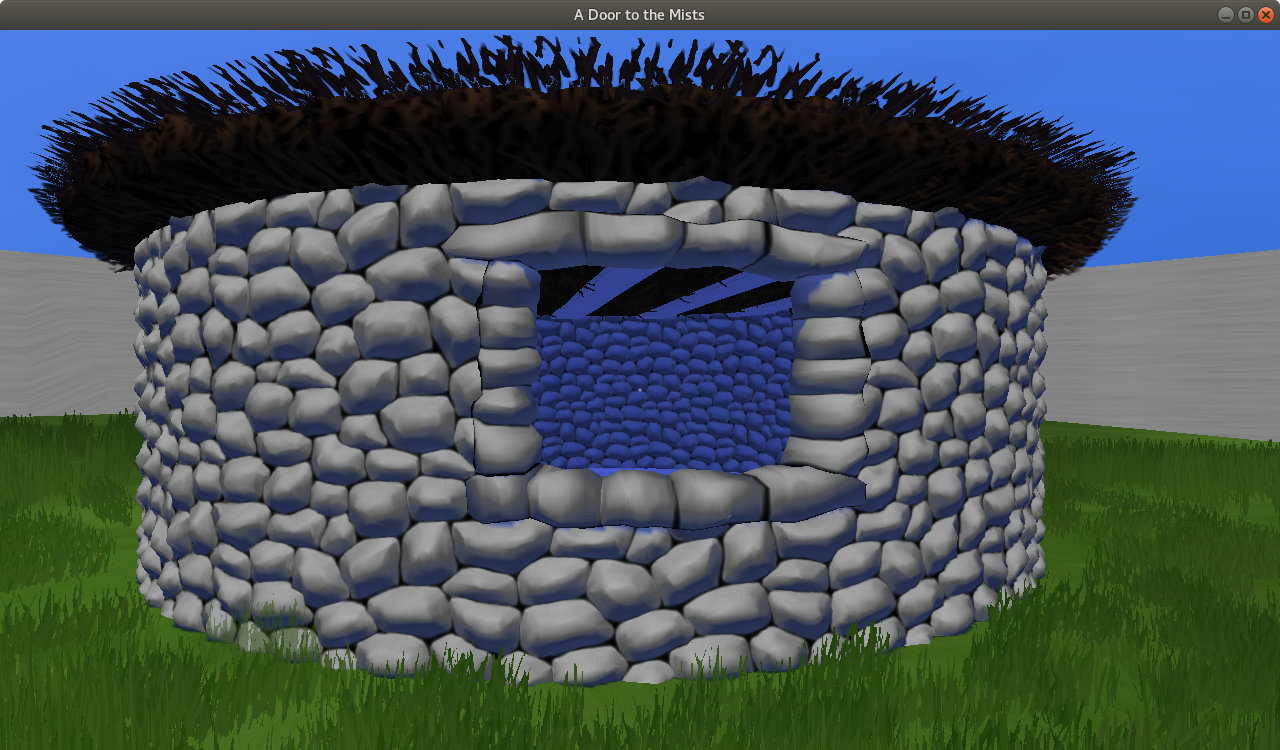 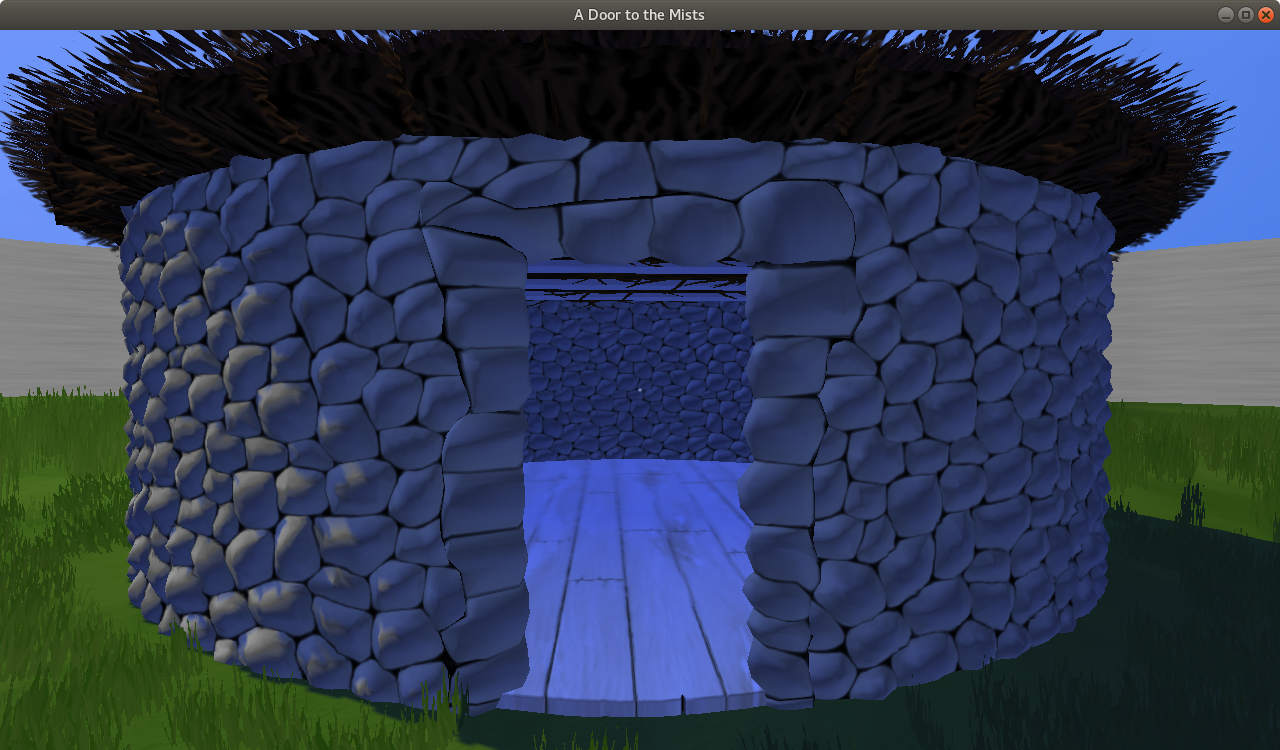 Beyond that, I've set in place the floor, ceiling, and roof. The first of those uses new colour- and normal-map- textures based on pre-existing ones, while the latter two use a set of entirely new textures. The ceiling furthermore has some little geometric "twigs" sticking out of it, to make it seem less flat.

I'll confess that the roof gave me a little trouble, specifically in getting that fringe of twigs to look right! Nevertheless, I'm fairly happy with the result, I believe.

And finally, I started work on the grassland that surrounds the building.

As before, grass is my nemesis of old, and while an uneasy peace had for some time held, our conflict has surged anew. 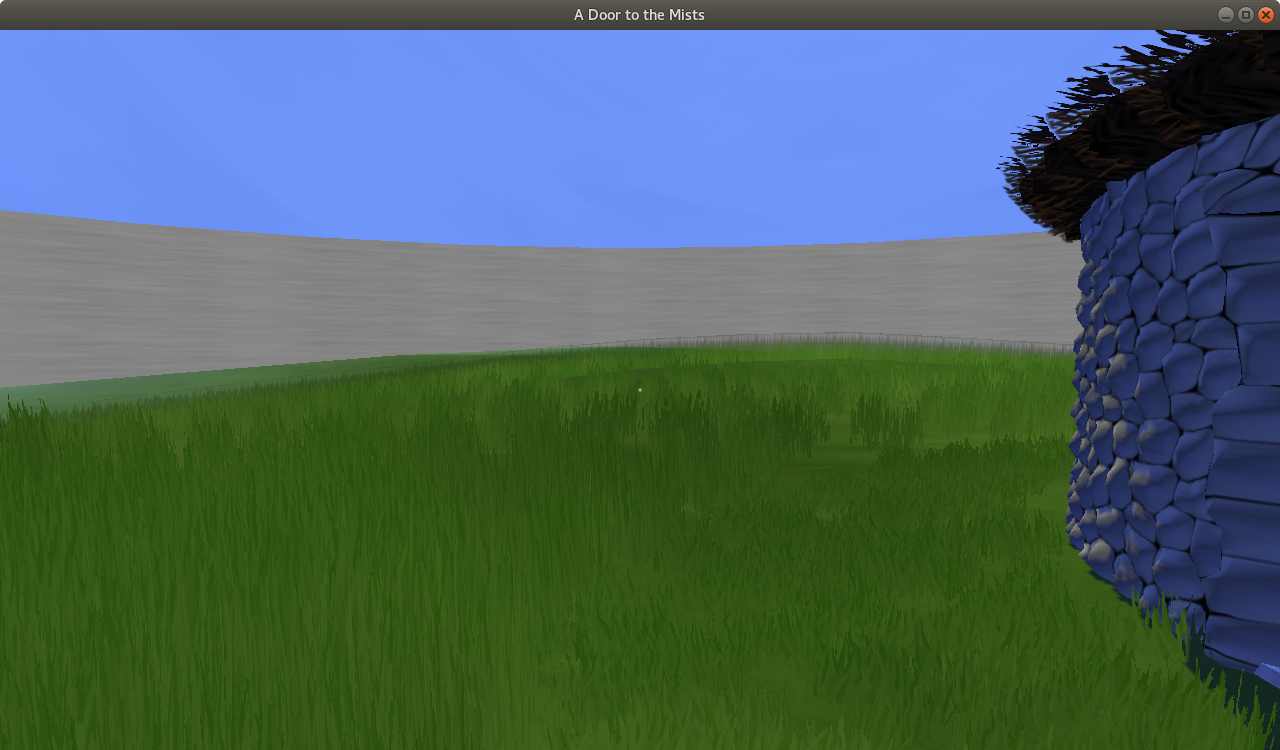 To be specific, while the nearby grass succumbed with little trouble--it's largely copy-pasted from level one--the distant grass is proving difficult. Several attempts were made to conquer that grass, as yet unsuccessful--but I believe that I have a new tactic in mind which may at last overthrow it...

And along the way, I made a few additional shader-variants, including a "sunlight" version of the extant player-light "decal" shader. I'm not sure of whether I ended up using any of them as of time of writing, but they may well prove useful eventually anyway--that "decal" shader especially!