This is our first Community Update. See third party maps in development, how our fans think of us, and a teaser to out next update...

It's update time with GoldenEye: Source, but we are going to take a different approach to this update. Today is Community Spotlight! Without our community we would not likely have come as far as we have, so for that we would like to thank them by dedicating this update to them.

Back in our Beta 1 days, the community was alive with custom content and third party maps. Something has happened from then and now, but we are starting to see an increase in community activity which we love. All the developers have real life jobs and situations that prevent us from releasing updates as often as we would like, but with the community, we can continue to play the game with fresh content between releases.

The map is actually a pseudo-remake of an old Medal of Honor multiplayer map which was a V2 Rocket Facility. The layout is not sticking faithfully to the original map design much at all, only the general layout with necessary refinements to fit GoldenEye gameplay suitably.

The map is obviously based off of Bunker, but our Bunker is still in development. Until then we have this nice beauty to look forward to.

This map is based off of Grid from Perfect Dark. The level looks amazing, and according to the designer the map is "Almost finished and will be releasing soon".

All three of these maps are not released yet, but we wish them well and a quick production!


Alex Kresovich took the original tracks in GoldenEye 007 and remixed them with rap music and released them as Gold N' Fly. The remixes are quite enjoyable to listen to, and quite fitting to play with GES. If you want to download the whole album, you can get it here.

One of the most amazing community things to be presented to the mod is the "Gilded Klobb" thanks to Mangley. The Klobb is just a alternate skin for developers to play with (So no, it's not going to kill you any faster :P). Lets hope that he makes a new skin for our Black Klobb that our Beta Testers have been hoping for. 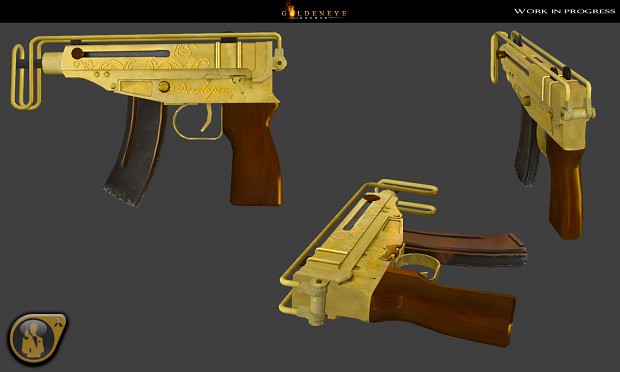 The Invaders Source is an 80s themed sci-fi mod that is being worked on by one of our developers "Kinky" as a school project, but has turned into a full mod. The current set release for it is July 4th, so keep an eye out for this one.

Today I would like to announce GoldenEye: Source's first Community Project! The goal behind the project is to make monitor images. Some of our current ones don't really reflect the game or the time period the movie was set in.

The goal is to recreate the ones from the game, or make some new ones based off of period operating systems (Win3/Win95, DOS, or Boris's one used in the movie). Here are some examples we came up with. The cube and the multiple images both reflect monitors from GE64. To have something from now but look like it could have been there before, the steam pic could replace our current one.

The rules of the community project are simple. Make a 128x128 or 256x256 image, either animated or static, that would be placed on the monitors around each map. There will be a topic made in our forums "Custom WIP" section for all entries. Winners will get their name put in the credits of the mod in our next release. We hope to see many entries! Go to Forums.goldeneyesource.net to submit.

Within the next week or so, we will be making our regular news post that reflects on the team's progress. We can't say much about it yet, but we have this teaser to leave you with. 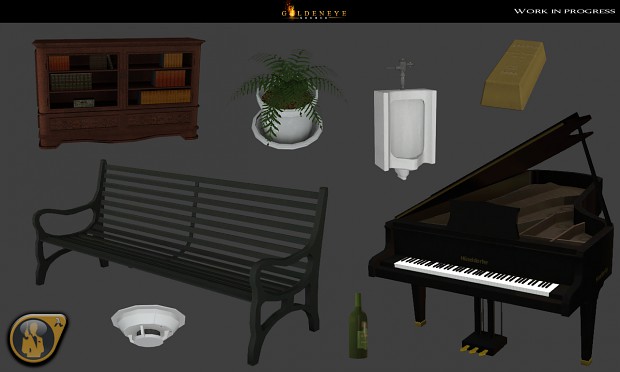 Remember our forums are always welcome places to hang out, support us and find more!
Forums.goldeneyesource.net

Brilliant! I was hoping for an update from you guys soon!

the update isnt released yet, right ??

Or is it cuz i am in europe and u r all sleeping ?? xD

Community content? Thats great!
Invaders source also is looking interesting, 80's sci fi ftw! At first i was kind of thinking some of the 70/80's levels in Time Splitters :P

Wow. AWESOME update =) Any chance to get "The Invaders Source" trailer tune?

hey does this mod work for windows 7? cuz i just recently tried dling it and it gave me a wierd message saying that i had to see if it was compatible with it, so if you could plz send me an email about it, and put goldeneye mod as the subject so i know what the message is about... thank you!!!!!!!!!