After combined 12 years in development, engine changes and constant rewrites to circumvent engine issues - Generals Evolution mod is finally released as an early beta version for you to try! 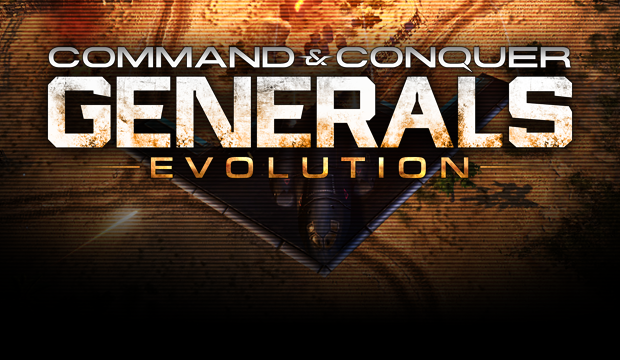 At long last, the wait is over.

After combined 12 years in development, engine changes and constant rewrites to circumvent engine issues - Generals Evolution mod is finally released as an early beta version for you to try!

First of all, sorry for the short delay, I've missed set release date by a few days, but those days were very fruitful for the project, even though I had to work quite literally day and night on it without stop, but I think it was very well worth it in the end, thank you for being patient, well, to majority of you.

So, here it is, project that took me almost half of my life to make, and yet it's still in beta, but hey, it's mostly playable and MUCH more complete than previous RC1 demo release.

It's been a very wild ride, after countless revisions, engine migrations, engine oddities and quirks me and sgor00 can finally release something we're proud of. We've spent over a year working every day to finally polish things up, make mod more feature rich and cram as much of that Generals feel as possible.

I'd also want to give a special mention to Darth Jane, a long time C&C Modding veteran, who helped us tremendously with fixing one of the bad issues with Red Alert 3 engine which leads to game crashes, she also wrote lovely launcher for us, which grants native C&C Online integration and ability to play mod from any folder, If you wish to thank her for her contributions she has her own Patreon page.

What should you expect?

C&C Generals feel, atmosphere and, partially, gameplay on Red Alert 3 engine, with all its perks and prettiness. We've ported almost every unit from original game, as well as added some brand new to spice up gameplay a bit, these include : Laser Crusader, Laser Paladin, Laser Humvee, Laser Comanche, Bombcars, Katyusha, Armadillo Outpost. You also can expect almost every special power from C&C Generals, from Fuel Air Bomb to A10 Missile Strike. We've also implemented majority of unit upgrades, and I've managed to properly implement SkirmishAI, to the best of my abilities. I've also managed to implement all 9 generals into the game, albeit on basic level. All in all it's a feature rich release that should bring some C&C Generals nostalgia back.

What you shouldn't expect?

General lack of polish, mostly. We've polished things as much as we could in this limited time span. There's also not a lot of diversity between Generals just yet, most of them have pretty general set of vehicles and structures, but this should be corrected in future releases. You also should expect perfect performance and stability, Red Alert 3 engine is screaming in agony from the size of this project, hence the need for the 4gb patcher. 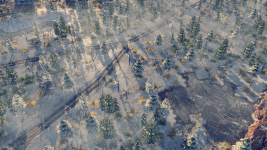 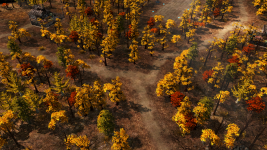 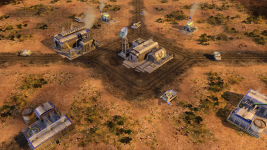 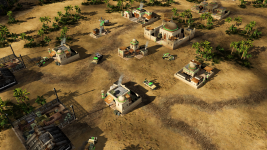 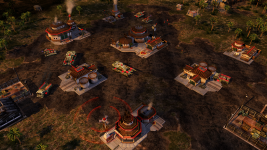 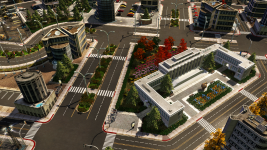 We're happy it's over for time being and we hope you'll enjoy playing Beta 0.1. 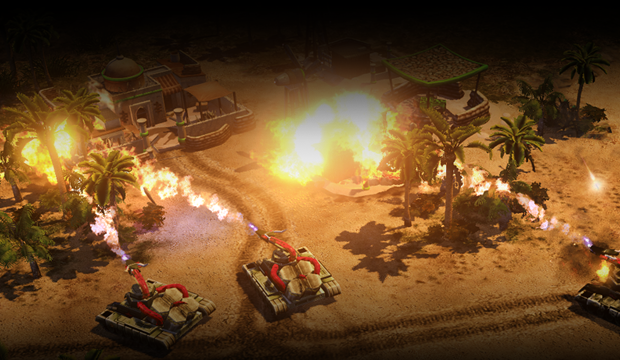 Can't wait to play it. It is look very attractive to me.

First few rounds were very nice. It feels very much like Generals.

Welp, looks like I won't be going to work tomorrow.

Uhh. my computer says it's a trojan?

yes i have the same issu, im thinking its becasue it injects code windows defender has a tantrum

An unknown version of the game is installed. Please get the game from an official source.

i got Origin version with Uprising DLC

It'll mostly not work RA3 with uprising DLC, try getting the original ra3 without any DLC included

An unknown version of the game is installed. Please get the game from an official source.

it works with Base RA3, available on Steam

I have error when i start launcher

Language pack 'Russian' is not installed.
I have rus red alert 3 game
its a problem?

*EDIT* Nevermind it works only with RA3 vanilla, NOT Uprising.

I cannot get past the launcher splash page after clicking play.
I downloaded RA3 uprising fresh from Steam -I opened it and set gfx prefs and even launched a skirmish then quit.
Tried putting GenEvo folder on desktop and directly into RA 3 install folder and running from there.
Tried rebooting.
whitelisted genevo folder in BitDefender.
Tried the "Updated" launcher - no change.
Tried windowed version.
Tried the buggy way to get it running in the mods folder - no change.
Nothing interesting in windows event log.
running latest windows 10.

Get vanilla RA3, not uprising.

How Can I make it work under Red Alert 3 from ultimate collection under Origin?

I also had the same version on Origins. However, I got an error message on Evolution that the correct game was not installed. Because the Ultimate Edition also includes the DLC Uprising under Red Alert 3. Get it on Steam, currently only costs € 3.99 and the offer is open until February 22nd.

Hey, I wanted to ask if the game will also be available in German. Since I'm not that good at English, the German version would be an advantage. By the way, first I got the message "German language" was not installed. Now I've switched the game to English on Steam for the time being, but it should only be temporary.

Nevertheless, I would like to express a big praise to the developers, this feeling of C&C Generals as a revised version based on Ra3 takes getting used to at the beginning, as I have only played Generals so far and did not know Red Alert 3. BUT I like it a lot. I'm looking forward to the upcoming updates. A small support of the project in the form of a donation will definitely follow!

Hello , Nice Job but i have a problem .. Language pack ^german^is not installed. pls help

so can someone tell me what I am doin wrong... I did all what the read said to do and i launch gen evo and its starts but say when i choose skirmish there are no maps or even players or anything at all. i have the origin ultimate collection verison of ra3

Alright so a few things. First off thank you and much love for this mod <3.

So a few notes to maybe help some people along.

0. Downloaded the mod from here of course.

1. I purchased RA3 via steam (Not RA3 Uprising). *It is on sale right now for a good bit off*. I have the origin version but I went ahead an grabbed the steam version of RA3. Installed it, ran it once and messed with the resolution etc.. Closed it.

2. As per the setup instructions, "..... please use this handy tool to patch Red Alert 3 Game Data file:https://www.moddb.com/games/cc-kanes-wrath/downloads/cc-4gb-auto-patcher-v100...." The patch was unable to 'see' my steam copy of RA3, it only saw my kanes wrath, I just went ahead and ran it.

3. I created a \Mods folder inside of my (steam) RA3 folder (..\SteamLibrary\steamapps\common\Command and Conquer Red Alert 3\Mods), and inside that folder I unpacked the \GenEvoBeta01\GenEvo\... folder structure.

5. RA3 via steam loaded and the Generals Evo Mod splash screen came up. I was presented with a functional screen and was able to load into a skirmish match (CHINA va GLA).

Haven't played much as I must retire for the night but so far it seems to be running fine (even without the applied '4gb-auto-patcher-v100').
Good luck everybody, hope this helps someone.

I was very disappointed when Generals 2 got canceled, but this mod bridges the gap between Generals and Generals 2. It's probably the closest thing we will ever get to the most updated version of Generals. This mod right here, this is my childhood fulfilled after EA destroyed this masterpiece of a franchise. But now...I may finally die in peace... Thank you devs for everything! You guys are true heroes!

Amazing, and thank you for all your hard work!

Amazing, and thank you for all your hard work!