We are pleased to officially announce that Stargate Space Conflict will now have a campaign that will follow the most important episodes of the franchise.

As you may already know, one of Stargate Space Conflict's most requested feature was, since the very beginning, a full-interactive campaign. Over the past few years, we rather wanted to focus our work on the most important aspects (ships, planets...) of the mod. But with the release of Homeworld: Remastered, Gearbox Software gave us more flexibility and more opportunities for the future. That's why we are pleased, today, to officially announce that Stargate Space Conflict will have a campaign.


The campaign will be released in "Episodes".

We'll be honest, writing the story, and coding missions will take a long time. And we don't want to release the campaign in two years. That's why we will release the campaign in "episodes" each time a new release of Stargate Space Conflict comes out. We believe this is the best way for both of us. Our fans will receive (for example, not confirmed) one episode a month. It's like watching the show, waiting for each episode.

Our episodes will follow the story of the Stargate franchise (from the very beginning to Stargate Universe), in a chronological order. We plan to represent the most important space battles, starting from the last episode of season 1 (Stargate SG-1), and create new missions as well, between system lords or Wraith divided factions. 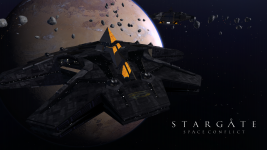 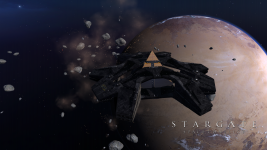 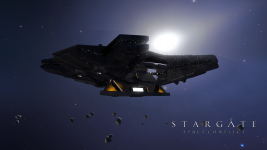 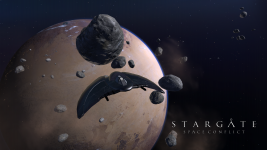 Recently we published a news about writers for Stargate Space Conflict. First of all if you're one of those who leaved us a mail or a message, no worries we'll give you an answer in May. Anyway, we'd like to hire Stargate fans in our association to synthesize episodes from the show (scenarios) and improve them so that our coders will be able to code the latter ones for Homeworld.

YESSS! Finally we'll get a campaign! GOD THIS OPENING <3

I'm in love... That was FABULOUS. By the way, do you have any idea about the amount of missions you want to do, including their duration?

Not yet, but missions will be longer than Homeworld ones, we believe.