A look at our games currently in development, and how they are coming along.

Posted by GameRealmMadness on Jan 31st, 2020

It's been a long time since we've written a pure game development update. There's been updates on games, and patch notes, but no progress pieces in a long time.

I personally took some time off from gamedev in late 2019 and early 2020, to recharge my mental and physical health. It was refreshing, and I made some art and animation tests during that time. In December 2019 we also published the finished version of Area 51 Defense on Steam, moving it out of early access. There's been no new feedback or requested features on that game, so we will be transitioning away from its development on the PC.

What has been surprising however, is that Area 51 Defense on GooglePlay has attracted new players all throughout the fall and January 2020. There's been a steady stream of 20-30 new players per week on the mobile version, which really surprised me. In my eyes, the PC version is a much more robust game, and already was that before the overhaul that we developed with Alien Seed Games.

There's also been a new zombie shooter on the works by GameRealmMadness. It was formerly unnamed, and only now has a confirmed title - Poisonous. There is no release date yet, but the game focuses more on exposition and exploration with its first person narrative. It's been in development on and off since early 2019. 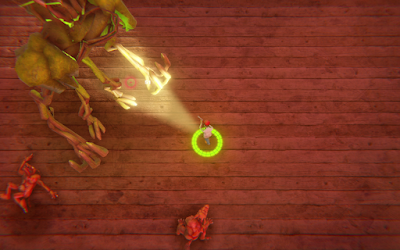 Now on to the main subject of this update. During last year's spring I created a prototype for a topdown action-adventure game called Hybrid Children. I applied for a grant with that concept, but wasn't able to secure the funding. The game was envisioned to be a continuation of the world seen in Kalaban, but with a different player character than Bob from the first game.

When I wasn't able to get funding for that game through a grant, I tried Patreon. We still have an active Patreon site, with updates for Poisonous being released there in the near future. But Patreon was not successful in any way for Hybrid Children, and we currently have zero backers for our projects. 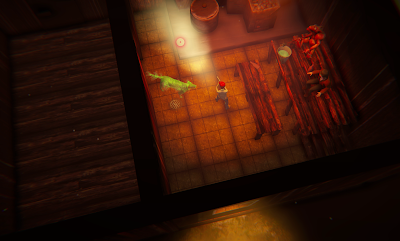 All throughout 2019 the progress on this new topdown action-adventure was slow, and it really bothered me. I tried to reach out to various indie developers both online and to people I know in real life. I really had no luck, until I got a musician and a sound effects artist. Both of these artists faded out during last fall, and stopped answering my emails.

During this time, I also developed and released Area 51 Defense for early access. As mentioned, the game has been more successful on the mobile than on PC. Only in late 2019 we got lucky and were able to get two new people working on our Kalaban sequel: Sean VandenBerge as a 3D character artist and Dalton Costa as 3D environmental artist.

New game art talent was exactly what I was looking for, as I know that creating a game like Kalaban in full 3D will be a very consuming task. There is a lot of environments and characters; friendlies and monsters alike; to be created.

For the first time since fall 2018 the future of our 3D game projects looks promising. Back then I went through the struggle of trying to find developers to work on the full version of Medlab Terror with me. I approached people online, on Sketchfab, IndieDB, etc. and I also reached out for people I knew. I had ZERO luck with getting people to join that project, and it was the reason why that project was essentially abandoned.

I'm not bitter about how things worked out, I'm just happy that things are finally moving forward now. I dislike spinning my wheels, and for that reason I've done a lot of freelance 3D work during the last few years. Every chance I get, I will work on game development, but it's a constant struggle, when there is no steady income from it. 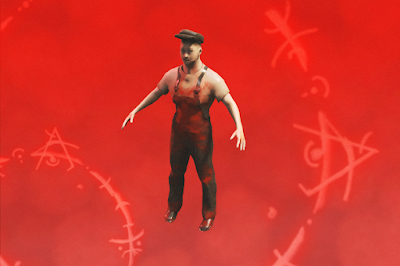 There is no release plan for the sequel of Kalaban yet, and I don't know how big of a project we can make of it. I'm just interested in creating a solid game, that I can realistically finish. The target platform is PC at the moment, and there are no plans for a mobile port. I want to focus my energy on creating a good topdown action-adventure game, and not have to worry about how the controls will translate to a touchscreen device.

The original Kalaban was a PC only title, and there still is no mobile port for it. The game will most likely land of Steam, once it's done. I don't want to over promise or state any release date, that I cannot hold on to. The game might be released this year, or the next, who knows at this point. It all depends on how well the development goes, and how well things go with our outside help.

PS: There is a really early test version of the survival mode on Hybrid Children itch.io page. We've also released the original early access version of Area 51 Defense as a completely freeware release.