We said in the initial announcement for Fall of the Republic that we'll be focusing solely on Imperial Civil War 2.2 until release, save for some art assets, and while that has been the case (so no FotR-specific screenshots quite yet), as we get closer to the Imperial Civil War release we'll be able to start talking about Fall of the Republic a bit more. Keep in mind, while ultimately the mod will cover a larger time period, the first two releases will solely cover the 3 years of the Clone Wars,

We said in the initial announcement for Fall of the Republic that we'll be focusing solely on Imperial Civil War 2.2 until release, save for some art assets, and while that has been the case (so no FotR-specific screenshots quite yet), as we get closer to the Imperial Civil War release we'll be able to start talking about Fall of the Republic a bit more. Keep in mind, while ultimately the mod will cover a larger time period, the first two releases will solely cover the 3 years of the Clone Wars, and that's what this faction profile covers as well. 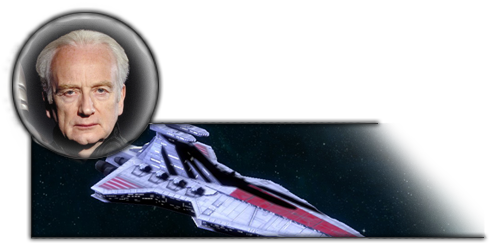 The Galactic Republic, for the years leading up to the Clone Wars, did not have a standing regular army. Instead, it relied on sector forces to control their own affairs and deal with any impending threats with occasional help from the Jedi, as in the cases of the Mandalorian Civil War, Stark Hyperspace War, and the Separatist Crisis at Naboo. Some of these sector forces stood out as more powerful than the others, like the Seswanna Defense Force under Ranulph Tarkin, and the Kuati Sector Forces, but all were subjected to strict limits on armament and hyperspace capability by the reforms of the Ruusan Reformation 1000 years prior. Large ships like the Mandator and Praetor classes had long served in these regional forces, sometimes flaunting the longstanding regulations. Ranulph Tarkin in particular spent years attempting to form a more organized defense fleet for the Republic and from 57 BBY to 22 BBY when the Clone Wars began, the Republic Outland Regions Security Force attempted to fill that void with the leadership of Ranulph and later his nephew, Wilhuff Tarkin. After this point, with the outbreak of the Clone Wars, the Republic fully organized and moblized its armed forces, bolstered by millions of Clone Troopers ordered in secret by Jedi Master Sifo-Dyas and supported by all new state-of-the-art warships.

Within the first two versions of Fall of the Republic, the three eras present will be the three years of the Clone Wars. During the earlier years, there will be a heavier reliance on the sector forces, with the later eras involving more of the Grand Army of the Republic's units and some of the units they developed leading up to the declaration of the Empire. If the two primary factions of FotR could be reduced to their simplest form, then the CIS is quantity over quality, while the Republic is quality over quantity. While their and vehicles ships tend to be smaller than their CIS counterparts, they tend to be a bit better proportionally, and in terms of fighters, significantly outclass the Separatists.

As we're planning to do an initial beta release (0.5) and then a more fleshed out release (1.0), there will be some units left out until the latter release, allowing more time for testing while the additional assets are finished and ideally getting something playable out as soon as possible. The regular text below are unfinished 0.5 units, bold are finished 0.5 units, and italics are units planned for 1.0. As ever, plans can change at any time during development, so don't take any of this as being set in stone. Some things will also be added in releases past 1.0.

Heroes will be covered in an upcoming post. We do have a poll going where you can vote on which jedi heroes get included by clicking here.

It's currently Mod of the Year time, so if you're so inclined you can vote for any of our projects by clicking on the links below and then the "vote" button on their page. We haven't shown much of FotR, but we'd still appreciate your vote for Ascendancy or Imperial Civil War if we haven't quite won you over yet with the bits we have shown.


Also, as with ICW and Ascendancy, Corey will be doing some preview FotR livestreams and playthroughs on his Youtube/Twitch channels as the mod progresses. The pages for those can be found hbere:
YouTube
Twitch

So, hopefully that gives you a decent idea of where we're going with the faction. The CIS breakdown shouldn't be too far off.

So will the Z-95 be the variant seen in TCW or will it be more like the one seen in the vanilla game?

The model shown in TCW is the "Clone Z-95" and thus a superior/advanced version of the original Z-95, so I could imagine that in early eras the Republic uses the original version while during the second and third year of the Clone Wars they get the beefed up Clone version.

Personally, I'd like to see the Z-95 Mark 1 in some form. Swing wings, forked tail, bubble canopy and armed with triple blasters on the wingtips, with hardpoints along the wings and fuselage for extra ordinance. Only problem is that it wasn't spaceworthy, so its usefulness would probably be limited to ground battles.

That looks really nice, I also notice with some satisfaction that both the Light Assault Cruiser which is a militarized pre-Clone Wars Consular Cruiser and the Charger C70-Retrofit are included in the space roster.

Knowing how good the ICW-Team handles balancing I'm quite looking forward to see the Venator and Victory I during their prime heydays while the Imperator, which is kind of an ugly duckling in ICW due to the ISD-II being available even in era 1, being on the high end of the power scale.

Agreed. First chance I get I'm going to build a fleet of Victories to crush the opposition. They're my favorite Star Destroyer variant, and I can't wait to use them as main ships of the line instead of a mere supporting role.

So on the voting list, I've noticed that Anakin, Ahsoka, Yoda, Obi-Wan, Ki-Adi-Mundi, Mace Windu, Plo Koon, and Quinlan Vos are not on the list. I assume that they've already been selected for Thrawn's Revenge 3.

As .Corey. says in the poll thread:

Somehow I don't fully understand this question!?
I don't see any "Mandator I" in the unit list, only the Mandator II and that's reasonable as the Mandator I had only very few units build and had probably the most ****** hyperdrive out of all the post-Ruusan big ships.

The Republic didn't build any Mandator I's, just II's. Some I's we're retrofitted into II's for Republic service, but many remained in planetary defense forces.

There didn't even exist that many Mandator I units in the first place.

Some Legends EU sources place the number of actually existing Mandator I ships at only 7 or 8 in total, with at least three always being kept for defense of the Kuat Sector itself.

That's incredibly low. I don't know how many Mandator IIs were built but I can see that subclass having definitely more than the Mandator I.

wait, how exactly is the Tector a Republic ship? wasn't most ISD variants from the imperial era?

The class was first produced for the Republic by KDY during the Clone Wars, but full production was delayed after one of the first units was sabotaged by CIS agents. Starwars.wikia.com

As Slornie says, both the ISD-I and the Tector were initial late Republic designs (this is also why logic-wise such fanon designs as the Legacy-class don't make sense), although back then the ISD-I was called the "Imperator"-class, renamed to "Imperial"-class only after Order 66.

The Republic had probably a few dozens of them active during the late Clone Wars, vastly outnumbered by the much more common Venator and Victory I units.

The Tector variant was available in even less numbers than the Imperator and still in testing phase with a few prototypes, but nonetheless present.

I can imagine the Tector having a build-limit in Fall of the Republic and production of it being disabled after a certain number are build via a LUA-story event which depicts the CIS-sabotage efforts.

Yet another example among many of why tech seems so backward in star wars.... Any time they try to network Computer systems, it makes things susceptible to virus/have/Corruption (ala Battlestar Galactica). This requires the need for manual human input, requiring ships to have massive numbers of crewman/gunners. When they try to take shortcuts we see the results: Tector sabotage, lost katana fleet, Stark hyperspace sabotage, targeting computer hacks, the G0-T0 rebellion, etc..

Tectors actually show up in the first year of the war, presumably as prototype units. As mentioned above, there were some unfortunate events that caused production not to be at Victory-1/Venator level

Battlestar Galactica also gives a good warning as to why one shouldn't rely solely on networked/wired stuff to control the fleet.
Back to Star Wars however, the fact that the CIS resorted to sabotage more than once shows that they were keenly aware of the qualitative superiority of the Republic ship classes.
They did not only sabotage the Tector-class and prevented its mass production, they also did at least try to knock out many of the Praetor Mk. I-class Battlecruisers via sabotage because defeating them in a conventional space battle would have been often too costly even for the numerically superior CIS fleet.

Will there be multiple different clone legions ? Just wondering as that's what I always look for in a clone wars mod and I know your guys mods are very in depth and always perfect in my opinion. Keep up the great work as always looking forward to icw 2.2!

What about the Consular class corvette?

There are both versions of it present in the unit roster.

NO SPHA-T!? COME ON MAN COME ON! Nobody lets me roleplay the battle of Geonosis...

will Delta and Omega Squads be included?