A quick overview of the current dev status, what's next.

Greetings stalkers !
Today, let's have a catch-up on dev status.

The mod is now in Alpha stage.
All the maps are connected and fully functional. You can travel through the entire seven maps, and that's a nice walk.
The basic story is working. From the starting point to the conclusion, it's entirely playable. It's just the skeletal frame of the story, but all critical NPC have their dialogs ready and can guide you to achieve your quest.
A good amount of animals / mutants / enemies spawn are working, and nothing really weird or wrong is happening (yet).

This current phase is about adding sub-plot dialogs, secondary tasks, adding more NPC to interact with. At the same time, as I am playing and testing I can see where a bit of life is needed, and I try to get some randomness and variations in the spawns and movements. And by the way, some portions of the mod are already great to play. Sometimes I get distracted and carried away and forget what I was supposed to test in the first place. That's a good sign.
It's quite difficult to do these scripting tasks as I totally suck at any kind of coding, scripting, mathematics or logic. I had (and still has) to learn a lot of things that seem totally estranged to me, and I am spending a lot of time trying to figure out simple things. Nothing makes me feel dumber than desperately trying to get some basic AI logic working.
I will anyway try to let the AI, animals and humans, as free as possible. One of the things I have always loved about SOC is stumbling upon a scene of mutants fighting or attacking a NPC camp.
COP AI is not built like that, and the game works because it's heavily scripted. I'll try to have some kind of controlled chaos.

Once all the scripting logic is done, the mod will enter beta stage.
I will organize a private beta testing, and while testers will be able to track down the scripting / logic issues, I will FINALLY do what I was planning to do at the beginning of all this, rework textures and models.
It's quite ironical that what I wanted to do the most as a Stalker mod is the only thing I almost didn't do. I was picturing me building this mod as working on graphics mostly, and I ended up spending two years doing something else.
Of course I already added a lot of new vegetation, built of few other textures, but the main overhaul is still undone.
The mod should be almost done as for logic before beta testing, so hopefully only fun tasks will remain. (apart from fixing my own crappy scripts and configs).

For the first time I can now think about a release date.
The alpha phase should continue until january.
The beta phase should run for two months, so I plan a release in spring.

And now, a bit of eye candy. 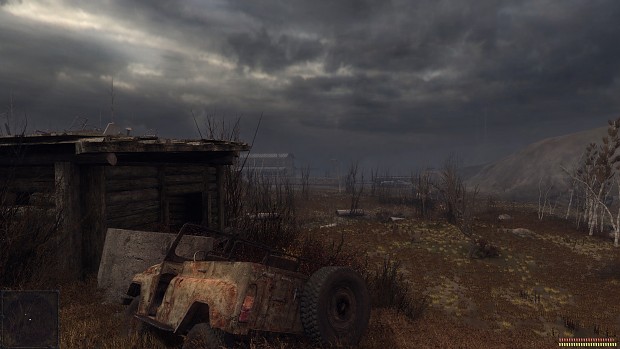 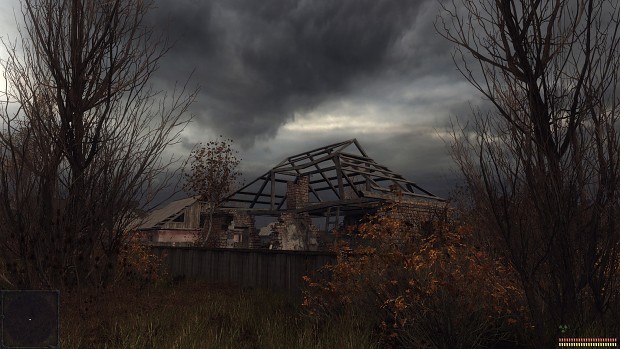 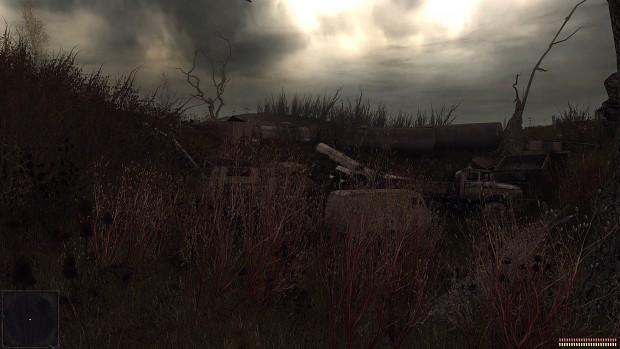 I'm excited for when this comes out!

Nearly there friend, you are going to pull this off wonderfully. Great work as always.