Reliable sources on board the GDI Orbital Spaec Station Philadelphia have provided a surveillance shot of GDI testing their new Modular Communications Centre. Upgradable with an Ion Cannon Uplink and a Drop Pod Control Node grant the structure command over GDI's Weapon of Mass Destruction and reinforcement capabilities. GDI's Iron Grip of Oppression grows tighter as Elite Drop Pod Reinforcements were deployed in nearby city's. 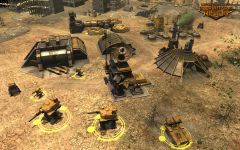 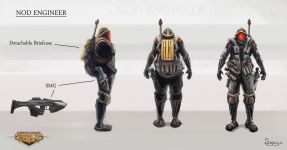 That's all for tonight folk's tune in again later this hour for a Live Execution ;).

uhhh submachinegun? sounds interresting! i think thats the heaviest armed engineer in C&C history lol (even though this is a mod though ;) )

RA3 paradox haz engineers wiht shotguns :P , and oh, friggin nais mod! im not a fan of tiberium, but if i could play the tiberium saga from start in nice graphics it may change.

Well if you want c&c1 in nice graphics you have to chose between theses two: Moddb.com and Moddb.com

my zero hour CD got cracked :(
(a crack cut throug the shiny area, so i dont play anymore)

So Tiberian Dawn for C&C3 it is then hehe

nice touch, making it look like a TS Nod broadcast :)