Tons of additional development activity has surfaced over the past month as we push closer towards our next release this November. Check out this update to see what's been going on since July!

Hello everybody! First of all, it's good to be back! A lengthy hiatus from myself unfortunately meant that Twisted Insurrection updates weren't going to be as frequent as they were back in March, however, we are back and working at full speed again to get Version 0.6 ready and up for release by mid-November this year.

With that out of the way, I will begin with showing you what we have been working on as of late. As most of you have seen by now, we have been spending a lot of time working on campaigns for our Twisted Dawn timeline, while Nod missions proved easier to map as Twisted Insurrection timeline terrain suited Dawn's desert theme quite nice, GDI's were far from easy to work on when it came to recapturing the atmosphere that we felt from the original Tiberian Dawn. What do we do about that? Make a new theater, of course... 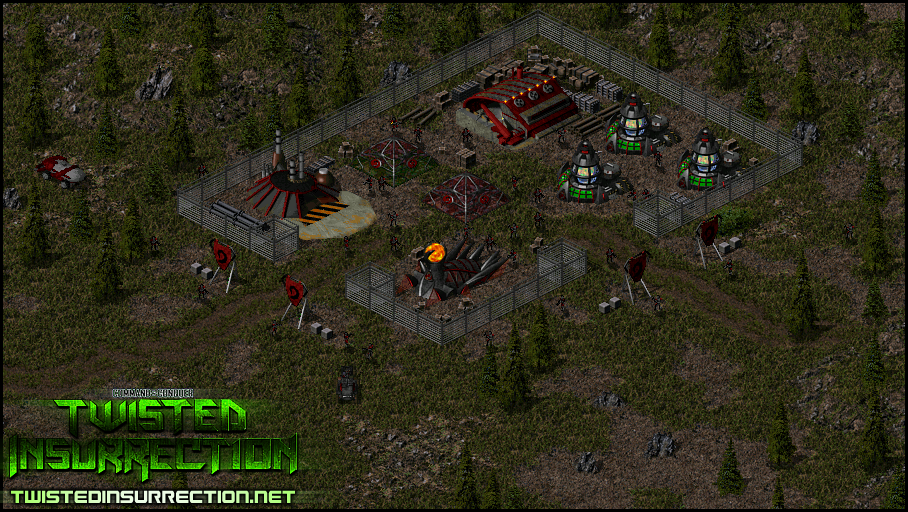 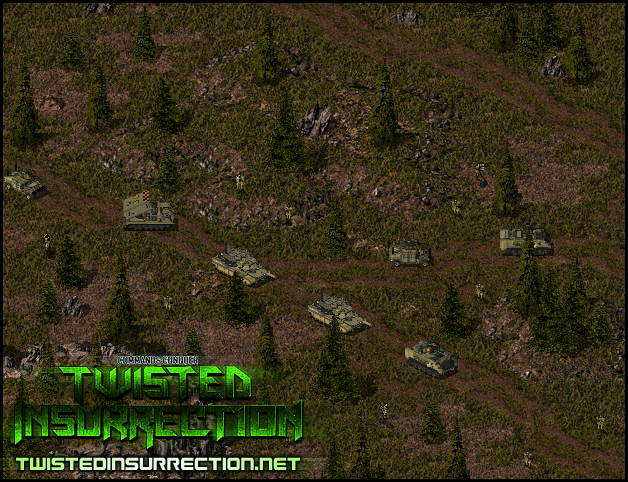 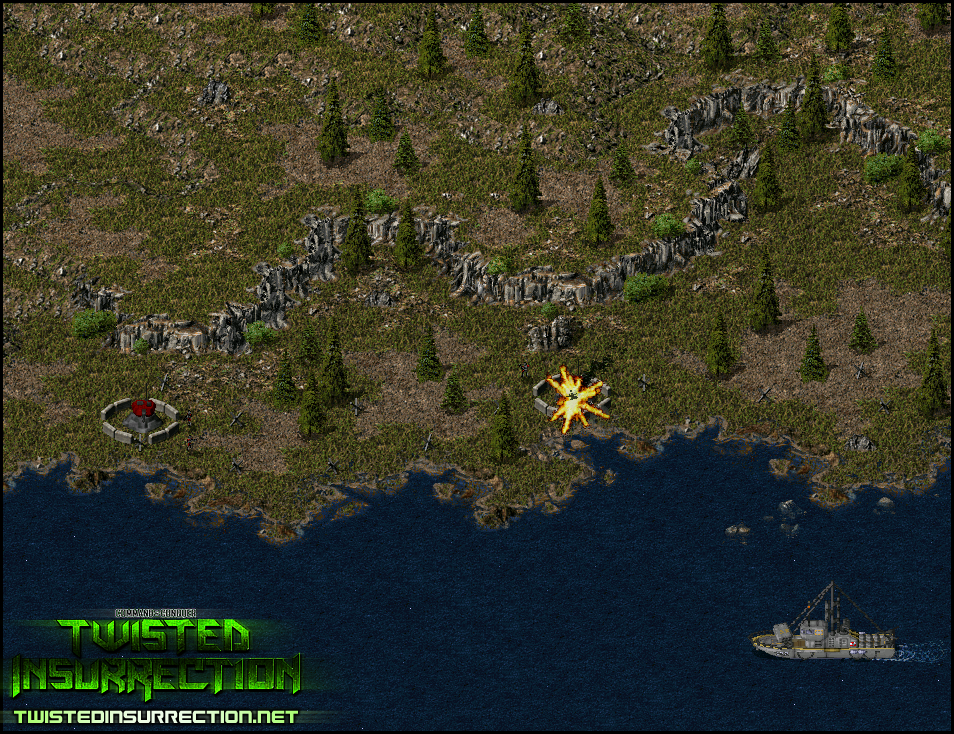 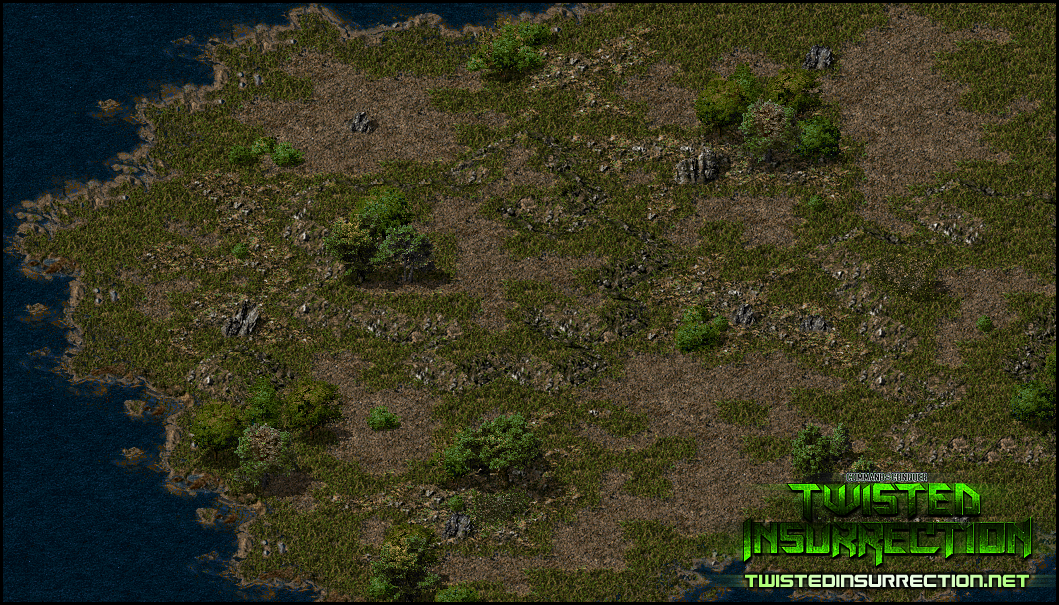 (Click on the thumbnails to view them in actual size)

Though admittedly by "New theater", we're referring to an expansion to our ever-growing temperate theater, which also houses all the terrain for our Interior maps.
This terrain was made purely for the Dawn era maps in mind, as of course nothing this healthy-looking would exist in the Twisted Insurrection era timeline, but we will feature it in some skirmish maps in the near future!

As some of you may have noticed during our last news post (which unfortunately was quite a while ago now, my bad!), Rampastring made a huge amount of changes to the Twisted Insurrection / DTA Client. The video contained in the link however is already vastly outdated and the client itself has seen even more changes since then. Here are a couple of images to show you what we mean, each of which using a different theme available: 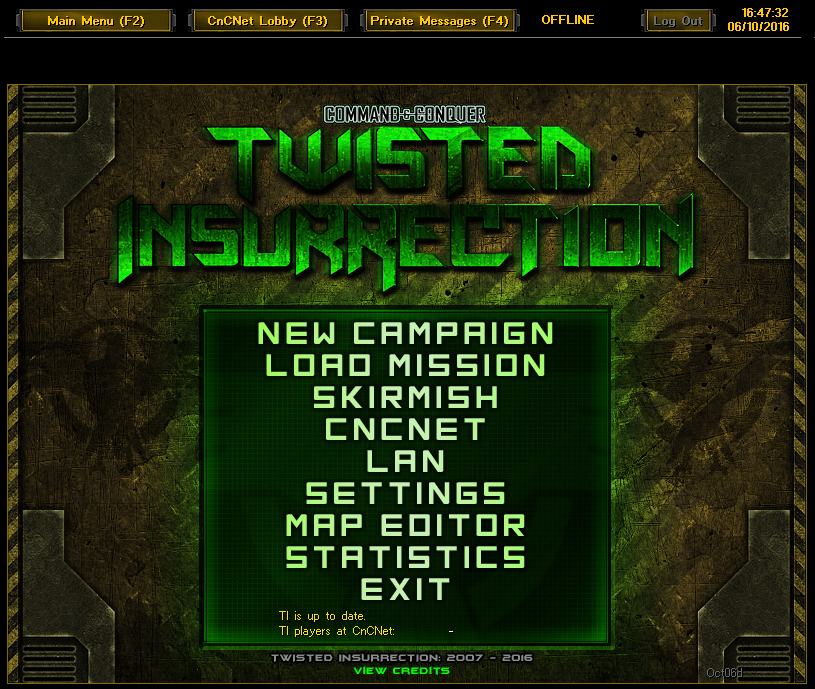 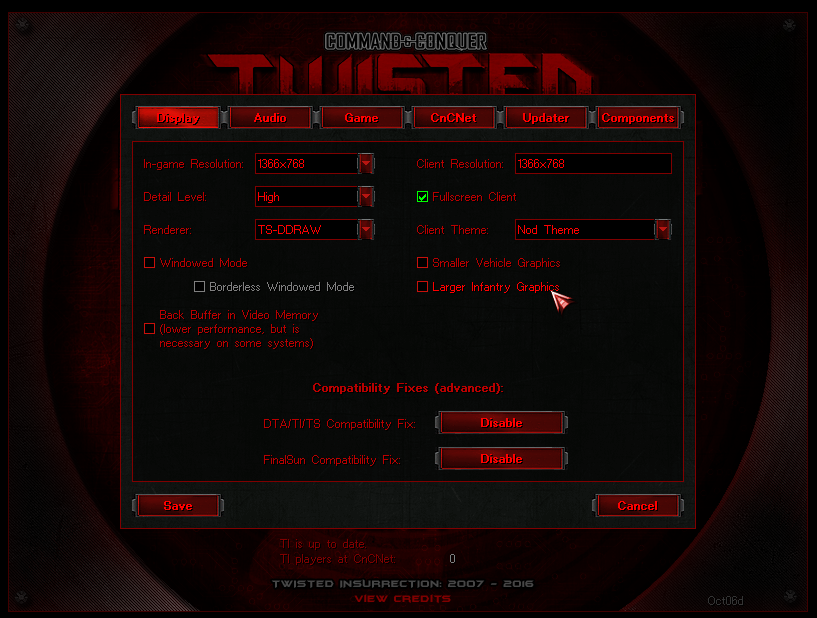 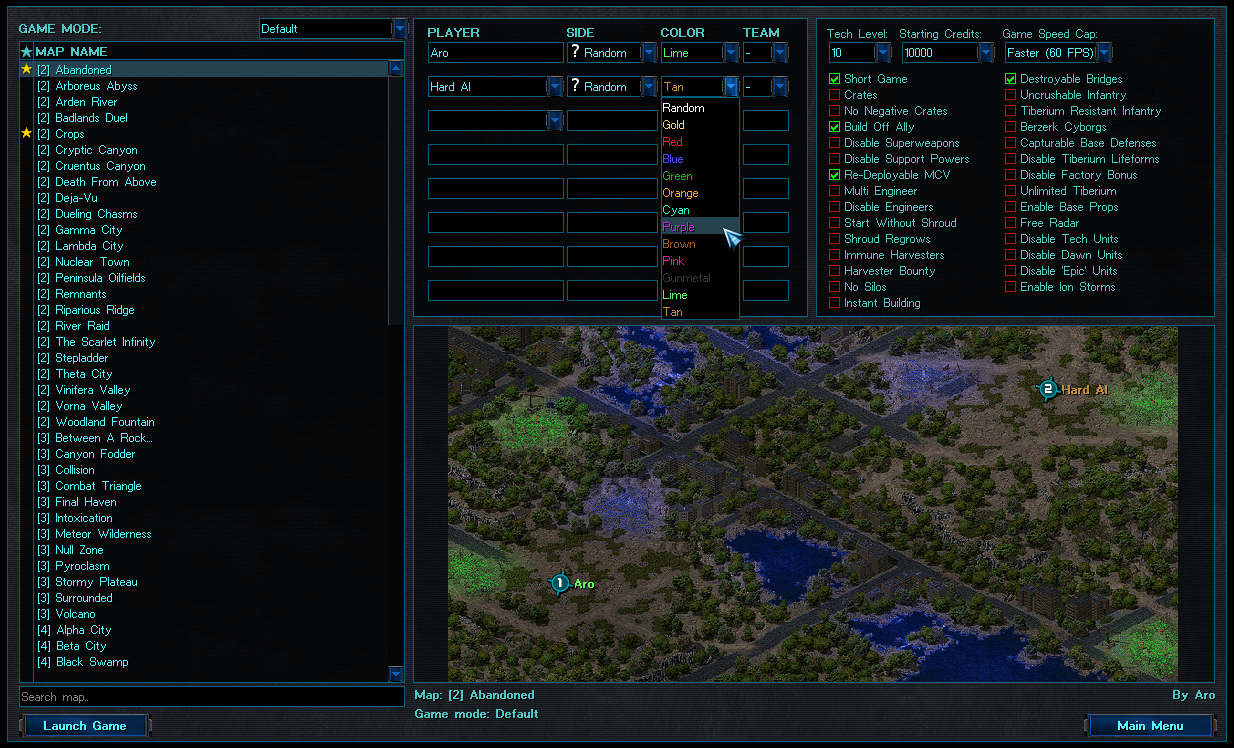 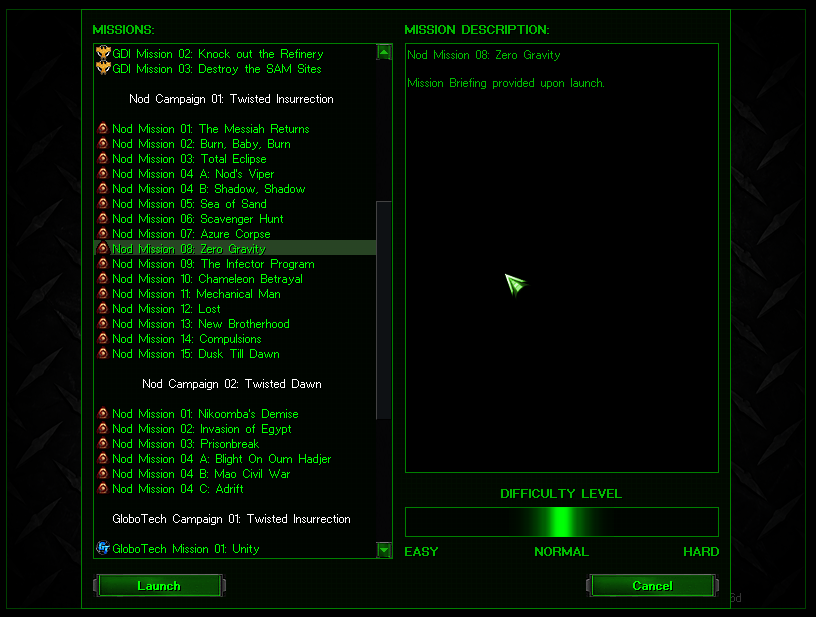 (Click on the thumbnails to view them in actual size)

I'm hoping to compile a new trailer for the upcoming release as there is an awful lot to showcase in such little time, not to mention that screenshots barely do the client itself for example any real justice! Aiming to get a new gameplay and feature trailer complete by the end of October, but right now we're focusing on new campaign missions.

Last but not least for this update, I would like to showcase to you some new additions to the Twisted Insurrection Original Soundrack!There have been a total of 10 new tracks created for the next release, here are 5 new tracks that we have recently uploaded which you may have missed over the past week: One Mission, Still Alone, Ascension, Advance, Drillbit.

Wow, it feels good to be back in the development game again after what has felt like such a long time. I've really missed working on Twisted Insurrection with the rest of the team and getting news and upadtes to you all. Thank you all for your patience and we apologize once again for the delayed release! November is our goal for Version 0.6's debut.

We hope you enjoyed the update, and be sure to stay tuned to our sites all around the web. There will be plenty more updates coming every day until our next release!

the 5th of November

Remember remember the 5th of November.


But that is not mid-November v:

Advance sounds like Black Searchlight. Super similar, but quieter. I like it. Not all that fond of Drillbit though. You guys new tracks are amazing. I love the remixes, especially Fear and Suspicion.

i discovered the new tracks a few days ago, as a massive fan of the dune games i love the inclusion of some harkonnen influence. and "still alone" is awesome!
the new client is great too.
and new missions sounds fantastic..

i guess i could sum it up by saying Youtu.be

In the end of the article you have typed "upadtes" instead of "updates", not trying to be mean just saw a typo.

That isn't a typo! Its creative expression! Lol :D

I waiting November. Waiting is a point. :/

Good to be back again!

Also lovely little enhancement made to the NOD base.

We shall wait until the day comes