2K Games has made it official. Duke Nukem Forever is alive and, well, in the hands of developer Gearbox Software...

2K Games has made it official. Duke Nukem Forever is alive and, well, in the hands of developer Gearbox Software, confirming our earlier reports that the Borderlands studio was helping to complete the game’s absurdly long development cycle.


The publisher announced this morning in advance of PAX 2010 that Gearbox Software was on the job, picking up where developer 3D Realms left off. Gearbox plans to ship the game within the next year, accordingto a report from the Wall Street Journal—the WSJ says DNF is due “next year” and “currently expected to ship in 2010.” 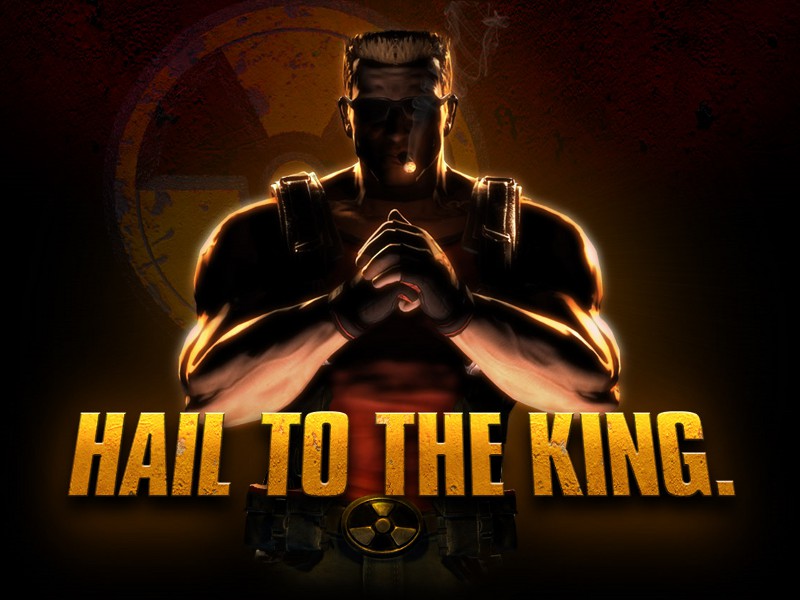 Given Duke Nukem Forever’s epic development—it was first announced in 1997 as a sequel to Duke Nukem 3D—it might be wise to hedge on the later of those two release windows. Gearbox and 2K will be showcasing the game to press and the public at this weekend’s PAX convention. 2K Games is offering a publicly playable demo of Duke Nukem Forever at its booth. After more than a decade in development, Duke Nukem Forever all but ended its production after the collapse of studio 3D Realms. Gearbox Software president Randy Pitchford tells the WSJ that his studio picked up development in late 2009 and that the game is currently in the “polishing” stages.

awesome news:) and its in good hands:)

Duke Nukem Forever is now in the polishing stage?
But... that implies that it's pretty much done...

Yep. Gearbox have been working on it for a year. Includes lots of former 3DRealms employees too. Hail to the King ;)

Duke Nukem Forever followed by the words "is finished" is not something that happens. Ever.

I know, it's very surreal. I'm still expecting someone to jump out and shout "HA! FOOLED YOU ALL, the project's DEAD!"

Why are we hailing Gabe Newell? O.o

Gabe Newell Forever. Coming out whenever Valve feels like it.

Take any news about Duke Nukem with a grain of salt.

it took so long, most people seems to not be bothered any more

I have not commented on Moddb for about 7 to 6 years, this is something worthy of commenting on. THIS IS AWESOME NEWS!

I came when I played Duke Nukem 3D...

Duke Nukem is no longer relevant. I'd rather see gearbox focus on an original game.

Gearbox is just a name, the DNF developers were working on the game in their free time during the court battles and Gearbox was asked to take them on board and they got permission from 2K to go ahead.

so basically duke nukem forever is still being worked on by the same team, just now under a different studio?

Exactly, I am exited for this. Thing is, I just never would have though the game would recover from its recent problems...

It's so weird not seeing the 3DRealms logo on it any more...

Take a look here: Dukenukem.com
their logo is there, and it should be the official Website :)

You can allways bet on Duke.

You always can bet on Duke.

Awesome! Gearbox is a company I can trust!

The King Is BACK and ready as newer before!!

This is an gaming history miracle!

It's good to hear it's back, but I think the expectations will be so high that it will never begin to live up to it and will be met with harsh criticism.

This. As much as I love Duke ( played it since the original side scrollers) I would say his heyday is over, and this debacle called "Duke forever" has been a sad, drawn out, troll-job on the gaming community.

I bet it will fail... like most modern games. Most sequels just didn't have "it" that the old games had. Example: Wolfenstein wasn't as nice to play as Return to Castle Wolfenstein, Mafia 2 didn't have the same feeling as the old Mafia, etc.

Still can't wait for it though. I was a huge Duke3D fan back in the day when I was a little kid. Just drop those green creatures that pop from eggs and eat your whole computer screen they always scared me (still have not overcome that) :(

DNF is not just "modern game" this is badass dude simulatior!

Engine: iD Tech 4
I doubt the Engine that Ran UT 2K4 could process graphics like those.

Yay! Its finally time to kick butt and chew bubblegum... too bad all that gum is expired. O_O

and its the same godamned vid that 3DRealms put out themselves...3DRealms should be producing this not f-ing gearbox.

The problem is now we will have nothing to compare to any mods/games that keep getting delayed. Awesome new though. I look forward to it.

****... 10 seconds till my brain explodes. Goodbye world, these news were just too awesome for my brain to comprehend.

so what will be released first, HL2 Ep3 or Duke Nukem forever?

Good question.. I wont be willing to take any bets on either lol..