The very first Moddb article related to Designated Days lore. In-depth exposition of their history. Many more articles to come in order to explain all the lore behind Designated Days. Please, enjoy. 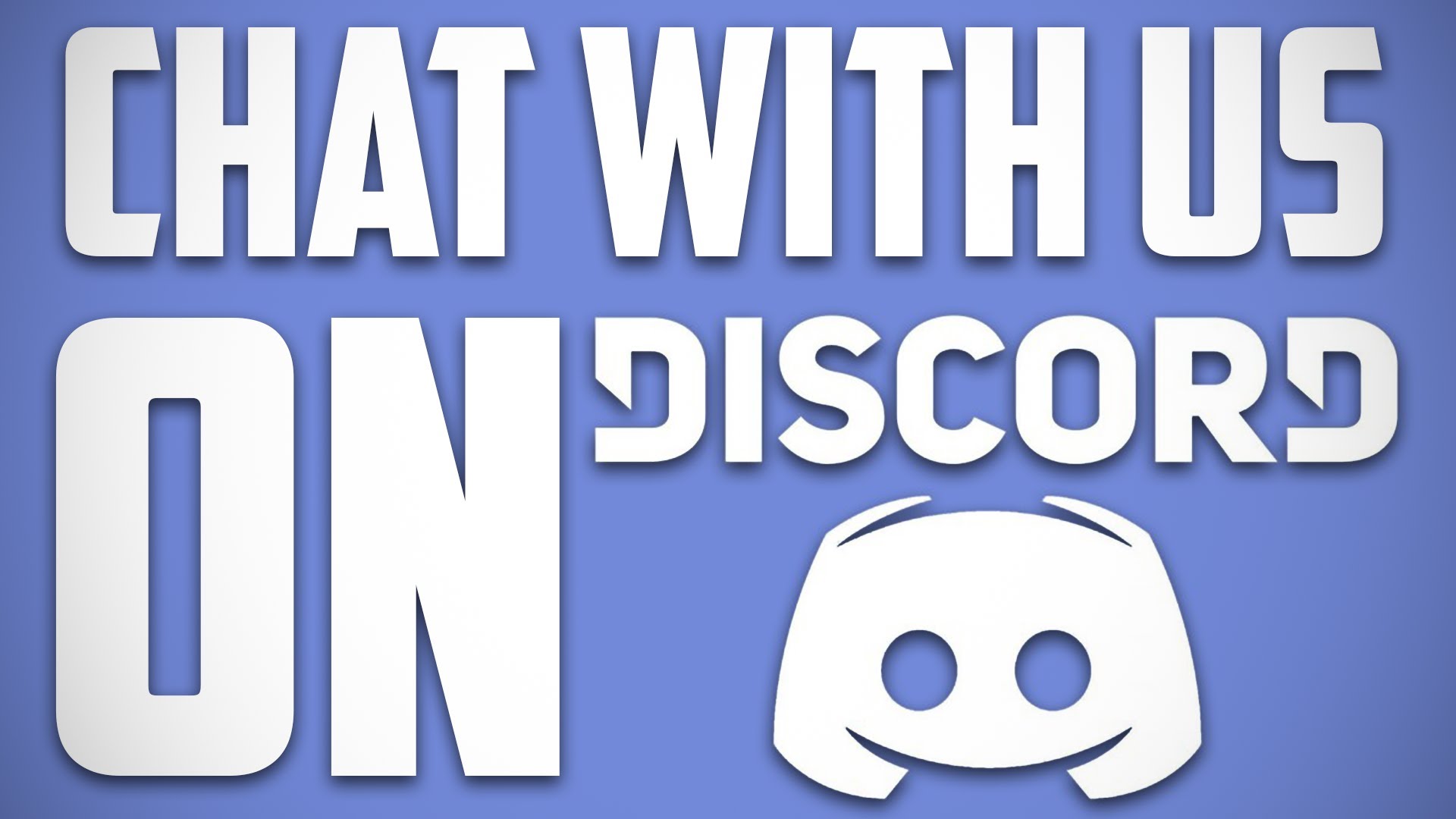 Disclaimer: Designated Days lore is established since the mod’s creation in 2011. Its lore is not Canon and do not take many elements from Canon Lore into account -if any.
It is not part of the official Legends timeline either.
DD Clone Wars Lore is purely based off the movies (AOTC & ROTS) and slightly based off the OG Clone Wars timeline also known as The Clone Wars Multimedia Project (2002-2007). To conclude, Designated Days has its very own lore mostly based on WW2 set in a Star Wars theme. Therefore its lore is Fanon.

The 31st Cavalry, also known as the “Wall Eaters” is one of the various clone trooper legions comprising the Grand Army of the Republic. Much like the other legions the troopers of the 31st were clones of the bounty hunter Jango Fett bred on the oceanic world of Kamino.

Their specialization in the breaking of sieges and assaults on static fortifications rivaled that of the 442nd Siege Battalion, which was said to disintegrate and build the greatest static defenses in the known Galaxy. Mastering urban warfare, they have majorly been deployed to take separatist cities.

Clone troopers of the 31st Cavalry on Kamino

The 31st first fought in the Battle of Geonosis [22 BBY] alongside an unknown Jedi general. According to the legion’s archives he barely had any charisma and no strategic knowledge whatsoever, resulting in the death of numerous 31st clones launched like waves assaulting the shore. It’s known that his incompetence caused his very own death leaving the 31st orphan of any Jedi leaders --records stipulate that “The 31st commanding Jedi personally assumed the CIS forces would focus more the clones rather than his advanced yet exposed position”.
Later after the Battle of Geonosis, Commander Hardium asked Lord Chancellor Sheev Palpatine’s administration to have no Jedi assigned. Given the small amount of Jedi available for this new war his request was warmly accepted. 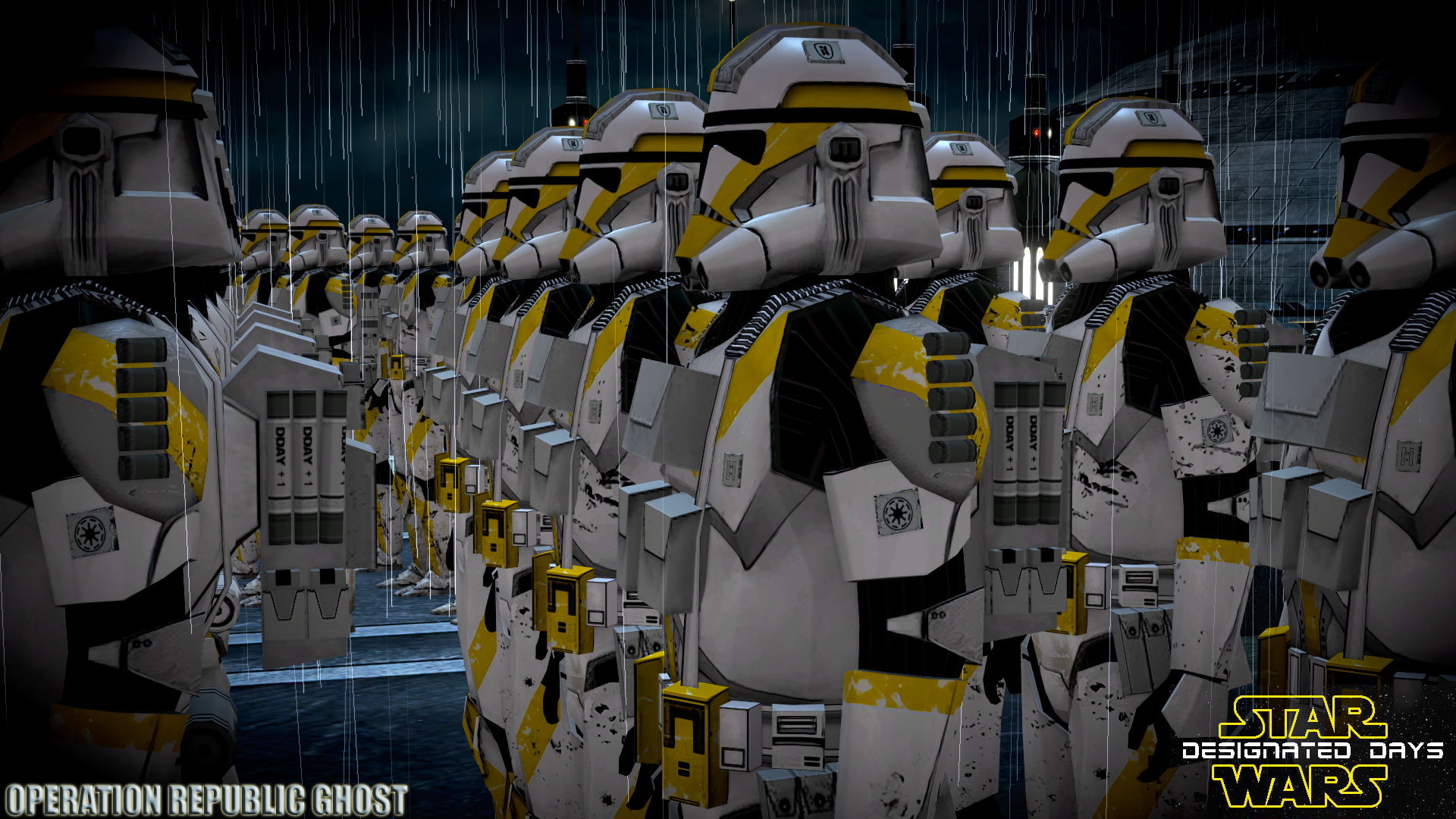 Because of their rough start in war, while not deeply/insanely hating the Jedi the 31st is known to intensely despise them as a whole bunch of “useless-egocentric-wizards”. This initial despise would later transform into hatred during the Galactic Empire era where the 31st would voluntarily and happily besiege any rebellious bastion led by a surviving Jedi. The 31st proved themselves amongst the most able siege troops in Emperor Palpatine’s armies. 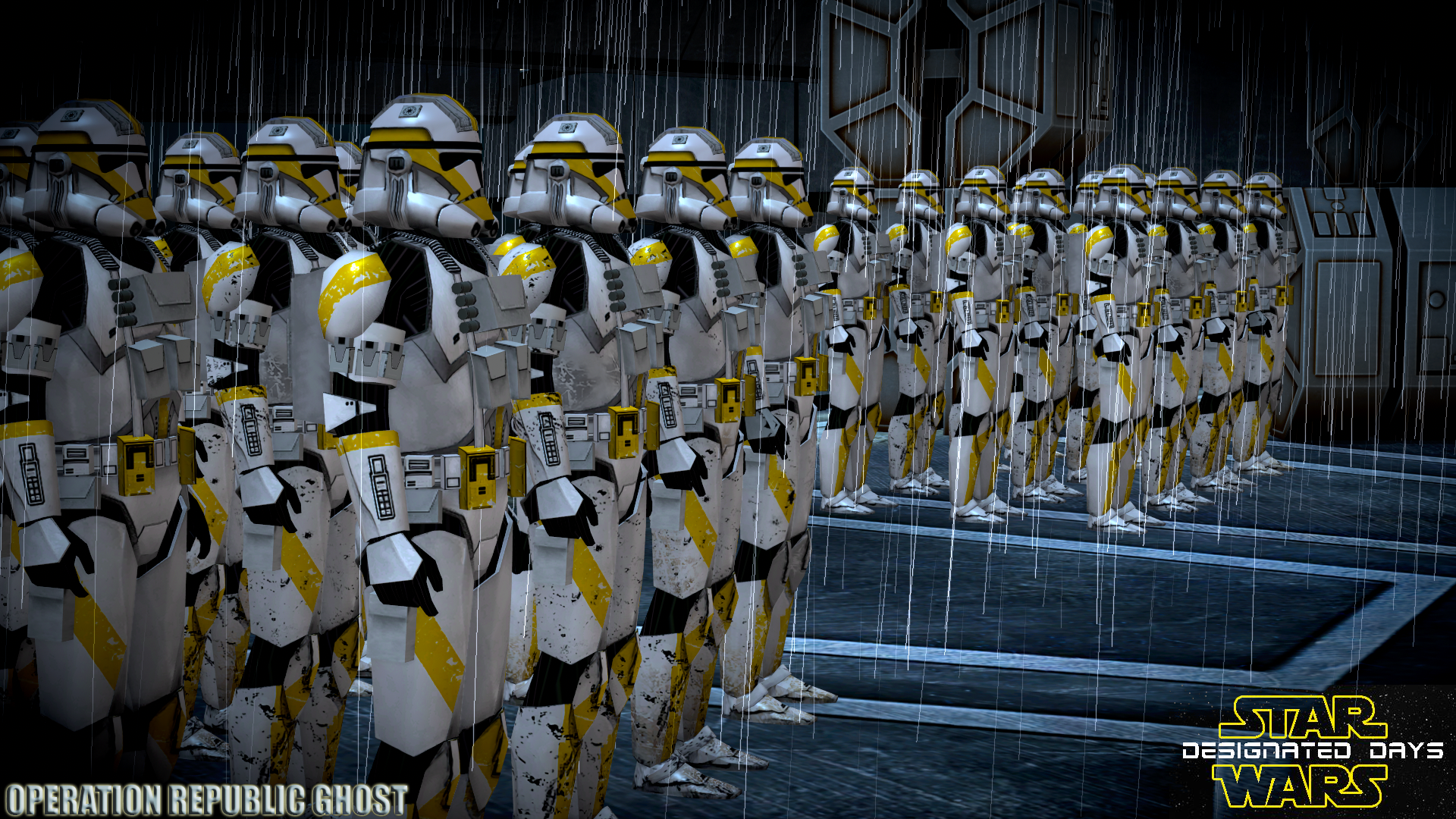 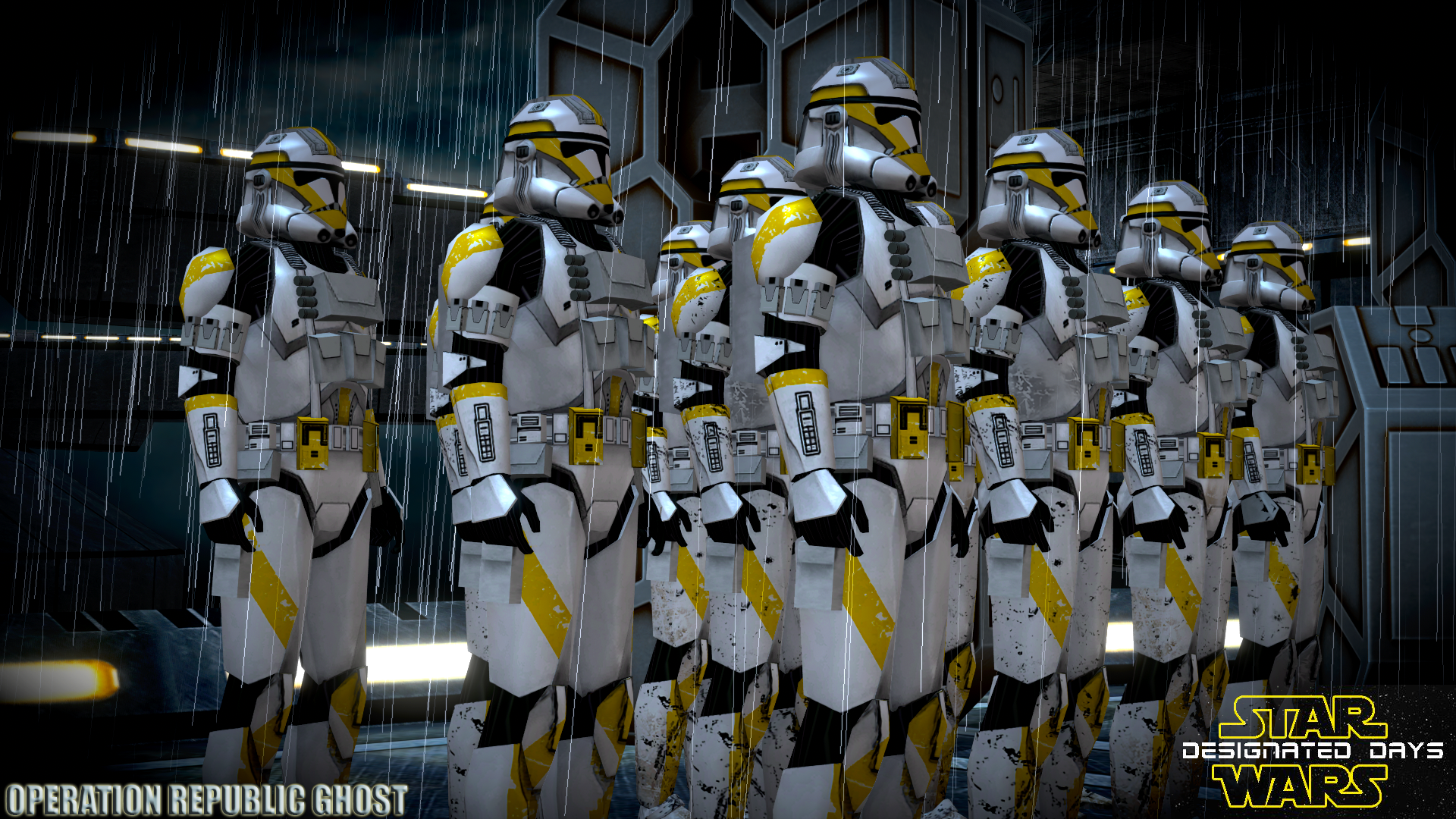 One 31st squad is composed of three men plus the squad leader himself. He can be recognized thanks to the grey paint on his shoulders, lower-back ammo, knee pads and hand armor plates.

Amongst other specific features, and due to the vast amount of close-quarter “street-fights” after a siege, the 31st was one of the clone legion with the most specialist units known as “heavy-gunners”. Moreover, siege warfare required a vast quantity of clone engineers, consequently making the 31st known as the legion using the highest number of those. 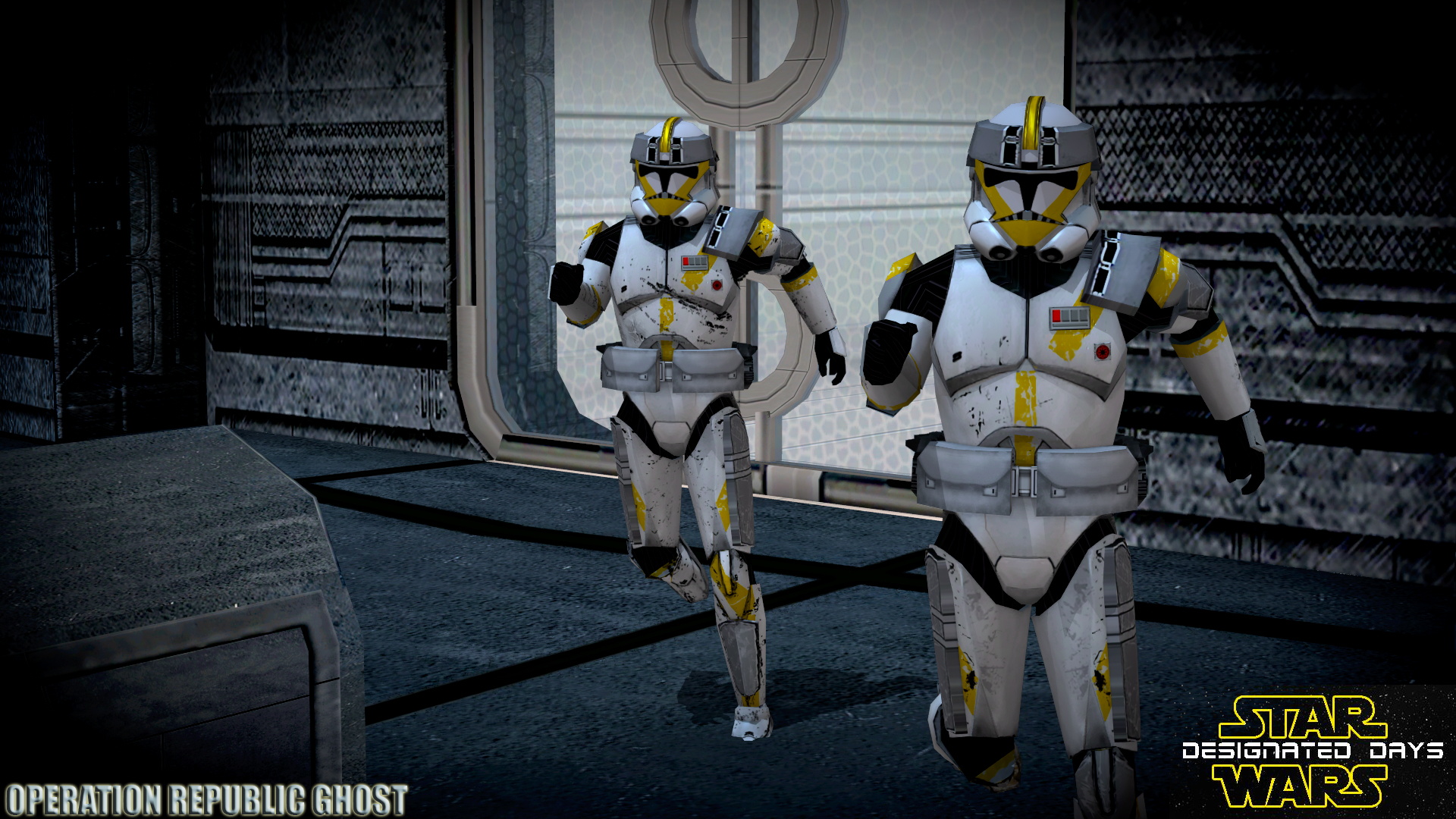 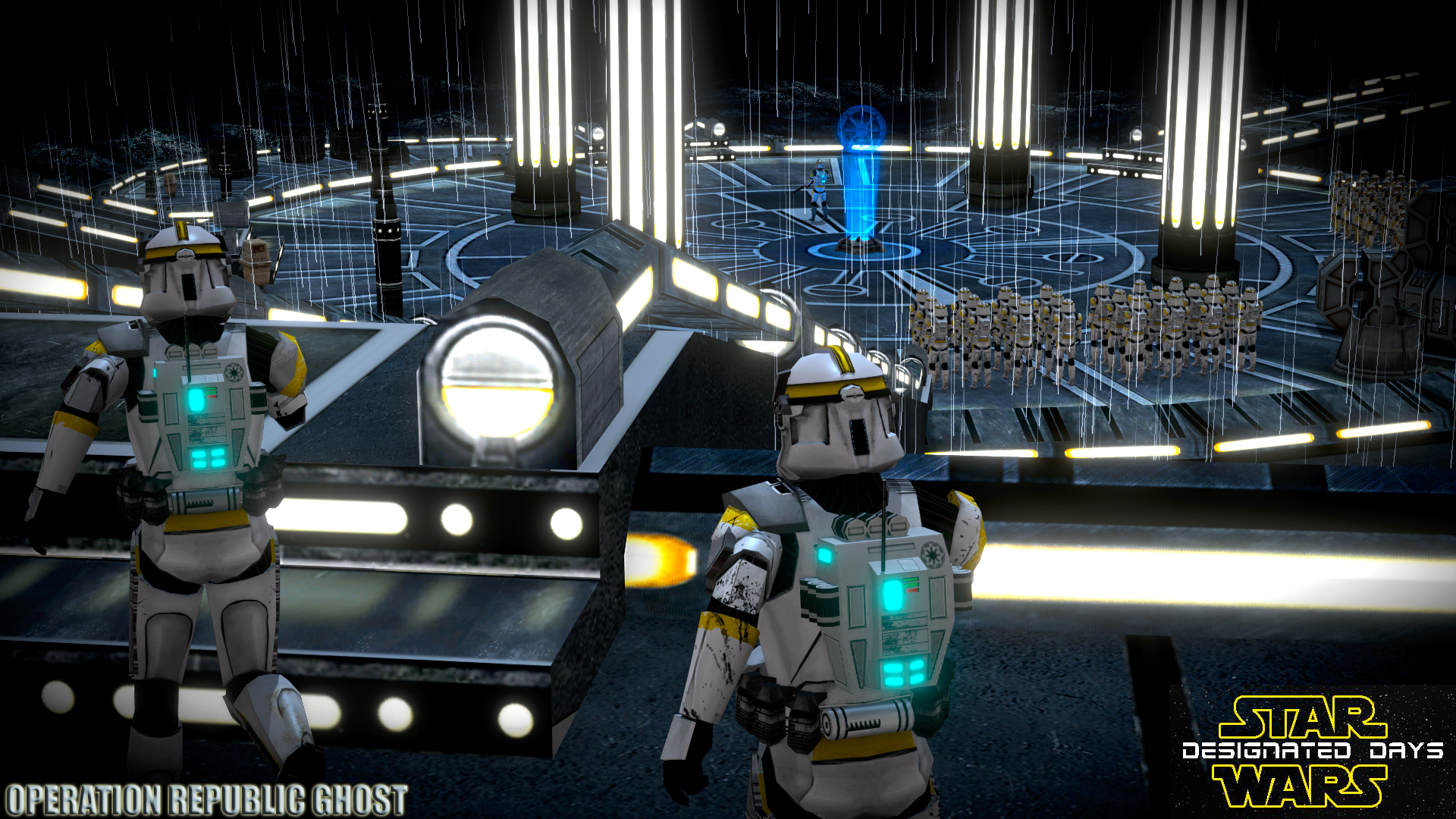 Being a cunning practitioner of the art and science of siege warfare Hardium was possessed of a keen, cold, and calculating mind well-suited to the highly technical aspects of such a style of combat. Furthermore, during the Clone Wars Hardium gained a reputation for his strong empathy towards average Republic and neutral citizens that were torn apart in a conflict they didn’t ask for. This fellowship would obviously transfer to his brothers of the 31st. 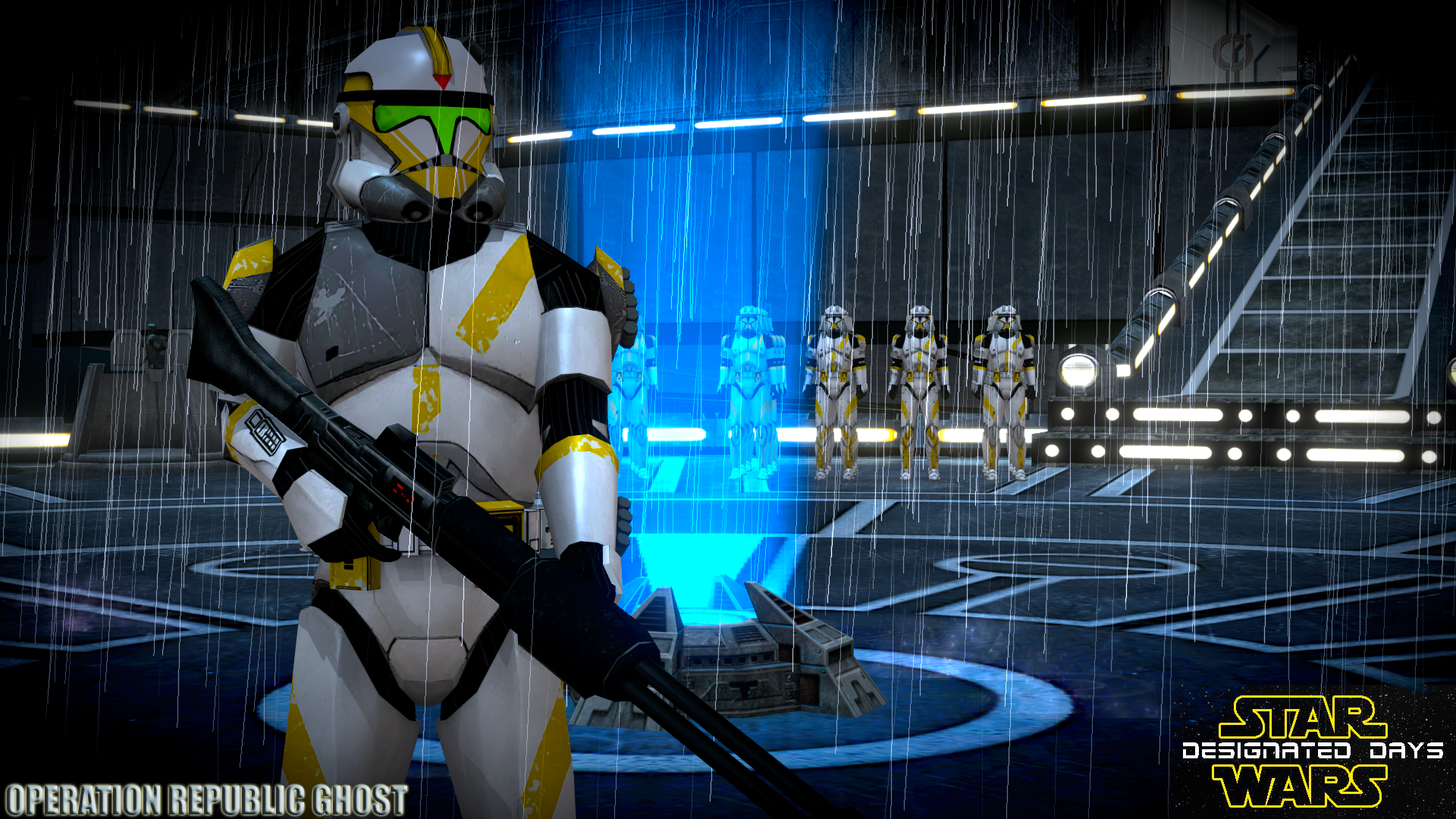 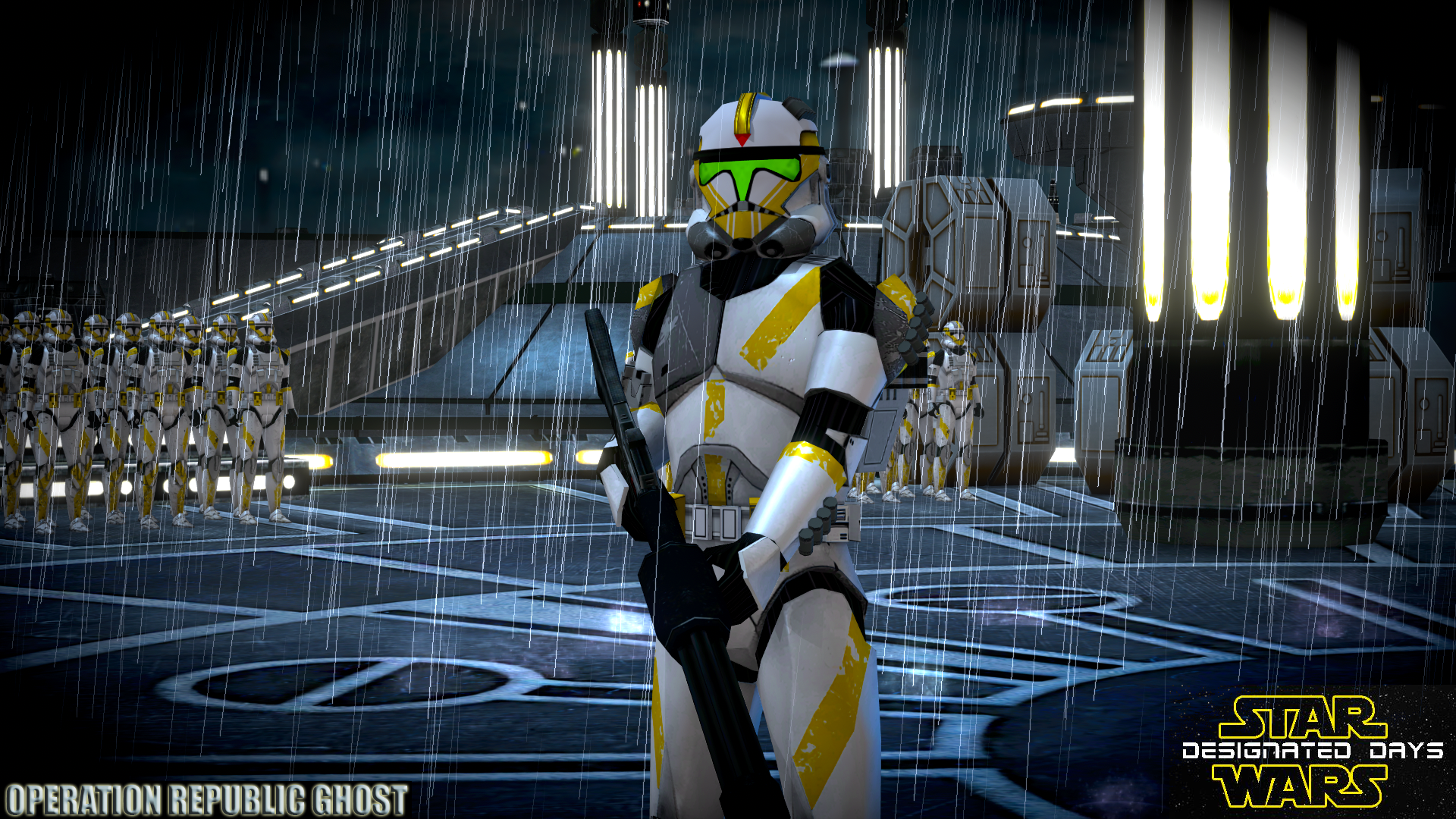 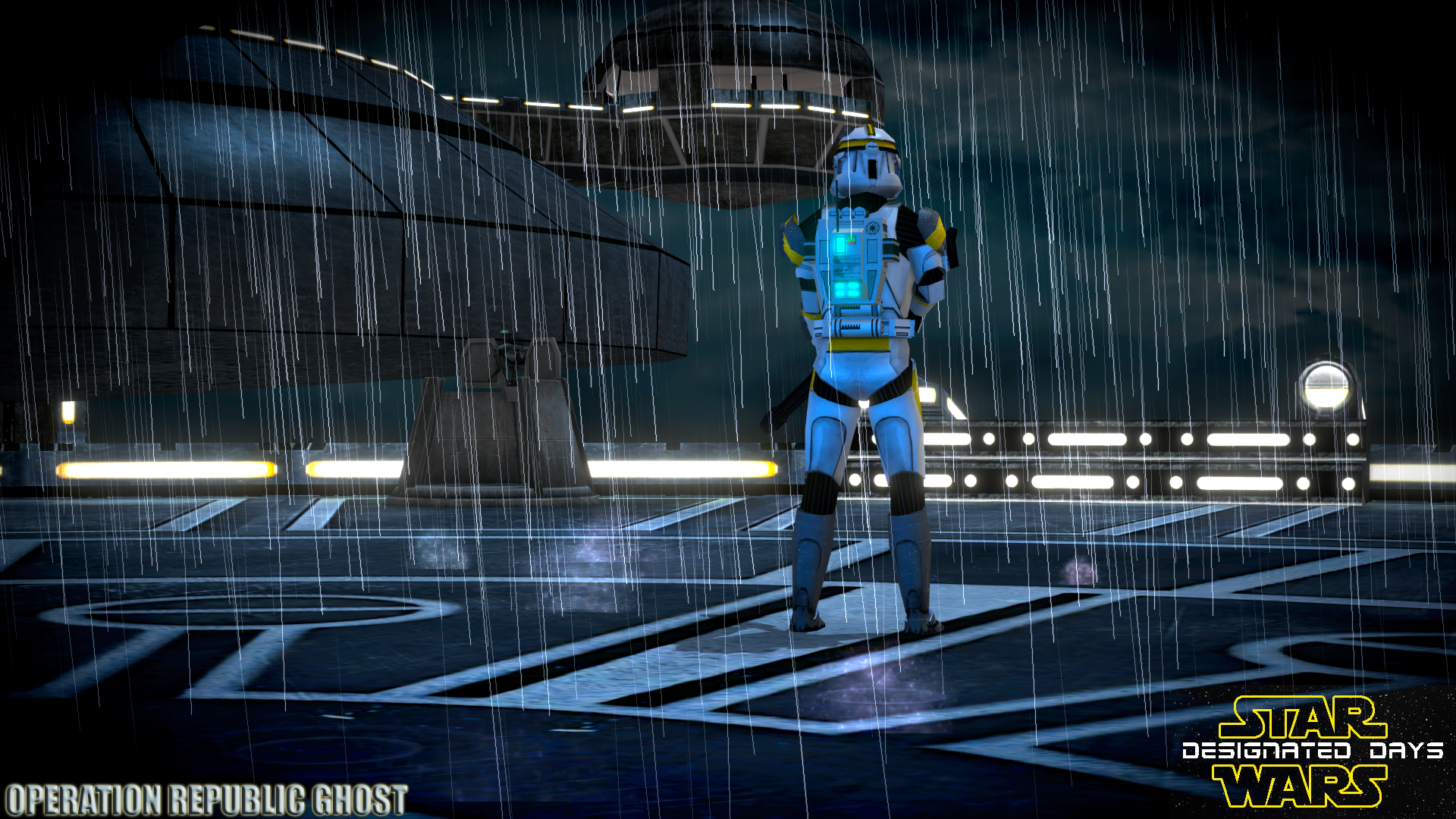 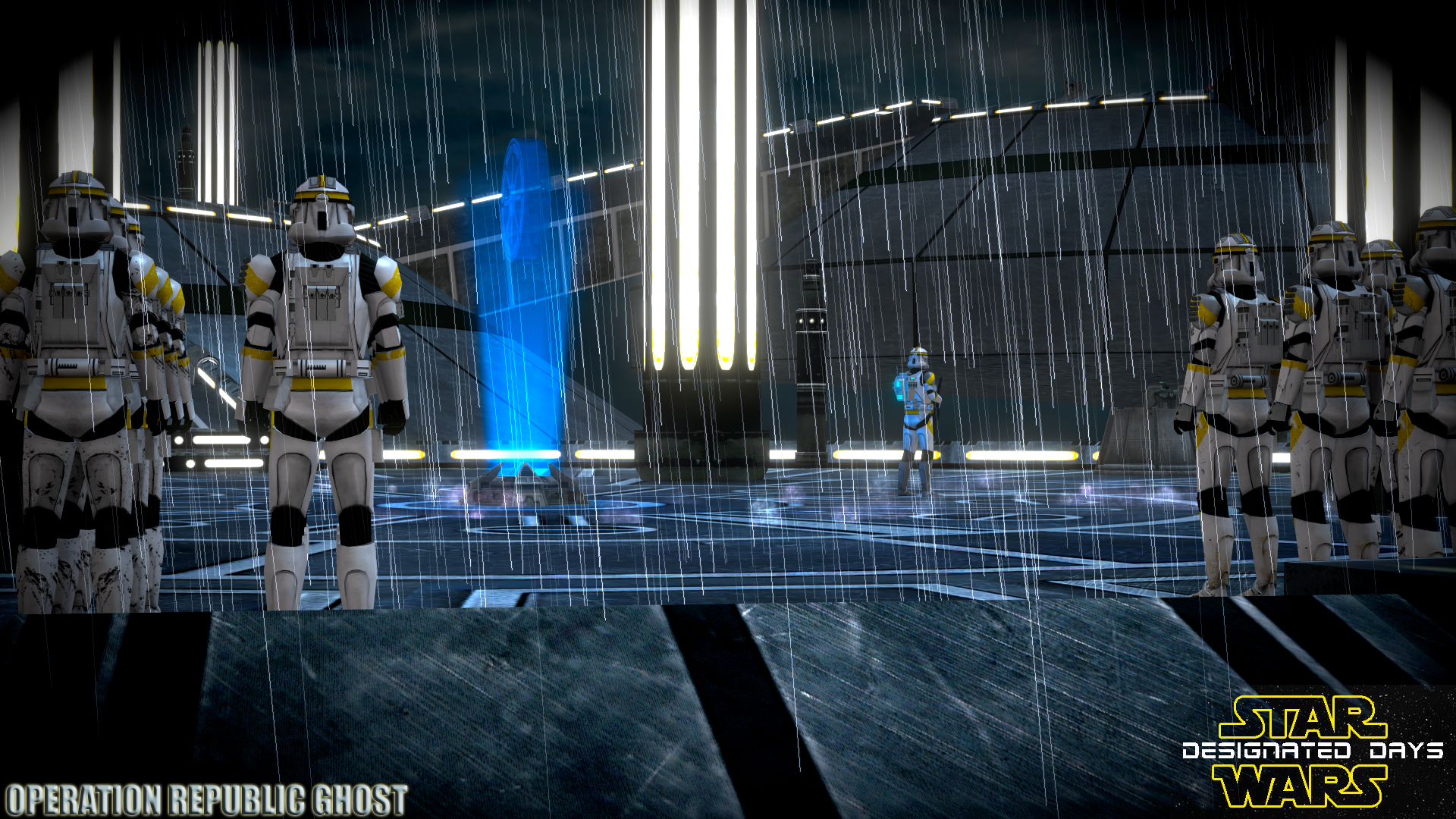 Forryx is the 31st's First Captain (meaning he is above every single other captains in the legion), second in command of the 31st (after Cmdr. Hardium of course), Captain of the renowned 1st Company. Known for his brutality and cold-hearted he's a valuable tool on the battlefield. Alongside Hardium he took part in the campaign of Parolis and besieged Giriz with his company. He is a veteran of the Battle of Geonosis [22 BBY]. -Once I, Fox, will update ORG Chapter 1-3 to its 1.1 version I'll add-in Forryx as a playable unit, worry not!- 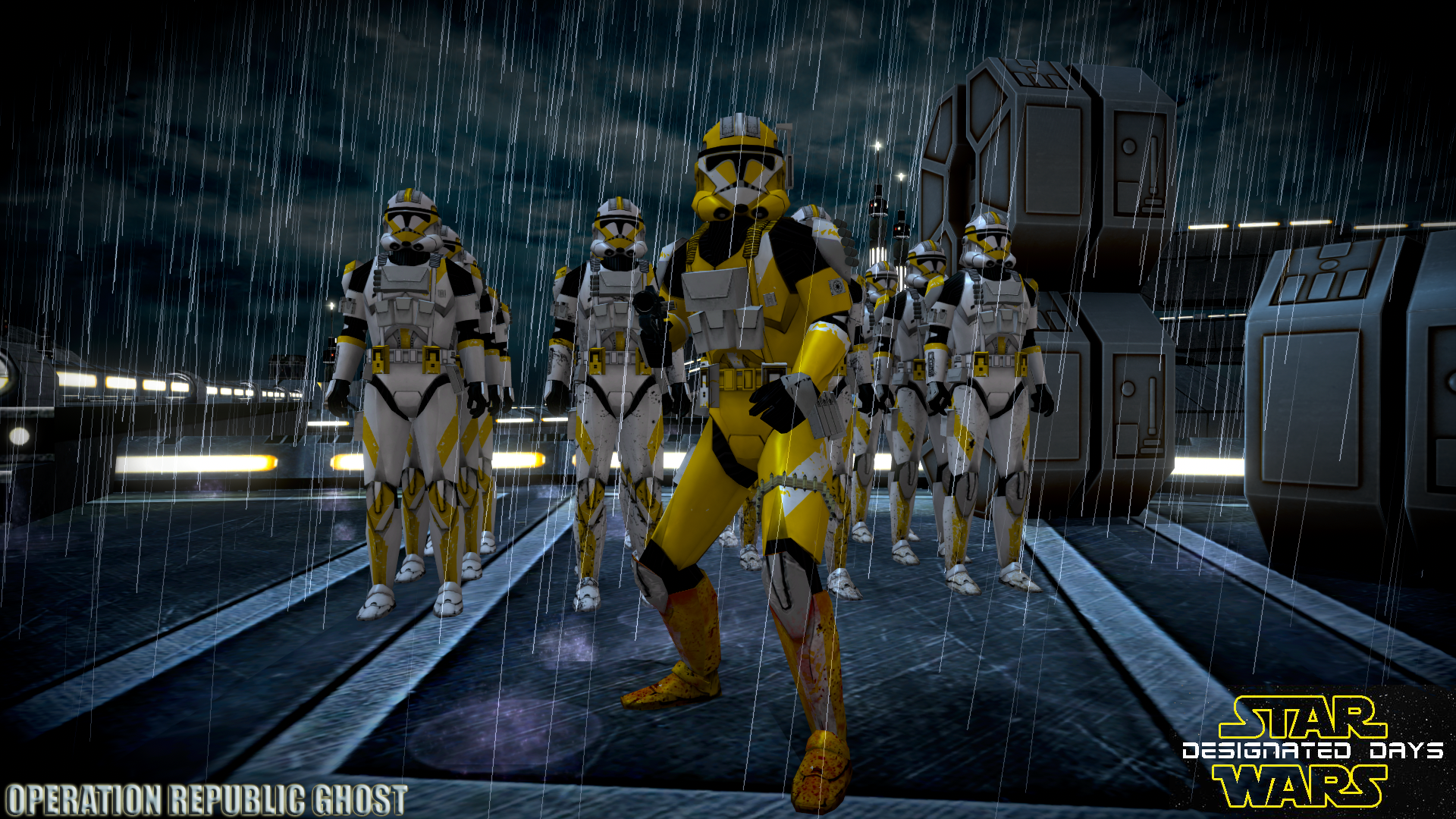 Roughly one month after the arrival of the phase 2 armor, Operation Republic Ghost was launched by Lord Chancellor Sheev Palpatine and the Republican senate. Rumors were heard that the Rathia system did not support the Republic and wanted to lean towards its very own political government or even to side with the CIS. While most Coruscant senators would not believe these facts the Chancellor decided to send in a discrete yet preventive task force.
The 84th Recon Division would be the spearhead of this campaign. Republic Intel decided that ORG had to begin on the remote Island of Parolis so the arrival of the GAR would be unnoticed by the main continent, Zormanis, where Rathia’s main defenses are. Moreover Republic Intel decided that location because of a hole in Rathia's planetary shield. 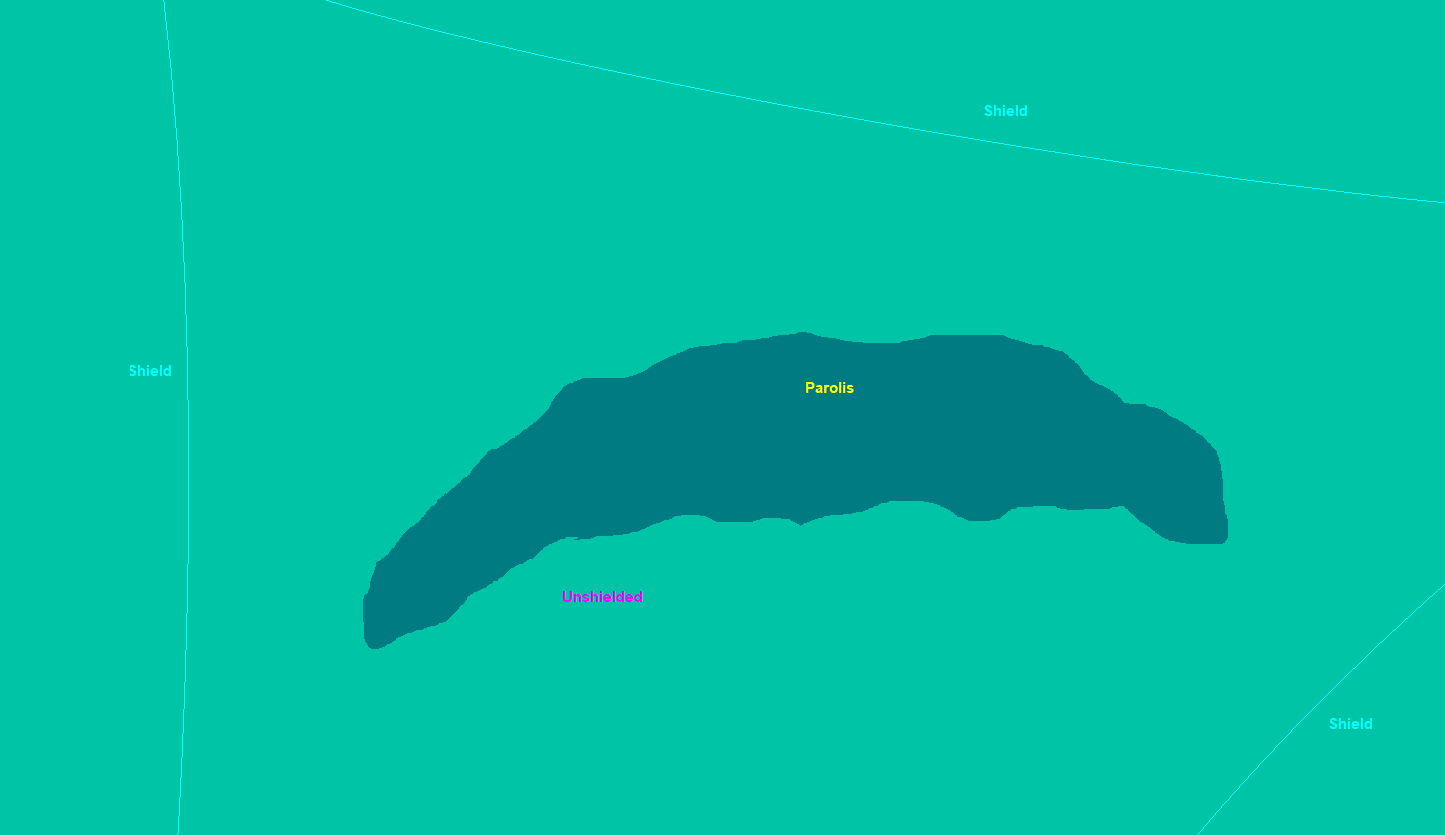 With only one Acclamator-class assault ship being dispatched the 84th went unseen till the very first land recon operations.

Once the hostility towards the Republic was a proven fact where further recon is done only to find an enemy that thinks and shoots back, the 84th recon finished securing the various farm-areas while waiting for the dispatchment of the 31st to take down Parolis’s major city: Giriz. 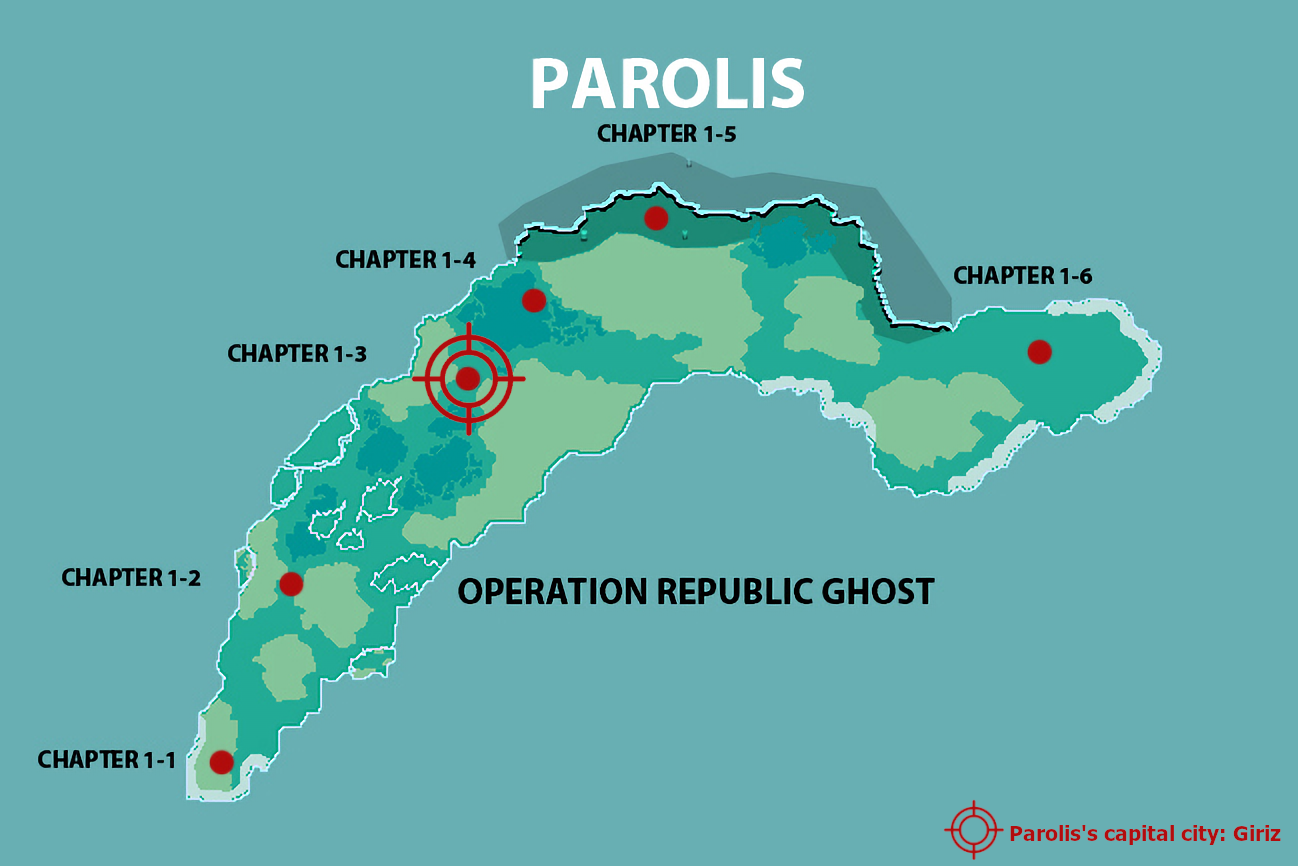 The 31st flew in on a new Republic invention: LAAG/i(s) (Low Altitude Assault Glider). It was simple technology compared to LAAT/i(s), but this was its first combat test. The craft was armed with a 20mm light laser cannon on its dorsal side. Intel was slightly off as the gliders landed just short of the city and came under heavy fire. The 31st took a few casualties, but managed to break through the first line of defenses. The fighting was extremely heavy, with the 31st fighting street to street, building to building, man to man. As the city was badly reinforced with only a few turrets dispatched here and there, and as they were poorly trained the police forces stood no chance. The intense fighting lasted for hours with blaster fire and explosions everywhere and the civilians hunkered down in their apartments waiting for the battle to end. Finally the 31st came upon the last area. The courtyard was swarming with enemy foot-soldiers, including a new type of infantry from the Zormanis mainland - the Rathian Elite Guards. They were stronger, better trained and better equipped than the militia and police forces encountered at the beginning of the war. Accordingly the 31st lost several men assaulting the capital building with Hardium receiving a shot to the shoulder. He kept going despite the wound, firing his heavy blaster cannon and cutting down several militia. Finally the capital building was theirs. This disheartened the Parolan Defense Forces and got the militia to think twice. The Republic set up their forward headquarters in the heavily damaged capital building, which they used for several months as they pushed the militia back.

Commander Hardium sent a detachment out from the city upon receiving reports that militia are mounting for a counter-attack to retake the capital. The 31st went down the main road with a convoy of Saber tanks but the vehicles were suddenly wiped out by an 88mm cannon. The 31st would have to take them on by foot. With their tanks burning in the ditches and the middle of the road, they moved on, taking casualties as they advanced toward the gun position. They took out the cannon, but encountered militia and MG's from across the bridge next to them. The laser MG cut them down as they advanced over the narrow bridge, bottle-necked to the Militia's advantage. Finally after heavy losses, they pushed on yet again. Then, an explosion. Enemy tanks shelled the clones' position as they made way. Slowly the tanks were wiped out by well placed rockets as the clones continued to push the enemy back. They discovered a large building, walled off. They sent scouts to investigate. They were counterfeiting Republic credits. Stacks and stacks of credits in the form of paper lined the room. They took pictures and moved on to the building adjacent. What they found was unsettling. The Rathians had housed cloning tanks of their own in this facility. Whatever this diabolical plan was, it had to be stopped, so the Republic torched the buildings. Encountering more tanks and infantry outside of the facility, they finally destroyed the remaining enemy forces and setup a small forward outpost and began processing what they had found. 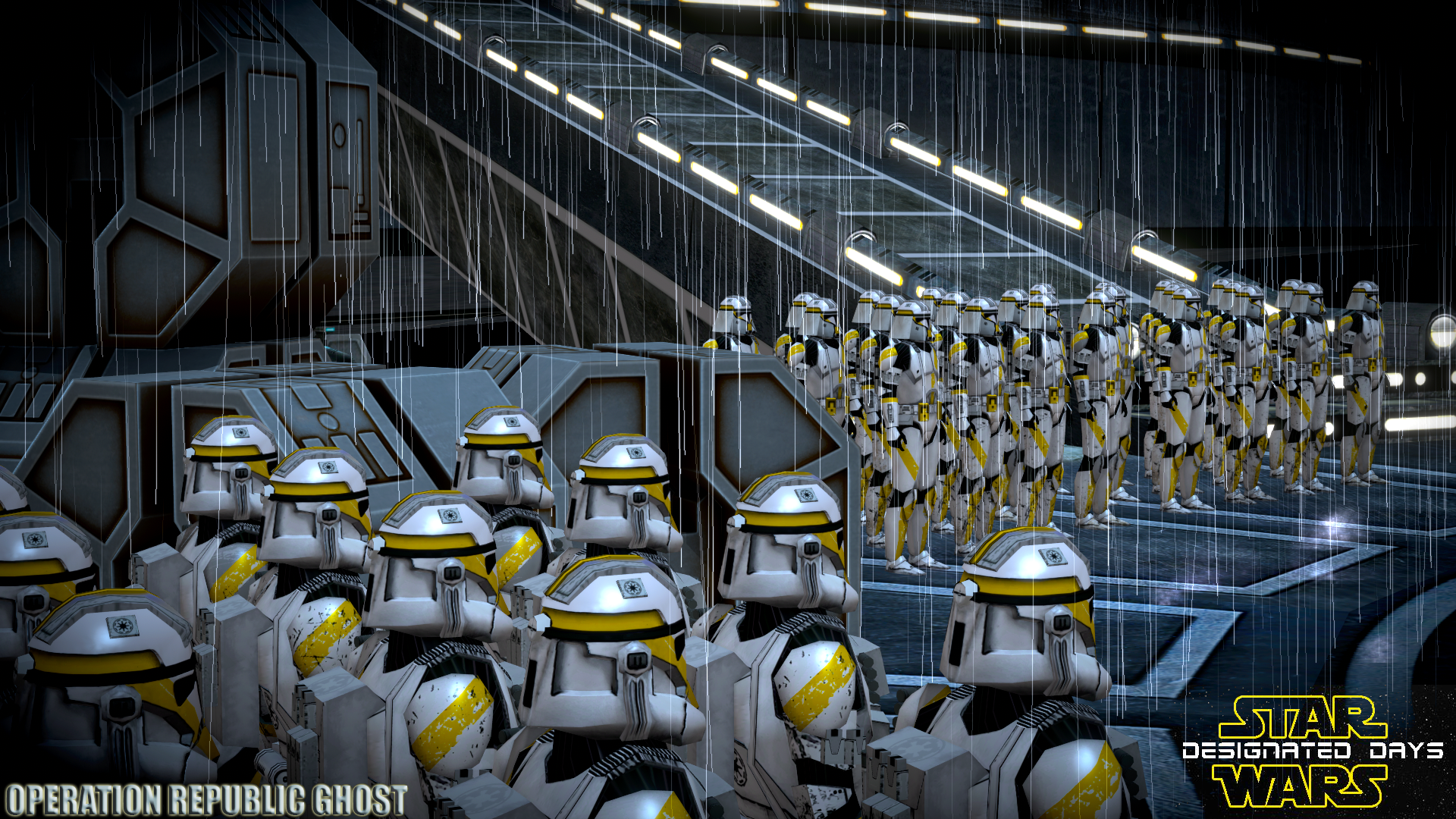 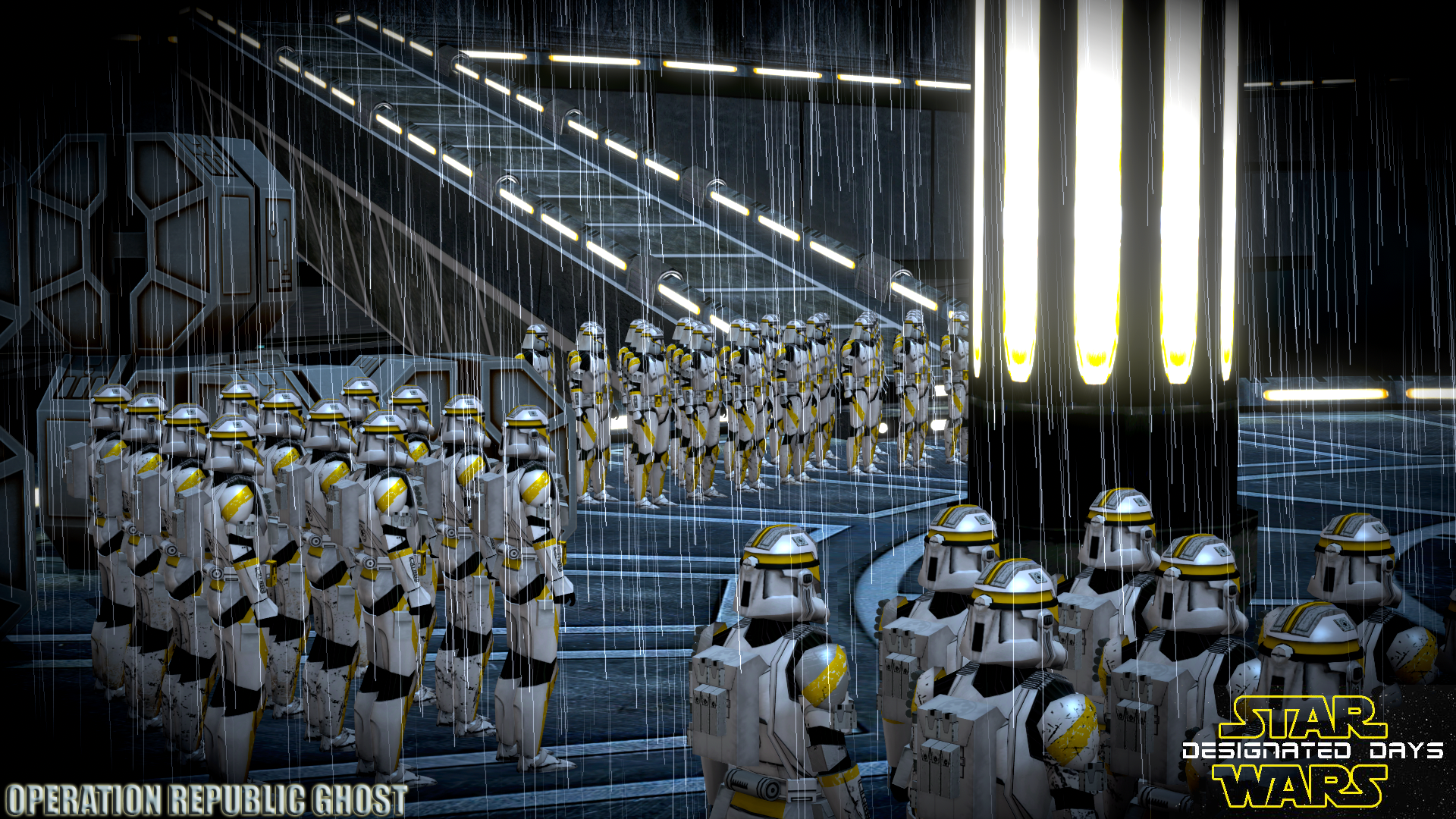 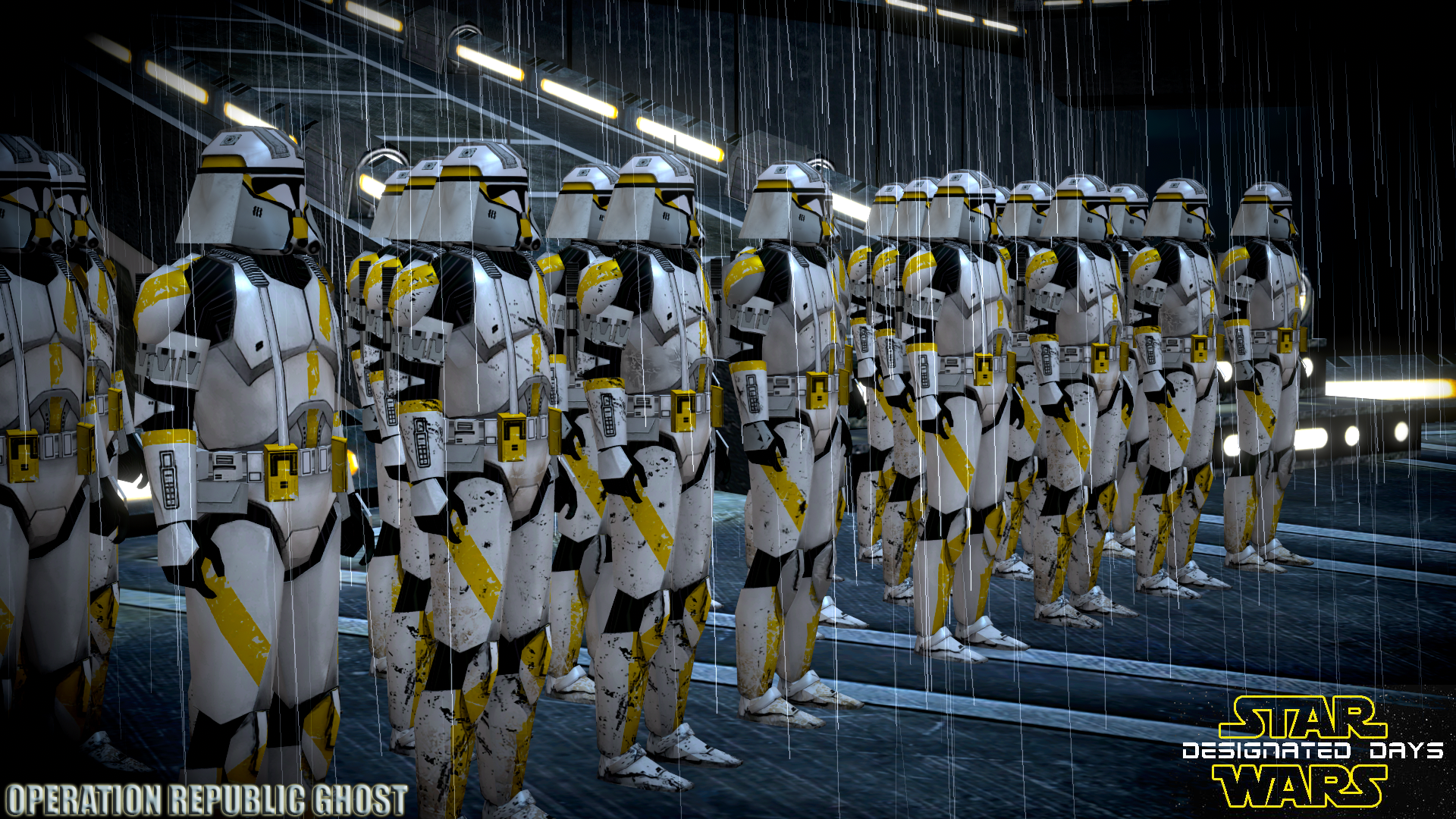 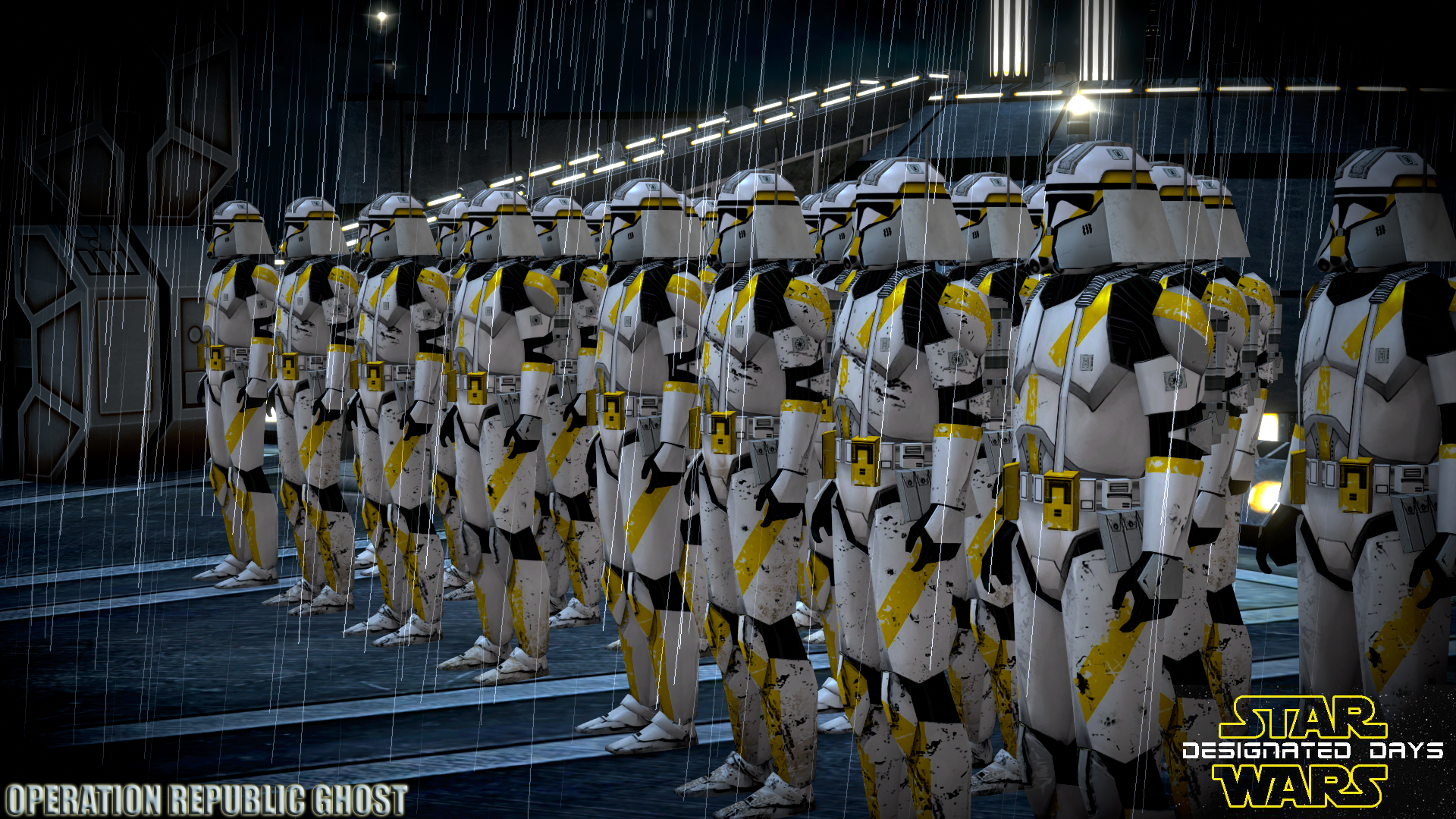 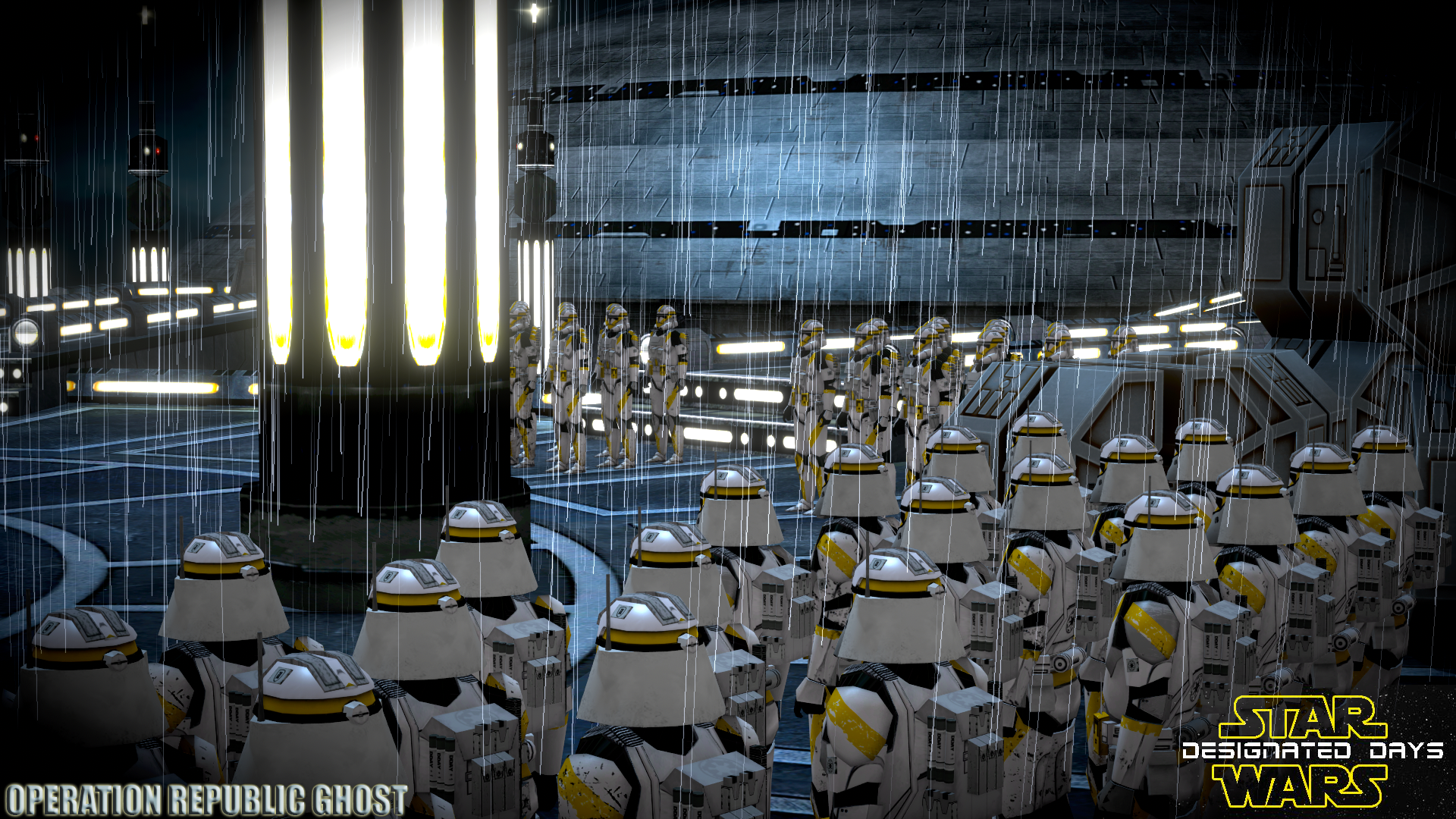 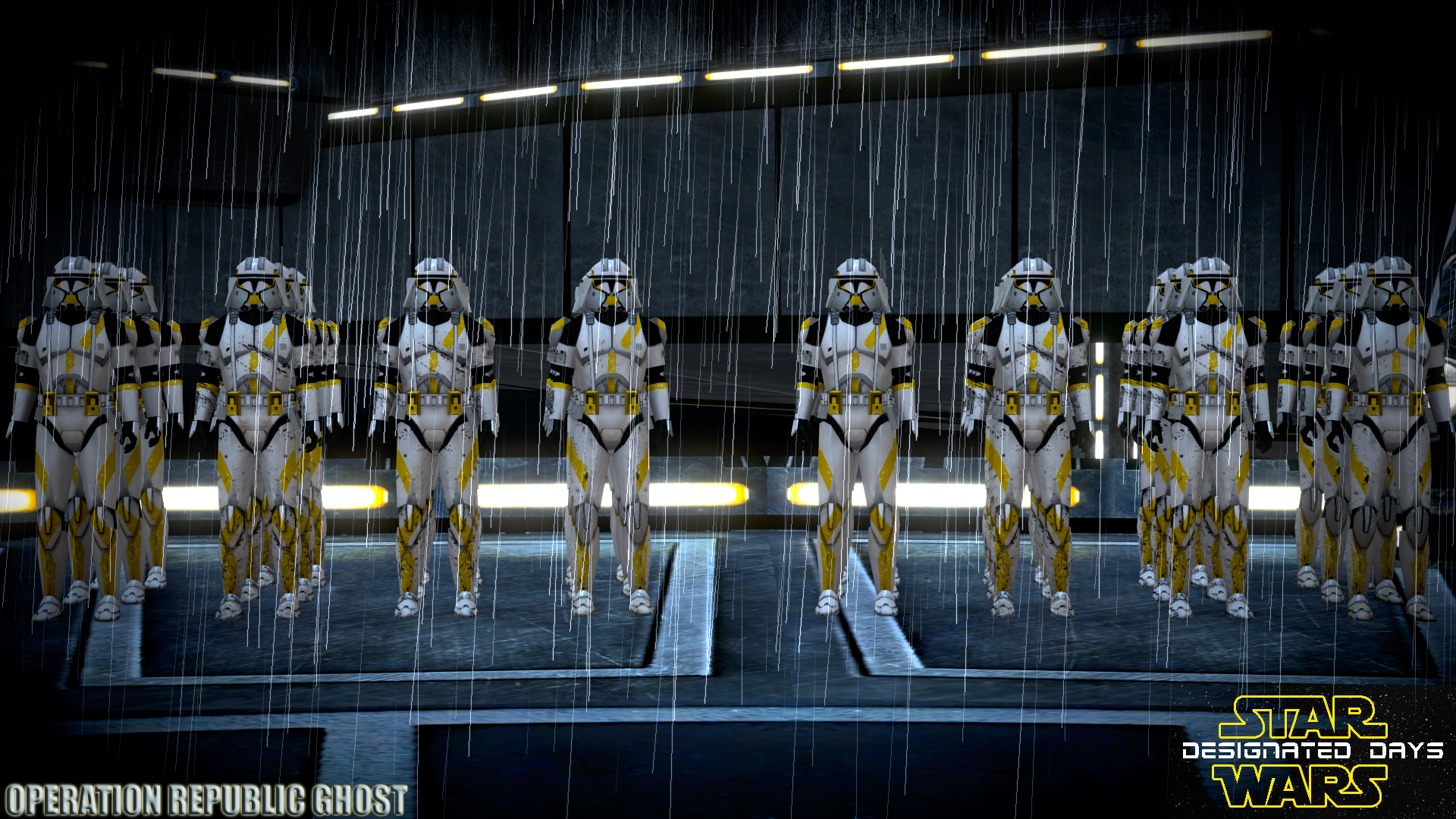 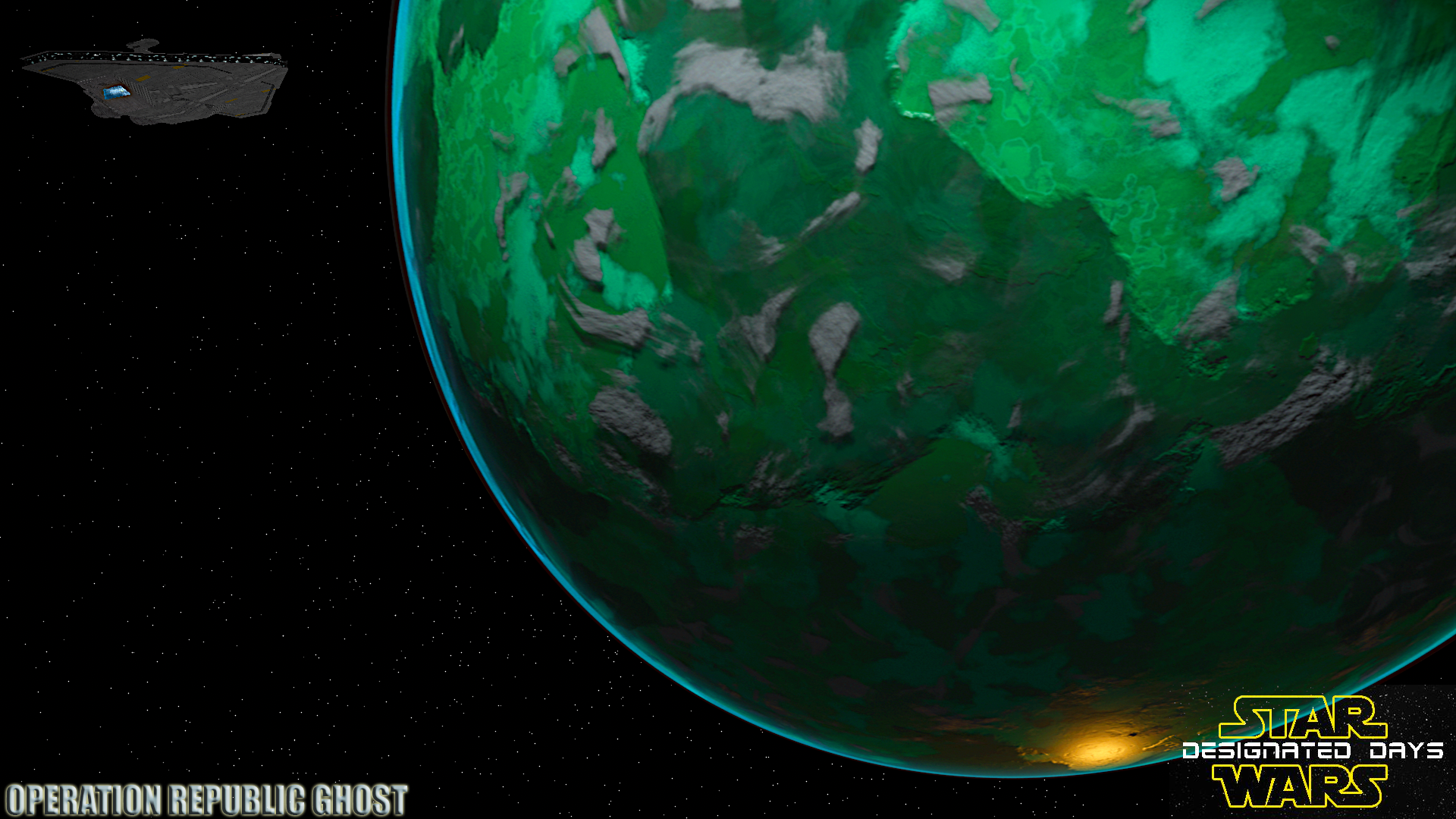 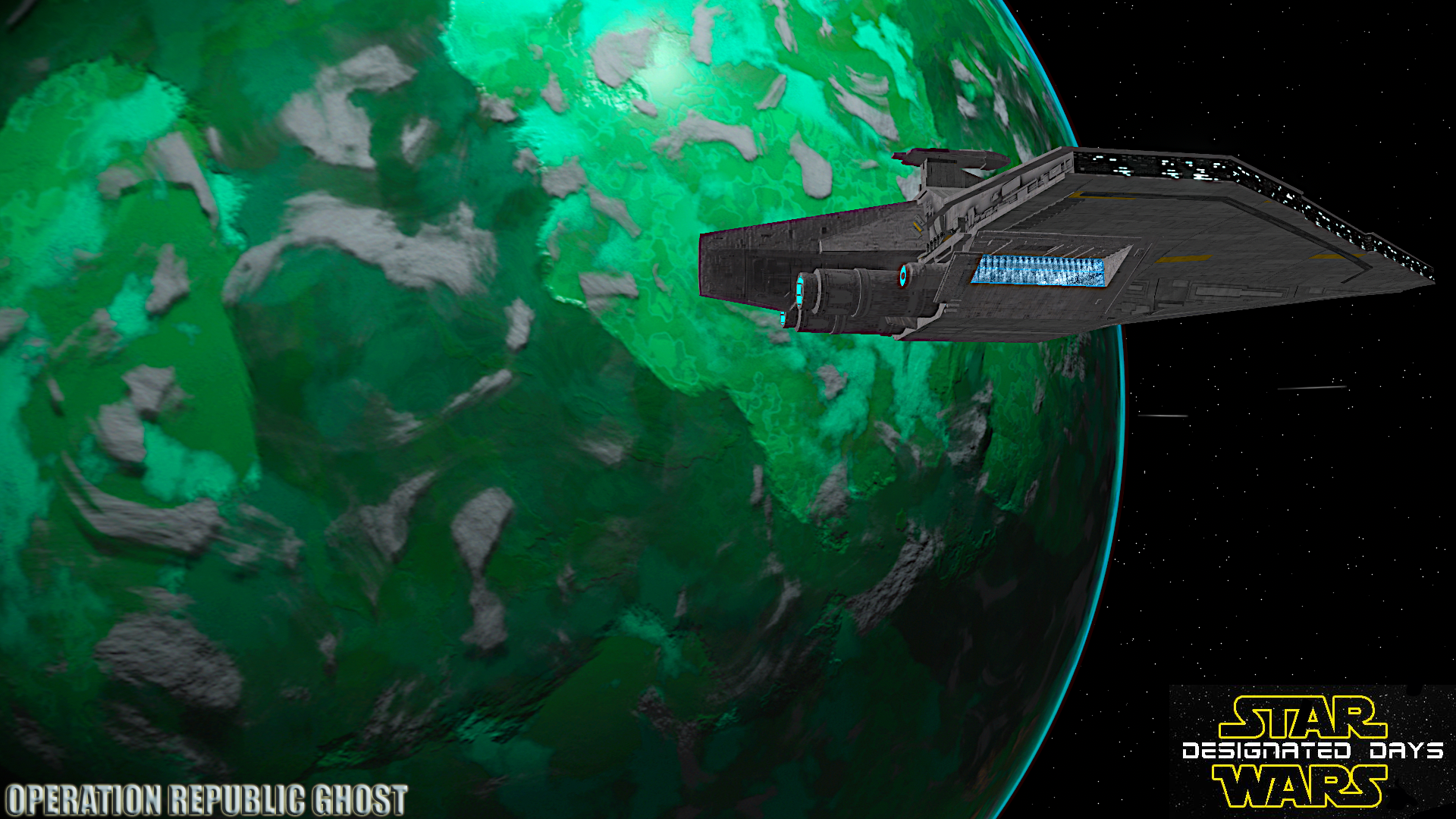 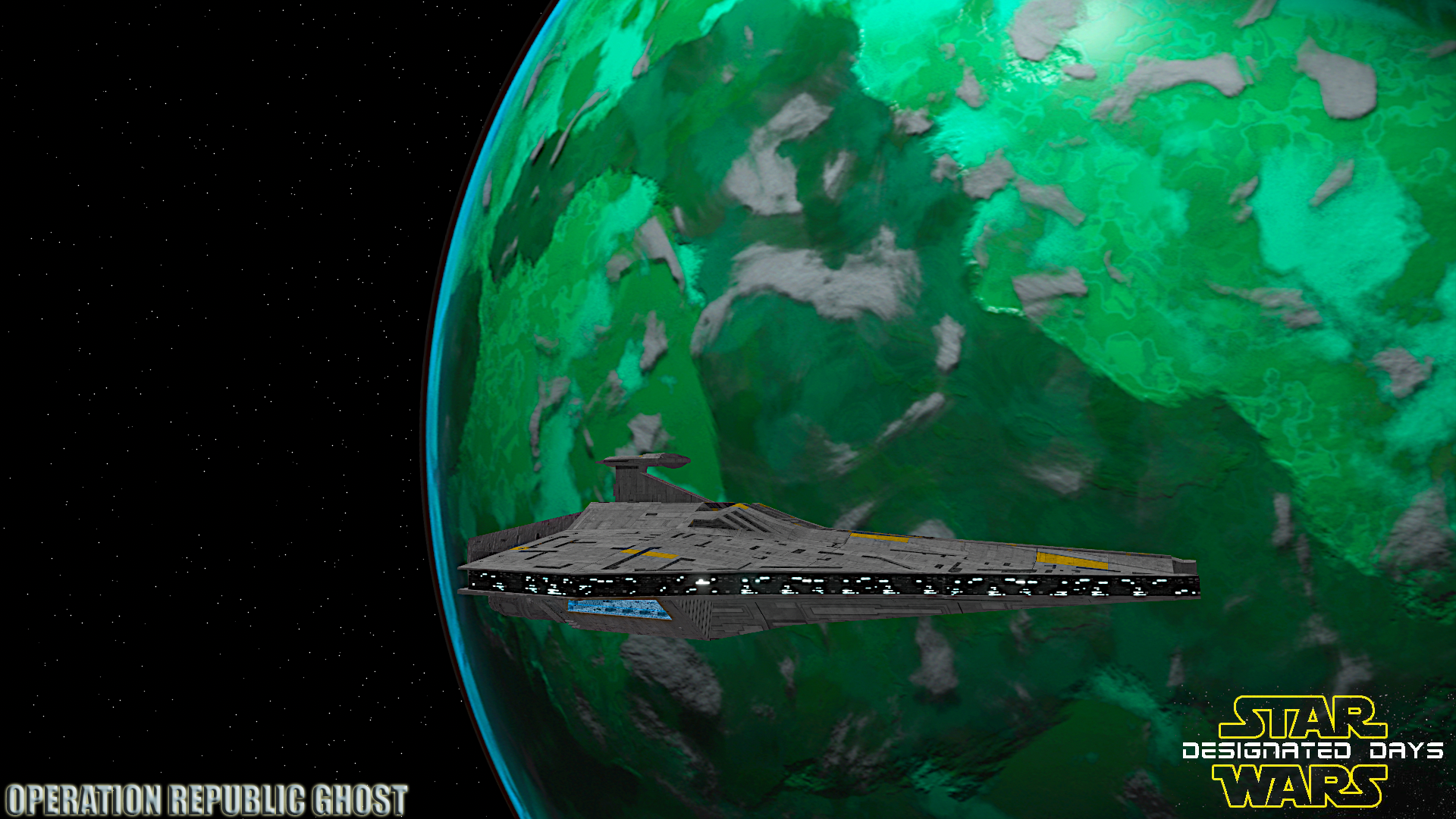 The Hammer of Coruscant over Rathia, in the South-west of the Rathia System

Very interesting story. Will you be doing articles like these for the other two regiments shown in ORG?

So what's the whole story for DD in chronological order?