The much anticipated release of Version 1.3 of C&C Tiberian Dawn Redux is here! Check it out TODAY! 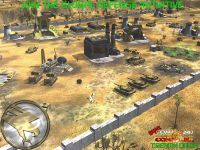 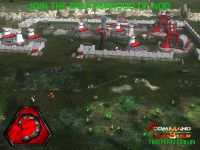 This Mod has the complete GDI and Nod factions available including two subfactions. GDI's Task Force Talon and the Nod Black Hand. The Mod also utilizes the Classic Construction Yard build system. If that was not enough, there are 18 Singleplayer Missions and over 120 Skirmish/Multiplayer maps which include your favorites featured in C&C Generals Zero Hour that have been modified to work in the Mod!

Well, that classic game from the early 90's that spawned over a dozen titles and revolutionized the RTS Gaming World has been reincarnated in the advanced 3D RTS World of the C&C Generals SAGE 3D Game Engine and looks better than ever!

All the classic units and themes are back, the original videos and music are all here too. As a special bonus, several of the GDI and Nod missions have been recreated in the best detail possible. More missions will become available once they are completed! However, you can dish it out in a skirmish or multiplayer game to your hearts content, as this Mod does work in both modes!

This Mod also explores the "special" units and features that the first Command & Conquer shown in the cinematics, but not in detail in-game. This includes the evolution of the subfactions spawned from GDI and Nod with experimental units and weapons that were being developed after the great battle where Kane was presumed dead. 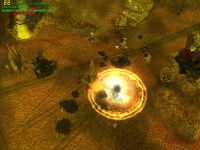 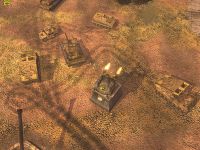 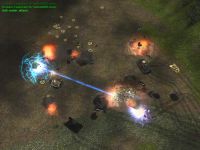 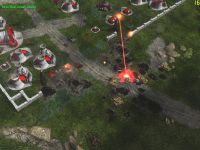 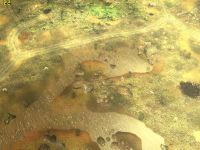 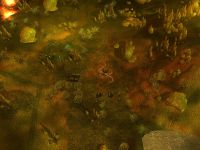 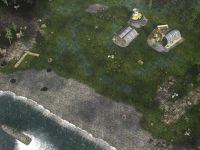 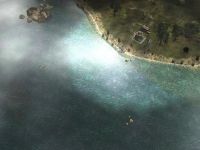 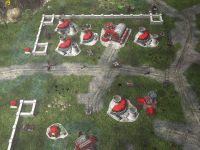 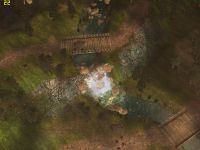 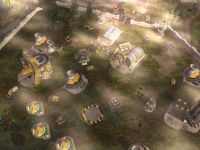 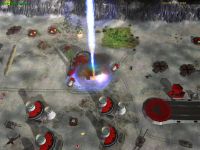 HARD AI: Starts out as mostly a turtler and builds a considerable amount of defenses around its base and around important areas of the map while assembling small strike teams to guard these areas, It also likes to utilize Air Power and Superweapons frequently (when available), and prefers to build up a large strike force that is designed to overrun an enemy base easily.

SETTING UP & FINDING HAMACHI ONLINE NETWORK ROOMS FOR THE MOD:

Please note that there is a limit of how many users are allowed into a Hamachi room so you will likely have to make multiple rooms if they are not already created. You can of course make your own designated rooms but you will have to tell other users how to access it. But if you want a public room it is best to stick with the following network ID configuration described above for easy access.

However, you can still use Generals Online as the Beta Testing team has been quite successful playing the Mod through there as well.

Feel free to check out our WEBSITE and FORUMS for the latest information!

If you enjoyed this Mod or simply love what you see, please feel free to vote for us in the 2009 ModDB Mod Of The Year Awards!

A NOTE FROM SGTMYERS88: This past year has indeed been quite an amazing one! I have personally learned a lot with using the tools at my disposal and seeing how far I can push an old game engine while also recreating such a great game that is much older! Thank you everyone in the C&C Community for your continued support of this project! This is your reward and my Christmas Gift to all of you!

haha ok well we still can read it ;)

Congratulations on the release! Great timing too; I was just looking for a Gen/ZH mod to d/l. :D

Good job on the mod! Looking forward to playing it in a few minuites!

is there a way to get the bloom/shaders to work with other mods?

You can experiment, but I hold no liabilities to such actions. ;)

The overall mod quality is amazing :)

You really get the feel of TD while playing, the terrain, lighting, sound and particle effects are all top notch.

I also liked how you managed to combine the VGen Dozer system with the old MCV system. I especially like the build system for the walls very ingenious. :)

However, I do feel that you need to pay attention to the individual models and skins and not rely to heavily on the new shaders.

The chinook in particular looks really bad, and it's texture at the top has the worst stretching I've seen in any ZH mod.

Overall though I really like this mod, good job :)

I would like to echo what Zeke is saying.

A few days ago, I dusted off my old copy of Generals. After a few games to get myself familiar (while TDR was downloading), I threw on your TC.

The atmosphere is there; it really does feel like a deja-vu of TD (well, both CnC 1 and in certain places the TD mod for cnc3). The slight tinting of the landscape really helps the atmosphere.

The gameplay is there and is solid. I was weary of the two new factions, but they do seem to integrate well into the gameplay. The experimental and conceptual weapons also fit very well in the combat chain, and I can find easy use for them. A very common problem in mods is that I feel like I am forced to use new units just because they are new and not because I have some tactical need; I really don't see that anywhere. Great job from a design standpoint.

The work that you have done by integrated a new shader model into Zero Hour Sage is very commendable. I'm sure there were many a long nights getting everything together.

I will agree with Zeke that this mod lacks a certain degree of polish, especially in regards to the art. A fair amount of the units seem like just rushed placeholders; please, give them the same attention you have spent in other facets of the mod. Things like stretching textures and seemingly large differences in relative quality really hamper the details; the magic is in the details.

All in all, I was deeply impressed with your release and really look forward to see how you can improve upon it in 1.4