In which two new demo-versions are released; various minor changes and fixes are implemented; the player-light aesthetics see an update; a particular set of objects are made more-easily seen; the "stun" effect is removed from one attack; a new cursor-mode is added; screenshots and gifs are replaced with updated versions; publisher-pitching is worked towards; a new gameplay video is begun; and the new intro sees further work.

This week's screenshot shows some changes in the game's aesthetics: 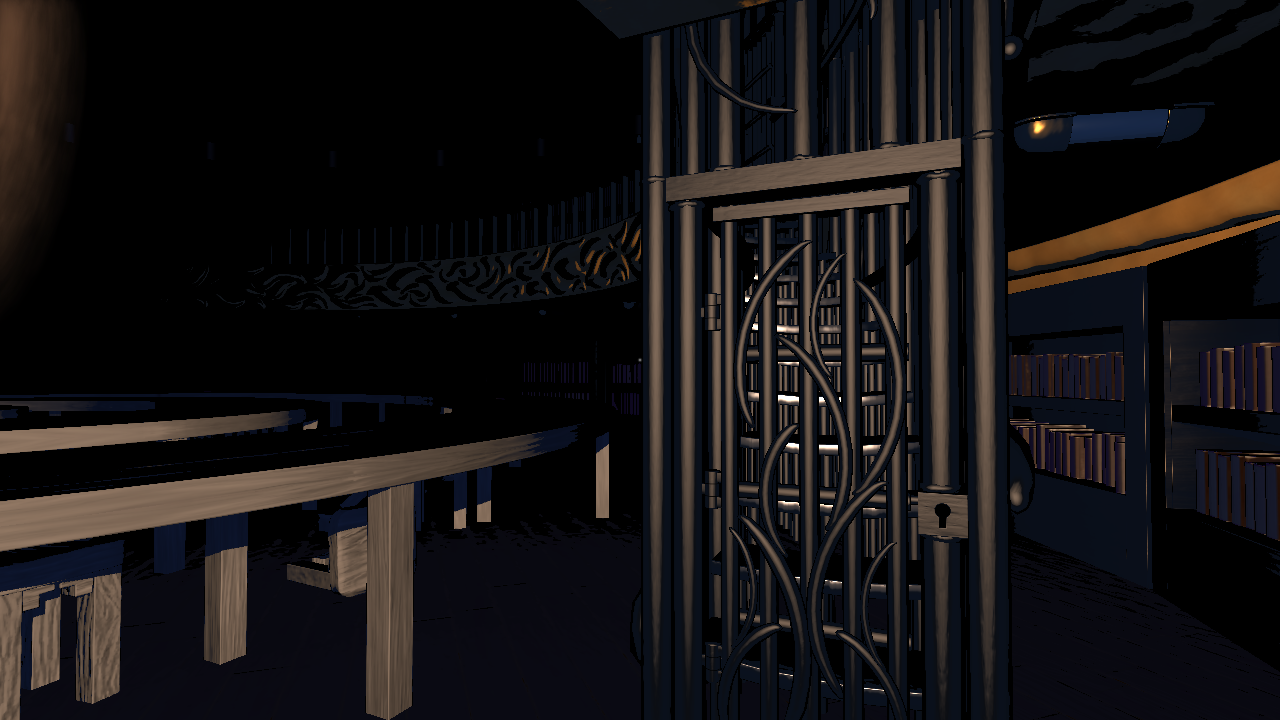 The week just past was a bit of a busy one, I feel! Not only were various changes made, but two new versions of the demo were released!

As per usual, at time of writing you can get the updated version of the demo--version 0.9.7--from either itch.io or IndieDB:
Itch.io Page
IndieDB Page

I mentioned last week, I believe, that I was working on a new build of the demo. In the week just past, then, I tested that build, and, finding it working, uploaded it.

And I'm glad and grateful to say that I was given some quite detailed feedback on said build!

Thus began what was perhaps the main thrust of the week's work: implementing various tweaks, polishes, and fixes based on the feedback that I was given, with the goal of producing another updated version of the demo!

Some of the changes were minor: fixing a bit of geometry that the player wasn't intended to get into, but could; improving the behaviour of mouse-look by replacing the pointer-position method in use; dealing with a bug in the restoration of an object in level one; and a few more besides.

(And I also fixed a minor bug in my level-editor along the way.)

A few things might be worth mentioning in detail, however:

First, I made some changes to the aesthetics of the game. The overall approach remains intact, but the highlighting of objects under the player-light has been reworked. This allows dark objects to nevertheless produce strong highlights, where before they generally didn't!

(And I removed some over-brightening, too, I believe.) 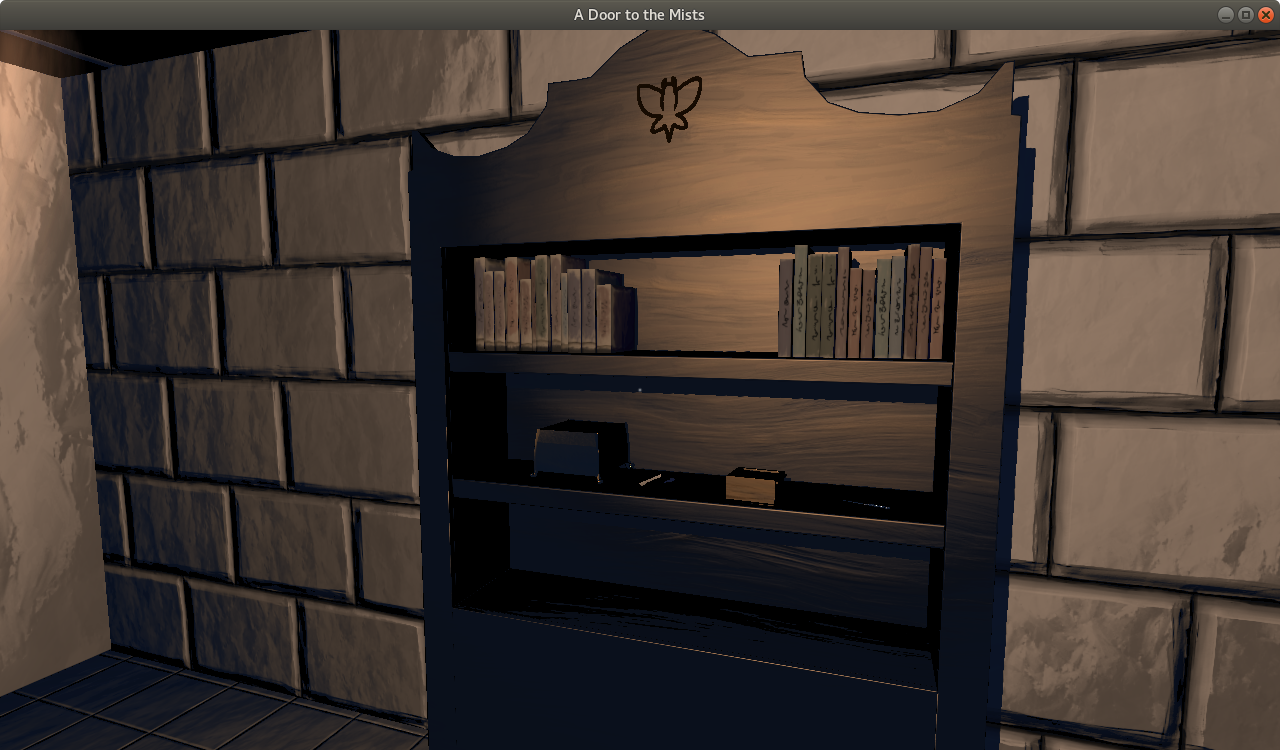 On a related note, it was pointed out to me that the objects on the bottom shelf within the first tomb in the lower part of level one were very hard to see at close range.

Attempting to fix this was one of the reasons that I embarked upon the above-mentioned aesthetic changes, as I recall; those changes didn't help with this issue, but I think were nevertheless an improvement in and of themselves.

I also attempted to fix this via changes to the manner in which the player-light is vertically positioned, but alas to no avail: changes that made the objects more visible incurred problems of their own, I found.

In the end, I just moved them up one shelf, and placed a light cloth beneath them. That, at least, makes them more visible! 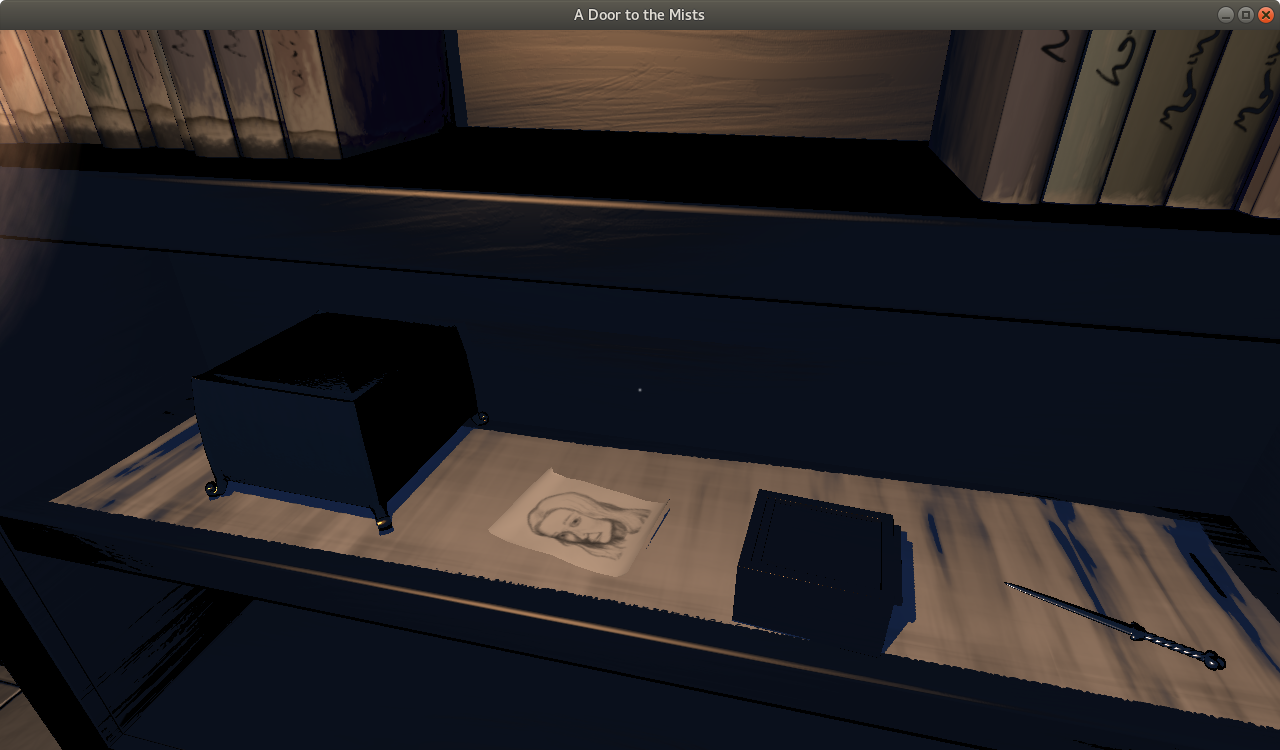 On the combat side, I removed the "stun" effect from the second mummy's "flurry" attack: it seemed that said stun was too brief, and perhaps too early in the game, to be easily spotted. This meant that at least one player didn't know why they couldn't block after being so stuck, which I imagine was frustrating.

That said, the mummy still has their "shove" attack, which has a more considerable, and thus presumably more clearly-visible, "stun" effect.

On the UI side, I had a report of a player being uncertain of whether objects without names could be interacted with.

In an attempt to rectify this lack of clarity, I've introduced a new cursor mode. Now, when the player is looking at an interactive/examinable object, the cursor changes visibly (and becomes a little bit more colourful). This, I hope, might more-clearly separate those objects that the player can do something with from those that they cannot. 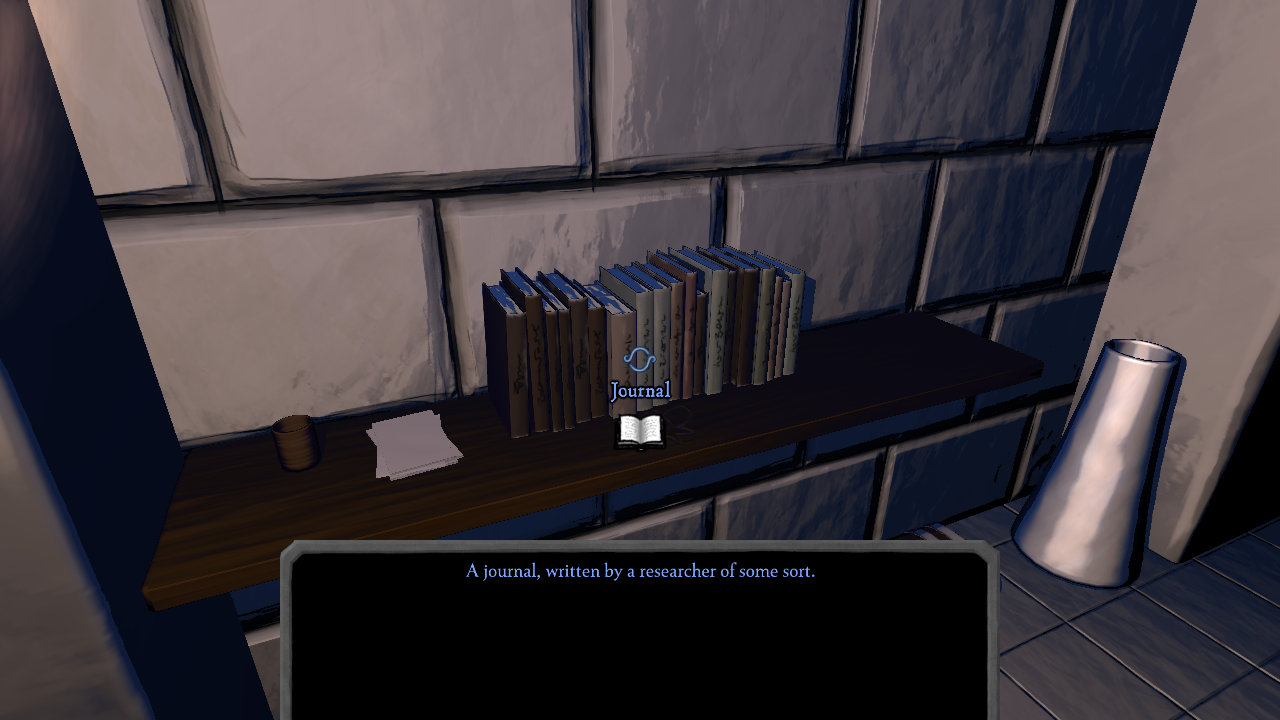 The following gif--intended to show some of the game's mechanics--also shows the new cursor in action (albeit scaled-down):

With all that done, I built another new version of the demo, and uploaded it!

And with the aesthetics of the game so changed, I also took some new screenshots and recreated various gifs (such as the one above). With these I then replaced the old versions in various places--forum threads, my website, the game's itch page, etc.

Moving away from the demo, I've mentioned in the past that I've been working up to a new round of publisher-pitching, I believe. To that end, in the week just past I did a bit more work towards that, in particular updating my pitch-document and pitch-email. I think that I may be just about ready to send those emails out!

There is one more thing that I have in mind first, however: A new "core gameplay" video. The old one is still broadly accurate, but it shows aesthetics that are rather out of date, and lacks the new cursor UI.

While it's not yet done, I've made a good start on this new video, I think!

And finally, in the week just past I did a little more work on the new intro cutscene. I believe that I have the previously-shown "leap" scene done, and have moved on to a start on the next scene. (Which borrows considerably from the original cutscene.)

(And said "leap" scene does now pan up to allow a fuller view of the protagonist after climbing the higher ledge.)