Post news RSS CGI: We Rise From the Ashes!

We are finally posting some of our long-hidden CGI work for public viewing! Check out this update for more information.

For quite some time now, one of our staff members, Henskelion has been working on some CGI material in order to add some more depth and FMV's to Twisted Insurrection's story-line. Whilst this is still very much work in progress, the aim of this game is to allow the storyline to flow much more smoothly within the campaign, also preventing players from having to read paragraphs of text (which will also be replaced with voices at a later date).

There will be In-game movies for Public Beta 5 onwards, featuing FMV's for both the Twisted Dawn era missions and of course later the Twisted Insurrection era. Here are some previews of characters and scenes so far: 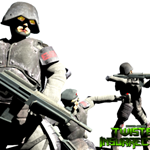 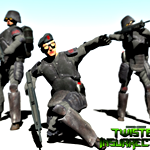 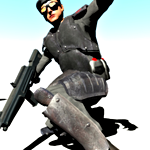 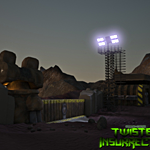 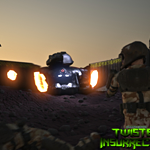 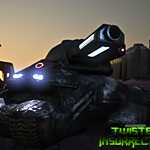 Note that everything you see here is not finished, but everything is looking very promising and there will be at least one or two FMV's ready and in-game for Public Beta 5. Contrary to popular public demand, I highly doubt there will be any live-acting scenes, but rather some Generals-esque campaign dialogs for breifings. There was also this Nod victory cinematic put together as a test quite a long time ago just for testing purposes:


I again apologize for the lack of activities on the forums and on the public update sites recently, but the excuse is still the same, we're all busy people with plenty of things to do, but that does not mean that Twisted Insurrection is not being worked on.

Thank you for your time, I hope you enjoyed the news and Happy Valentines day, ladies and gentlemen!

dude how much more professional can a mod get than including CGI cutscenes in its campaign?

awsome, i really did not expect this in the mod :)

But why not use the full helmet for the nod troops? Those look kinda wonky.

These are Twisted Dawn era infantry, they didn't require full-face helmets in that era. Insurrection era infantry will have their classy visors: Ti.ppmsite.com

That sure as hell is Westwood quality right there. =)

Yeah the video is, but those images look like they'll turn out even better.