Firstly, I'd like to give thanks to all of those that have downloaded and supported the modification thus far, it really helps the motivation to follow through with development!

Now - V3.5.5 has been updated to 3.5.6. This was just a bug-fix release to snip out those last few known pesky bugs, allowing support for GInput & hopefully making the modification as stable as it can be!

You can grab the update via the Updater.exe in your Vice City folder if you've already installed the modification, assuming you've grabbed the last two updates since the last full release (first found here and second here) otherwise the full release can be found either in the Files section, RockstarVision or GTAInside.

Hopefully not many people run into issues now - if anyone does, feel free to report them here, my YouTube, or the forum page, and I'll look into them as soon as I can.

The additions & bug-fixes in this release are as follows:

For the previous update (the big one this is piggy-backing off)'s additions (it's quite extensive!), check the link below.

You can find the full progress list of the modification, more screenshots & etc either on the mod's homepage or here.

Following the latest release, I've noticed that there have been a few articles about the modification here:

Huge thanks to the websites and writers of these articles, it means a lot to see them posted & I appreciate any attention the modification can get. :)

The next version of the mod will hopefully be the big "V4", featuring the last of what I can make and finishing my work on the modification in a big ol' blaze of glory.

The plans for that release are:

- Finish the rest of the big map modifications (biggest focus on the Sunshine Autos map features - the waterway through the Docks, the extended airport, curved Leaf Links bridge, etc).

- Restore the last of the cut dialogue in missions and elsewhere (phone calls, open locations like bars, etc).

- Recreating the cut weapons, those being ones such as the Grenade Launcher, Tazer, etc.

- Restoring all other miscellaneous things such as cut songs on radio stations and more.

- Implemented/improvised cut beta features and radio stations mentioned above will be on optional installs.

The idea is to have four scripts to choose from: the current two; Standard and Full, where Standard has all the features of Full, minus its beta-accurate removals (no Stadium or North Beach RC Race), but with new additions alongside them - Standard+ & Full+.

Standard+ & Full+ will be extra scripts that have improvised beta features included in them, improvised as they are known to exist but unknown entirely as to how, as the ideas may not have even been fully realised and just things the developers toyed with in production.

These are things such as the drinking, gambling and dating features, plus restored cutscenes & improvised missions like Steve Scott's final stunt mission, Mr. Moffat, etc.

These will be extra as some people may not like them from how improvised they are, plus how unfinished some things might be - meaning in some places there may be dialogue purely in subtitle or placeholder audio form, in the case of restored cutscenes and other places where the audio no longer exists in files, such as with the dating.

Progress on a few of these things have already been started, those being drinking, side-missions like Trash Dash, and cut weapons. 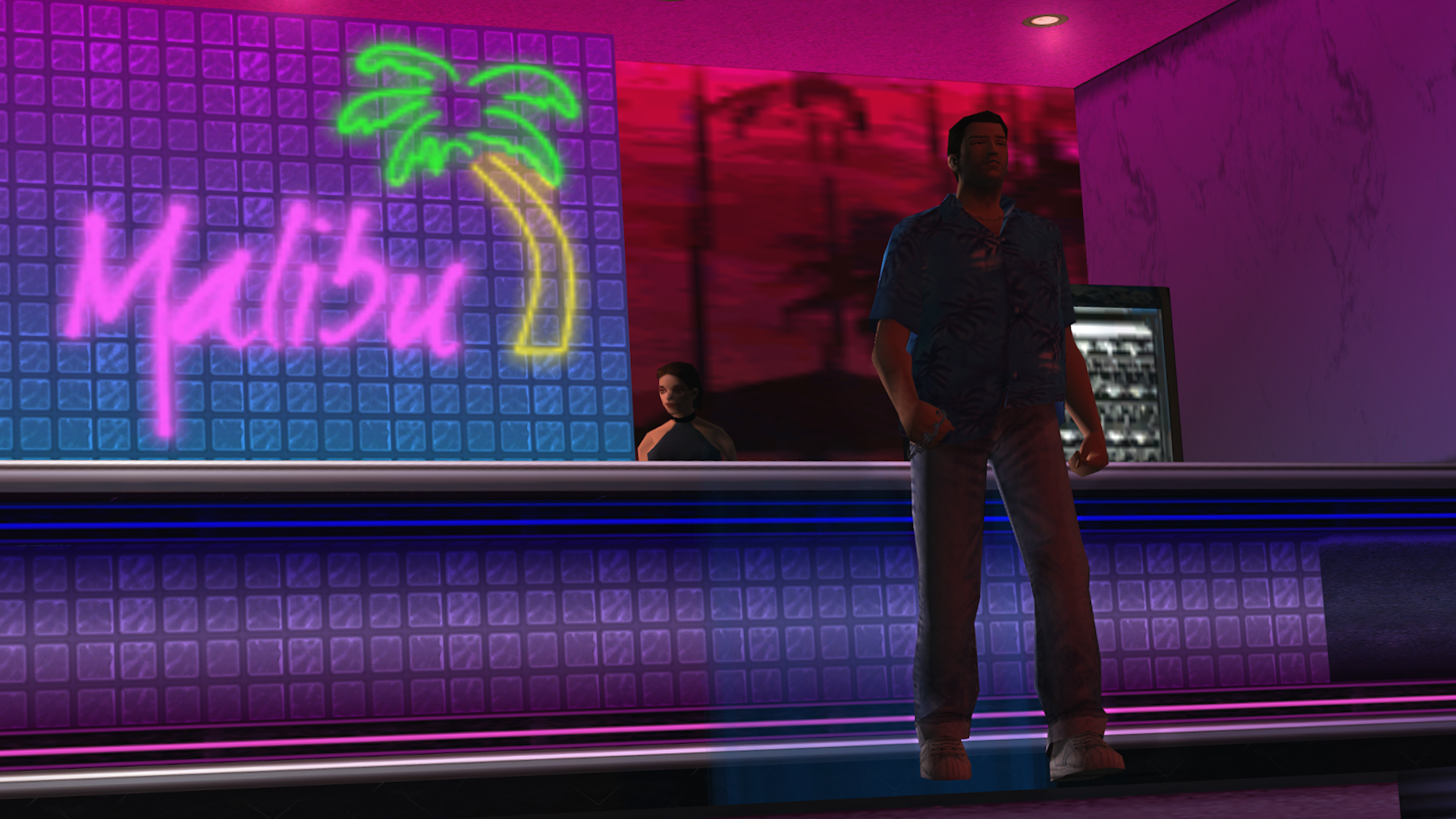 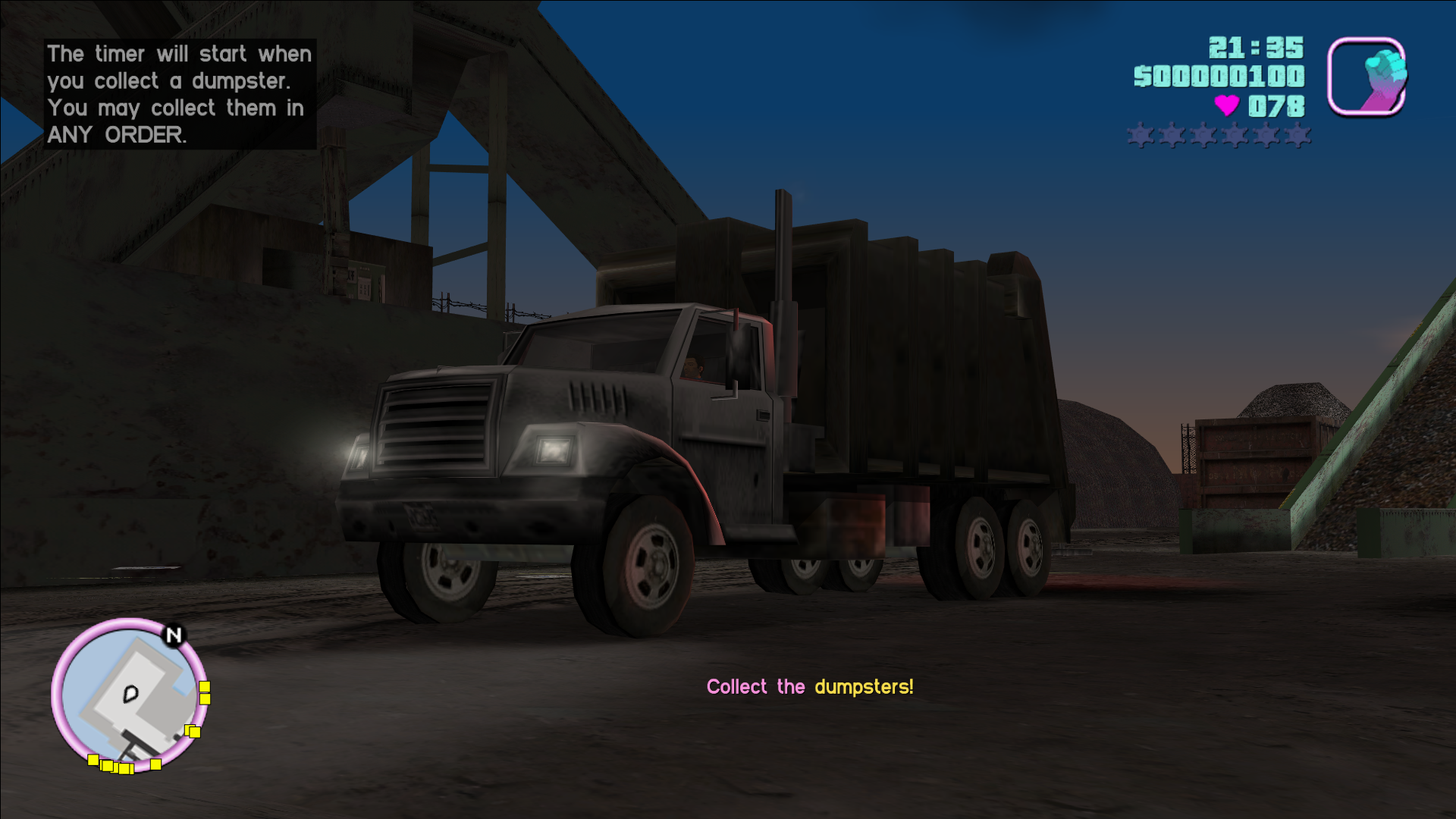 I work on this modification in my spare time between other personal projects and commitments, so progress on the next version could be *very slow* but the release is definitely on the cards, so my apologies - you know how it is!

Thanks again for checking out the modification.

Find any future progress & updates over in the topic at gtaforums.com.

If any of you appreciate the amount of work put in to developing this and are feeling SUPER generous, feel free to help 'buy me a coffee' or something as that extra bit of thanks and show of support!: paypal.me/kalvingfx

I think U have Restored NEONs & Mercedes cortez's Phone call hah! Is THIS?