V2 update for "Call of DOOM: Black Warfare" is available! With ACS improvements, you can now play with even more custom maps!

V2 update has been released!

There are no new weapons or new elements, but many bug fixes and ACS improvements have greatly improved compatibility with other custom maps.
This was made possible with the help of great mod customizer Wally0222.

-What is "Call of DOOM: Black Warfare"?

This mod is a realization of the modern DOOM I wanted.
Players can fight DOOM monsters with high quality firearms imported from the Call of duty universe.
This weapon WAD is compatible with many custom maps, so you'll have fresh gameplay on maps you've played in the past.

4 versions will be released.

1:not Potato PC
The file size is large and there are many animations, so please play on PC.
It's difficult to enjoy this mod on low-spec PCs and smartphones that have a lot of lag.

2:Official DOOM game(IWAD)
This is a mod, so you need a base game file.
Please purchase the official DOOM on Steam etc.
Or use FREE DOOM.

3:latest GZDoom engine
This mod only supports GZDOOM.
If you run it with another engine, unexpected problems will occur.
Also, this mod is for single player. Multiplayer is not supported.

Use GZDOOM to launch files A and B together.
Be sure to load in the order of A to B.

Select two pk3 files with the Ctrl key, then grab "FileA" and drop it on GZDOOM.exe.
Alternatively, use Autoloading with a shortcut.

If you get the following error message, you are loading the files in the wrong order.

After starting the game, first open the OPTIONS "Customize Controls" menu and set the "Call of DOOM - Basic Controls" and "Advanced Actions" keys.

Set "Equipments Shortcut" only when necessary.
Explosives are in slot 9 and equipment is in slot 0.

(select only one you want to use)

-Add-ons for COD:BW
(These downloads are optional)

Showcase of all weapons: 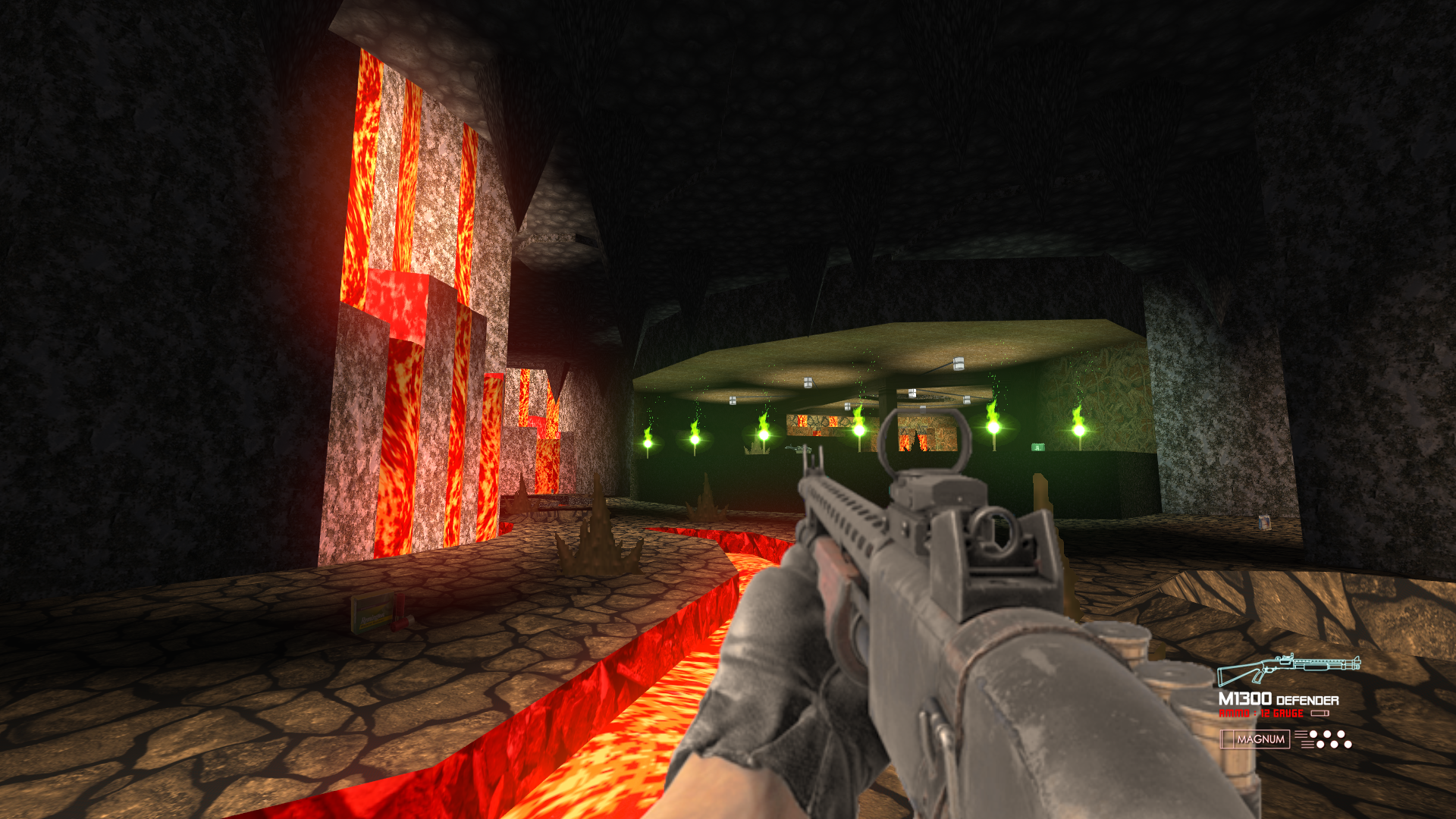 Introducing 70 new weapons.
There are no energy guns, all guns use bullets or rockets.
Most weapons have aim shooting and reloading function, allowing you to switch shooting modes and change ammo types as needed.
And various kinds of ammunition based on the caliber of the actual gun will appear.

[Survival Knife] - Can be used for Instant attack and stealth-kill.
[Frag Grenade] - A powerful grenade. You can also knock out by hitting the enemy directly with a grenade.
[Stun Grenade] - A stun grenade that afflicts enemies with intense flash and noise.
[Flashlight] - High beam flashlight mounted on a helmet.
[Night-vision device] - A ready-to-use Night vision device mounted on a helmet.
[UAC Satellite Phone] - Can summon relief supplies, reinforcements, and attack helicopters.
[Tactical Medikit] - A first aid kit that can carry up to 6. Be careful not to be attacked by the enemy while you are giving the injection. 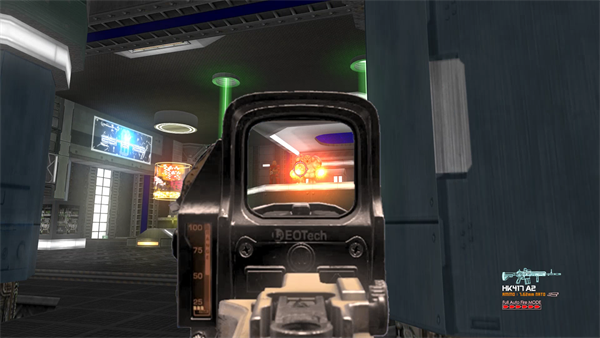 There are 12+α friendly soldiers with new sprites.
It also includes the Heroes of "COD: Modern Warfare" and "COD: Black ops".
You can summon them with Satellite Phone when you need them.
If you don't want to see hell anymore, you can call a girls.
When you want to fight alone, use the Satellite Phone to get ammunition and other relief supplies.

You can give three instructions to fellow soldiers : "follow", "wait", and "gather".
If you get a Sentry bot somewhere, you can switch between "follow" and "Attack" instructions in the same way. 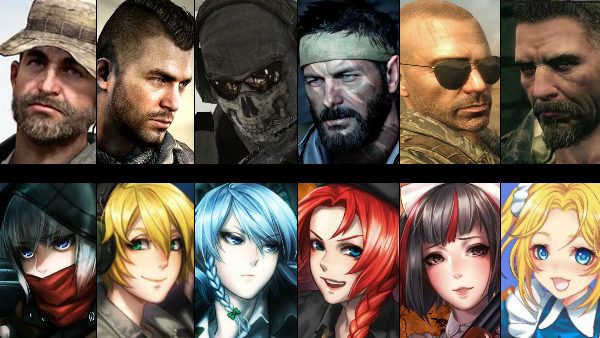 The infamous "mystery box" from the COD zombie series will be featured in this mod.
There are 90 different results, and you can get the best weapon, but you can also get the worst weapon.
There will also be secret items that can only be obtained here.
If you want to challenge, use the Satellite Phone to summon the Mystery box. 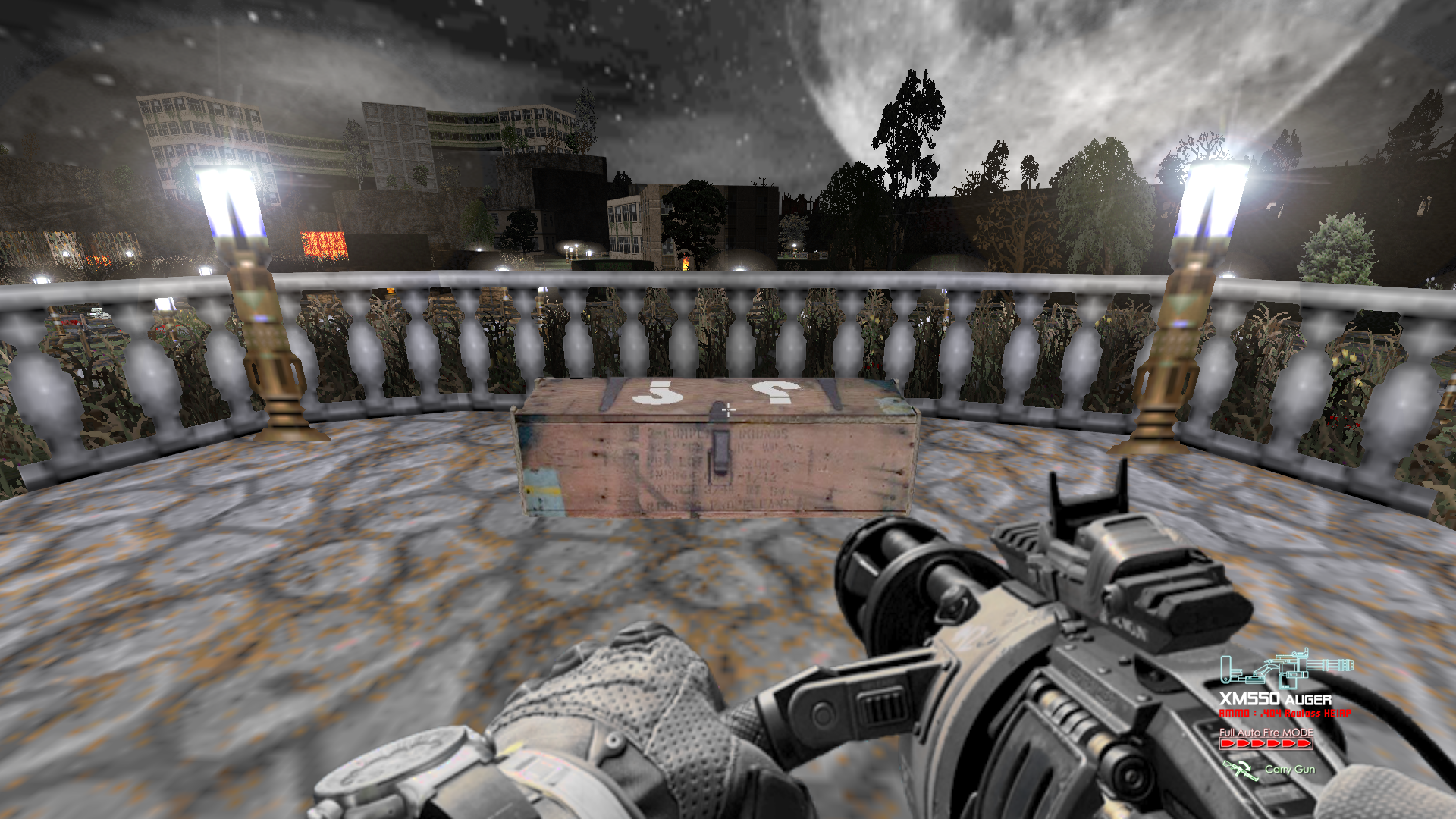 The kill speed is faster than Brutal DOOM, and even the weakest 9mm gun can defeat the Pinky Demon.
However, you will always suffer from a shortage of ammo and recovery items.
Kill your enemies as soon as possible before they are attacked, like Call of Duty. Otherwise it can have fatal consequences.

If you are a veteran player, choosing a higher difficulty level than ultra-violence (Brutal DOOM ver only) or a class with a stricter weapon possession limit will make you more thrilling.

Players can only carry 4 weapons. (In the case of normal mode)
Every time you find a good weapon, you have to choose to drop something.
Carefully look at the spec sheet, which describes the advantages and disadvantages of the weapon.
If you're greedy and holding only powerful weapons, you'll quickly run out of ammo, and you'll have to drop something and switch to a 9mm gun.
There is no convenient item box.

Weapon placement changes randomly each time you play.
Flamethrower may appear when you need an M16, or you may never find your favorite weapon.
Therefore, even on maps that have been visited in the past, the tactics can change significantly depending on the weapons you can pick up.
This weapon mod was developed so that I can play it for over a year without getting bored.
(I don't know how other players will feel, but I've been enjoying DOOM for years with this mod) 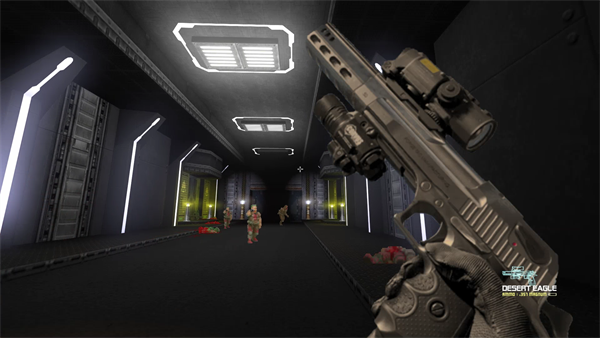 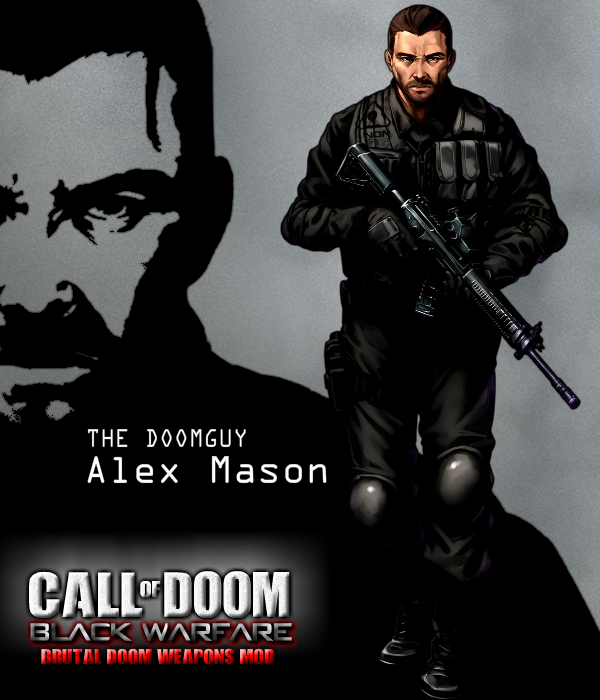 Alex as the Doom Slayer is kinda cool

I wanted to ask a question about something in the V2 version,

In the V1 version the anime soldiers would stick with you even when you beat the level while in V2, once you beat the level you have to summon them again. Is this a bug or a added feature because I liked how in V1 you could keep all 6 of them once you summoned them all to help you on the levels.