Hooray to our first status update! Currently, we are busy building essential tech for the game and refining the art style. Read more in our article.

Hey, everybody! This week we’re putting out a little update on the Worbital art style development.

Our priority missions right now are building the essential tech for the game and defining graphical style of Worbital. While the first one is obvious, you might wonder about the art style changes—why are they needed? We had the mock-up graphics done for the reveal teaser (see above), but our work wasn’t done there. A big factor was the time pressure before the unveil. We were set to premiere the teaser during the Northern Game Summit, which allowed for limited time to revise the art style. A semi-polygonized look seemed like it would fit the general feeling of the game and the assets for it would be fast to produce, so that’s what we went with initially. 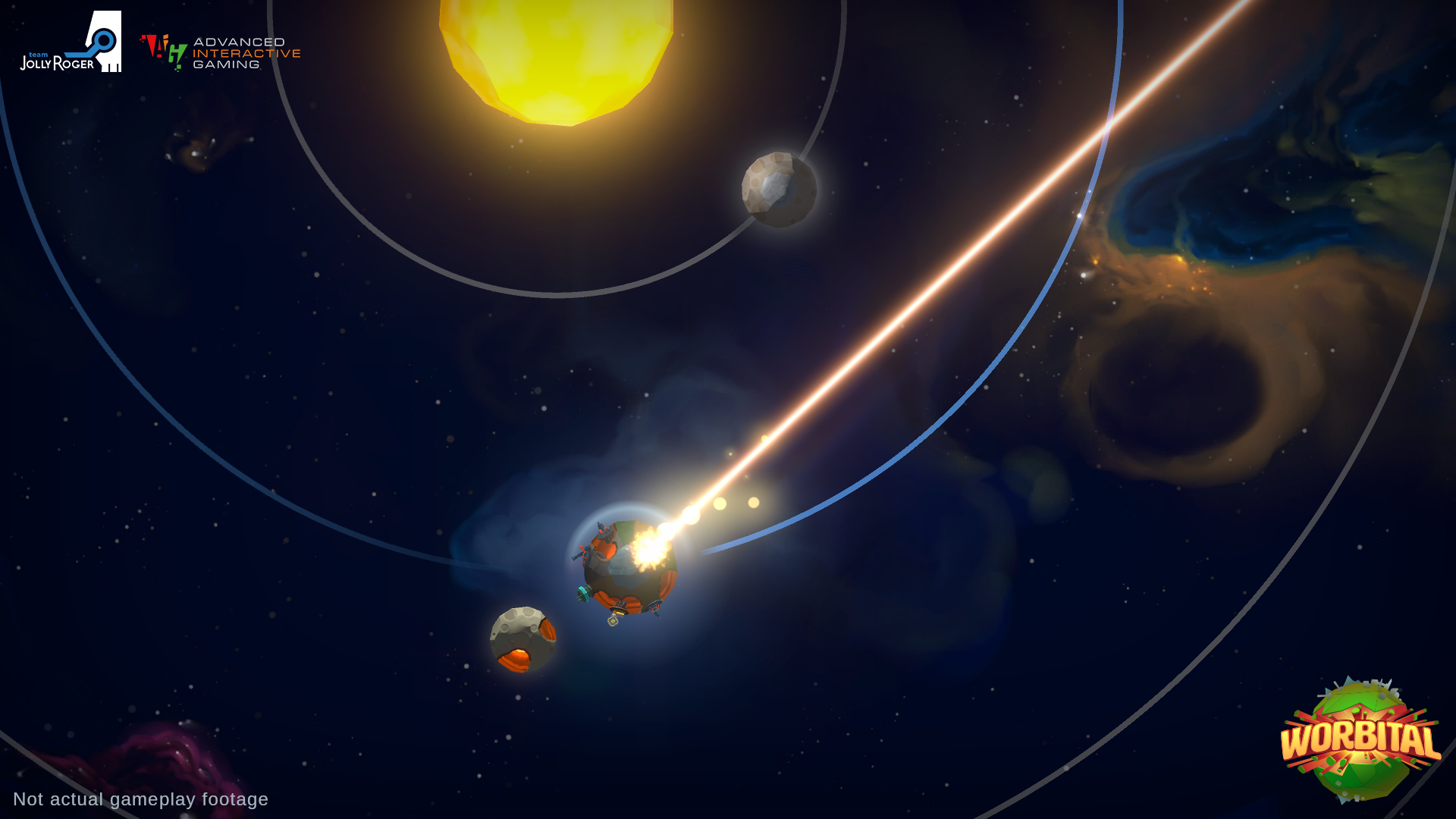 Once the announcement rush was over, we had some time to think ahead. Polygons were tricky: they looked good on close-ups and big objects, but when zoomed-out they were messy or just disappeared completely. After some consulting within the team and with our peers, we decided to ditch polygons to achieve a more unified style.

An important thing about Worbital’s initial style and also something people have noticed a lot is its colorfulness. The new style attempts it in a different way, shifting the color from the planets and the backgrounds to projectiles and explosions. Ba-BOOM! 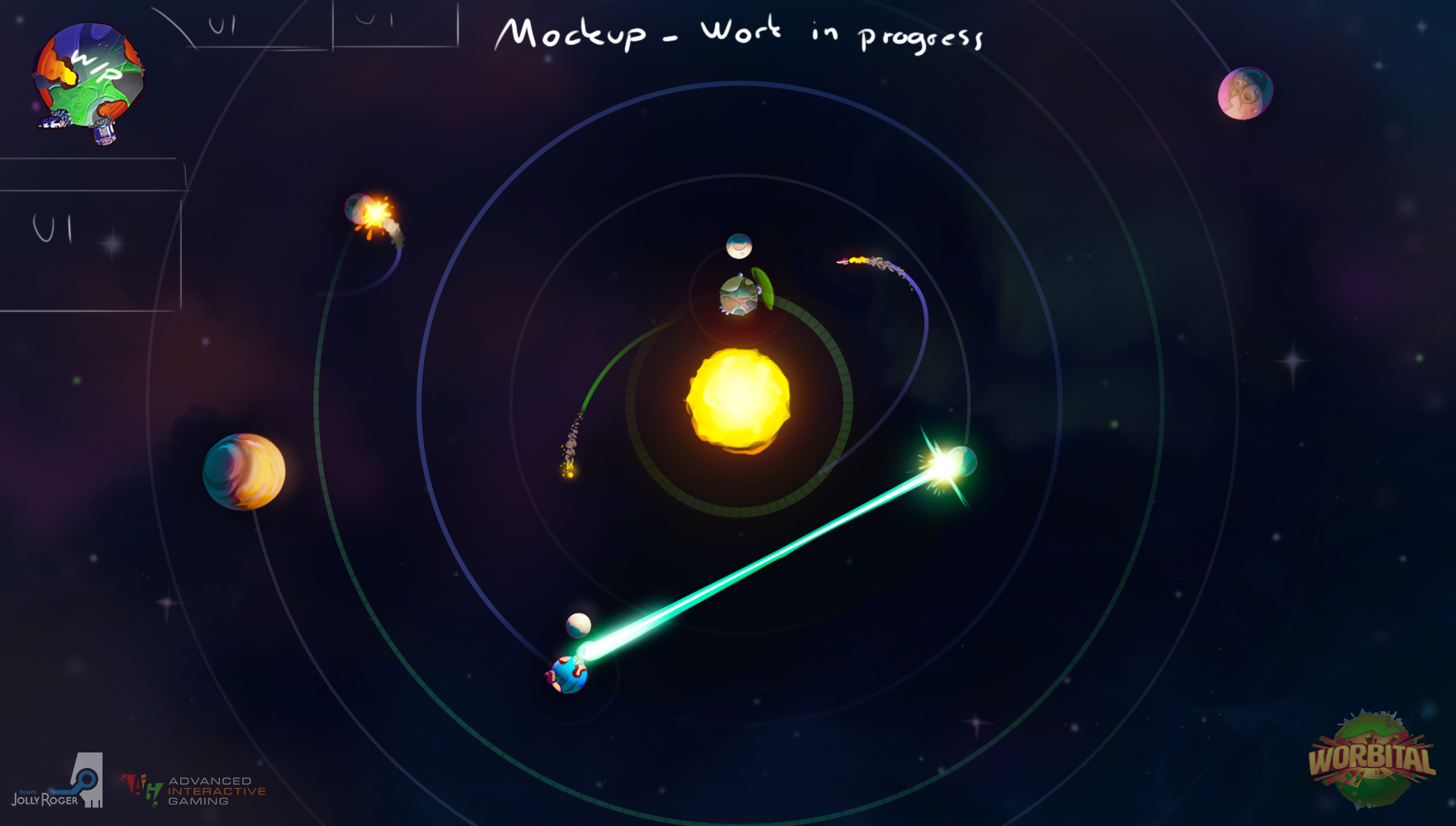 Above is a screenshot showing off the current progress. What do you think?

So, that’s what’s up. A more extensive article about the art style development is coming later, so stay tuned. You can read our first feature telling about the origins of Worbital in our blog.