As usual, this is a re-post of our Official APB Development Blog posted on our forums each week. You can read the original post by clicking here

Hey everybody, just a couple quick tidbits before we get started. As posted in forum news, a couple subforums got merged and the IRC rules and connection instructions were updated. Might be worth glancing at if you're in IRC a lot (which you should be :) ). Also, No More Heroes is an amazing game for the Wii; and for $20 it's well worth it (I just beat it). Plus, to make mapping easier, Gamma's preset list has been entirely cleaned as we said before, but it also has some new sections to allow you to place various trees, plants, blockers, and props in LevelEdit-- all of which follow a nice naming convention, wherein plants have plant_ in front of their model name and props have prop_ as their prefix. Nifty!

Remember to vote! Get your friends to vote! Get random people who seem to be interested in our project to vote! Remind people you play with to vote! Our ModDb profiles are located here and here just as reminders. Currently, voting is open for as many candidates as you like, and presently each vote goes towards nomination for the top 100 mods. Once that pool is established, the final vote for the winners begins.

Okay, in the interest of having more cover (something talked about back in November), we've got a bunch of new barricades finished up (props to the prop department: Fabian who models and textures, Beerinator who did the wall texture, and TruYuri who rigs all these up). For infantry, they're got a Jersey Barrier to hide behind for some ample cover and protection from being run over by tanks. Right now they're indestructible but that might be something that changes, to bring them in line with the hedgehog barriers that are intended to be destroyed if the team feels it's in their interest. 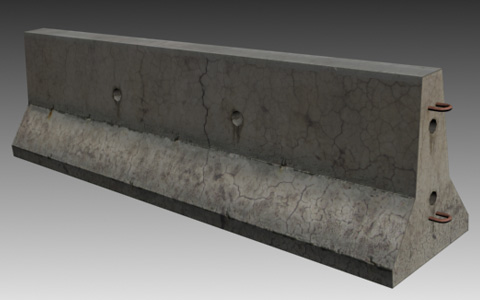 We mentioned before, base walls (remodeled by TagDaze) were getting a boost both in size and strength. Hopefully they'll be less of a minor inconvenience and be an actual help. At least two V2 rockets will be needed to take them out. We tried to make them more like the originals this time around. Just note, there will be a snow version later, but here they are: 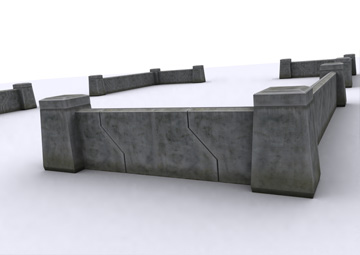 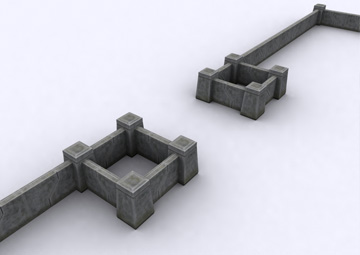 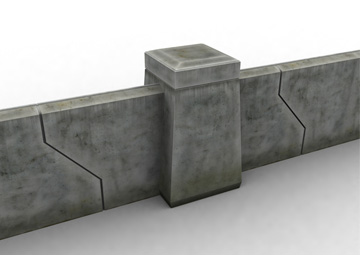 We're aware the the existing HUD isn't too pretty and you know we're changing it. PA found a way to work the power meter of the original RA1 sidebar design into the HUD overlay as the health bars, and I think it fits perfectly; it's stylish and unobtrusive. There's still some changes to be made however. The money/time icons are being resized and the in-game text will be smaller (for both those displays, and the chat up top). Speaking of the chat, a new font will be used, smaller and a little easier to see, and it should take up less room to display all the messages. The white borders for the chat area are also going away. New weapon icons are also coming, more in line with the kill icons. Just one note though, the radar is going to be bound to your vehicle hull instead of the camera, which might be a little disorienting at first. Anyways, have a look... 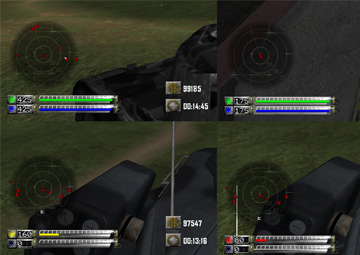 See you next week and don't forget to nominate us in the moddb.com Mod of the Year Awards 2008.

epic blog as usual, the power bar HUD is really well done. Of course I hope that it will be further improved upon

BTW, any news on the release of gamma? :V

Not for awhile. Testers are getting a new internal test build this week sometime, but we've still got lots to do.

it is really nice to know your changing the HUD, i mean i didn't complain about it, but hey its really sweet, i love this game so much!