I'm happy to announce that I'm working on a new mod called The Apocalypse of Eden, a survival horror mod for Half-Life 2. The mod takes place in the same universe as Dissolution and Lunar Descent, but has its own story.

The Apocalypse of Eden takes place in the same universe as Dissolution and Lunar Descent, but has its own story and, as far as gameplay is concerned, is very different from my other mods.

The Apocalypse takes inspiration from games like Amnesia and System Shock 2, and focusses on an immersive world and survival horror. Instead of combat, players must solve inventory-system-based puzzles on board the starship XSS Ecclesiastes while avoiding deadly enemies.

Despite being quite different from my older mods, I think fans of Dissolution and LD will appreciate the level design of the new mod and its focus on story telling. Players will be able to dig into the backstory by collecting crew logs (audio and readable).

Here are some screenshots to whet your appetite. Note: all screenshots show work in progress content. 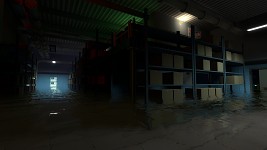 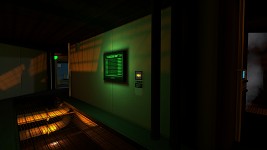 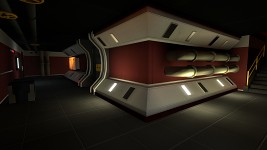 The mod is slightly over halfway through its development plan – you can follow its progress on ModDB. Our profile also contains more information on gameplay systems and backstory, so be sure to check it out.

Wow, and I thought Lunar Descent was going to be your last HL2 project! Can't wait to see more!

Yes! Good to see you're alive and well and are giving us another masterpiece!

Thanks for the kind comments, everybody. I'm looking forward to sharing more of the mod soon.