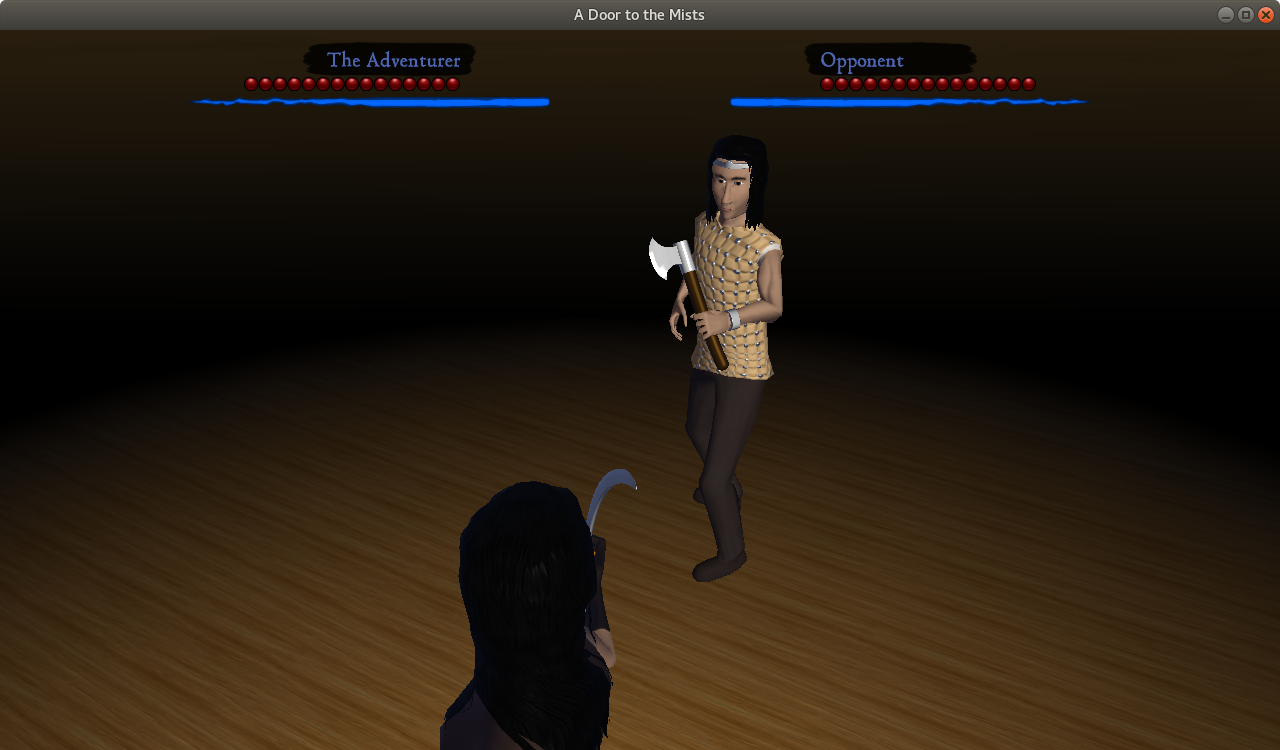 The work of the week just past was a mixture of enemy-work, bug-fixing, and miscellaneous tweaks:

To start with, the enemy shown above. As you may gather, work continued on this character in the week just past; in all of animation, level-logic, implementation as an enemy, and even a few model-tweaks. Now the character can be encountered in a simple prototype of their level, in which they "notice" the player and charge at them--eliciting a vain and cut-short reaction from out protagonist. On reaching the player, combat starts. 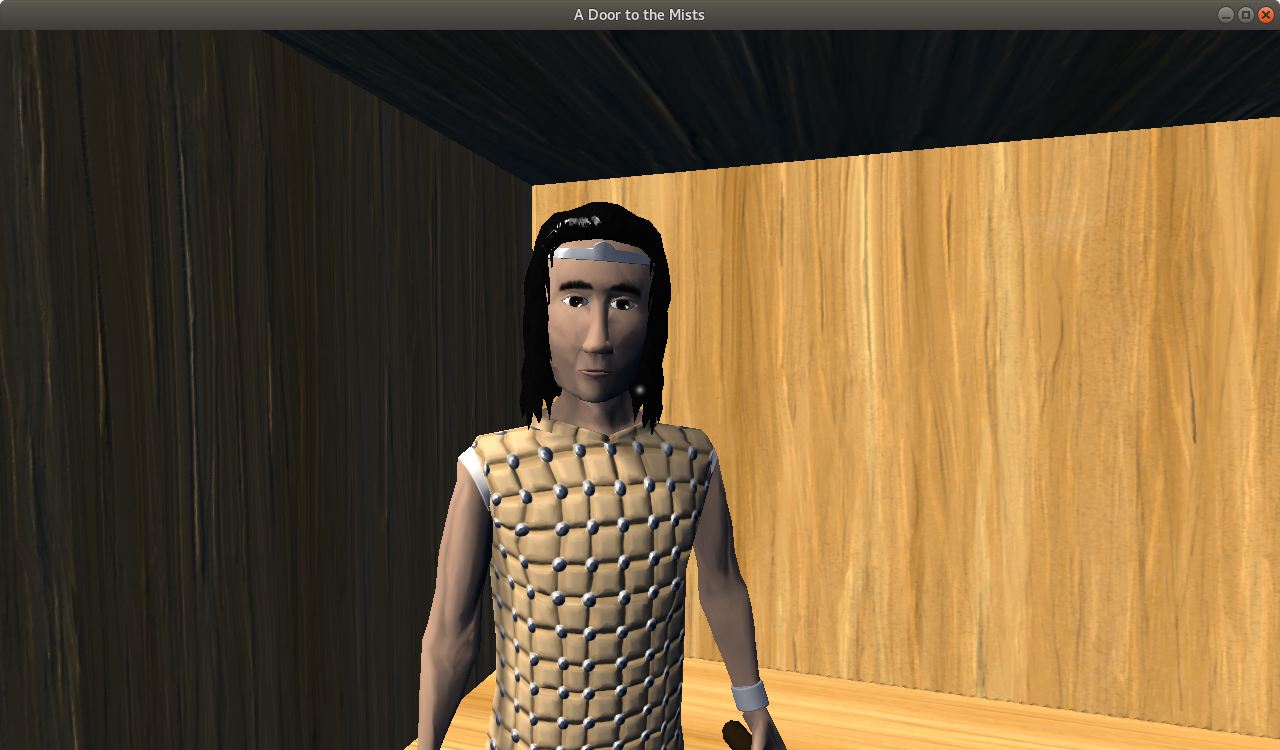 As a combatant, they're perhaps notable in that--as things are currently planned--they're the first opponent after the prologue-enemy that has all of the player's capabilities: all of the three basic attacks and defences.

But they also have their own tricks--in particular a pair of feints, intended to prompt an ineffective parry from the player and leave them open to the real attack that follows.

Speaking of combat, I fixed a bug that has been present for a little while, but that I only recently looked into properly:

You know how some video games omit the use of delta-time in certain calculations, and thus end up with elements that go faster the higher the frame-rate?

Well, it turns out that I had accidentally implemented more or less the opposite: a certain animation in the combat mechanic played faster the lower the frame-rate!

Specifically, I was including delta-time in a calculation that was used--amongst other things--to determine the speed at which said animation played. Since a lower frame-rate has a higher delta-time, lower frame-rates were resulting in higher animation speeds! ^^;

This is, I do believe, fixed now!

Continuing with the fixing of oversights:

It was pointed out to me recently that the word-roots in the translation minigame, lacking serifs, could be a little ambiguous--things like "Ul" resembling "UI".

That in itself was easy to fix--I just set all of the text to be upper-case.

However, it led to my discovering that I'd apparently omitted fonts from the word-root buttons--root and translation alike! They were presumably rendering with default system fonts. Oops. ^^;

Again, this should be fixed now! 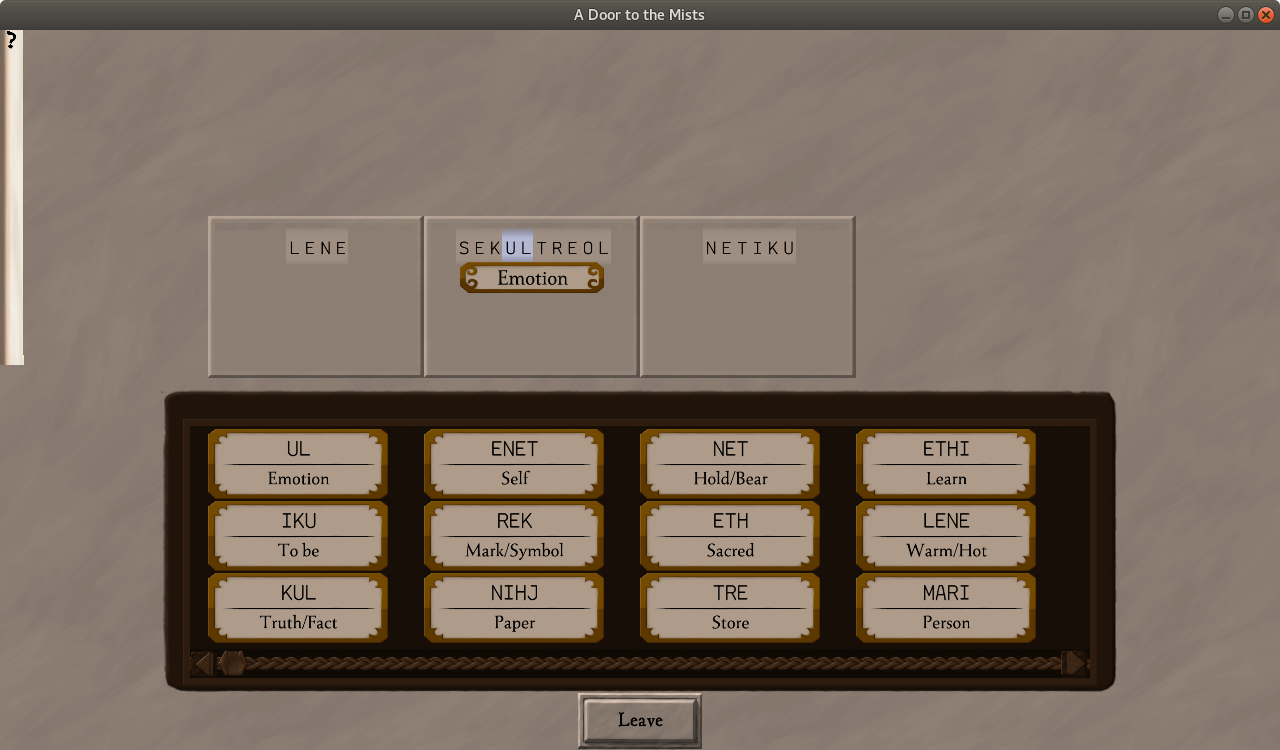 And otherwise, I made quite a few fixes, tweaks, and changes that don't seem worth detailing here: I enabled looking around while climbing; I fixed a single door that appeared closed on reload, even when really open; I got carriables to correctly restore their positions on reload; and more besides!