The way it all started for me, and how it led to Call of Osiris.

A level designer's story: My origins

It all began way back in elementary school. Right in the middle of the year, we got a new classmate. The teacher decided that he would sit next to me and I was to help him adjust to a new environment since his family had just moved across the country. At first, I was like “What?!”, but the guy turned out more than fine. We became fast friends and soon I was invited over to his house to check out some of his gadgets. Among them, there was a Commodore 64! He put a cassette into the tape deck and after a few minutes, pixels appeared on the TV-screen. 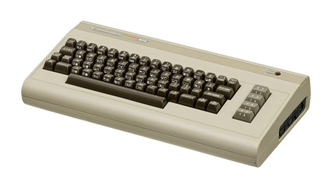 It was the legendary Aztec Challenge, an arcade game where you ran towards a pyramid dodging spears and arrows. Inside the temple, animals attacked and snakes fell from the ceiling. I was bad at this, so I let my new friend play while I watched, but he wasn’t much better. It was a tough game and I’m not sure we ever finished it. But I can see now that Aztec Challenge and other games, like Dizzy Adventures and Ghosts 'n Goblins, formatted my young mind in some ways...

Fast forward a few years. My sister needed a PC for her schoolwork, so we got one. There it was, a beige box and a huge monitor with a small screen. She actually used the computer for writing, but I also saw her playing Tetris. The original PC Tetris had a high score bug that caused it to add negative values to your score at a certain threshold, suddenly dropping you from first to last place. Many evenings passed playing Tetris, trying to get a record score before it turned negative. 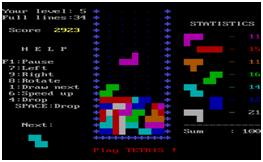 The next game of choice was Prince of Persia, and that was the real deal. What a brilliant %&####/&&% game that was!!! I think that was the first game I was obsessed with. I played it practically all the time. I knew every single pixel and routinely dodged the traps, but I was really bad at combat. Of course, there was no internet and no walkthroughs. I had to discover every trick on my own. It took me a long time to figure out how to get past the mirror, and even longer to discover the way past the shadow. Finally, there was Jaffar - who always killed me!

At this point, my sister and I teamed up. I did the platforming and exploration, she fought the enemies. By the time we reached the great wizard Jaffar, the whole family was gathered around the screen. My sis knew when to strike, and soon Jaffar was defeated. Then she told me to take over, as she was afraid to make the final jump. So I did… and promptly fell into the abyss! She got so mad that she actually slapped me in the face! When we calmed down, we tried again, and this time we finished the game. The whole family watched as the prince finally saved the princess. 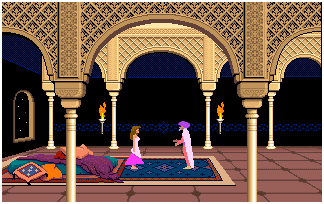 In high school, there was Wolfenstein 3D and Sam & Max, but it was Alone in the Dark that became my second obsession. A friend told me about this creepy new game where you move the character in 3D. I had to experience it. Even the title was scary! 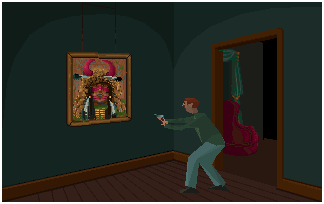 But it was Tomb Raider that really ignited me. One day, a classmate told me about this videogame character whose movements were extremely fluid. The way she jumped around and climbed was supposed to be really lifelike. I bought a new computer just to experience this game and its sequel. But I didn’t just play it… 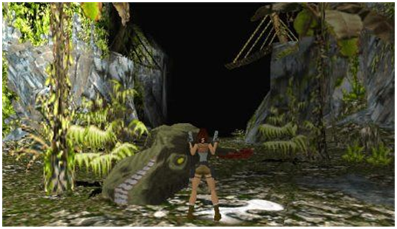 I haven’t the slightest idea where I found the time to play so many games, go to school, work, and have a life. But after a while, playing games wasn't enough. I wanted to make some of my own. And I did, quite a few actually. My main style became very similar to Tomb Raider, which is no wonder since I started with the Tomb Raider level editor. My vision was ambitious, but the results were lacking. However, I improved and the fourth level I made became a hit in the modding community. 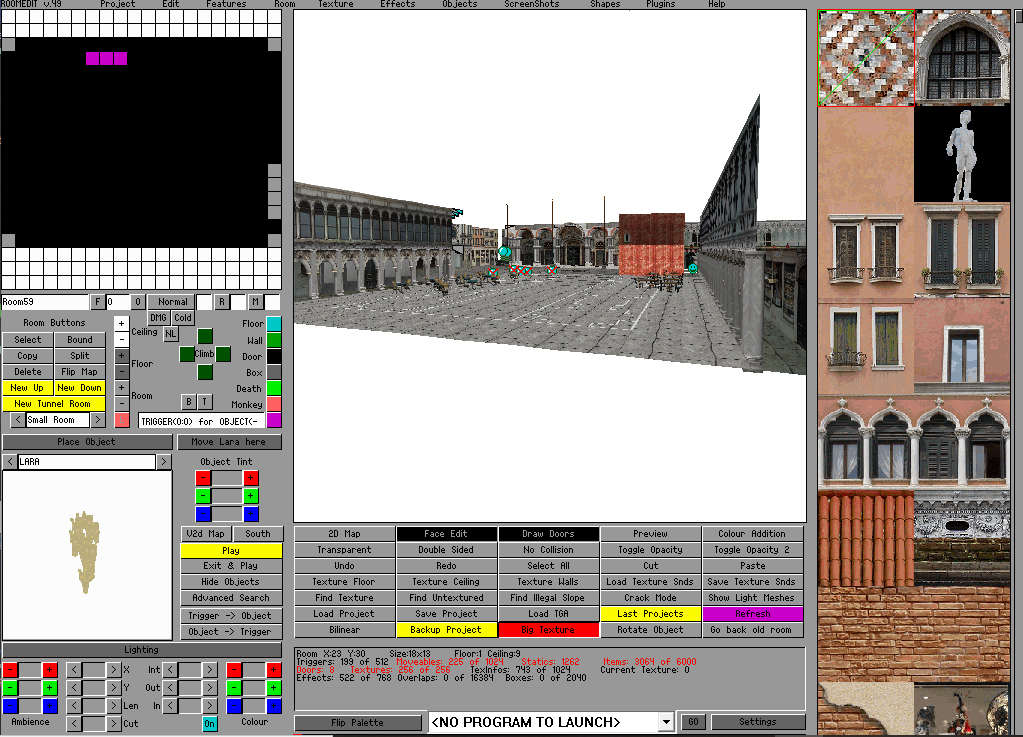 The next step was to break into the videogame industry. I really wanted to make an action adventure type game. Of course, you can't just pick a genre and reap the rewards. You have to work with what you’re given and do the work that needs to be done. At the time, I joined Slovenian studio Zootfly where they were making the official Prison Break game. There were things I didn't quite understand and I often acted like a complete newbie. I had to evolve, which became my next task. 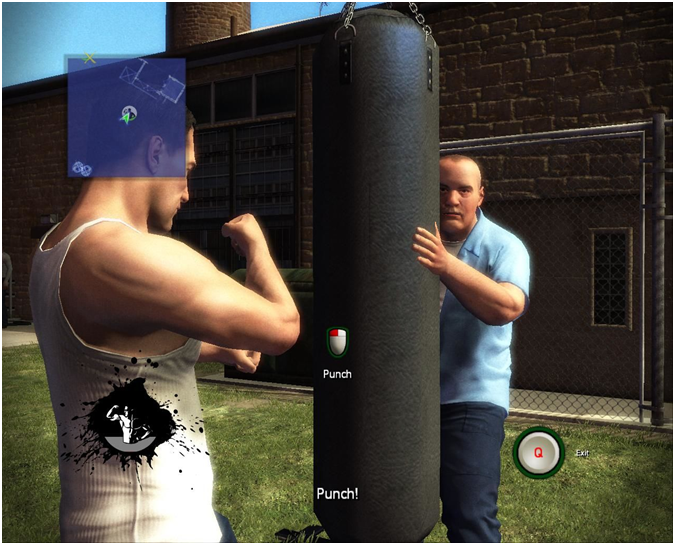 A lot happened since then, I made more levels for fun and waited for the next big adventure, which came three years ago. I heard that a team was forming around an action adventure based on real locations in… whoa, Egypt? That’s one of my favorite locations, and I’ve been there in real life before. I was immediately hyped. So what needed to be done? Learn a new editor? Seemed like a no-brainer. I read the game’s story and found it interesting. The levels were already laid out and the blockouts soon followed. Everything went smoothly and quickly. 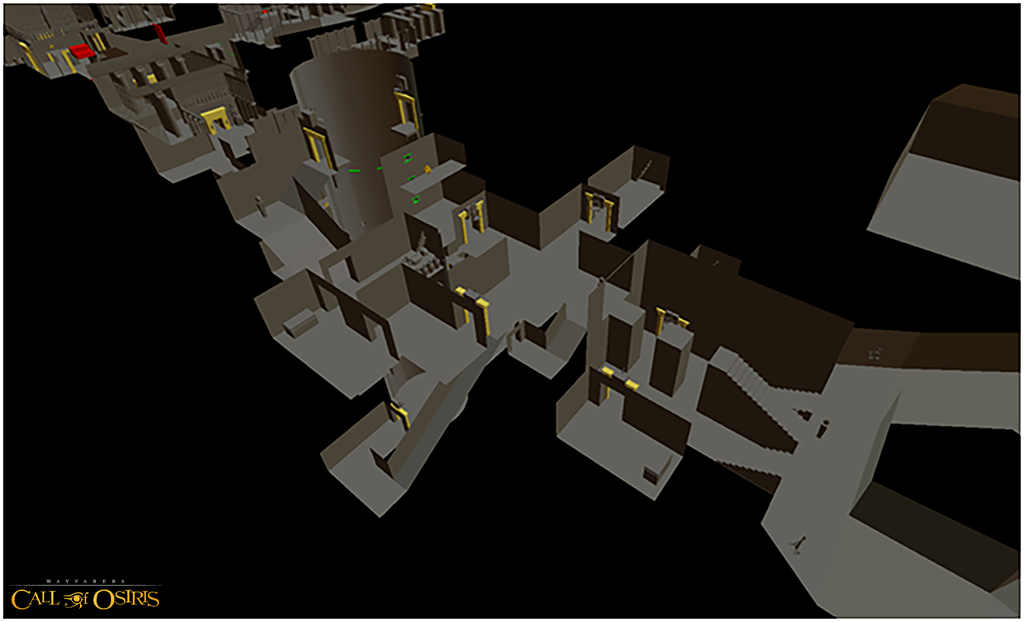 We went through the blockouts several times, changing what wasn’t working, removing the boring stuff, adding excitement. We added platforming, combat arenas, puzzles, items, and secrets. Indeed, the secrets and secret areas where you can go wild and do things you'd rather avoid on the main path - these were my favorites. Then we took care of the objects, textures, lights and colors. 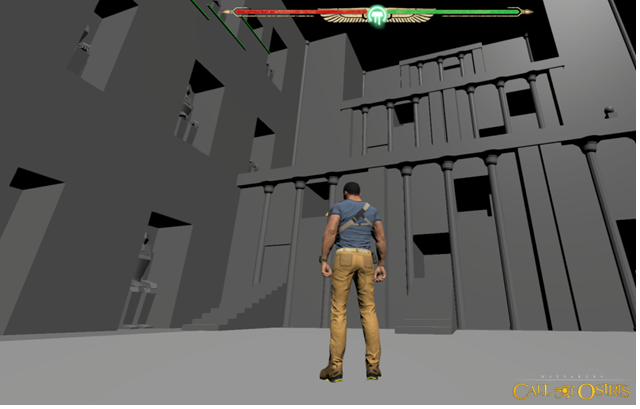 Slowly, the grey blocks started to look like something you could call a game. We got the first cutscene, the first level jump, the first playable level with all the features.... Every step we took created another level of expectation. Now we’re almost at the end. A lot has been done, but there are still many details that need to be ironed out. Every day we are working towards the end, which is fast approaching. 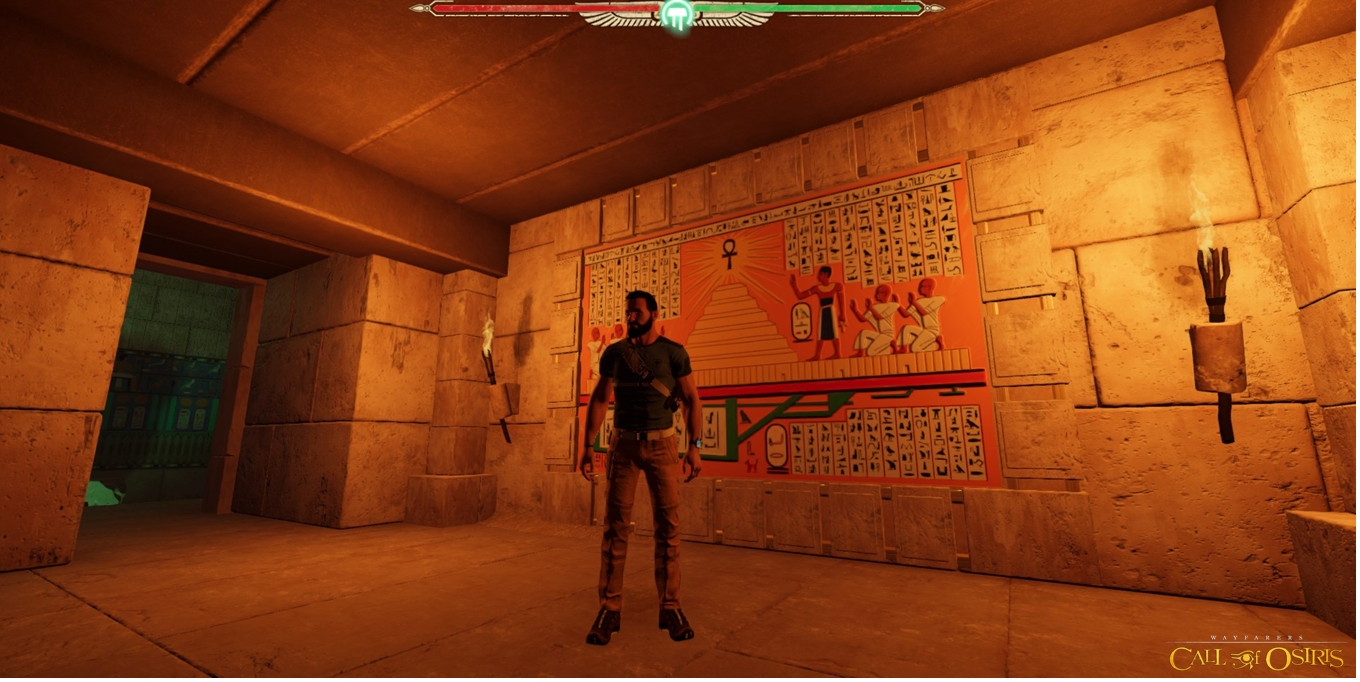 The decision was made that it was time to show the world what we’ve been doing for the past three years. A whole new story, a married couple with everyday problems, bad and good days, happy and sad thoughts. A couple made of pixels and numerous lines of code, sure, but with a story that could very well be possible in real life, barring a fantastic twist. It’s time for everyone to experience the story of this couple’s incredible journey to Egypt. You too can become a part of this adventure and help put the finishing touches on it!