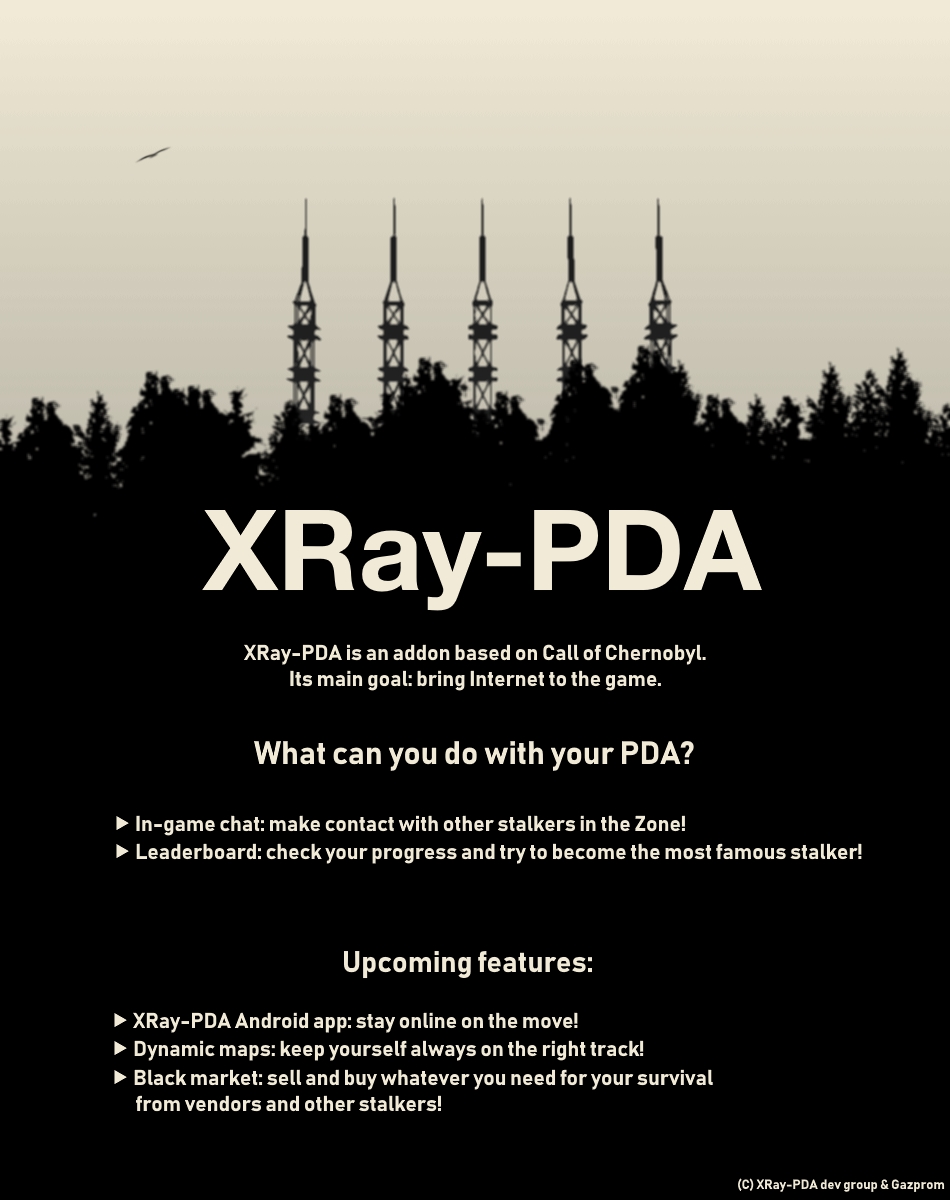 It's a bit late than I expected, but here we are with this article piece regarding how things have been, how they will be and what should you expect from the development of the mod!

Development has been going on slowly this year, as I was on my last year of high school and I had to take an examination this June and July (in which I brought the XRay-PDA project as part of my thesis, someday I might just release something as it clearly explains the mod and its features to a newly signed user), and the real mastermind behind the code, codeonion, was and still is seriously committed in his work and in his family.

Our immediate goal is still the release of an Android app, hoping that this will ramp up our player base and the liveliness of the chat.

The app is in a primitive stage, but it can dialogue with the server:

As you can see from the emulator, every time the "sign in" button is pressed, the server receives the input and sends a line, with a random number attached at the end: it's online!

As we proceed further, we will expand and optimize the code both client and server side.

To further personalize your personal gaming experience, we are going to make some features completely optional and tweakable directly in-game through our console.

A feature already implemented and tested as example: when an emission is about to strike, the electromagnetic field won't allow a proper connection of the PDA to the server.

This is what you'll see (drag-drop on a new tab to watch it bigger):

A sister function of the RNG, the Random String Generator, will create a hash string based on how many characters you used in your original message. It's up to your liking if you will be the only one to see this error message, everybody or even no one.

As I am the one who will create all the graphics for the app, I wanted it to be more consistent and repeatable in-game, so one can link the app to the console on a look.

I chose it to be a mix: the minimalist look of the '70s and '80s bonded with the S.T.A.L.K.E.R. unique old-new constant atmosphere. 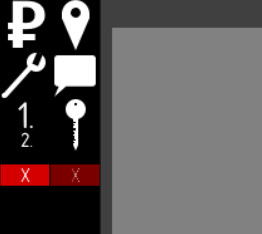 This is just a fragment of the whole UI texture file. One day it might be on your gamedata folder too!

We're going to make further news as we have more and more material to show and tease you.

Keep supporting us as you've amazingly done through this first year of XRay-PDA: we're not tired yet of pushing this forward!

XRay-PDA 0.7.11 OPTIONAL patch for playing with S.T.A.L.K.E.R. Anomaly 1.3.2. This zip contains the patch as well as a reading recommended README file.

XRay-PDA 0.7.11 OPTIONAL patch for playing with Dead Air 0.98b. This zip contains the patch as well as a reading recommended README file.

XRay-PDA 0.7.11 OPTIONAL patch for playing with Call of Misery. This zip contains the patch as well as a reading recommended README file.

Full packaging of XRay-PDA version 0.7.11. This zip contains a preview of the mod as well as a reading recommended README file.

Full packaging of XRay-PDA version 0.7.7. This zip contains a preview of the mod as well as a reading recommended README file.

Full packaging of XRay-PDA version 0.6.1. This zip contains the mod as well as a reading recommended README file.

i wanted to see if this mod was still working on Anomaly 1.5.1 but it seems it is as dead as CoC

Hi, i love the concept, good job.
is it still under development ?

It is live since it was created :) But not actively being updated at the moment. Life :)

Is there a github repo where people can contribute or fork from you?

Would this work on vanilla COP?

There any way to get this working with Anomaly 1.5?

Is anyone using this mod?

Any updates on this?

Any news from you guys?

Do you want us to test anything at all?

I have an issue with XRay-PDA in Dead Air.
I installed Xray-PDA with instructions, created account and logged in. It worked, and I even received a greeting from other fellow stalker. But after i wrote message to him, XRay-PDA just crashed(game was ok). And kept crashing every time after I logging when in game(new game, or old save, it didn't matter). I though that maybe addons I'm using causes it to crash, and that's why i deleted everything and installed fresh Dead Air without any addons, just english tranlation and XRay-PDA. I successfully logged in, and received greetings from other player. But once again i wrote him back, XRay-PDA crashed(game was fine), even restarting everything did nothing, and PDA was crashing after every log in.
I'm using newest Dead Air version, with XRay-PDA for Dead Air. Please help me, as really want to use it, but it just keeps crashing.

Sorry for my English.

Hi,
launch both the game and the .exe as administrator. The .exe requires I/O rights to work, and if doesn't, it crashes.
Let me know if this does it!

Administration rights do not help me

Try to delete and reinstall XRay-PDA entirely. Also, make sure there are no addons installed.

I've done it before and it didn't help much. I was able to use it for about 10 mins and it crashed, but after that it crashes every time after login in.

It's a bit extreme, but try to move the entire DA directory with the mod to the desktop and run it from there as admin. Sometimes certain parts of the drive are restricted, and entire folders need rights in order to work correctly.