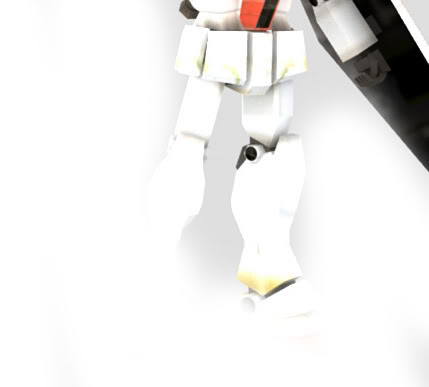 A Mod For Universe At War

Storyline:
UC 0069, The death of Zeon Zun Daikum ripples through the Republic of Zeon. Friend and adviser to the late Zeon, Daegwin Zabi quickly steps in and takes control of the Republic and renames it the Principality of Zeon and begins to Militarize the colonies within the Principality's reach.

UC 0079 The Principality's new mobile weapon, the MS-05 Zaku destroyed the Federation force stationed around the Orbiting Colony of Side 2. During the battle Zeon forces enter the colony and alters its trajectory, aiming it at the Earth Federations headquarter of Jaburo. As the colony enters the atmosphere weather patterns around the Earth are changed , but as the colony lands in South America a explosion equivalent to over 1000 Megatons left Brazil and the surrounding areas nothing more than a massive crater.

The shaken and scattered Earth Federation forces regroup and begin a large scale offensive on Zeon outposts. Over the course if the coming months battles escalated from small space bound engagements to full scale war thought the whole of the earth sphere. Although in numerous engagement unknown mobile suits and ships appeared and engaged both sides numerous times, even on the earth itself.

The Change of events from the colony drop creates a reality were both zeon and the federation are fighting on a 3 front war this new army equipped with technology not seen before that has been waiting for the right time to strike.

The Previously Called Syndicate will be renamed it is undecided so far.

Me And Vito have been talking over the last month or so i was experimenting stress testing with one of the only gm models and during these 4-5 days of testing universe at war crashed on me over 15 times
it is still undecided on what are we are going to do change engines perhaps maybe even quit the project completely however later this month i will be away. after i get back i am going to talk with vito and see whats going to happen and the state of the mod.

I would really love to continue to work on it but real life and lack of help have held us down for the longest time to get anywhere without me having to spend countless hours learning more about 3dsmax and animation i just dont have the time to do that. same with coding even though its xml we also would have needed someone who knows a bit of lua. The models may be almost complete but without a way to get them animated and ingame its useless.

But Still im glad vito has stuck with it i hope we can come through this and continue work maybe all we need is to put the mod on hiatus until we have the energy to continue work.

We Now Have Hosting

Models, members, names oh my!!! I've finally posted the Dom. We have somebody here to help us. We are still considering a name change, and still looking...

sweet! there aren't really any good Universal Century mods out there (Gundam RTS for spring comes close) so i'm looking forward to this one. i hope you'll make it epic man and get the feel of the UC universe. hey! have you watched the 08th MS Team? i do hope you take notes from that one, the setting is quite perfect for an rts game. tracking this one now.

Thanks we will try hard to provide the gundam basis with a gundam mod that people will have fun playing.

This summer we will be doing stress tests with the current models to see how many on screen we can get without it slowing down.

It;s looking better and better with every update

I lke it want to try but don't have game O_O

I like it. Hope it work out.
I like the xeno furce(I know but that is what the download I got has it spelled)mod. Mirabel stand aside.

You keep on pumping out those models, and I will keep writing the story.

:O IF you make this as enjoyable as the Xenoforce Mod on C&C Generals then this shall be AWESOME!

Just please do me a favour and don't add in any crappy anime music, that was damn right annoying.

However keep the great work up! I hope ye add in LOADS of units to use.

right now were trying to balance the sides and make each unit able to counter another, thank you for the post it is nice to see were actually getting some attention.

Sounds great! Carry on the great work! Macross are the best :)

Hey there are 3 factions to this game right? Why not make the weird alien guys, you know the ones who end up good or evil and switch back into the like Macross Division, of course Zeon would the the Giant walkers, and the others of course Un. it would be the awesomness, of course i highly doubt you'll even consider macross, even though this game has the potential for som Valkeyries and Yf-19 to YF-21... just sayin