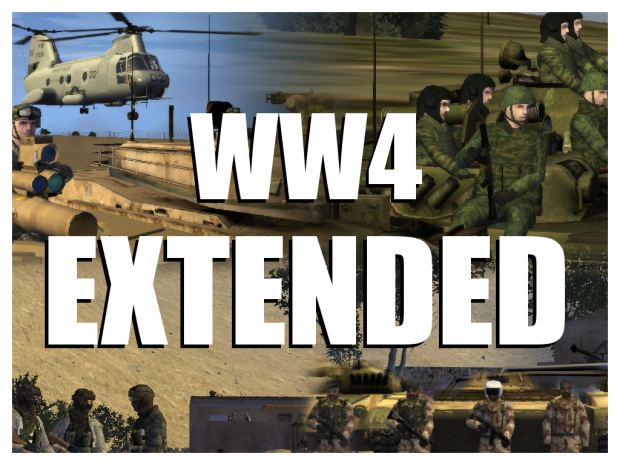 Version 1.1 of WW4 Extended, the expansion to the WW4 mod, has just been released.

This update includes several additions and tweaks, regarding models, gameplay and other features.

There's now a desert version of the VDV infantry and a multicam version of the russian counter terrorism units. Russian infantry units in general have also been updated to keep a more coherent and realistic look, also adding some missing unit classes (such as off-duty soldiers) that weren't available due to the fact that they were previously using vanilla WW4 models. 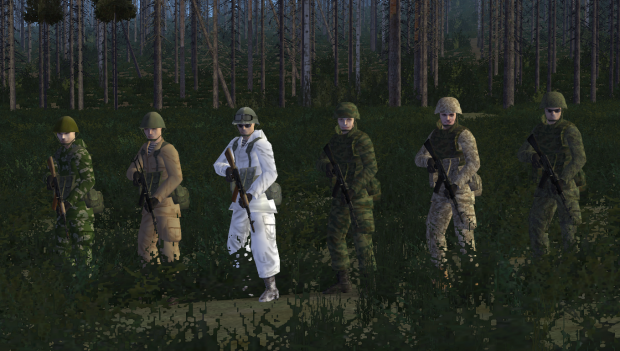 Arctic units now have at their disposal new vehicles, such as arctic versions of BRDM-2, BTR-80 and HMMWV TOW, and the M2 machinegun is now available to all sides.

There's also a few new objects available. Some are ports from vanilla OFP ones and others are thematic variants (desert, arctic) of some of the already existing objects.

A few optional logics to enable some new features have been created for this version. Namely, the ability to change the ammo of all the infantry units of a given side from normal magazines to HD ones, and the abilty to enable dust cloudlets for infantry steps, weapons firing and bullets impacting, and so on.

Every single infantry unit has been painstakingly revised to both streamline them further and revise both faces and section count. To the extent that most of them are now even more performance friendly than the vanilla WW4 counterparts. 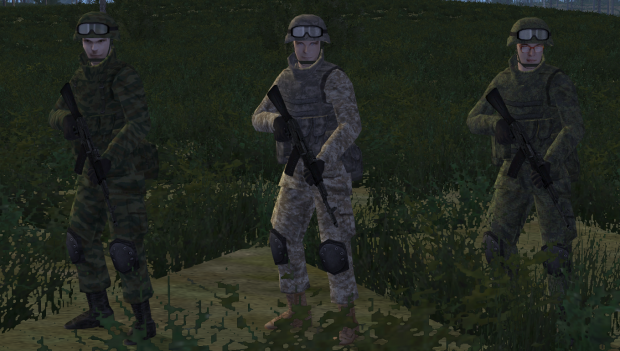 Body armor and rifle ammo values have been revised to perform more coherently. Among other things, helmets now aren't the invincible shields that were before.

All the recoils for infantry weaponry have been revised to either make it more noticeable or decrease it where they were too much incontrolable (this affected mainly to 7.62 magazine based weapons). New recoils with much increased effect have been created for the high dispersion (HD) variants. Units using this type of magazines will now behave like inexperienced or weak shooters. Due to this, it is now advisable to swap mags to HD for insurgent-like factions (by using the previously mentioned HD logic). 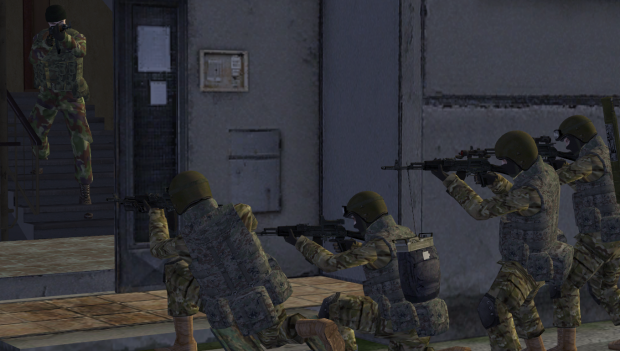 The existing previous missions have been revised and updated to use some of the new features and objects. Inconsistencies caused by the launch of version 1.0, causing some missions not to behave as they should, should be corrected now.

There's also a new multiplayer mission available (2 player coop), using the b7.1.1 update for the CCE2 engine by Drongo69. As always with CCE2 we're talking here about a dynamic mission regarding COIN operations, this time featuring USMC Recon vs Middle East insurgents in Desert Everon. Minor tweaks have been made to make it work properly with WW4 Extended. You can also play solo by launching a LAN server (so you can respawn after your inevitable death), or move the mission to the "missions" folder (and play it like any other singleplayer mission).

There's also a lot of fixes and tweaks here and there. If you're curious about what has exactly changed take a look at the changelog below.

Frequently Asqued Questions about WW4 Extended. If you have any problems with this mod make sure you read this first. Questions regarding issues already...

Installer of the complete version of WW4 Extended v1.1, the expansion for the OFP & CWA mod WW4. This installer contains the main expansion plus the Cold...

PDF manual for all the extra features available in WW4 Extended v1.1.1. This manual is already bundled in the installer, but it's also provided separately...

this is a really cool mod

When I start the mod my game drops to like 5 fps, is there any way to fix this!?

does anyone know how to use the SPAWNER feature in this mod? i assume it is used to somehow SPAWN units into the game most likely in use with the TRIGGER function, but for the life of me i just can't seem to figure it out, i can't find any docs about it, neither was i able to find any online tutorials, videos, NOTHING! please only respond if you ACTUALLY KNOW how to use this feature, not looking for a "did you try this?" or "did you try that?" type of answer, i wish the author of this great mod could have given us some type of tutorials instead of ASSUMING we could figure it out!

How can i adjust the game's AI to revert it back to the default OFP AI? :)

the ww4 installer comes up with only repair or uninstall even though this is my first time installing the mod.

Hi. I'm kinda late with this mod. I've installed this mod on my arma folder on steam. However, when i play the campaign or the original single missions, the weapon sounds, design, texture, etc. are still the same with the vanilla version. The only change i've seen is how the individual soldier stands (an improvement from the vanilla), the special WW4 single missions, but that is all it. And the radio chatter like "soldier, 100 meters, front" can't be heard anymore. Can you help me please?

download ww4 2.5 it has a config file that enables the radio.

Good mod, OFP was forgotten but this mod show us that the good old OFP is alive ;)