Taking gamers as close to war as they’ll ever want to get, Operation Flashpoint: Dragon Rising is the much anticipated return of the genre-defining military conflict simulator.

Players will experience the intensity, diversity and claustrophobia of a modern conflict from the unique perspectives of an infantry marine, a helicopter pilot, a Special Forces officer or a tank commander, each engaged against the full force of the Chinese PLA on a scale never previously experienced in a military action title.

KEY FEATURES:
Freedom of Play – Operation Flashpoint: Dragon Rising will give players the freedom to handle military crisis situations on their initiative. Unscripted missions will task players with real objectives, such as laying down covering fire, covering a friendly unit’s retreat or conducting short-range recon patrol. Once players have completed the campaign, a Mission Editor enables gamers to create their own single player and multiplayer missions.

Players will command and control a wide variety of multi-component, multi-weapon vehicles, including tanks, infantry fighting vehicles, APCs, attack and utility helicopters. The character damage system authentically depicts the terrible wounds and injury from modern weapons to communicate the reality of combat.

Platoon-Based Combat - As an epic campaign weaves the narrative, players will fight as infantry soldiers in battle, drive tanks in armored assaults, pilot helicopters in air strikes, and infiltrate the enemy in covert special operations utilizing a wide variety of realistic military weapons from knives and rifles to machine guns, grenade launchers and laser designators for air strikes.

Redefines the Size of Battle - Immense play areas of more than 135 square miles give players a multitude of tactical decisions on how to best accomplish missions. Densely packed with environment detail and objects, valleys, mountains, coastlines, towns, villages and industrial complexes all combine to deliver a rich and challenging tactical environment. The world is persistent, so that buildings destroyed in one campaign mission will be destroyed in the next 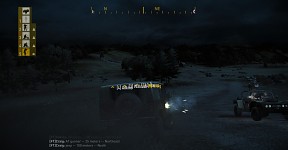 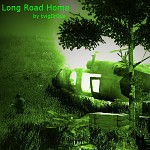 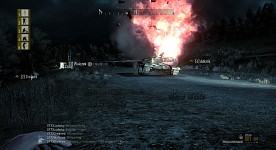 After several long months I've finally got a solid release together for This is War. The past couple of versions had been plagued by some annoying bugs...

The OFDR community has set up a new community forum featuring the look and feel of the original OFDR forums.

In recent days oANIMUSo has released an amazing video highlighting some of the progress the tireless community has been able to make by working with the...

After only 3 years Codemasters has pulled the plug on the multiplayer servers for Operation Flashpoint Dragon Rising.

Just some tweaks I've been messing with and a lot of start points Important installation instructions!!!! PLEASE READ !!!!

Single Player and Cooperative game-mode that pits you against an entire battalion of soldiers over 10 intense waves. HOLD THE FORT!

A Customised Reshade setup to really bring the game to life!

Upgrades EGO to get the most out of the engine. Better graphics better performance and more options

Is anyone still interested in working on new missions for this game, or is it truly dead?

TemplarGFX did the best as it can be (Island War). Dont expect more cuz dev's (Codemasters) are scumbags and dont care bout this gem anymore.

Hello!
I just bought this game on steam and saw that there were some patches available online.
Can someone please tell me a bit more about them?
Thanks!

Im still waiting for a mod that keeps the corpses from banishing so damn fast, it kills the inmersion.

Multiplayer working? i have the game but its says that i lost conetction.

Can you free roam?

Game is good, but it is not as good as OFP:CWC. Lacking ammount of weapons and vehicles, dumb AIand no save freature (only checkpoints). Difficulty levels are IMHO unblanced, for me normal is too easy and expirenced too hard, you can't mod diff level like in OPF:CWC. You are playing on an chineese-occupied ile called skira(220 km/2). But even though all things this game does wrong, it's worth playing if you are searching for a hard tactical shooter. (sorry for my english)