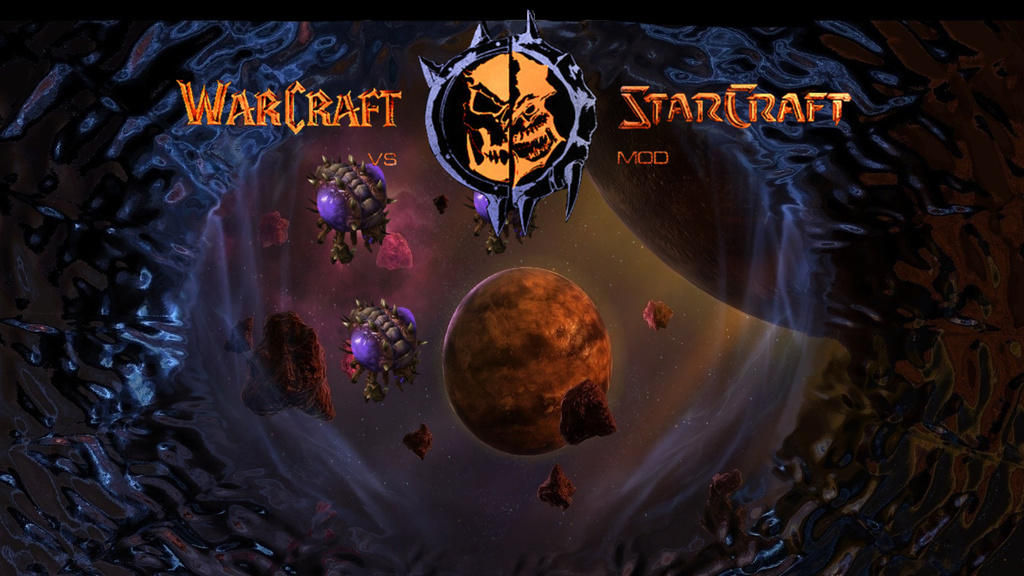 Warcraft vs Starcraft is a free modification to Blizzard Entertainment’s Warcraft III. In this game modification, we’ve paintsakingly integrated StarCraft's mechanics and art by hand so the world can see what happens when Blizzard's greatest RTS franchises duke it out!

We're all very proud of Warcraft vs Starcraft and hope you enjoy our hard work!

Current Features:
▪ Art polish we'd hope Blizzard would be proud of. ^.^
▪ Play as Zerg against Humans, Orcs, Night Elves, or Undead
▪ All of the StarCraft artwork made from scratch for Warcraft 3's engine
▪ No installations required

My name is Patrik, and ZanMgt has been grateful enough to allow community members like myself to continue where they left off and complete the mod!

I'm working on the first new update with some special changes:

- Trees and all decorations, etc should all be fixed!
- WC3 races are reduced in strength
- New building with units (Infestation pit + infestor + infested marines)
- Re-made melee map to fight on 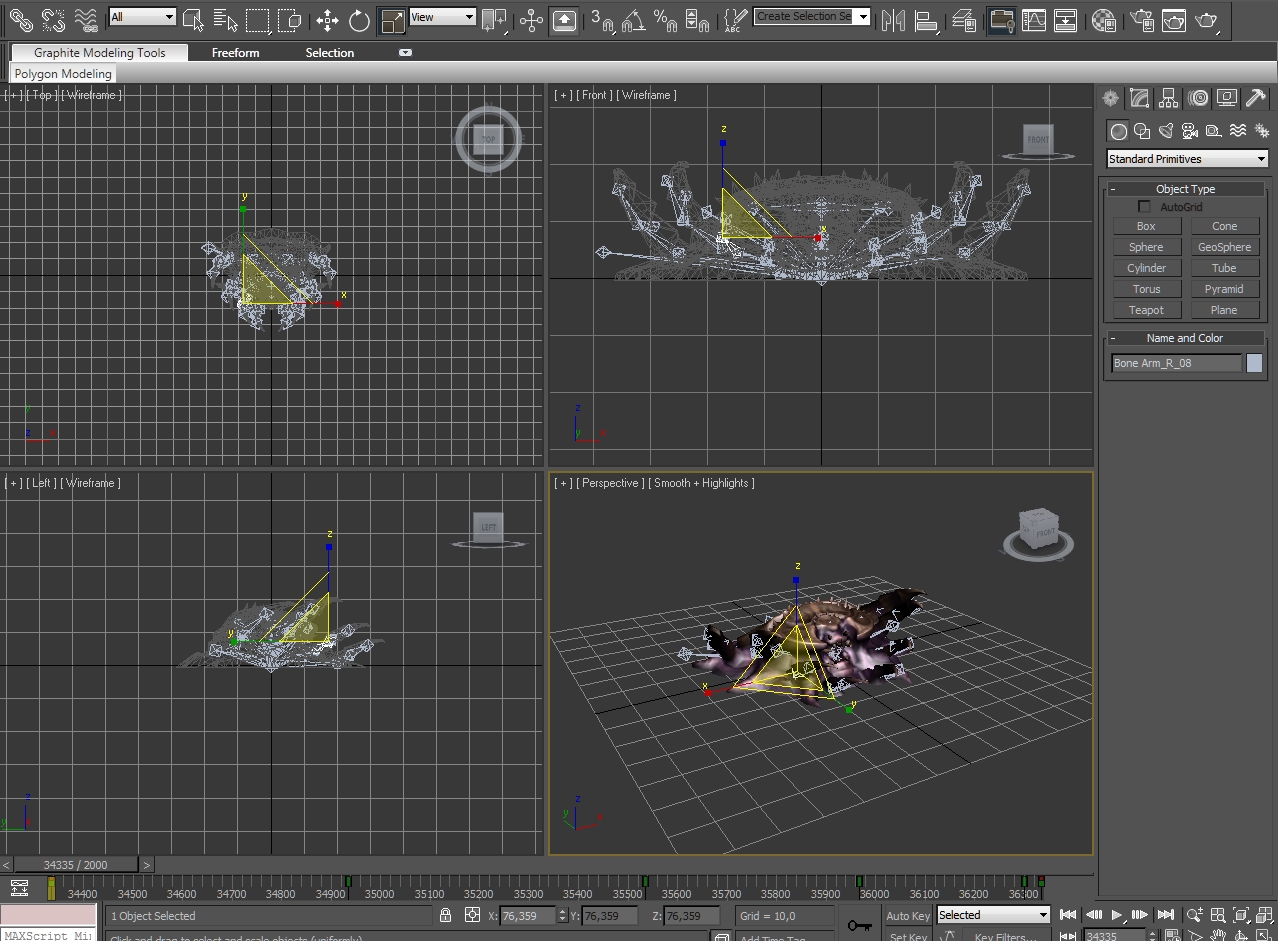 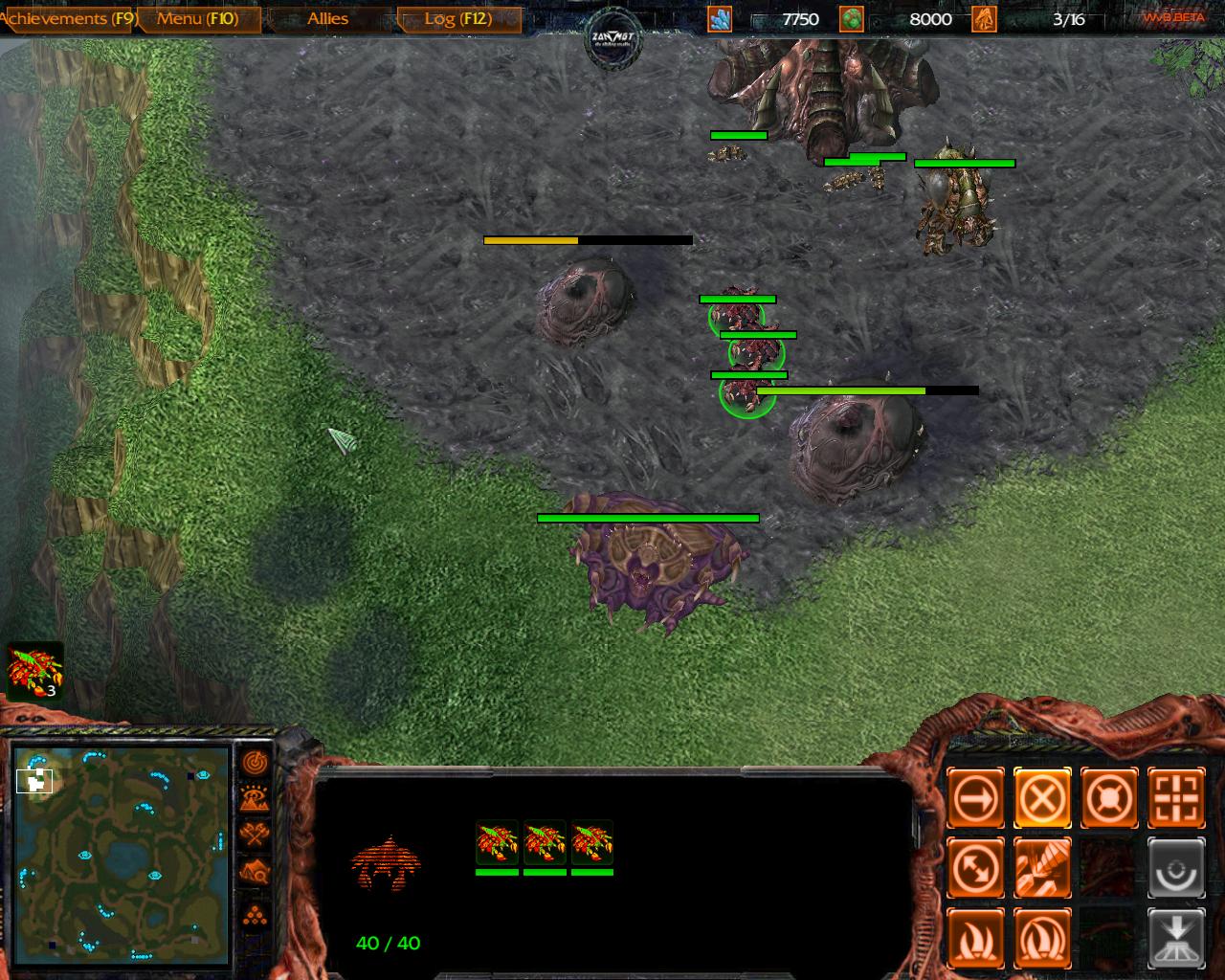 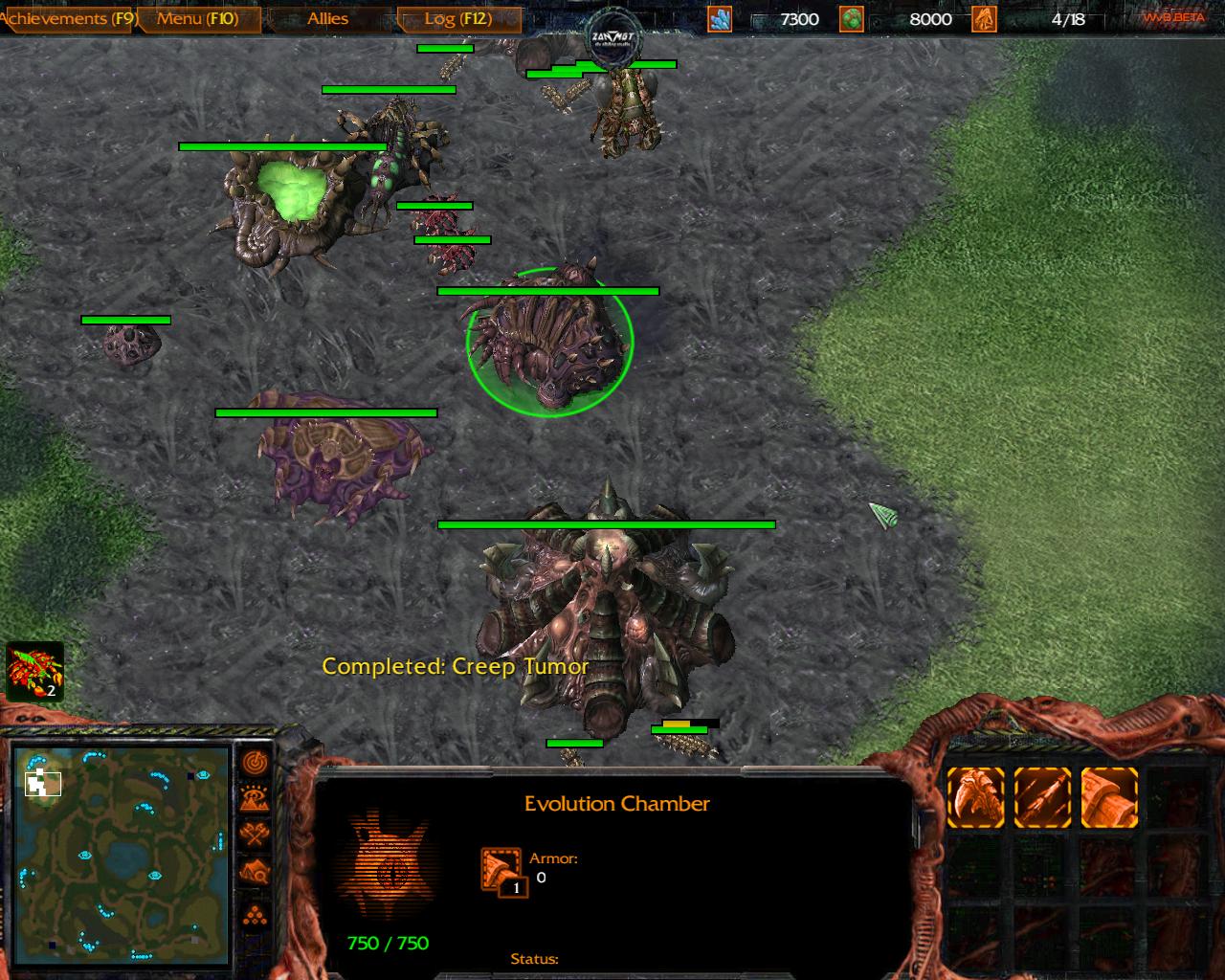 Patrik is working on some more models for the Zerg so some updates will take more time before they're ready for release.

In this news update, we show some in-game screenshots finally showing off the UI, as well as the concept for the WvS logo! We're also looking for volunteer...

Warcraft vs Starcraft has a release date!

Warcraft vs Starcraft now has a release date, as well as a new plan of action! In this update, the four installments for WvS are explained along with...

zB Master has been released, a frantic six-player Battle.net map based off of "Zergling Blood", featuring artwork from the Warcraft vs Starcraft mod.

Aside from bugs and artwork being clobbered, we're restructuring the campaign and preparing a new plan of action for it.

The Beta for the Warcraft vs Starcraft mod! Fight against the AI for the four Warcraft races as SC2's Zerg!

zB Master has been released, a frantic six-player Battle.net map based off of "Zergling Blood", featuring artwork from the Warcraft vs Starcraft mod.

WHT because it tells me system error and then the draiver fails and lugueo turning off WHT team !!!! XD,god the mod is with a damn virus:/

Will this Mod have Protoss and Terran in the future?

Just stumbled by accident over this mod via a YouTube gameplay video of it. As a fan of both franchises, it's terrific to see them brought together like this and a lot of fun to play. Great work by the Zanmgt team!

Can someone tell me where the download button is

go to files select warcraft vs starcraft beta 0.9.0, there you find the download button.

Is this mod still on going or is it dead? PLEASE reply if it is, and I would like to have the next release if available. Ultralisk to! XD

Well anyway if it is still going on, then thank you for working hard and yes, I want the release. XD

And please STRENGTHEN the spore crawlers, they're so weak against the air units of warcraft, hardly making a damage.

Nice that there is an Infestation Pit. Hope that you will add the Ultralisk Caverns too!
But, I'll have to agree with the predecessing posters: The Zerg are to weak!

So, I recommend you carefully add a "0" behind the Life Values of the Zerg Units, make more tests and then it's time for sliced Grunts!!!