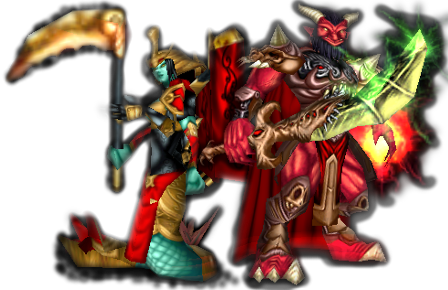 Power of Corruption is a altered melee style map which features two customized races: The Naga and the Demons. This project was previously known as Naga Wars, where you played only the Naga race. Due to some request and suggestions from the staff in that time, I decided to do a whole race from scratch in order to put more innovation, replayability and challenge to the Naga which are overpowered in comparison with the standard races. Time has passed and the map has been improved in many ways, now it's 100% vJASS and it features nice spells, abilities and characteristics which, hopefully, will give to the melee style game a new fresh air. 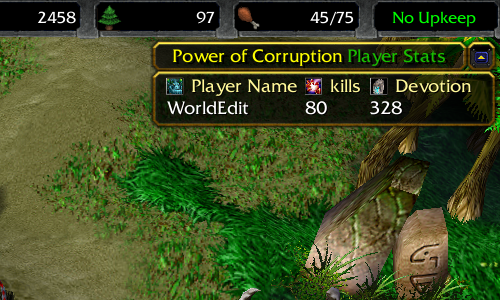 A new resource: Devotion points.
It can be obtained when you kill enemies from normal players (creeping doesn't give devotion points) This resource can be exchanged by gold or lumber, or saved to get a semihero unit at your command. 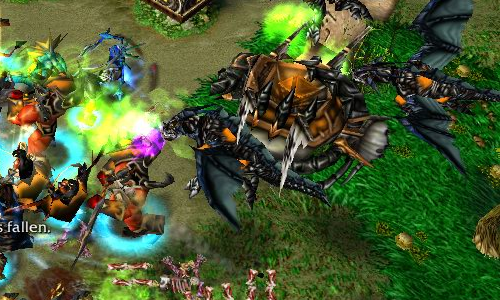 Transport units.
This feature has been available through neutral buildings, but now these units will be trained by the player. They not only serve as transport, they can improve a lot the micro management because they can be used to protect vulnerable units taking in advantage its high resistance against attacks. 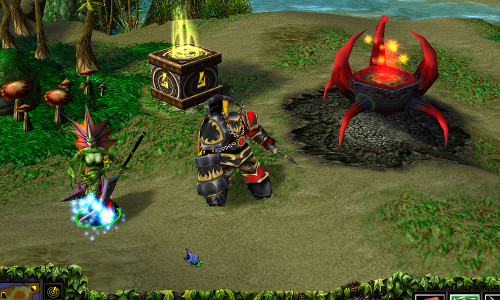 Item Forgers.
These special units will be trained by players. They will have the ability to cast portable shops with items designed to improve temporary the hero units, or units in an area of effect. The units can see hidden or invisible units so they are a key element in your strategy. 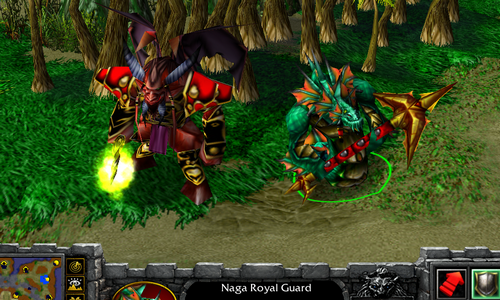 Semi Hero Units.
These special units are the gift that you obtain from you god for having a good and efficient army. They are called semiheroes for its skills (strength + 4 useful abilities) and they are summoned when you reach 1000 devotion points. The Naga obtain a Naga Royal Guard and the Demons obtain a Doom Guard. 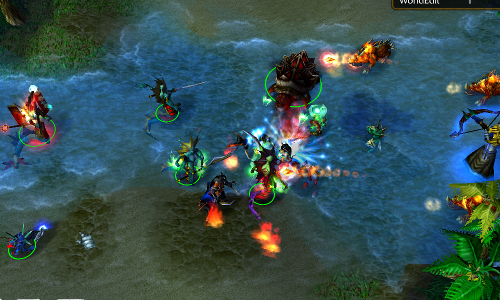 Race Attributes.
Each race will have a unique passive ability for all the organic units which gives to them an advantage in endurance in the game. 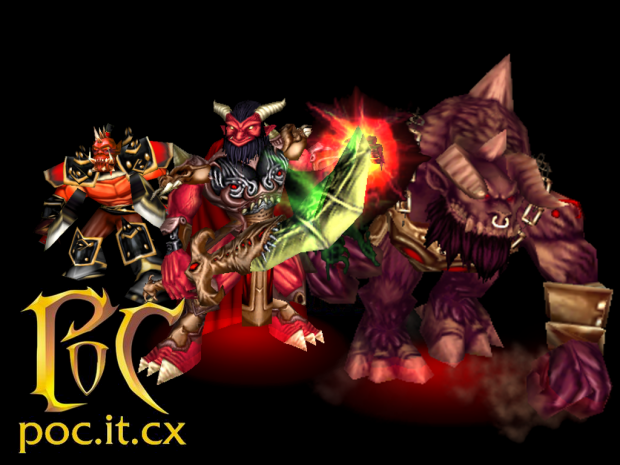 Yes, I know I promised I won't do new versions, that real life has been horrible with me, but these days I've been free of time and this map came to my mind as a good remembering...

Well, basically I did some minor bug fixes and I've added new models to the Demon and Naga races.

I hope don't forget anybody in the credits. If you find any bug or suggestion please feel free to post it here or in the official forum. Enjoy

I know I've said that this mod had been finished long ago, but actually with all the improvements in the warcraft III Modding Community and new ideas...

Power of Corruption Version 2.2c has been released.

This version is now compatible with the patch 1.24. I did other optimizations but because it has been a while without touching this map, I don't remember...

After a long time, the day has come: Power of Corruption has been finished and is available for download.

Power of Corruption - Release Candidate No 3

A new version (release candidate No 3) has been released to the public. This version has more improvements in the code part rather than visuals and features...

With the release of version 2.3a, we're providing the users with new terrains to play with, and we'll start with this one made by Ken-E. Enjoy!!

On the deep land of Lordaeron hides a place with small villages, but as the war goes on supplies stopped arriving on the villages thus forcing the villagers...

With the new version of PoC 2.3a, we're ready to hear more comments about this game. Feel free to test this new version.

The ruins of an ancient temple of forbidden tributes was found by the Naga. They were attracted to this abandoned place by the dark magic emanating from...

A new version of Power of Corruption (PoC) has been released to the public. Version 2.2d

After a long time, the day has come: Power of Corruption has been finished and is available for download.

How do you install the mod??

This is awesome but more map pls

I'll do my best to have more maps with PoC injected. HUGSS!!!

Neat work, moyack. Kudos :) Tried it out yesterday and was pretty impressed :D though I'm not sure why I felt that some bits of PoC kinda felt a little off, for some reason. Maybe I ought to try it a little more...

In any case, this might sound a little self-serving (please forgive me), but if you want help ironing out the grammar and descriptions of the units and stuff, feel free to contact me :3 keep it going!

Thanks for your offer about grammar suggestions and yes, I always will accept suggestions of this kind, because my main language is Spnanish and there's always room for English mistakes.