As Warcraft 3 gets older and older by terms of graphics, skins, and models this is the main cause why many good old games simply die off so i decided that this legendary game need's an overhaul.
And i am just planing to do that with my mod called Warcraft Resurrection.
Warcraft Resurrection will blow your mind and i am guaranteeing it.
This mod is collection of resources from many costum Warcraft 3 maps, campaigns, and projects in which only the best of the best are chosen.
With new new skins models,textures,projectiles too give Warcraft 3 reign of chaos and Frozen Throne a new and interesting look.
While the mod itself doesn't add any new units or new missions it will change the look and aspects of Warcraft 3 for the better.
I strongly recommend too play the original campaigns of Reign of Chaos and The Frozen Throne too observe the differences implemented.
Too play the original campaigns is strongly recommended however you can play single-player and multi -player too.
However some differences are hard too spot so don't be mad if you don't spot them on the instance.
Don't worry i am only choosing the the best of the best from The Hive Workshop community and from many other dedicated Warcraft 3 sites.
I hope everyone will love the mod or at least like it.

And all the races have recieved a bit resurrection so which of the four main races do you choose?

The valiant and noble Human Alliance with it's iron disciplined footman's ,knight's and other specialized units.

The brutish and aggressive Orcish Horde with it's legions of grunts,spear-throwers and other powerful units.

The evil and manipulative Undead Scourge with it's necromantic powers and other rotten and half-rotten troops.

The secretive and cunning Night Elf Sentinels with it's hit and run tactics and powerful druids.

The vengeance hungry Blood Elf's with the power of arcane and fel magics.

Warning!
You can only use them in the campaign or on specially dedicated maps like Deadly Hate or Struggle for Azeroth !

Or the vengeful and dangerous Naga's with its ability to strike from the deep seas.

Warning!
You can only use them in the campaign or on specially dedicated maps like Power of Corruption!

Whatever races or options you choose Warcraft Resurrection has something for everyone and remember only the best of the best is chosen too my mod so i can guarantee that this mod is not flat or uninteresting.

So prepare yourselves to be amazed!
Its Resurrection Time!
PS: At this time i am trough with over 6400 hours of working on the mod so everyone have a try at it.

The last version of the mod did replace a-lot of skill icons and even added a-lot score screen icons to the mod so please enjoy it.

The latest version of the mod did replace a lot trees and terrain arts especially in Lordaeron Summer, and some basic and campaign heroes HD remakes are going get scrapped for a while until i manage to get the whole pack, until then they will remain the same with a few new good quality models made by Direfury on hive workshop.

Special thanks too:
Kam Ghostseer.

For hints and permission too use some of his resources.

For various edits and great resources.

For his patience and many resource edits.

Without it the mod wouldn't be possible.

With its cool models skins and textures 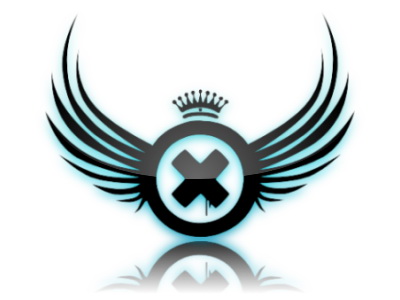 This is one of the best Warcraft 3 resource site after the Hive Workshop.

Thanks for voting and helping Warcraft Resurrection on it's quest to become the 2022 Mod of the Year. You are now in with a chance to score some free games from our #modlove collection. Help this mod secure more votes by embedding the widget (or link) we have included below on your favorite sites.

Rise of the Skeletons

Well well this release of the mod had taken quite a long time because of some real-life issues but lets cut the chit-chat short short see the mods current progress so enjoy the show.

And the mod now finally has it's own fonts.

Here are some screenshots 17 to be exact: 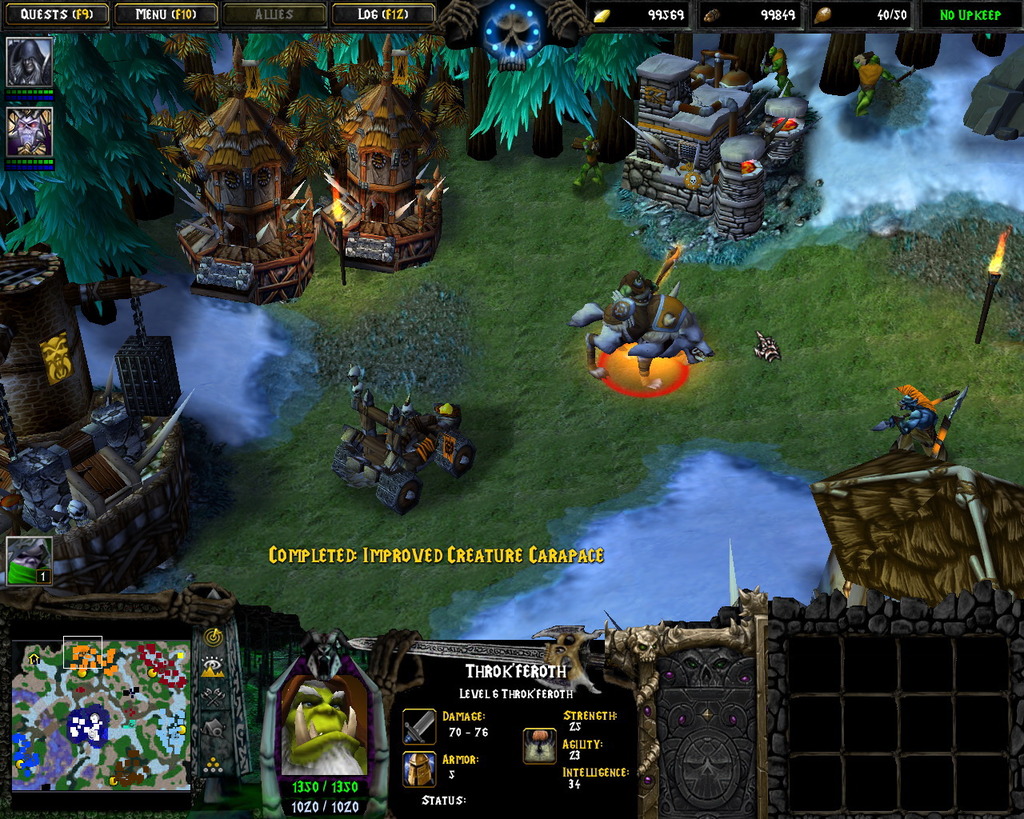 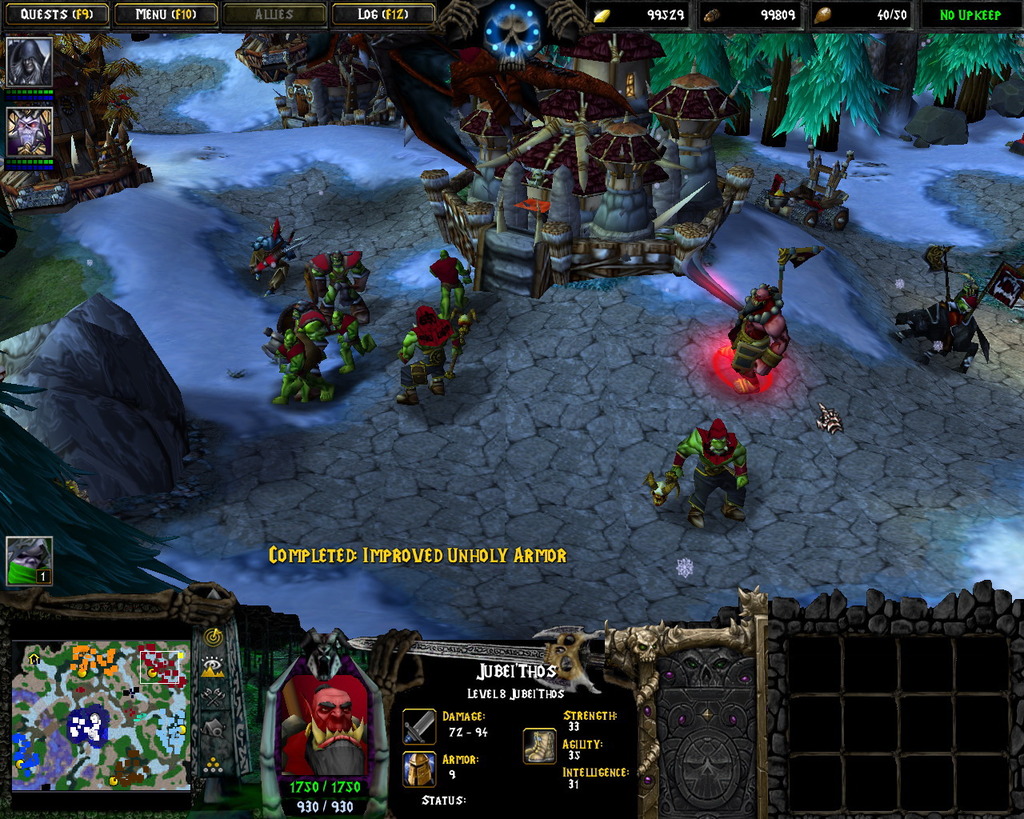 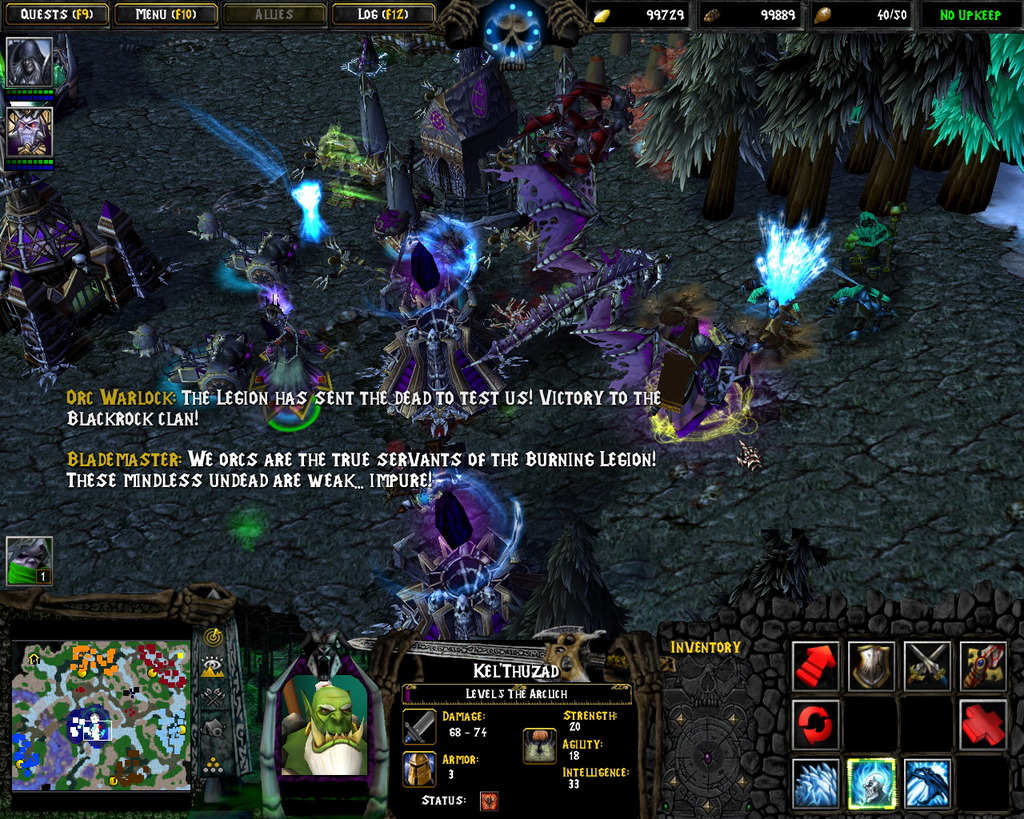 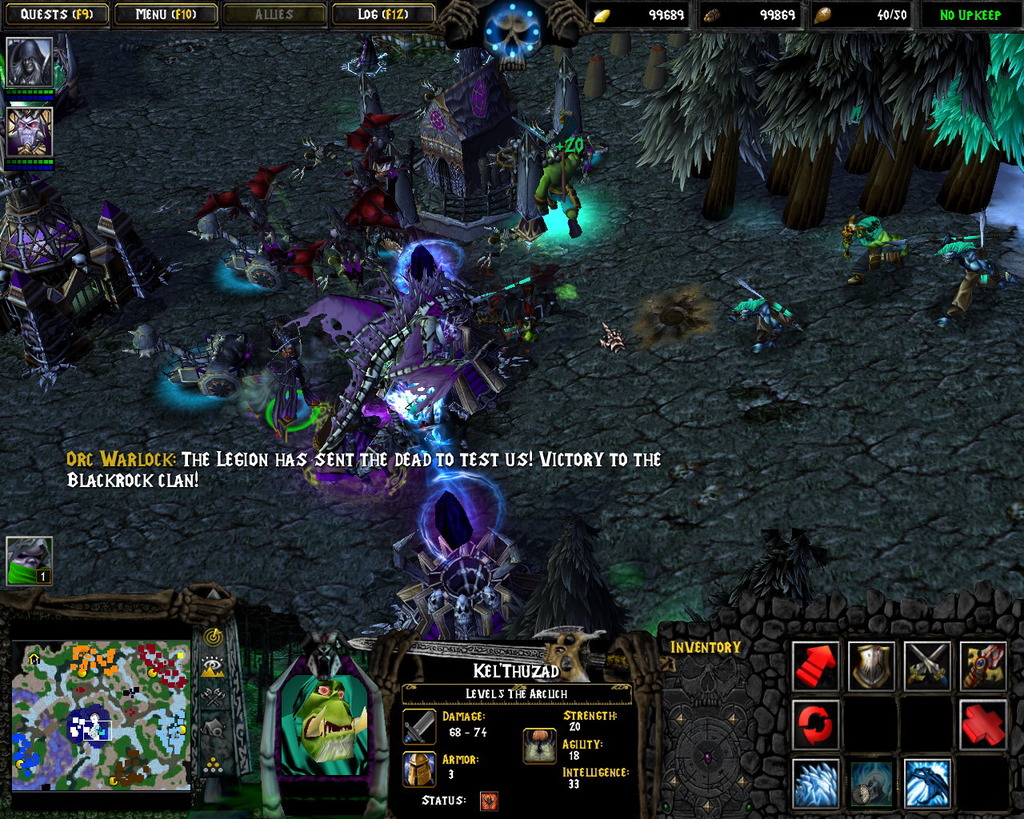 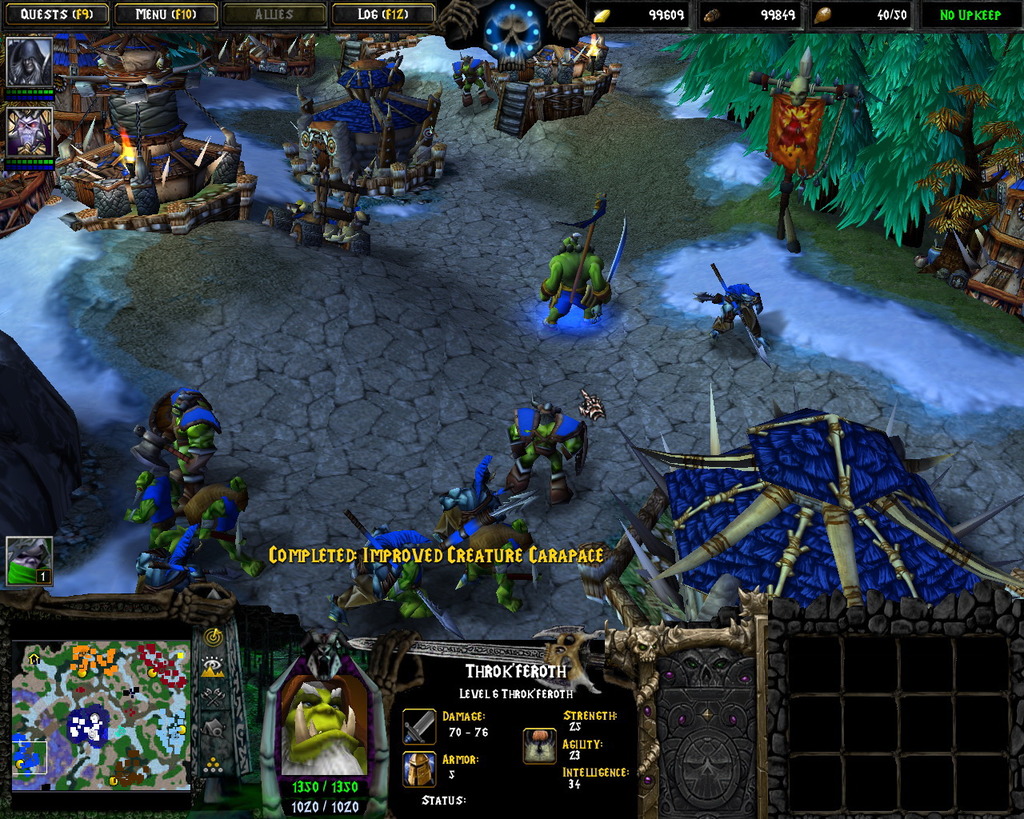 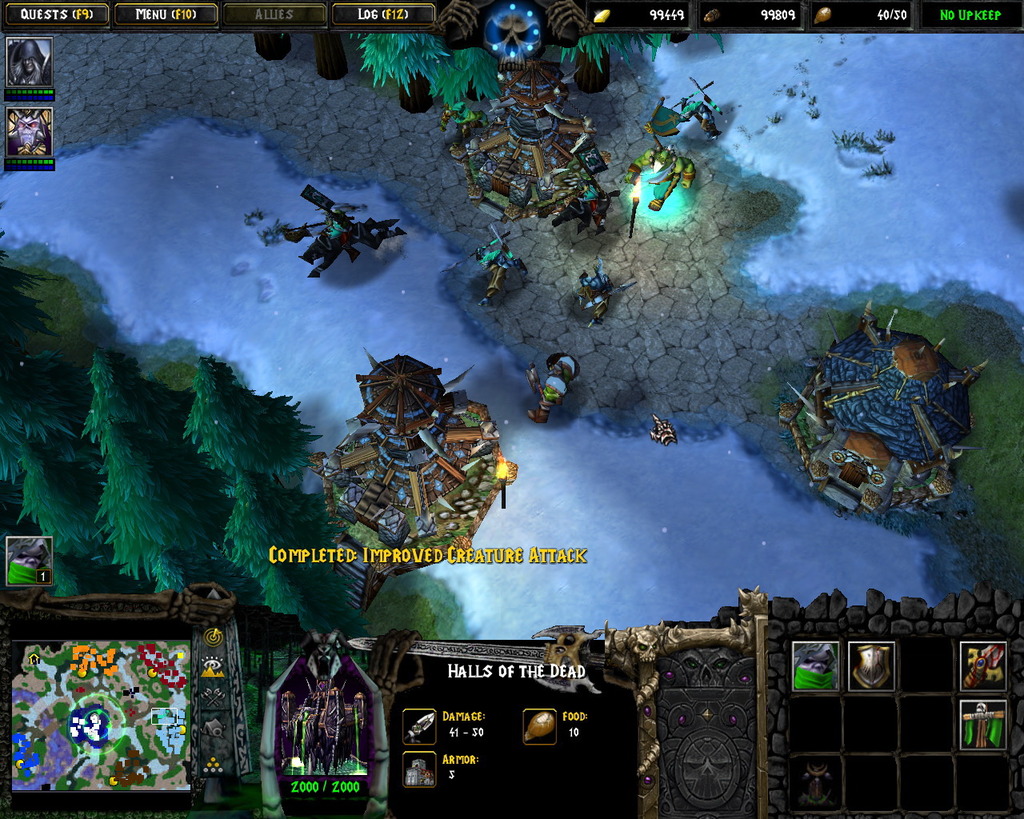 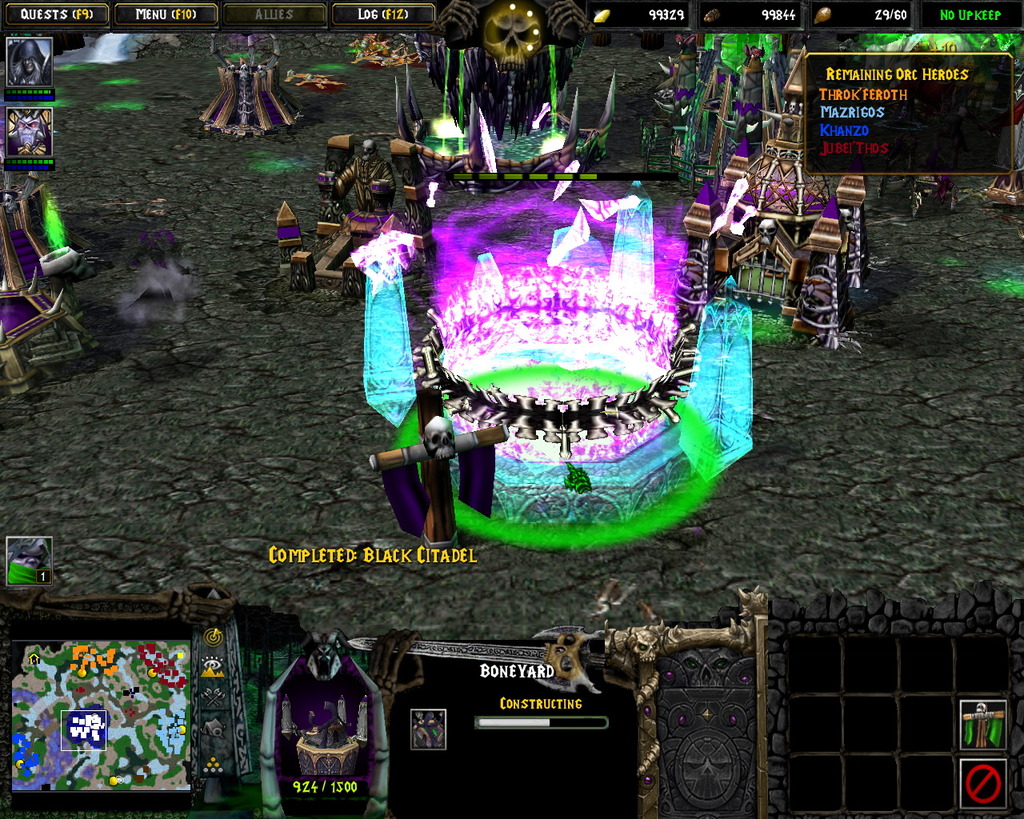 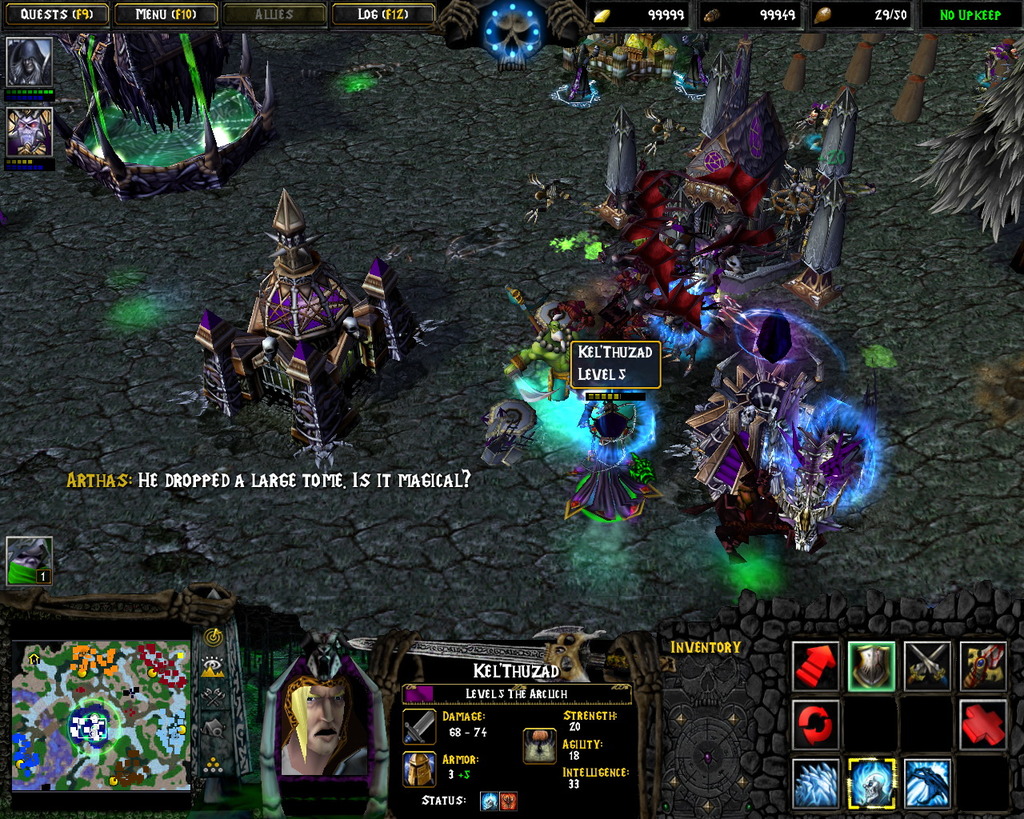 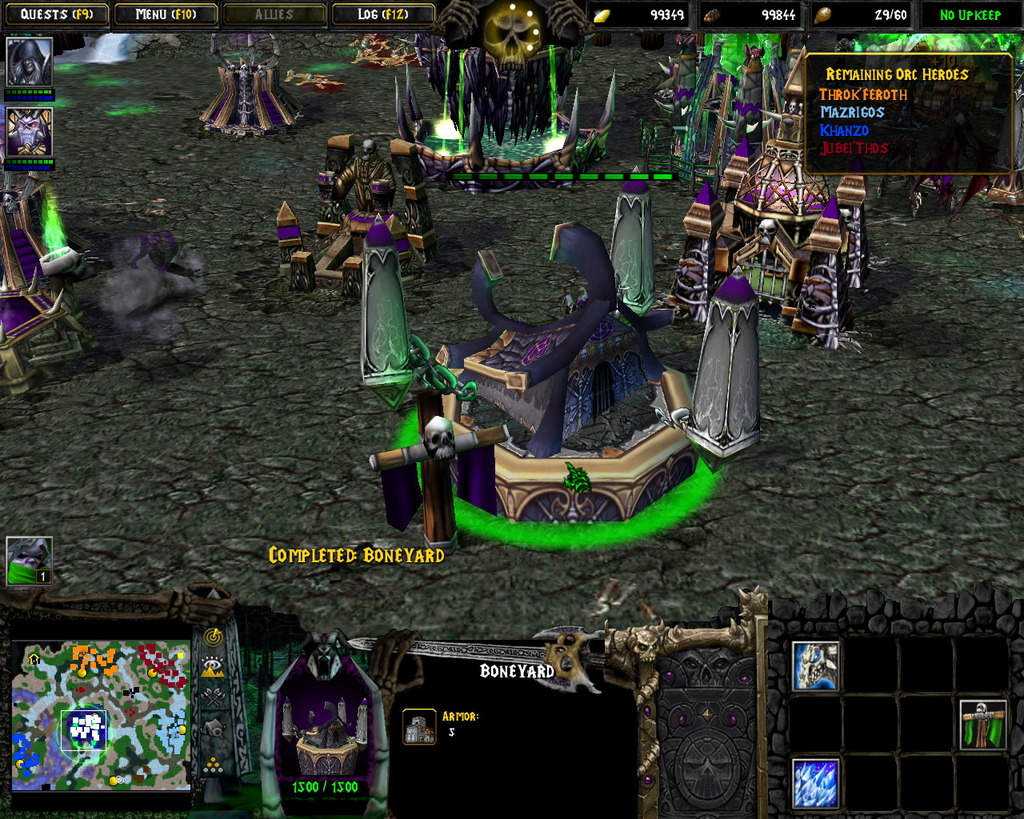 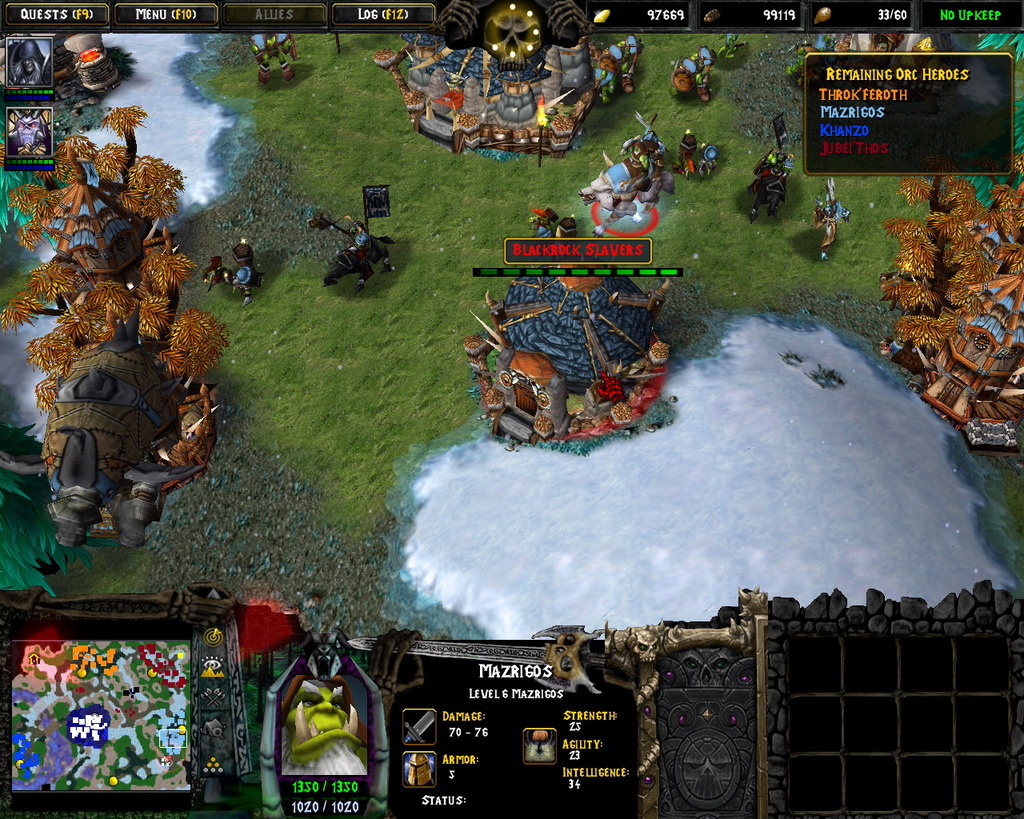 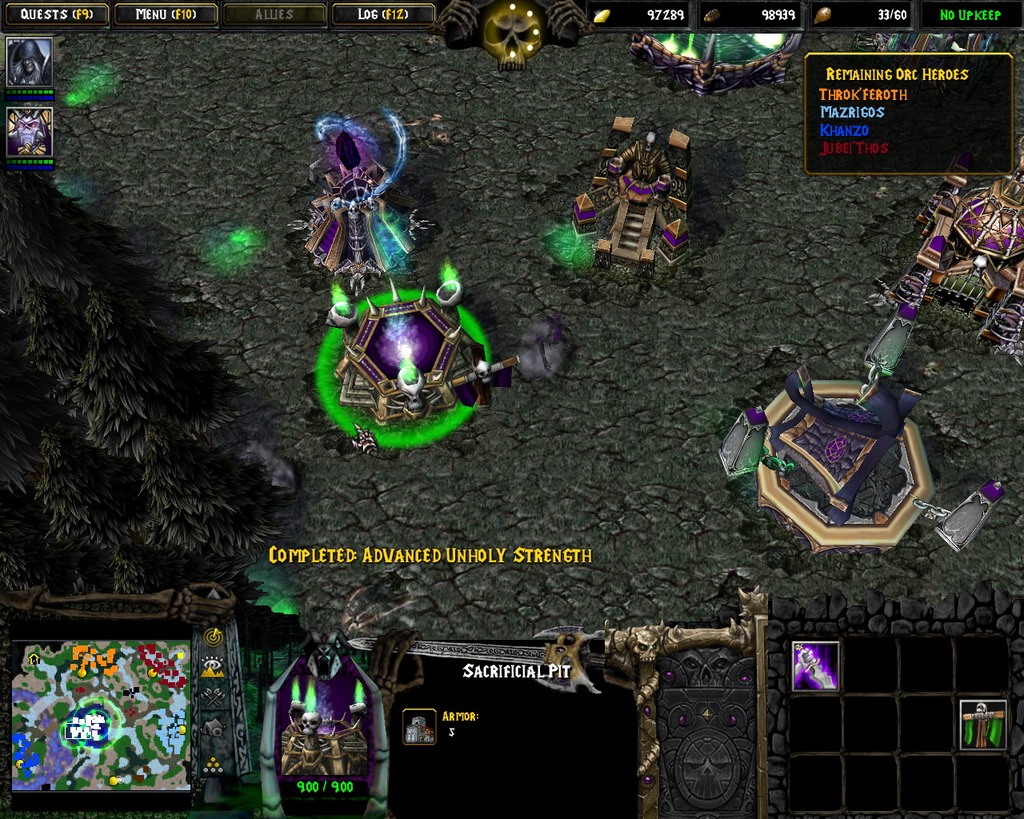 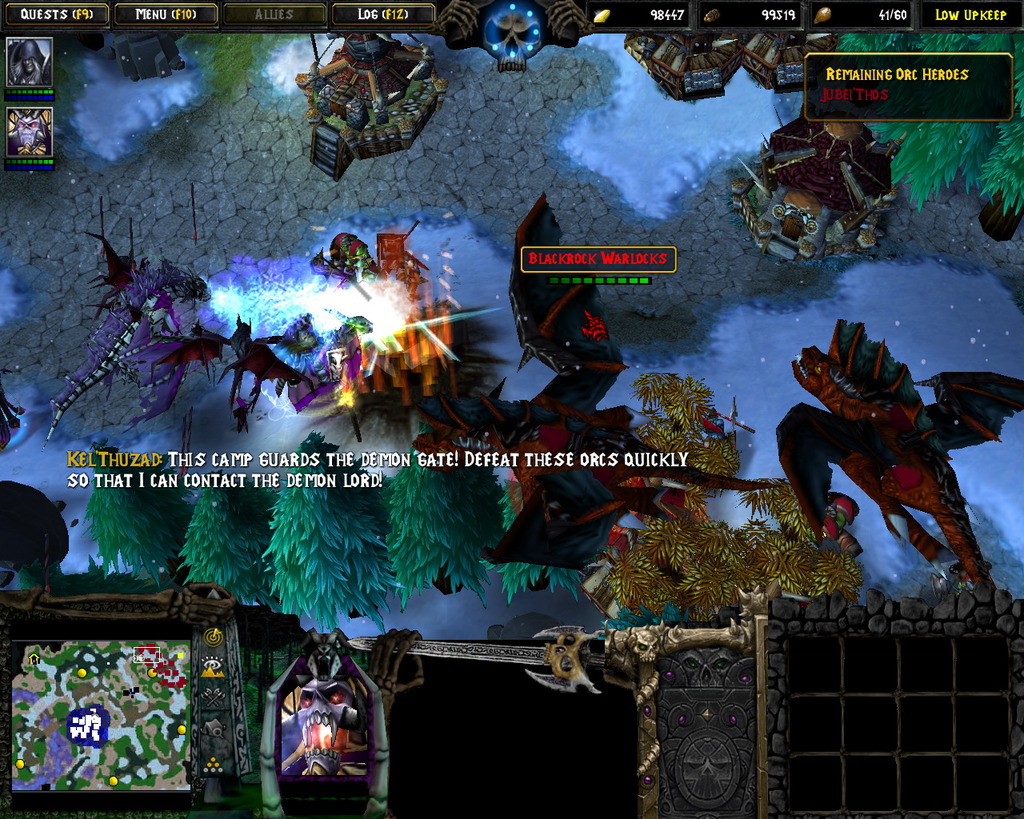 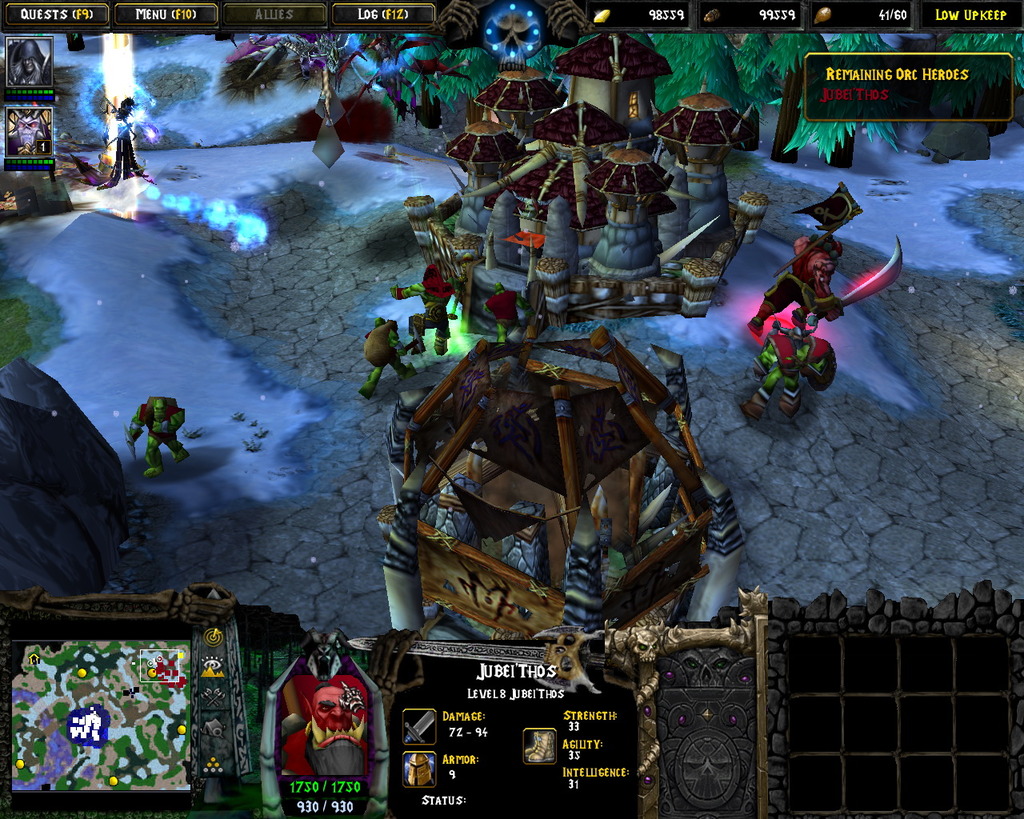 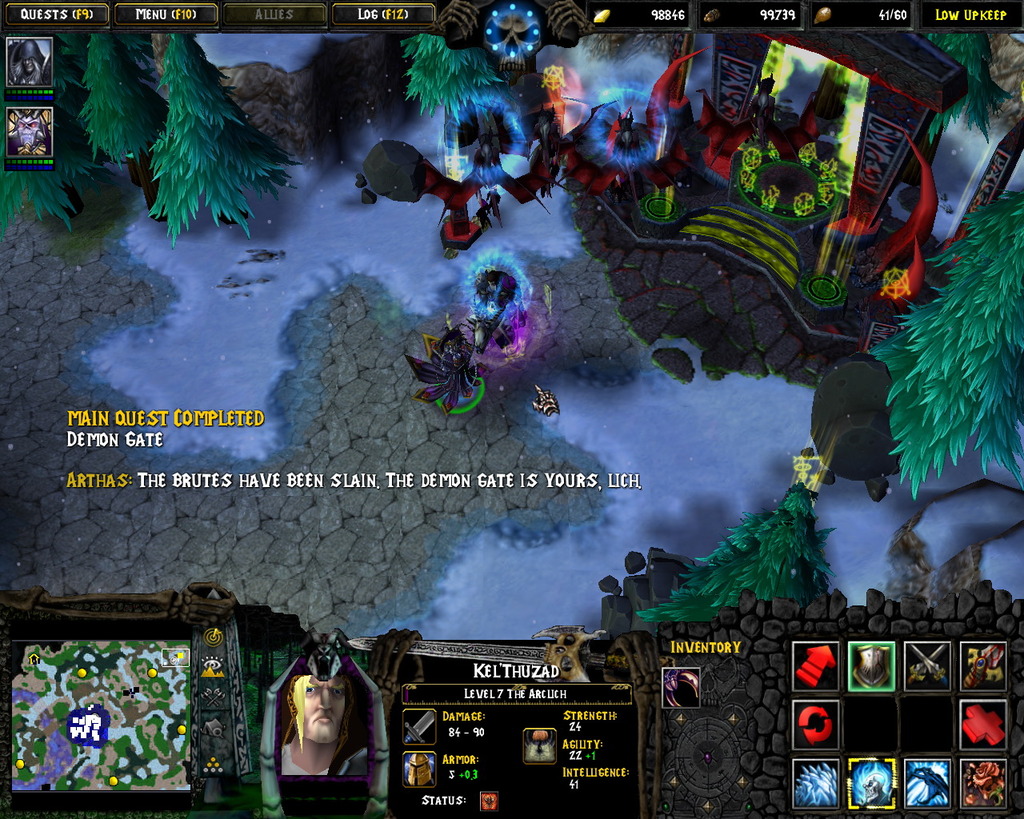 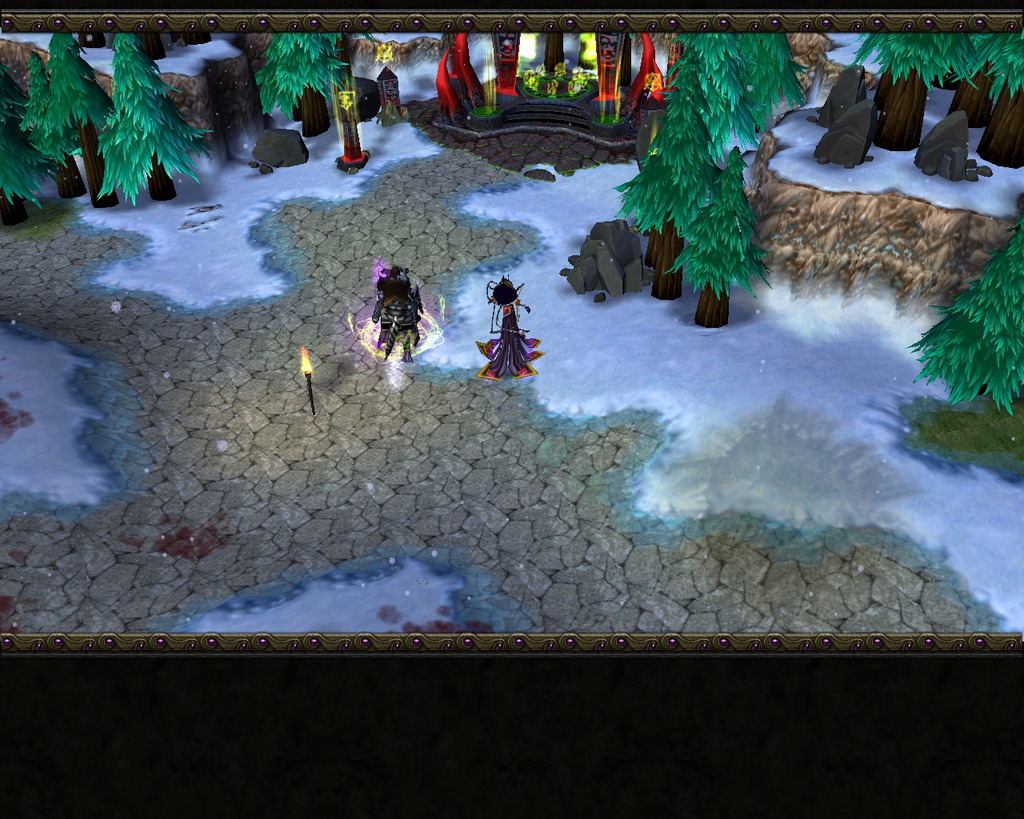 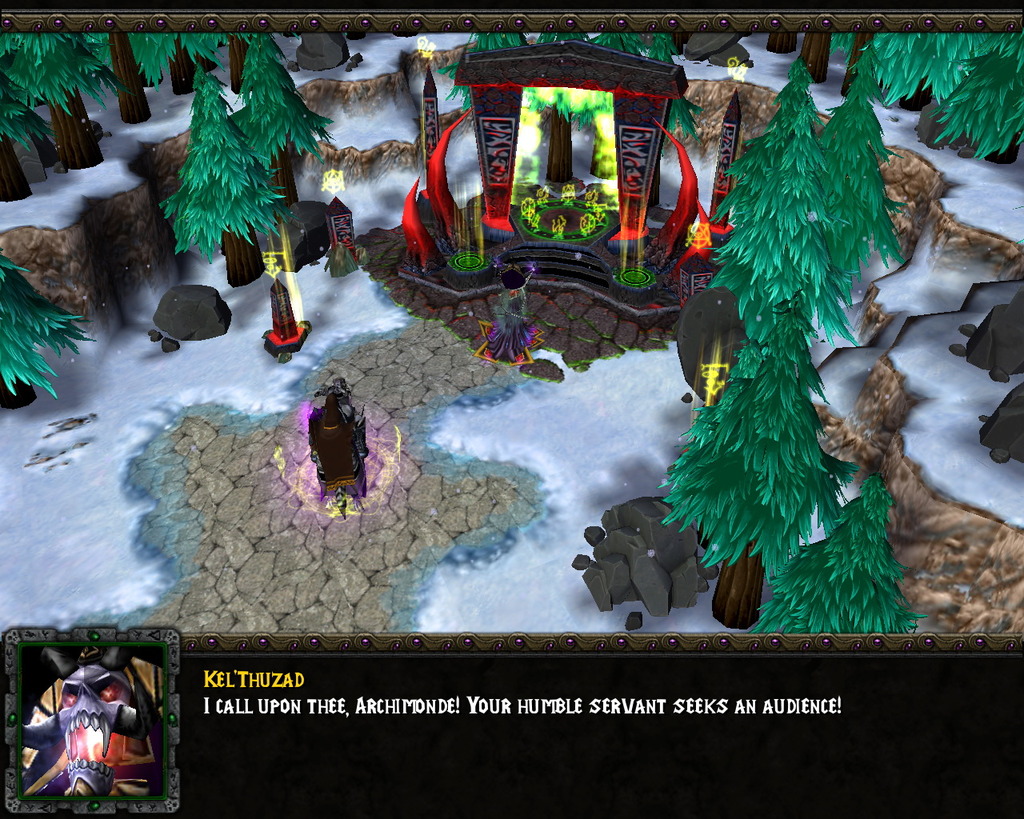 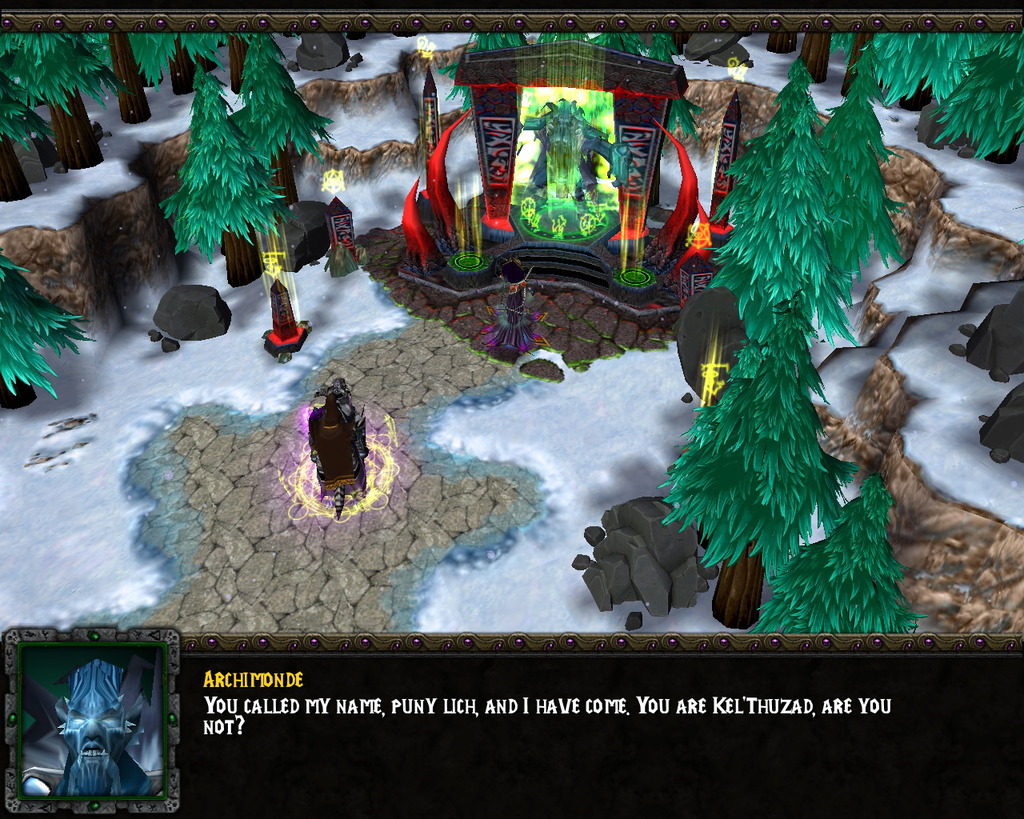 And here is the video of the mods current progress: Moddb.com

And the video that shows the current look of the mod and with a little action included so enjoy.

My dear friends,fans and foes after a nine month pause of the mod here is the newest version of the mod as a new year present for you all so enjoy Happy...

My dear friends,fans and more especially foes i am so sorry for the almost nine months of absence and inactivity but real-life issues had pressed me down...

Shows the fourth chapter of the Undead Scourge's also has blood and gory icluded so enjoy.

Proudly showing off the third chapter of the Undead Scourge's campaign with more blood and gore so enjoy. The objective of this mission is simple you...

My dear friends and fans so sorry the late release of the mod but real-life had kind of bugged me down a bit anyways here's the latest version of my mod...

My dear friends,fans and foes after a nine month pause of the mod here is the newest version of the mod as a new year present for you all so enjoy Happy...

I am sorry my dear fans and friends for the late release of the mod but the balancing and the testing did take a bit too long and real-life had bitten...

Im deeply sorry my friends and fans that i didn't upload the new version on the promised date but my family and myself were living in a rent and we had...

The long awaited release of the mod this one is for Frozen Throne. Happy Christmas and a Happy New Year. Warning this version of the mod is outdated please...

The mod is dead?

Reforged is dead all hail mods!!!

Yes it's true though and it breaks my heart

hi author :) do you have any news regarding a future update ? you didn't talk about your progress for more than 2 years

Hi author, hope you see my comment. I was wondering if you will make this mod for the new patches like 1.30.2?

i didn't know arthas riding on a horse.

The Mod is very nice bro.thnks.MY friend and I have been playing with your mod for months and we really enjoy.thanks again.There's only a problem.Why are the Taverns removed in the mod? D: