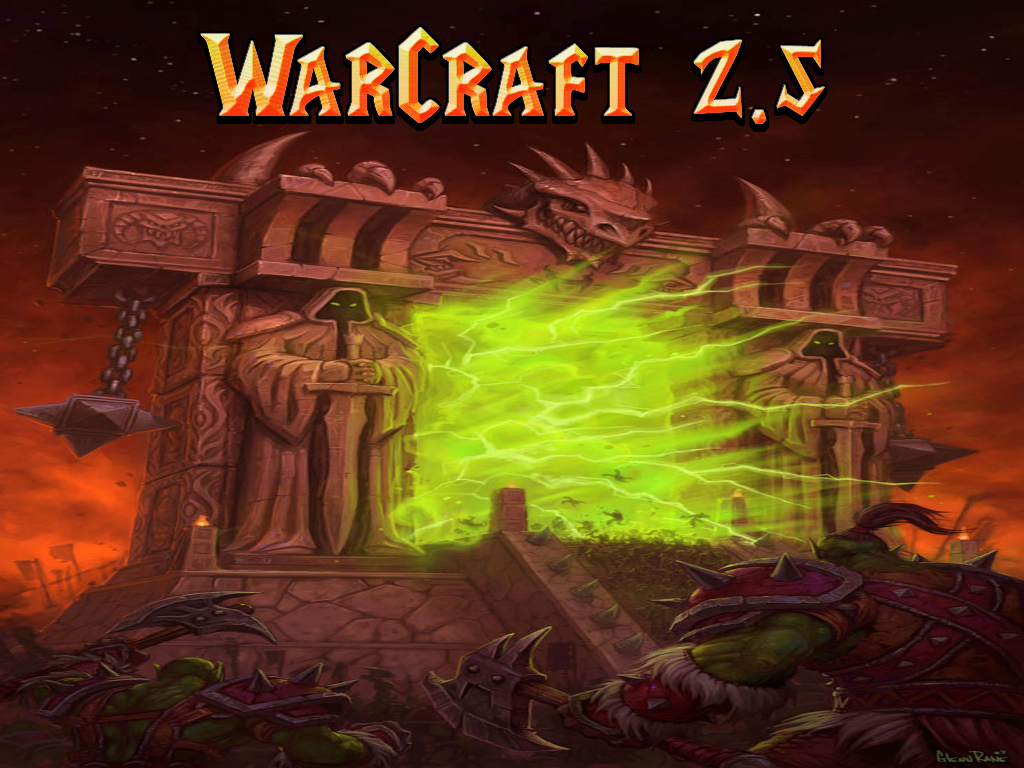 Gameplay
This project is a fast paced oldschool "standard" RTS modification for Warcraft III The Frozen Throne, that takes place after the 2nd War with the Alliance still fighting the remains of the Orcish Horde. It aims to bring the gameplay of Warcraft2, Starcraft:Broodwar and Armies of Exigo to Warcraft 3.

There is only an orc AI.
Undead is improved and playable but not finished yet,some spells/abilities are not final and tooltips are missing. Human, Orc and Nightelve are full playable.
Naval battles are available now!


If you are interested in playing or watching some VODS check out these links:

Check out the new Mappack!

Warcraft 2.5 the battle for Azeroth continues!

I started this project in 2009 called "Warcraft No Heroes". At first I just removed the heroes and the creeps but I did not enjoy the outcome. A friend of mine gave me the idea to take a more Warcraft 2ish /Broodwarish approach. The result was "Warcraft 2.5" a fast paced oldschool rts game. I had a playable version in 2010 but I waited with the release on moddb until I had 3 factions playable in March 2012. Now I release my most recent Version with 4 playable factions and several new features which were not part of the original Warcraft III, but were part of other rts games. Some examples are following here:

1. I added advanced tooltips to every unit, showing most of the unit stats 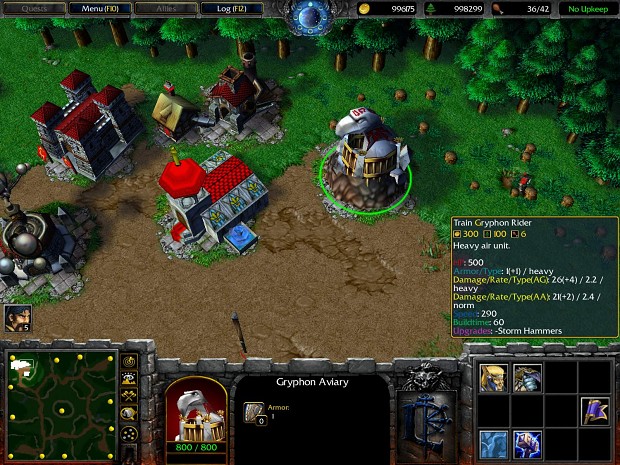 3. reworked the old spells and abilities and added completely new ones

For example the new Wizard ability "invisibility aura" . Providing invisibility to all surrounding units except the Wizard itself. 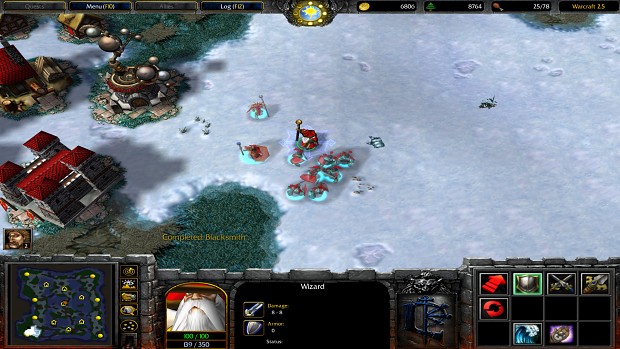 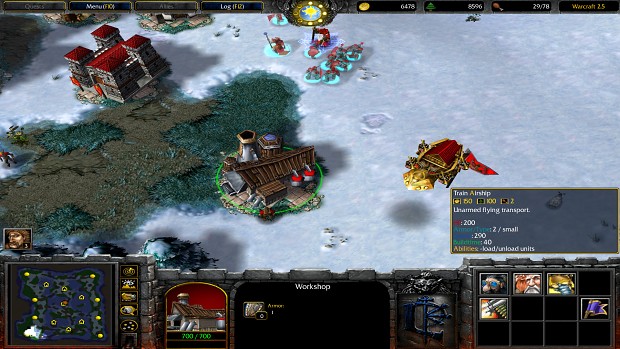 5. yes naval units are back too with special naval maps 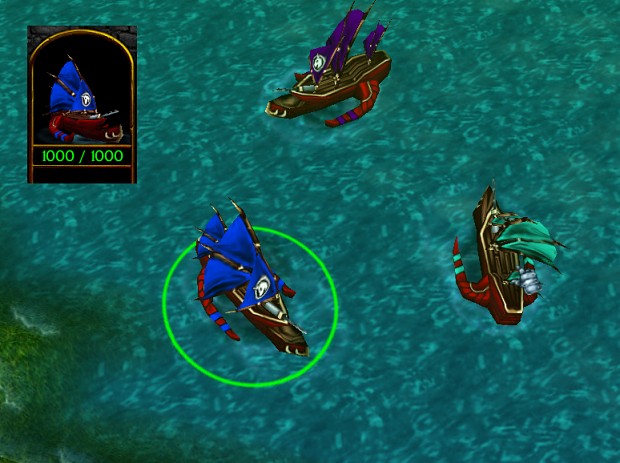 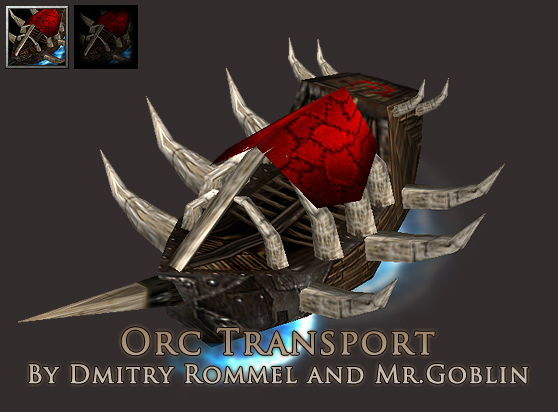 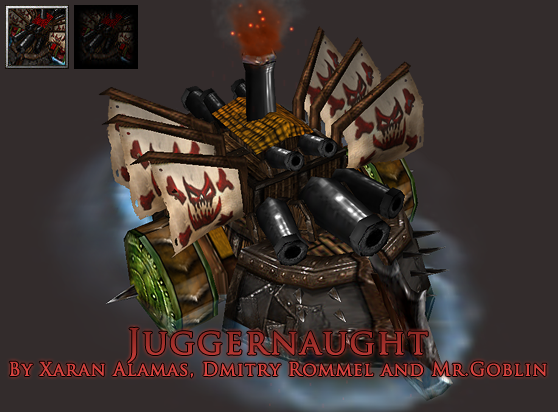 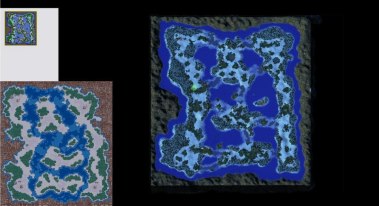 6. units inside a transport die if the transport was destroyed 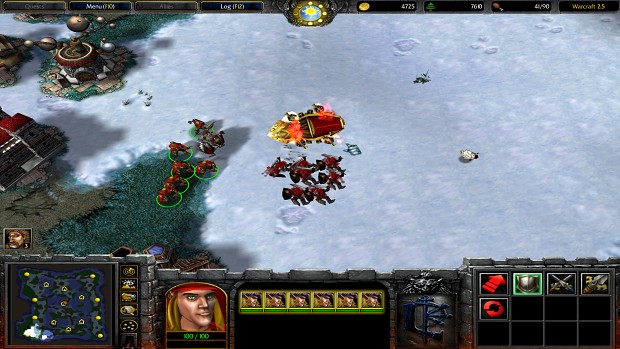 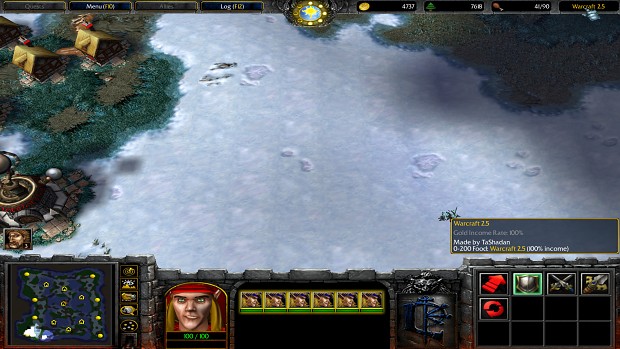 8. capturable resource facilities like oil derricks and buildings where you can hire mercs 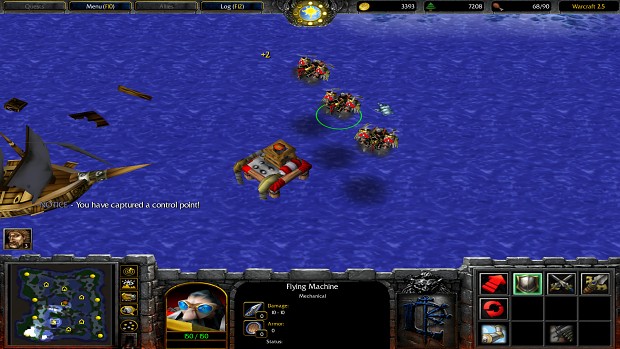 A oil derrick after being captured by flying machines. Producing +2 Gold each interval. 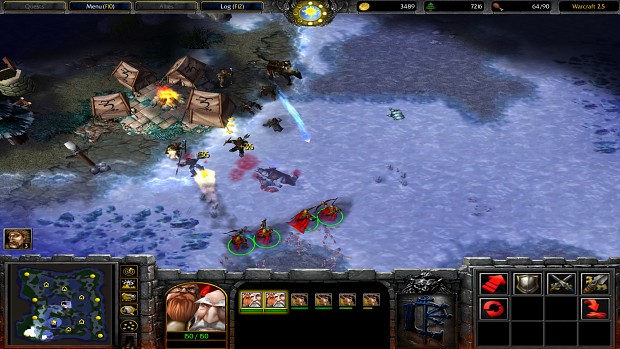 A merc camp with creeps defending it. 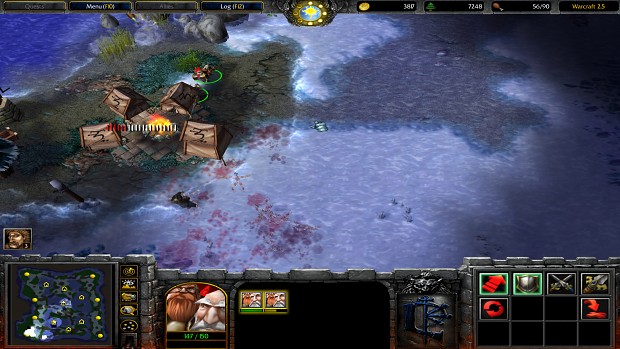 While capturing the progress is indicated by a bar. 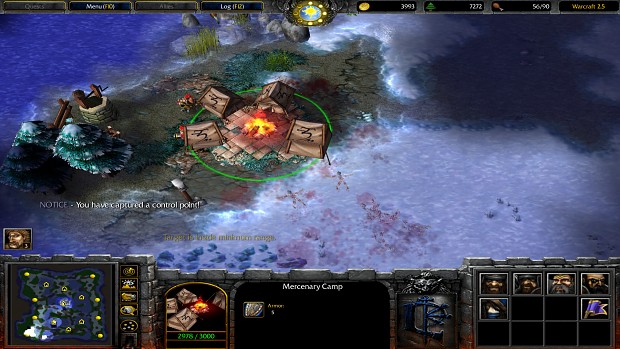 A captured merc camp with a bunch of hireable mercs. 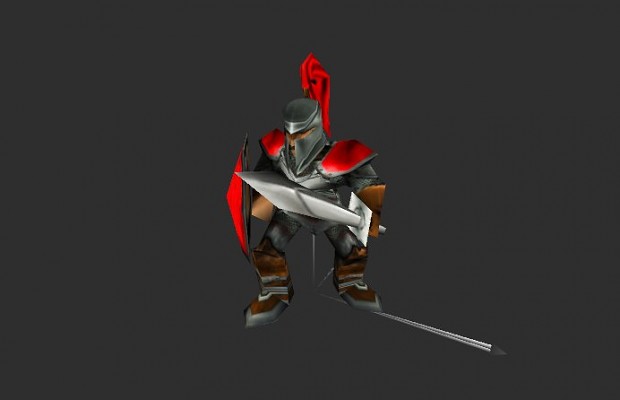 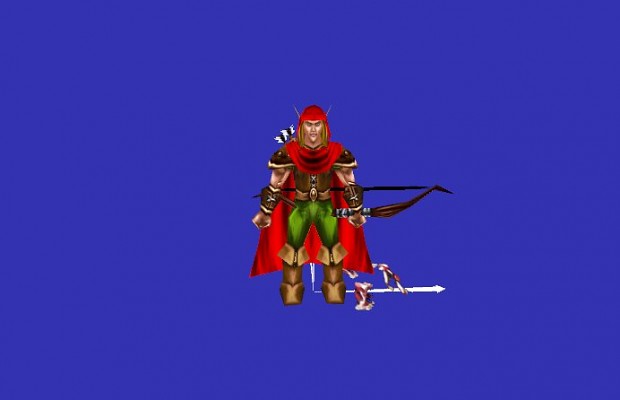 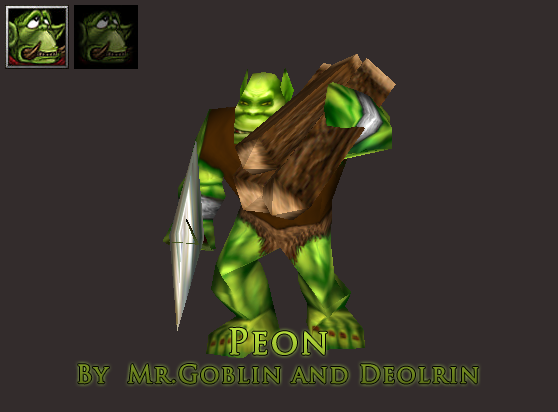 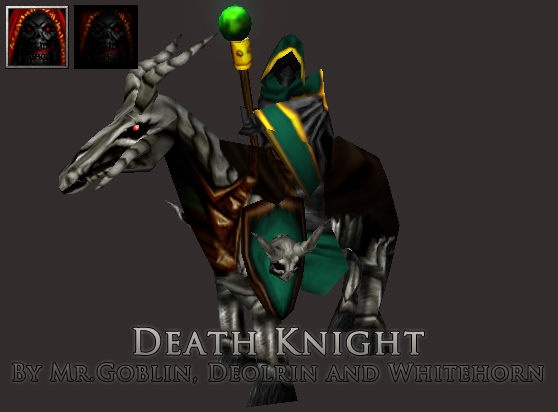 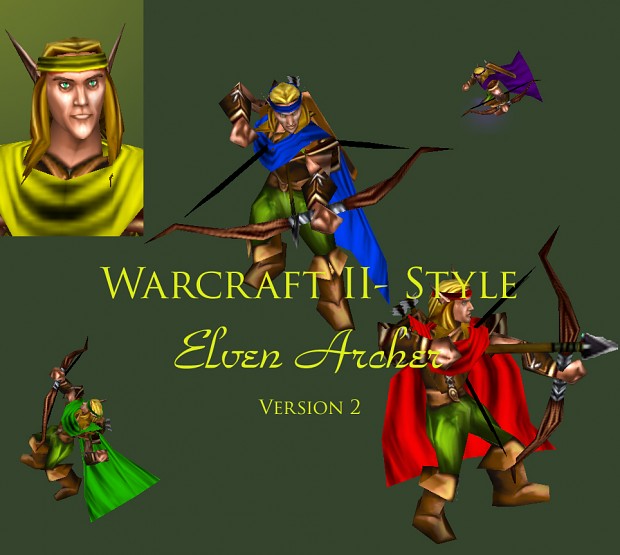 Now featuring a installer you will not have any trouble to install or uninstall the mod. Check it out!

Unfortunately I will not be able to work on this project alone anymore. I will need help especially for balancing, new icons, better AI and new maps.

Thank you for your attention!
TaShadan

Welcome to my fast paced RTS mod for Warcraft III TFT. While the old versions were only maps, this version is a mod. Install instructions included.

The AI Testversion of Ancient Forest is uploaded. You have to choose Orc as opponent. I recommend using Insane AI. The AI is not able to counter invisible...

Check this out for replays, VODS or finding players.

Fixed the Damage problem (units not doing damage) on all maps. Iam sorry for the caused inconvenience.

Fixed version. The one in the modpack is bugged! Please use this one.

I tried the mod. I expected a bit more and a bit less. I got disappointed I found only one map with the mod actually active, and the non-working AI for some factions is disappointing as well. The naval addition as additional naval engineer is genius idea. Maybe the huge changes in areas different that adding naval units and air transport was redundant. I thing that I miss here is the oil tankers and oil derricks being able to be build, I destroyed them several times by accident, and also missing oil as resource, which I understand why it is hard to mod. Only thing in my opinion that is needed for this game as serious change is easy difficulty to be ... easy. I see you stopped working on the mod, but still I have hopes :) When I saw the mod I got reallly hyped!

To be honest i also wanted oil to be a resource, but modding it in a clean way was not possible and i did not want a solution that looks like an alpha stage game. Unfortunately i have no time to continue working on the mod.

This is Perfect! You're the only trying to bring back the good ol' warcraft 2 conversion to warcraft 3. The skins are awesome. Thanks :)

Dead???
Someone please do a kind of Warcraft 2 remake...
not just a scenario.

WC2.5 is a full fledged mod not just a scenario. But it is not a wc2 remake either.
To be honest a 1:1 remake is not even possible with the wc3 engine.

And yes unfortunately this project is dead. I do not have time to work on this anymore. And the feedback from the community was none existant which made it even harder to continue.

how do you write those colored, organized tooltips ?

I used this tool: Wc3c.net

I really wish this mod had complete AI, looks so interesting! Any updates on possible AI implementation? Would help if I had any clue how to do that!

Guess I should have written more in the first post here, apoligies. Thanks for making such an awesome mod! I do realize how much crap ton of work goes in to these kinds of projects. Is multiplayer possible with this mod?

Thanks for your reply. I am really sorry that only Orc AI is working and that AI is not able to use ships :( Unfortunately i do not have much time these days...
Yes multiplayer is possible. All players need the current version.