This is a complete list of Nod Aircraft assigned to your command during Twisted Insurrection. Each unit has it's own introduction during the campaign progression so you can figure out what unit is best for what roles. Please note that changes will more than likely occur over time and some unit/cameos are still using placeholder images as we are still in our beta stages. 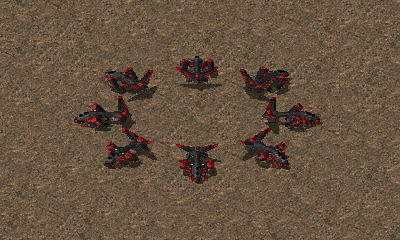 The new VTOL Hornet is designed to quickly move through the skies and to easily eliminate any lightly armoured units and Infantry in sight using its high altitude LASER cannon. 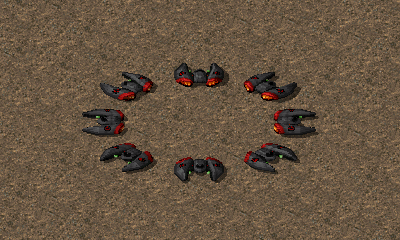 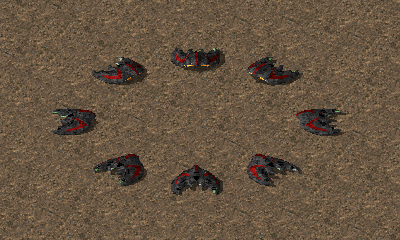 The Wraith bomber is a large VTOL Aircraft designed to cause devastation to just about everything on the battle-field. The Bomber is designed to withstand a large amount of hits and to dish out plenty of damage to all forms of armour. Due-to the weight of the Bomber it moves slower than its brother the Banshee Interceptor and carries limited ammunition but the strength of the Plasma bombs it carries makes up for all other flaws.

The Brotherhood of Nod Fans & Clans with 241 members