This is a complete list of the GloboTech Vehicles assigned to your command during Twisted Insurrection. Each unit has it's own introductory during the campaign progression so you can figure out what unit is best for what roles. Please note that changes will more than likely occur over time and some unit/cameos are still using placeholder images as we are still in our beta stages. 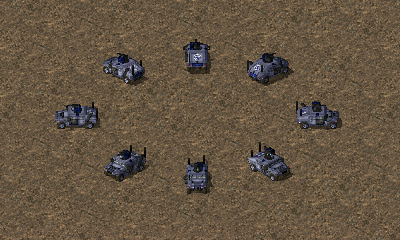 HMMWV's are a main stay within GloboTech's private army. They are relatively fast but lightly armoured vehicles, sporting a 50.cal heavy machinegun, capable of eliminating most infantry types with relative ease. 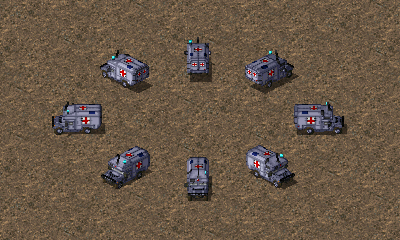 The M997 is another example of the HMMWV's flexibility; these Ambulances are capable of tending to the wounded as quickly as possible by deploying it's own medical camp anywhere on the battlefield. For better survivability in the field, GloboTech have recently refitted their Ambulance fleet with improved armour plating. 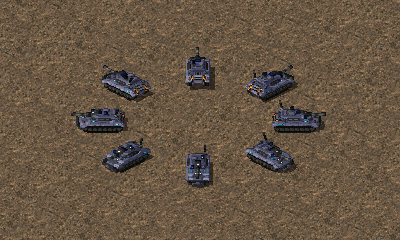 Fast and versatile, GloboTech Light Tanks are designed to remove armoured threats from nearby civilian cities without damaging the surrounding infrastructure. 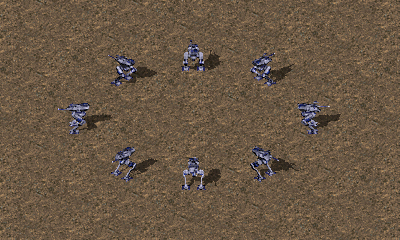 Sentinel walkers are GloboTech's solution to inefficiency on the battlefield. These light weight walkers are fast, unmanned and fire rapid anti-armour tachyon burts. Considered to be the successor to the corporate armies Light Tank, they are often found protecting GloboTech controlled city perimeters.

Unfortunately, as with all autonomous vehicles, they can only be repaired at a fully equipped service depot due to the delicacy of their AI systems. 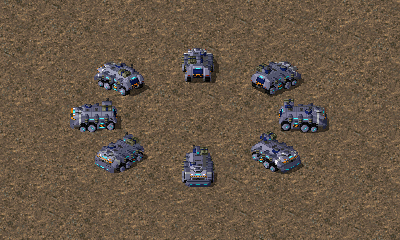 GloboTech's large armored personnel carrier, the Armadillo is currently the most advanced APC in existence. Well armored and armed with a fixed TOW Missile turret, the Armadillo can carry up to 10 soldiers anywhere on the battlefield, including sea and lakes, quickly and safely. 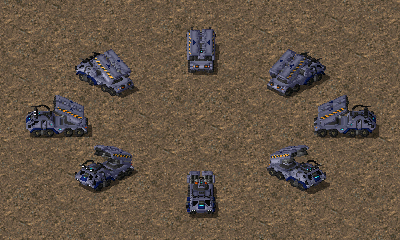 While capable of knocking most airborne threats out of the sky with carefully guided missiles, the GloboTech SSAM Launchers are also armed with long range ground missiles, capable of destroying threats from a lengthy distance. Heavy armour had to be sacrificed in order to maintain a steady speed. 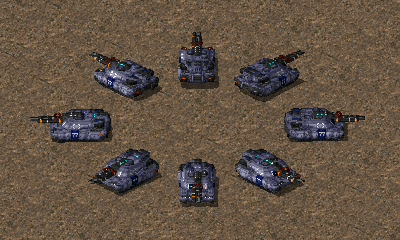 After assessing the Emerald Peak massacre, GloboTech executives issued the order to repurpose the Goliath stockpiles, to aid in the defence of the company against their new foe.

Utilising these supplies GloboTech engineers attempted several failed refits before successfully producing what they dubbed the Super Goliath. The Goliath's hull was reinforced and the discus launchers were removed in favour of a power cell capable of powering the vehicles new primary armament, a custom built rail-gun. These tanks were then issued to GloboTech most elite armour divisions whose skilled crews were familiarised with the workings of their new vehicles so they could more efficiently maintain them. 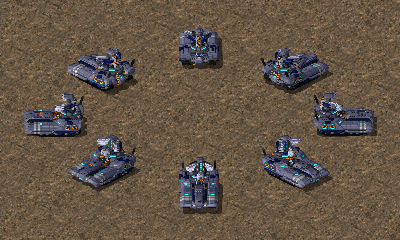 After several successful laboratory tests with stationary Sonic Emitters, GloboTech's Science division discovered that Tiberium was vulnerable to sonic resonance waves, which disintegrate it at the molecular level, splitting the alien substance into its less dangerous base components. Pleased with these results the board of directors commissioned the Disruptor program. Its aim to develop a mobile Sonic Array, which could be deployed quickly around the globe, to protect populated regions threatened by the Tiberium blight.

The Disruptor is a prime example of GloboTech's extremely advanced technology and formidable research facilities. While slow due to its thick armour, the powerful Sonic Emitter is incredibly effective at eliminating not only Tiberium but also hostile life forms, structures and vehicles, resulting in the Disruptor being increasingly used in combat situations. 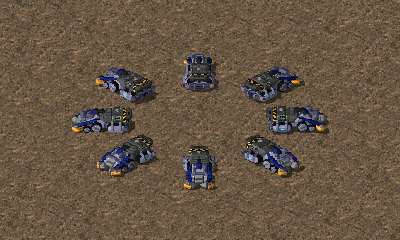 While GloboTech do not condone the harvesting of Tiberium, these Harvesting vehicles have been spotted in large GloboTech cities. 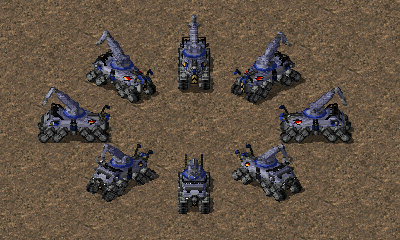 GloboTech Mobile Repair Tanks are large units supplied by any Warehouse found on the battle-field. These large vehicles can repair even the largest units on the battle-field in a matter of moments. GloboTech manufactured Repair Vehicles maintain fast movement whilst having heavier armour than all the others, making it the superior vehicle. 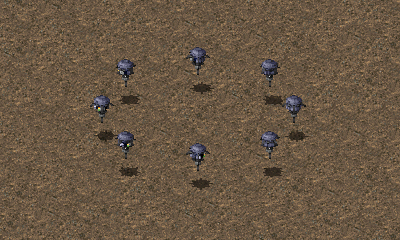 These patrol drones are often seen within GloboTech occupied cities, searching the perimeter for any unwanted visitors, be it a Nod reconnaissance force or a roaming pack of Tiberian Fiends. While unarmed they're equipped with both searchlights and a klaxon system, allowing them to immediately alert nearby friendly units if an enemy incursion has been sighted.

Unfortunately, as with all autonomous vehicles, they can only be repaired at a fully equipped service depot due to the delicacy of their AI systems. 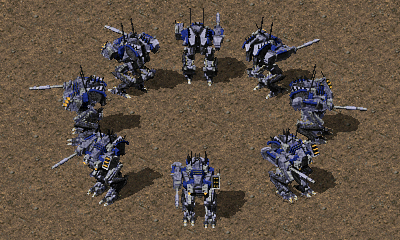