If you like Turmoil Across the Stars {DEAD}, show your support by giving them a vote in the 2020 Mod of the Year awards

After a long delay, we are finally deploying the 0.42 Advanced Alpha Release. When we released the 0.35 version, we built on the foundations of the Star Wars Conquest modification, a solid and time proven modification. Issues reported by players have shown that this foundation is showing its age as many aspect of it dates back to the original Mount & Blade. Before we would be able to build the modification we envision and players deserve, we needed to stabilize and optimize this foundation. We have spent a long time analyzing, upgrading, optimizing SWC assets while also creating our new assets. We divided optimization efforts into two main categories: character related assets & map related assets. With this patch we will be able to deliver mainly on the first part as when finishing optimization of the map assets, we ran into an unforseen complication which has already caused enough delay. We hope that this patch, while a bit sparse on new content, will greatly increase your gameplay

Balance:
Droids received +2 to ironfleh.
Balanced the levels of certain troops in the clone troop tree so that their wages do not decrease upon upgrade.
CIS reinforcement rate reduced.
CIS reinforcement party size reduced.
Reinforcement cost for all faction was increased.
Proficiency changed for all clone troopers.
Armor changes for various republic and hutt armor.
Deflection skill buffed for force users to allow them a greater level of survivability.
Mastery skill of every troop nerfed to 1.
Bandits riding skill nerfed to allow player to evade capture in early game.
Riot troopers are now properly spawning with a shield.

Debug/Known issues
Added option to spawn items via "Stationing -> Kham's Test Menu -> View all items".
To simplify debuging NPCs, ID numbers were added into their name to ease identification.
Hands may be invisible on twileks and other aliens under certain conditions.
Fighters may spawn under certain conditions without a weapon or clothing when figting in certain arena scenarios.
Some outfits may have missing parts in higher LODs.
Some building may display improper texture on their further LODs, fix to this issue is related to the building overhaul.
!!! Potentionaly game breaking issue - In Freelancer, when reporting to the respective lord when they are in the field, a bug may occur which force you to fight your lord and subsequently locks your game. To avoid this issue, report to your lord only when they are in a planet or station. 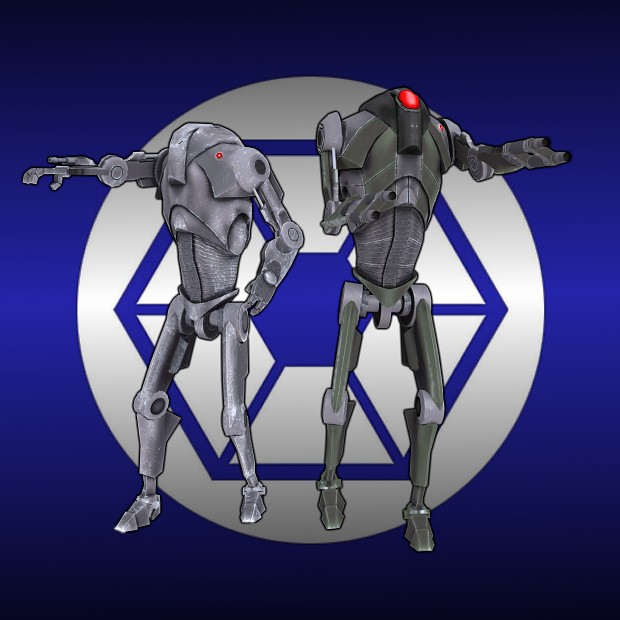 I just played a local battle because I have to work tomorrow and I must say I really loved the graphics and new skins. I'm gonna start a new campaing tomorrow and I feel really excited about that...

damn so many changes! It's awesome!! :D

No way! So excited to play. My favorite mod back in the day! Best part was, rolling around with the alt key. Best feeling ever! Brings back so many good memories.

Bloody hell i knew the cheat item menu would cause this

I have a question regarding the force powers. In the previous version, none of them were functional, is this fixed in this newer version?

I think, you missed one thing... Force in this mod is like bows or any ranged weapon in the game.... you need initiate, knight or master force in order to use force powers like lightning or the force thing...

Congrats! :)
Some quick bug report: some pistols such as the starting westar and the "bandit" pistol don't have sounds (lots of the rifles either and the hip fire animation is f*cked up). A brown civilian coat have wrong shaders. The bar at the cantinas are scaled down and the objects supposed to be on it are floating mid-air ( force trick I guess :D )
Great job anyways!

Is it even possible to recruit more than 300 troops? Defeating a 1000 stormtroopers armyy is very hard

I recruited nightsisters reaper, but if I click on them from the "party" menu, game crashes out.

Some issues in their coding were fixed, yet apparently this didnt fix the issue. For now i can only suggest not hiring nightsisters at all

The other nightsister variants seem ok so far... only the reaper crashes (so far) .

Been waiting for the next big bit of polish. Now's my excuse to give a test version a go. Nice job.

There is still the occassional crashes with particle effects enabled with lots of laser bolts flying around.
Removing particle effects reduces this probability, but u won't be able to fully see the effects of a thermal detonator.

tonight i dont sleep tonight i venture forth ...TO GLORY!!!

Still seeing crashes during battles. Single threading enable/disabled have similiar crash probability. This makes large battles (with CIS) not do-able (with battlesize of 150, there will be several rounds and it will crash at round 3 or 4).

Using WSE loader and single threading, crashes during battles seem to have disappeared ...

Really? Thats weird. But ill let the others know, maybe theres something.

One way to replicate the crash during battles.
1. load ur character with 3x high ammo auto fire weapons (E5, DC15, heavy repeating blaster etc).
2. Get into a fight on the space ship.
3. Rapid fire like crazy, just keep firing, eventually it will crash.

With WSE Loader and single threading, it still crashes, but less frequently though...

After more investigation, I believe the previously reported issue of energy shield is accurate. Go into battle with largely security guards, twi'lek dancers, chiss, squid heads and eventually u will see a crash. I did a proof of concept by changing troops with itm_energy_shield_* to itm_durasteel_shield_* and it crashes have been significantly reduced.

one of the bugs ive encountered is when your taken prisoner, you get the quest enlisted:captured from your self making it impossible to be a freelancer lol.

I am also having this problem, not only that i cant even ask for missions or anything anymore

Idk why but the mod's not showing up in my game

Man this is an awesome mod, I love it!

Its an weird issue with the shooting animation. For whatever reason, it uses pistol release animation inastead of javelin (hipfire firing weapons one)

Thank you all for your hard work! bless! so keen been checking every week on updates and im so keen for this! much appreciation!

When helping a patrol out near coruscant, battle is bugged.
1. fps drops to <20fps.
2. enemy spawns outside battlemap, no way troops can reach them.

When assaulting bespin, u spawn in the middle of enemy troops.

ive just played the new release are you going to add General Grievous at some point or have you remove him for good and with the republic main fleet icon are you working on a ARC or LAAT just curious thanks!

Grievous was yeeted because were getting rid of the Battlefront II models and textures from the mod, we want to make it contain only modder made content, se there are some assets removed

cool thanks for the feedback its really appreciated, are you still working on a whole new model for grievous though? you not going to scrap him hey? please dont

Return the combat system from the previous version

Does anyone know why the toggle weapon ability (Press T) doesn't work?

Yes, we noticed this too. Lets just say whoops

Idk if anyone reported this yet, but there's a bug with trandoshans appearing invisible. Especially noticeable in the tournaments, but it's also an issue in character creation screen.

Hi im having a problem in my game. I got captured now i have a quest saying im enlisted:captured and its now preventing me from saying anything to anyone other than "i want to talk about something else" which is preventing me getting any missions or doing anything really