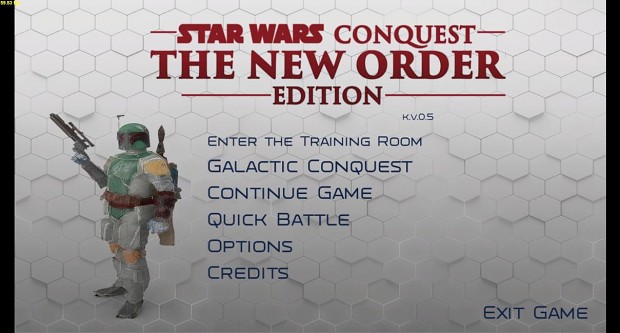 So, after being more or less dead for a couple of years, Star Wars Conquest is now returning to development under a new team lead, Khamukkamu. So far this project has shown great promise, and while it still has much work ahead, already now it is far better than old Star Wars Conquest ever was.

Here is a link to the ModDb page if you missed it in the description Moddb.com

DarthMongol sorry to bother man i know you thinking of giving up on this project and was wondering before you do could you please help fix the head hunter missing texture? thanks man i appreciate what youve done with this mod and hope all your work get carried on to new order

Great news! Thanks for the update.

no longer working on a clone wars mod?

For the moment being focus is on SWC, as stated, it will be used as base for Turmoil aswell so making the base as good as possible beforehand is a task that will end up benefitting everyone in the long run

After Swyter ported Star Wars Conquest to Warband, he more or less stopped developing it and went on to leave it behind, moving to other tasks in life, thanks to his conversion, we were able to move the TAS module to Warband aswell

However this port wasnt perfect by a longshot, as admitted by the man himself aswell. So, working Turmoild Across the Stars module on that base has been quite slow, as much of the time has gone to fixing issues instead of actually developing the module further.

However, Khamukkamu, well known for his work on TLD module, managed to make a better port of Star Wars Conquest, basing it on the Diplomacy mod. The mod's page is now opened here, so you go there for more information on this project
Moddb.com

Why im am posting about this here, is that we will ALMOST certainly be using this new, improved base for Turmoil Across the Stars, and this is nigh certainly guaranteed to make the module more stable, better functioning, and less limited in options, as the Diplomacy mod brings in many new features and being a much better port it is also much more stable (i have managed to crash it once in testing, intentionally).