ATROPHY: XCIX is a first person action horror adventure that takes place in an abandoned hospital in the north of England. You will play as a high ranking officer supervising a patrol on the outskirts of a small town.

Several years have passed since the fall of the Combine and in its wake normality is slowly returning to the world. Towns have reformed, people have come back together and are beginning to thrive ... but danger still lurks. Disconnected bands of Combine soldiers still cause terror wherever they are found and the nightmare creatures they brought with them still hide in the shadows.

Reports are coming in that people have been going missing in the smaller camps and rumour has it that the Combine may be be involved. Your task will be to patrol this area and make sure nothing untoward is occuring. But be careful, there are worse things creeping around in the darkness than the Combine ... and what does any of this have to do with the events that occurred aboard TITAN: XCIX?

Developed single-handedly by Robin "IZaNaGI" Molde (TITAN: XCIX, Jailbreak!: Source, Survival Mod II for JK:JA), Players will face many challenges that will test their trigger fingers as well as their survival skills.

ATROPHY: XCIX will be available to download in the coming days/weeks.

Titan: XCIX is a first person adventure that takes place aboard the ill fated star ship of the same name. When an accident rips apart a lone ship on a routine mission the crew find themselves fighting for survival and each other in a unique Single Player experience that's been in the making for the past two years.
Humanity is at the point of extinction when a terrible accident destroys the majority of life on earth during what is now known as The First Contact Event. Although official contact had been set with very strict Quarantine rules, unsanctioned contact between the Human populace and Vaedran Trade ships meant that diseases that originated from Vaedra were easily passed to the people of Earth, causing a catastrophic chain of events.
The people of Vaedra (a long lost offshoot of Humanity), racked by guilt gathers up what's left of Human civilisation and over the space of many years, slowly integrates them into their own society to give them a better life away from the wastes of Earth.

But life is far from better, hospitality soon turns to indifference and intolerance, eventually pushing Humans to the outskirts of their new home. Their only choice is to work in the jobs nobody else wants, where they can be secluded from the masses. Deep space mining and working among the Vaedran shipping lanes between the colonies forms the basis of the United Human Remnant (UHR), a group that gives homes to Humans and Vaedrans alike, among the stars.

Among these "homes" is Titan: XCIX, a previously decommissioned trade ship donated to the UHR for the purpose of allowing Humanity to sustain its own trade routes. Work aboard Titan is slow, cramped and often dangerous, but the allowed independence more than makes up for the conditions aboard the ship.

But even on the fringe of space, bad blood boils ...

Developed single-handedly by Robin "IZaNaGI" Molde (Jailbreak!: Source, Survival Mod II for JK:JA), Players will face many challenges that will test their brains rather than their trigger fingers. Follow me on Twitter for more up to date info, and even an occasional work in progress Screenshot or Video.

Winner of ModDB's Editor's Choice Creativity Award (Most unique use of gameplay/game direction) in 2011.

Hello again everyone. Today is my Birthday (YAY!) and subverting the norms I will be releasing a gift to all you avid Half-Life 2 and TITAN: XCIX fans. Let me introduce ... ATROPHY: XCIX ... 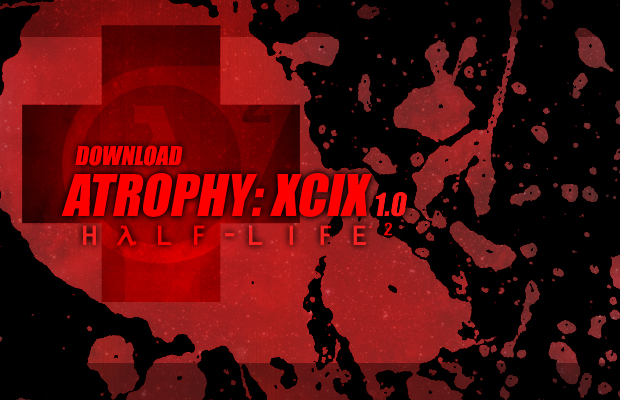 ATROPHY: XCIX is a first person action horror adventure, set in the Half-Life universe, that takes place in an abandoned hospital in the north of England. You will play as a high ranking officer supervising a patrol on the outskirts of a small town ... but what does any of this have to do with the events that took place aboard TITAN: XCIX?

Where TITAN: XCIX focused on exploration. ATROPHY: XCIX focuses on survival. This mod features a new gameplay system that I call 'Bleed Out' where the player must constantly be aware of his/her health as it constantly ticks away. This is due to an injury the main character will sustain early in the story. Find health kits or risk ... bleeding out. This system is also tied to a unique monster spawning system where whenever the player is hurt (including through bleeding) more monsters will spawn inside the map to hunt, compounding the main characters problems. Will you survive ...?

A lot of love, and attention has gone into the making of this mod and I hope people enjoy playing it as much as i have enjoyed putting it together. I hope it was worth the wait for a new chapter in the series. 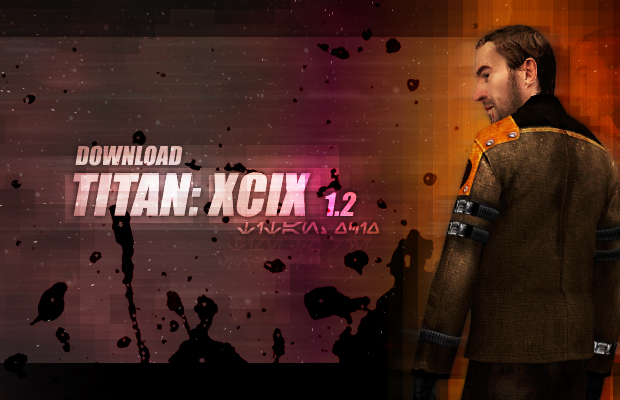 This new version contains more fixes to the mod, including further grammatical updates, fixes to some small inconsistencies related to ATROPHY: XCIX and adds some small art updates. It's worth taking another look if you haven't played for a while. 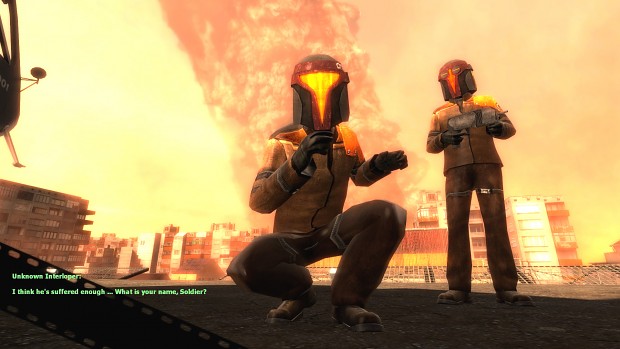 Also if you have enjoyed playing either TITAN: XCIX or ATROPHY: XCIX ... maybe consider a small donation. It's not necessary and I don't expect anything at all, but it would go a long way!

Thanks for sticking with me all these years and I hope you all enjoy!

Announcing compatibility with Source SDK Base 2013 (Singleplayer) as well as the mods future ...

That's right Titan: XCIX - Part ONE is complete and ready for release, so head onto the download page now or alternatively download direct from Desura.

More news of the impending release of Titan: XCIX - Part One, which includes a gameplay preview.

Hello again everybody, i'm happy to finally announce that the mod is nearing completion and will be available within the next couple of months.

This is the .zip version of ATROPHY: XCIX 1.0. ATROPHY: XCIX is a first person action horror adventure that takes place in an abandoned hospital in the...

This is the .zip version of Titan: XCIX 1.2. This file is is an updated version of TITAN: XCIX with some smaller bug fixes and art updates.

This is the .zip version of Titan: XCIX 1.1 finally fixed for Steampipe and Source SDK Base 2013 Single Player.

In celebration of ModDB MOTY 2011 I am releasing the majority of Titan: XCIX - Part ONE's Source Files to be used by other developers in any fashion they...

Russian subtitle support for Titan: XCIX - Part ONE created by Binocl. Install in the (default) C:\Program Files\Steam\steamapps\SourceMods folder. If...

Out of date!! Please download Titan: XCIX 1.1 instead. In order to enjoy Titan: XCIX - Part ONE fully in 16:9 you will be required to also download this...

What happened to the Crew Of Pecking Crows?

Here is some gameplay from the Atrophy: XCIX mod, feel free to use the footage for whatever!

Atrophy was a great short mod. It was interesting how you tied the original game in with the Half-Life universe.

What was the giant smoke ring in the last map?

Glad you enjoyed it.

I am now downloading 2 mods at once.

Played the old mod and was suprised about this new one!
Thank you!
Full Walkthrough:

What's up with that smoke ring in the ending map ?

Quite an interesting piece of work here. Titan: XCIX has a well written classic Sci-Fy genre story-line, well constructed and visually artistic ( nice work on the text also btw ). A refreshing change of pace HL2 mod. "...Players will face many challenges that will test their brains rather than their trigger fingers..." That being said; I'm a big Sci-Fi fan ( hell, I'm playing Deus Ex again right now ), so I can appreciate the mod more in the sense of it's entertainment strength being more in the…