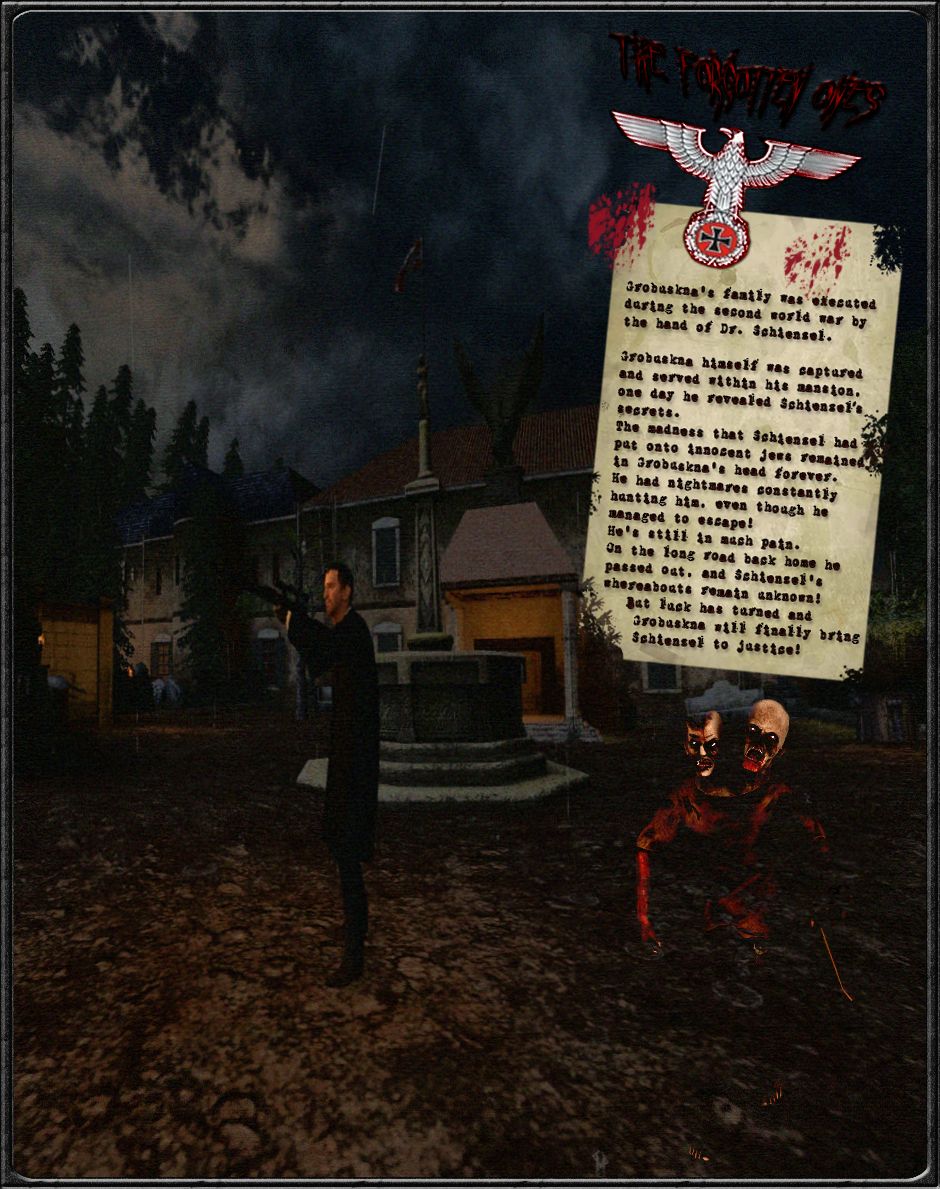 The Forgotten Ones Major Update

Please post anything else in the 'Bug Reports' section!

It is over a year ago since TFO got on Steam, it received harsh critics mainly because it had PewDiePie references and it was rather hard. I intended to add more stuff in this update, time is not on my side unfortunately. The next version of TFO will most likely include the sequel, stay tuned for more.

I've also released the source code on my GitHub page for those of you who'd be interested in learning/using some of my work.

The Forgotten Ones has been Greenlit!

TFO will finally come to Steam, this gives me much motivation to redo a lot of things before TFO will be released as a standalone game!...

The Forgotten Ones has been converted to SDK 2013 which has resurrected this mod, memory limits and fps drops has been wiped out thanks to the engine...

The Forgotten Ones has been converted to SDK 2013 and will be released soon!

The Forgotten Ones Version 2.2.0 is out!

Yet another fix, this time it clears out the last remainder of hair ripping issues!

The Forgotten Ones has been converted to SDK 2013, this has solved all crash related issues. No hacky workarounds has not been needed to make the mod...

The Forgotten Ones Launcher

How to fix "Bad inline model number 27" at savegame loading?

There are plans to make Russian subtitle?

I'm so glad to see that you managed to work with all the criticism you've been getting since you released the mod towards a way of improving every aspect of it. I'm always cheered up when i find out that there are people that still care about what the community thinks, even if the community members happen to express their thoughts in a very rough way :)

Yes, the early game melee weapons are not very powerful. I don't think they are meant to be. If the enemy corners you, the game is over, reload and try again.

Once you get to the mansion and find better melee weapons, you will find they work much better than the firearms, ... at least that is what I have found.

Good work Pretador, I can tell you have worked hard on this. Kudos to you.

Thanks mate, I hope you enjoyed the mod!

In the new version melee weapons have been replaced with weapon bashing, it will do some damage + push the enemy back.

see above comment. the game has many different melee weapons, which one do you mean?

This mod certainly feels like it was made quickly, free font, quickly made textures in photoshop, bobbleheaded monsters, lots of load screens (poor optimisations?), the view bob (particularly when getting hit) is kind of ridicolous, I get stuck on things to easily making navigating quite tiresome. I really think you should have spent more time on this before bringing it out to mass consumption on steam, and I also think that pewdiepie "Easter egg" if you could even call it that should probably have been hidden away.

@TheUnbeholden: The loading screens had nothing to do with game optimization. I believe the loading screens were intentional and served to inform the player which part of the map they were entering and for some, it may have helped them to avoid getting lost.

Getting stuck on things, ...hmm, never had that problem. I was able to easily navigate the map, jump up on objects to get away from enemies, retrieve objects and operate devices.

@Pretador: A Steam Greenlight? It appears that, as a single author, you have done a great job. Certainly some things can always be polished and tweaked, but overall, a very good story.

I thought the lighting and sound design to be very well done.

I think I have the Moddb version, is the Steam version different?

The loading screens were made for atmospheric reasons + helping the player navigate yeah.

As for your question @Buff, the Steam version is different.
The Steam version has quite a bit of stability fixes, some new graphical design, changes in the inventory and so forth.

There's a big update coming up as well, hopefully in July/August this year to mark our 4 year anniversary! This update will not be released on modDB but on our standalone game on Steam.

Have you played the latest version?
The mod has been under development at least since 2011 but I agree there are still flaws that bring the mod down and can easily pull your attention away from the things that may have been good.

Single Player
Tags
Embed Buttons
Link to The Forgotten Ones by selecting a button and using the embed code provided more...