This is NOT An Upgrade to UU1.0 or UU1.5, you MUST start with a Fresh Clean unmodded Legacy install. If you try installing over UU1.0 or 1.5 you will CERTAINLY have problems! This is part 1 of a 2 part installer. Be sure to grab Part 2 of 2 as well, both are required!. UU2.0 is a FULL INSTALL.

Now that's out of the way. You will find a new menu structure, more
races, enhanced missions, the new Vs Armada, and Instant Vs modes. As
well as the new "Exploring History" mode which is a mostly non combat
mode that explores Earth and Mars development from the NX-01's time to
the Ncc-1701F.

Great new intro, loading screens and main menu
graphic by Mindwipe. Three interviews with the CoWriter of the Stock
Campaign Derek Chester sone by Mindwipe himself and a TMP Theme music
vid with Mike Shaw. Rebuilt mainmenu by Muldrf. Enhanced Explosions and
weapon effects by Miri as well as some nice new Glow work on some of
our favorite starships. New Terran Empire ships by Nix and new Section
31 by Gan as well as some other offerings. Additional ships by Maxloef.
New Map Editor menu structure with easier navigation setup by Tjoz with
nearly all flyable 2.0 ships as well as the stock components. A fair
number of ships by MRJohn have been added. And lets certainly not
forget DJ Curtis's beautiful Century and Vivace Class starships.
Enhanced UUTools utility and the new LMTools Modding Utilties have been
released as well, also the Legacymissioneditor is included although the
LMTools has full mission building abilities built in. I have included
the Modinstaller for good measure for any aspiring modders out there
who might find use for it. 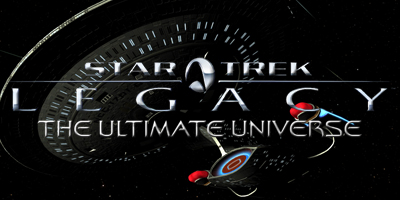 there is a problem with the file dowloads of part one and two they are both corrupt files at least for me :(

its only change the title screen .. rest of the game will crash

Is the camera angle patch still around? All links i find are dead and I do not like the camera being off centre.

The camera can be switched with the UU Tools Launcher. There is an option in it along the right side to switch between the Offset and Centered camera view.

There doesn't seem to be an option for the camera view available at all, unless I'm looking in the wrong place.

Maybe have you downloaded part two.?

Does anyone find the download for parts 1 and 2 stop at 640mb? I've tried IE10, firefox and download managers, could be my hub, but it is frustrating as the mod looks great!

Damn, so big, I'm going to have to wait until I get a decent connection.

it keeps saying failed system busy on chrome for me...

how can i tell if it finished install? will it just show in my files?

it keeps sating its corrupt, but my install is clean... oh and ignore my previous comments, ive resolved those.

^^^resolved... but occasionally experiencing random crashes, not often, but at annoying times.

How come only certain things can be pressed on the tool box?

Works pretty well, I noticed it crash when I tried to enable homing torpedoes, but that's about the only real bug I've seen.

I cannot install part 2 of 2, says that is not abiavle, then I tried again and this time it starts, but showsme some data are corrupted, once and once again... Every single download of part 2 of 2 is damged... at least for me, any help?

Still showing me errors at the moment of installing, what can I do?

I've installed everything that was required for the mod to work. The mod is dead. As soon I open the legacy game, it immediately crashes. Can I get some help please?