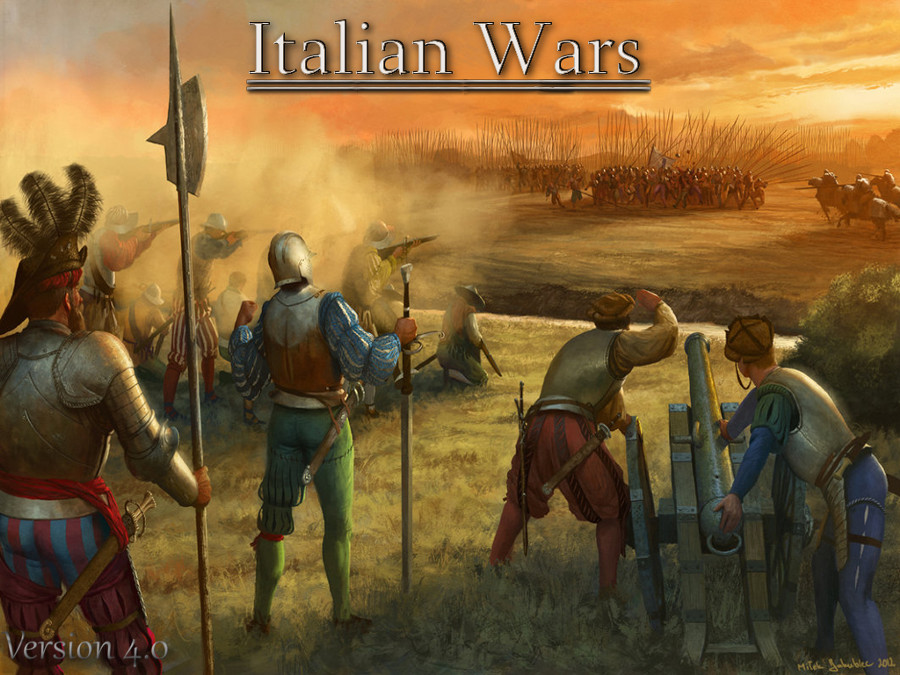 years have passed since the Duchy of Milan and the Republic of Venice agreed on the shaky peace of Lodi.
Now, with the invasion of the French king Charles VIII., This phase of prosperity seems to end with a hammer blow.
Doubtful claims on Naples and the Duchy of Milan led him and his many soldiers on the peninsula.
But he is not the only one who casts covetous eyes on the richness of Italy.
Although the Republic of Venice loses ground against the Ottomans in the Aegean Sea, they gain new possessions but at the expense of the emperor in the north.
He is just concerned about securing his Burgundian inheritance, must now also march to the south, if he wants to preserve the imperial authority.
At the other end of the boot, Sicily and large parts of southern Italy are under Spanish rule, which competes with the corrupt popes for power and land.
Located in the misery the Duke of Milan has actually lost the battle, it seems that his opponents are too strong. His only hope seems to be the dreaded Swiss mercenaries.
But they seem to have their own plans and won't miss their change to prove their power.
On the edge is the Hungarian Kingdom that arms itself against the onslaught of the Ottomans.
Die Italienischen Kriege - 4.0

Thanks for voting and helping The Italian Wars on it's quest to become the 2021 Mod of the Year. You are now in with a chance to score some free games from our #modlove collection. Help this mod secure more votes by embedding the widget (or link) we have included below on your favorite sites. 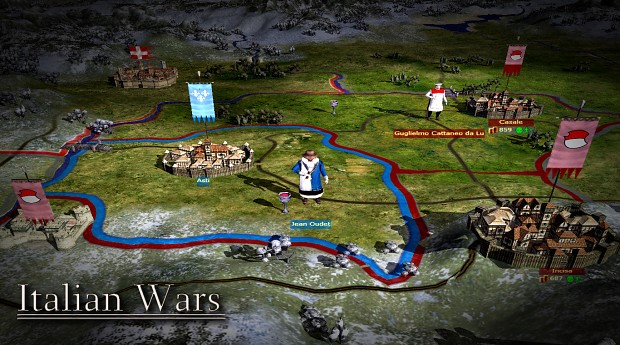 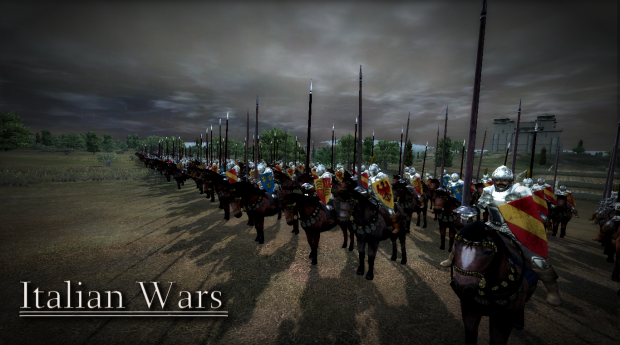 This script will redesign the gameplay you know and bring even more realism to our mod, the Italian Wars - Ultimate.

A year has passed since the last update! Enjoy now one of the newly added major features of the Italian Wars - Ultimate - The Capitano di ventura script!

My journey as a modder has come to an end. Though I'll have some good news for you at least!

Work has been on hold for several months! Here a brief update on our current progress!

Latest version of the mod (september 2020) - The Italian Wars Ultimate v0.7.1 by Anaerin and his team.

Latest version of the mod (september 2020) - The Italian Wars Ultimate v0.7.1 by Anaerin and his team.

It is wonderful to hear my voice in turkish lines but i wish i spoke louder. All others have louder voices.

I get the error message each time I restart a campaign after saving it. Any fixes?

Still need a hotfix, please. Where are you my lord? My lord!!!

Can we recruit elite swiss pikeman in campaign? I cant get em.

Hi, around turn 8 (winter 1494) I always experience a ctd after pressing end turn. First playing as Florence and then as the Republic of Venice. It says that Medieval2 has met an unspecified error and will now exit. Any advice on what to do?

I get the same, I made it to turn 52 in my first Florence game but since then it always crashes at turn 8

i had prob when installing this mod. I extracted all .7z files and following the instructions but i saw a message :"File corrupt or unreadable data\fmv\event\papal_coronation.bik . How can i deal with it?

Anyone can help?? PLease my lord, where are you?

I have the same issue, but I didn't extract 7z files.

This mod is awesome!

* the new factions will be great, i feel alone when play how Ottoman Empire