The long road to the 2.04 release has ended. 2.04 is the culmination of over a year's worth of bug fixes and feature additions. We have cured a number of nasty mission breaking crashes and hope that this will be the smoothest TDM experience yet.

The original plan for The Dark Mod 2.04 was very ambitious.

No fewer than 4 large skunk-works projects were put into motion to bring about massive changes in the game\engine and produce oft-requested features and content. In addition, our community donated massive amounts of textures, models, prefabs, sounds, etc. during the development cycle. All of this increased workload arrived around the time that the core developers were less able to dedicate their free time to the project.

As the 1 year mark from the 2.03 launch approached it was decided that too many critical code fixes and refinements were being kept from players while these gargantuan projects lumbered slowly towards completion. Parallel to this sequence of events, Grayman broke his own vow to take a hiatus from coding (to work in the William Steele missions) and decided to address some issues found with coordinated AI searching in 2.03. Because untangling the assets added for some of the unfinished projects would be a project in itself, it was decided that 2.04 would primarily be a code fix release with only a few assets to go along with renderer fixes.

If you’ve been following along in the forums, you’ll no doubt be aware of a few patch executables that were floating around. These were in one way or another previews of 2.04 with the most commonly downloaded one called the “De-Clunking patch” or “De-Clunking mod”. A full changelog can be found Here.

The changes in 2.03 caused AI to develop a choke-off pattern to more accurately reflect how people in groups would coordinate a search effort. It was found that this change often caused AI to remain stationary around the last known whereabouts of the player (causing the player to wait endlessly for the cool-down process). 2.04 now prompts isolated AI to move around more and investigate hiding spots within a radius of the alert region. This will give players more opportunities to make daring escapes or maneuverability to better reach a point of advantage to the AI.

Even the TDM team developers were surprised to find that no prior release had code support for AI noticing dropped weapons. This has been added so now all your weapon hiding antics are meaningful as expected!

Grid Based Inventory option:
We were fortunate to gain a new mouse navigated grid-based inventory manager thanks to a new forum contributor, Durandall.Thank you! To activate, bind a key to _impulse30 in the console or Darkmod.cfg. For example -

Pickup up stuff without clunking:

In previous TDM versions, players would often create unintentional alerts by clunking candles, bowls, or other moveables against the table-top when trying to lift them. This became so frustrating that Sotha and Goldwell began using stationary snuff-able candles in their missions to avoid this scenario. Now the grabber more smoothly moves objects into manipulation range and with a middle-click centers them on the screen directly in front of the player for easier manipulation.

While developing breakable display cases for an upcoming mission, it was discovered that the whole breakable system was in poor shape. Crack decals would disappear after a small amount of time, rotated models would spawn pre-fractured, objects thrown through glass with zero-health would simply pass through without shattering it, and the fracture code itself caused a memory leak and save-game crash. SteveL spent a great deal of time sorting out these problems and updated the glass shader rendering as well.

Along with SteveLs rendering fixes, AluminumHaste repaired or improved many of the stained-glass materials. Finally, I (nbohr1more) improved the flask glass shader (using fixes discovered by Obstortte, Arcturus, and AluminumHaste).

One of the oft-mentioned visual annoyances has been decals that seem to pop over distant objects rather than staying on their associated surface. This was tracked to OpenGL depth offset range behavior. It seems that Doom 3 has this set to an absurd 600 units (probably to work with DepthHack particles, which are a precursor to soft-particles in modern engines). 2.04 changes this range to reduce or eliminate this problematic behavior. This will also reduce the likeliness of z-fighting in missions and save on some overdraw.

A new quicksave safety system has been implemented. Save files are now written with alternating filenames rather than repeatedly overwriting the existing file. For a variety of reasons, the host OS has run into problems with rapid requests to write and overwrite these files leading to either corrupt or lost saves. The new system should be far less prone to this. It currently alternates between two files but can be set to any number you prefer with the com_numSaveGames console argument.

While not a huge jump, it was found that particle bounds were determined via a lengthy Monte Carlo simulation. This has been scaled back to a simpler bounds calculation resulting in shorter map loading.

Sound values are now prevented from being sent to the audio device with negative volume (invalid values) causing popping sounds. A new override system allows mappers to replace the ambient sound easily with another sound of their choice.

Thanks to the hard work from folks at the Darkfate Community, we now have better Russian translation and fonts.Similarly, the Romanian translation has been fixed to remove characters which do not have associated fonts yet for a more legible Romanian interface.

For the past few releases, freyk has been creating a GUI installer tool to assist users who are not good with portable file setup in Windows or address dependency issues in Linux. We are now adding this tool to the official installation page as an alternate option.

As with any release, general bug fixes have been addressed. Of major note is the Card Player savegame crash, breakable savegame crash, AI scooting themselves out into the void, and a fix for a memory leak in the SEED system. Logspam has been significantly reduced in both the LOD\SEED system and in DMAP compiling leading to dramatic performance improvement in the latter.

As with all TDM releases, savegames from previous releases are not compatible with the latest release. Please finish you current mission before upgrading or you'll have to start over again.

PCGamer has awarded us number 2 on it's best free PC Games listing!

Volta and the Stone 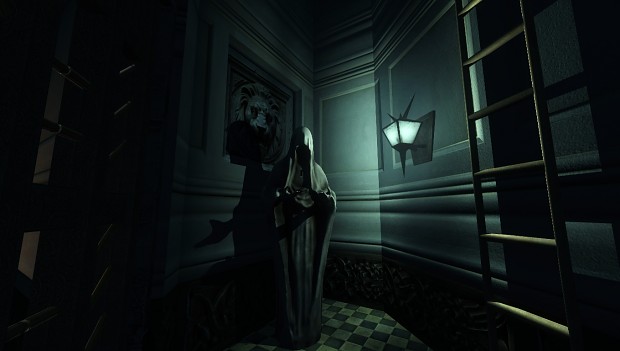 Hot on the heels of 3 stellar mission releases

This one has the top Thief communities (The Dark Mod, TTLG, Darkfate) speculating that Kingsal is a professional level designer who decided to grace us with his work. However we were blessed by this creation, the players are certainly appreciative of it. 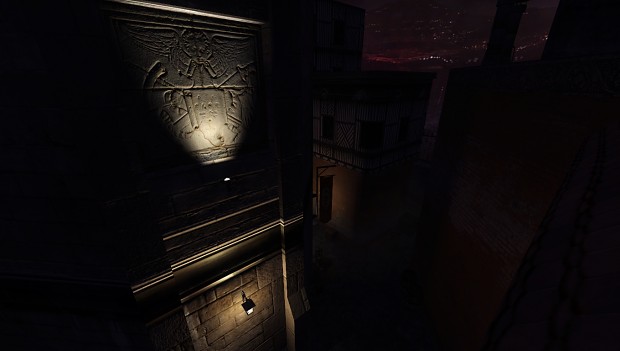 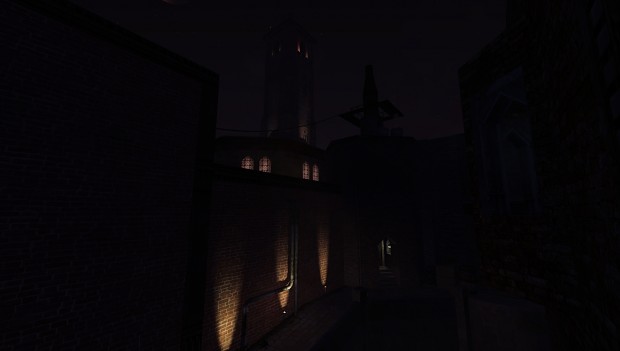 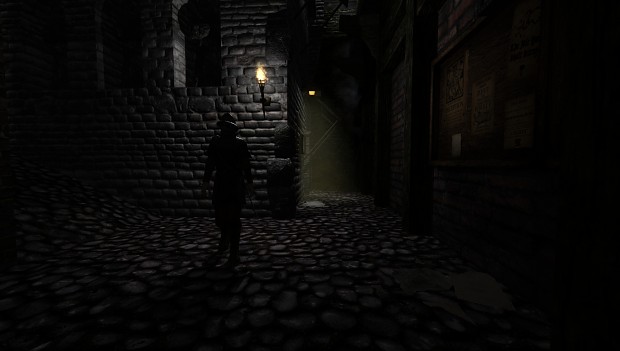 Melan and Bikerdude have teamed-up to release the (hotly anticipated) 3rd installment of the Penny Dreadful series.

It's a sprawling city mission that rivals or possibly exceeds the enormous "Crucible of Omens: Behind Closed Doors" in size and scope. If you are a roof-top junkie this is the mission for you. 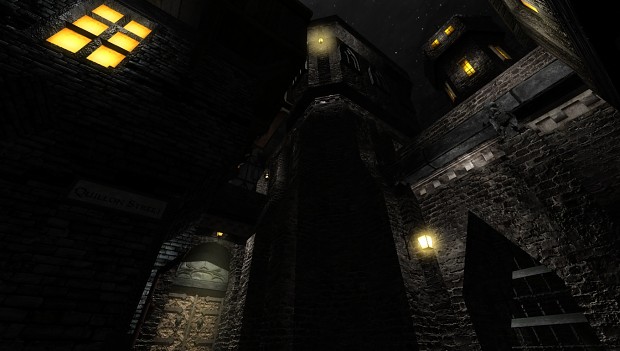 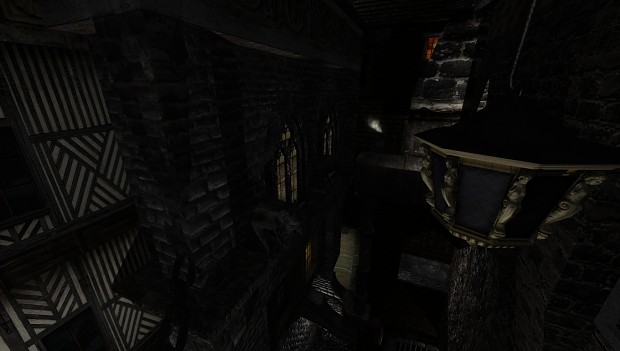 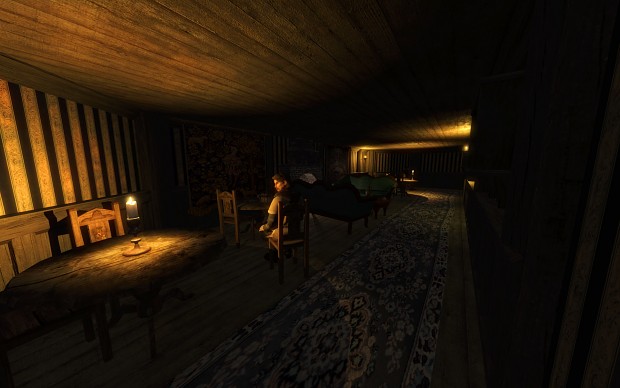 A sad note. It seems that our promising new author Airship Ballet has decided to retire from mission creation. This last release was overlooked in the wake of the Crucible of Omens announcement but it's a great little mission with Airship Ballet's typical penchant for clever game-play design. Hopefully we can lure her back for at least one more mission release but the body of her mission work and her asset contributions do not go unnoticed! Cheers to Airship Ballet wherever she has gone! 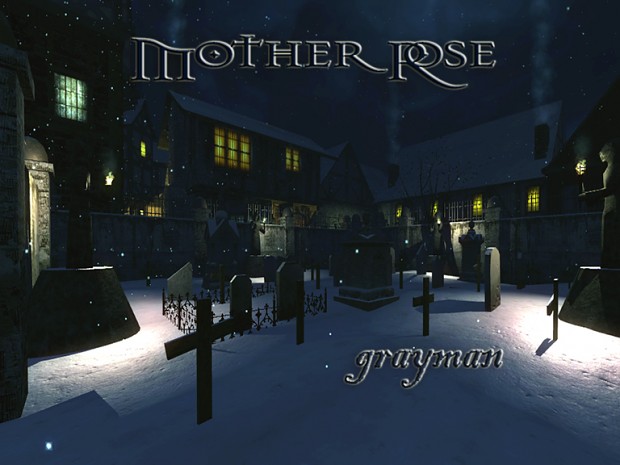 Originally intended for the Halloween Speed-build contest, this overdue mission was completed in January by none other than our lead coder and the author of the outstanding William Steele series Grayman.

We hope that all contestants stick with their mission releases even if they are tardy!

A genuinely scary mission that has all the quality hallmarks you've come to expect from Grayman in a snack sized play-through.

One of our community members (BucleBean) figured-out how to get TDM working in VR. You'll need a fairly strong system for this to be enjoyable but the dream is alive:

Perhaps someday, the VR work done in a few of the Doom 3 forks will get merged and we'll have native VR support?

Another community member (Hiradur) found that better positional audio is possible with a new OpenAL wrapper:

Not content just being an awesome voice actor and mission author, Goldwell decided to look into getting EAX working for all users. We are working on a 64-bit build with an Open Source replacement for EAX but in the interim, here's an option for all you EAX reverb junkies:

Thanks for all your work, game is awesome!
It should be available on steam as a freebie, if license stuff allows it.

tdm_update.exe only try to update itself and than restart again, again and again... (Win10 64bit - Admin etc. dont work)

When you launch tdm_update, click the Advanced button and then select "keep mirrors" and "do not allow tdm_update to update itself" then retry the update.

One of the best mod, later became a standalone game, I've seen in my entire gaming life and it's still getting better. Congrats guys.

I'd rather wait for Darkmod than Half Life 3, screw that game!

The directional audio sucks unless you use force OpenAL for TDM (config), make sure audio is set to stereo in TDM options, the sound quality is 44.1 or 48 kHz set in your OP sound options [in w7 its playback devices, advanced speaker properties], and use OpenAL Soft with HRTF enforced via the alsoft.ini in your appdata root folder: Forums.thedarkmod.com

I take it that to expect a maintainer upload of the update package to ModDB (or simply to be allowed to access maintainer download servers by browser) would still be to represent the worst of gamer entitlement as it was when I was uploading update packages last year?