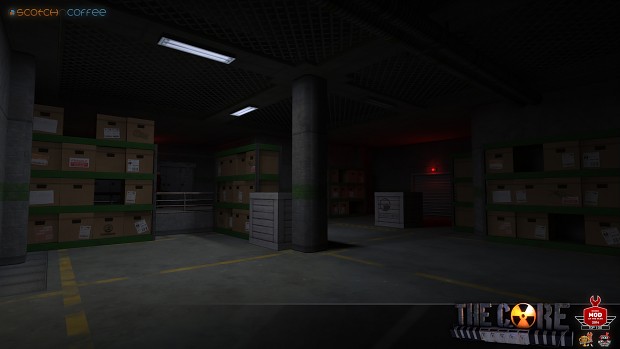 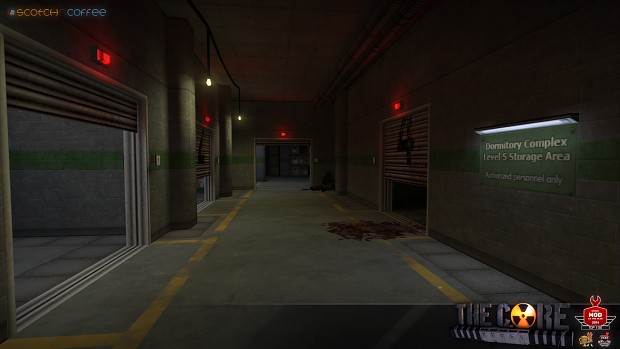 I'm happy for you man! That sounds like a great opportunity!

Living the dream pal! Looking forward to seeing what you put out in the future.

I've chosen to usually be silent, besides posting reviews and my playthroughs, but not this time :

being a mod developer is a free hobby which for some of lucky ones, can be the first step before getting into the world of retail games.

I'm of course always a bit sad - for us, the players - when I hear news like that, but, for you who have put so much work and skill in this project - among others (TWHL Tower 2, etc... I've not forgotten Ruled by Insanity :D), I'm really happy, also for such a great studio as 3D Realms, that's really a lifetime achievement.

Good luck for your new projects, you can be proud on what you did (and what you'll do).

Thanks DarkShift. You've been around for as long as I can remember and it's always good to hear from you. I'm very grateful.

The Core will release one day, and hopefully shortly after, appear in a full playthrough video on your channel. ;)

Not gonna lie, was angry to hear it's been delayed AGAIN but a job at 3D Realms?! WOW, lucky you.

Still gonna watch this like a hawk and wish you the best, dude

Probably the best news I've heard of regarding a Mod getting delayed, this sounds like a hell of an opportunity, Urby!

Sucks that the mod is gonna be put on the backburner for a bit but these new projects sound exciting!

Yeah, I can definitely relate... It's just not easy when you're no more than at least five devs. (Are you tho? xd) Just put bread on top and you'll get it through free time.

I am very happy for you, I hope the best for your future buddy!

So this mod is postponed?

Glad for you that you got a job at 3DRealms, and I wish you good luck as well. :)

about time they give you a job

I can only agree on with my previous writers especially @DarkShift who nails it spot on. Good luck to you @Urby it's a well deserved opportunity for you.

I just hope that 'The Core' will see day light one day. Having witnessed such things before I know that words are written fast but ambition can fade easily due to exhaustion etc. how ever I won't paint the devil onto the wall.

So once more best of luck to you and your family. I can imagine it ain't easy raising a toddler and fulfilling two jobs + caring for your wife all at the same time.

You got me more hyped on that Core Decay game than on The Core. Damn, it's so great that a talented man as you will get to work on a really cool game.

Damn it, Urby. You really need to get your priorities straight! We, THE COMMUNITY, demand that you finish what you started and give us The Core, a MOD you've poured hours and hours of your personal free time into and for which we shall not pay you a dime. Afterwards we might give you a thumbsup or an average moddb rating and an 'that was pretty ok'. AND YOU WILL LIKE IT.

This 'getting hired by a real games company' is just another EXCUSE to not give us what we have been waiting for FOR SO LONG. Even though you totally deserve that job because you are a very talented designer, we cannot just stand by and watch you stop giving up your free time. We demand you stop getting a fair wage for your work and get back to work for us for no compensation whatsoever!

Attention! Notice the sarcasm! (a hint for people who do not understand such things. Yes, there are such people. Many.)

Nice, congrats Urby!
We've all been waiting for The Core a long while, we can wait a little longer :)

Congrats on your job! Well deserved :)
Take your time with the mod, but please do not forget about us and your promosing project.

"Quite a nasty piece of work you managed over there. I am impressed.

That’s why I’m here, Mr. Urby. I have recommended your services to my employers, and they have authorized me to offer you a job. They agree with me that you have limitlessssss potential.

You’ve proved yourself a decisive man, so I don’t expect you’ll have any trouble deciding what to do. If you’re interested, just step into the portal and I will take that as a yes.

Otherwise...well...I can offer you a battle you have no chance of winning. Rather an anticlimax, after what you’ve just survived.

No but seriously it's only fair that you get noticed and rewarded for your talent and all hard work put into this mod, so God speed with the new job and the new projects you get to tackle! We will wait for whatever time it takes for The Core to be in a complete state, and I'm sure that the professional game dev experience will ultimately also benefit the mod.

Whoah! Nice! You working on any build engine stuff?

Good luck and Congrats on being hired by 3DRealms

All the screenshots you provided so far tell me you totally deserve the job. Congratulations. And thank you for not cancelling the mod. For me it doesn't matter if it comes out 10 years later. Please finish it.

This is fantastic news - I have wishlisted Core Decay and wish you all the best :)

What a way to announce two games at once! :D

I will be following 3DRealms and Core Decay.

congrats man for getting a job on 3d realms

Congrats for being an dev in 3d realms!

I think you made a wise choice about accepting as you are worthy of it.

Congratulations! I know how hard it is to get a job doing what you love, and to be headhunted is the ultimate compliment for anyone. It's always a shame when mods like this are delayed, but it can't be helped. But just think how long we waited for Black Mesa ;)

Goddamn! Congrats on the job dude!