The Art of War

The year is 2012. A next-generation conflict is about to unfold...

Ukraine has expressed its personal desire to join the European Union, with Russia’s furious opposition, since Viktor Yushchenko’s election as president in 2004. Despite Russia’s warnings that it “would be forced to take action” if Ukraine indeed joined the Union, in February 2012 Ukraine had met the three economic goals for its induction into the EU and was set to join in the succeeding months.

Tragically, it turned out that Russia, who had made false threats before (Ukraine’s joining of NATO in 2010) was not bluffing this time, three warning SSM missiles hit the Polish countryside, accidentally killing twenty people. The response from Brussels was (unlike the normal docile European diplomacy) much more threatening, an immediate warning was given, if Russia wanted a war, they would get a war. 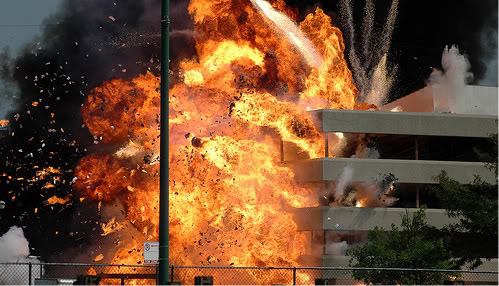 The situation appeared to calm down until the Spangdahlem Incident the next month.
A group of Russian spies were caught while trying to sabotage equipment on a NATO base in Ukraine and were arrested, they were taken on a flight to Brussels for questioning.

However, when flying over Germany the flight was intercepted by American F-22’s and ordered to land at the American Spangdahlem Air base, the European Army was quickly informed of the incident and infantry and tanks quickly surrounded the base, demanding that the spies be restored to the relevant authorities. According to European President Tony Blair:

Anyone caught interfering with European matters, must deal with the strong, proud and intelligent people of Europe, not the interfering Americans.


The siege continued for two days until the American Military ordered warning shots to be fired, these shots were misinterpreted by the Europeans as an attack, resulting on a direct order to assault the base by the European Military. During the attack twenty three American soldiers were killed, and over a hundred were arrested. The spies were then put on a flight to London for further questioning.

The American government was enraged, harsh verbal warnings were given to each other within the next twenty minutes, then the Americans again intercepted the London Bound flight and ordered it to land in Brunssum, the Netherlands.
The European Air force then retaliated by sending a squadron of Eurofighters to the location and shot down the flight escorting F-15's.

All U.S troops must leave European and Ukrainian soil within the week.

The ultimatum expired without a single American soldier leaving European soil.
Russia made sarcastic diplomatic comments to the EU, and jeered at the Europeans - who still hadn’t acted.
However an hour later every American and NATO base in Europe and Ukraine was stormed by the European Military, resulting in several hundred casualties, the destruction of American military equipment and assets and the capture of surviving military personnel, President Blair said in another statement:

Violence is never necessary, but in the face of an interfering and arrogant, so called 'ally', there is no other option. 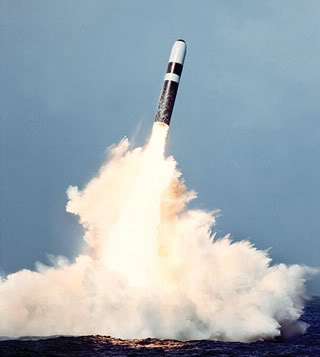 Missiles from American submarines in the Gulf were launched at European bases in Turkey.
This angered the Europeans to an extent where they decided to retaliate with their own missiles, those weren’t destined for American soil, but at American spy satellites, causing billions of dollars of damage.
A declaration of war was made by the Americans on the European Union the next day. Meanwhile, on Ukraine's frontier, Russian tanks rolled over the border, determined to stop the next month’s succession of Ukraine into the EU, this was met with hostility by both Europe and the USA.
Europe declared war on the Russians With President Blair saying:


The US responded to Russia’s attack on Ukraine with an Ultimatum of it's own:

Either Russia leaves Ukraine immediately or the United States of America will declare war. 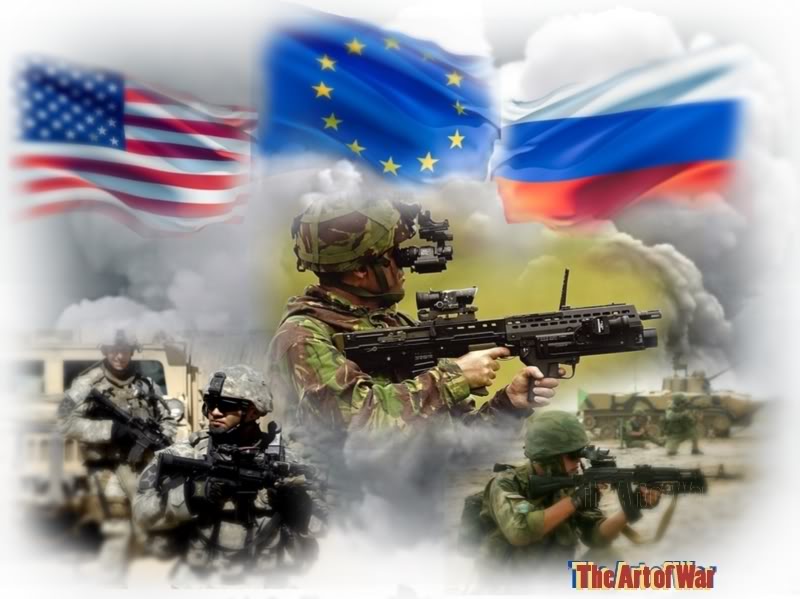 
If you would like to contribute and help the mod team with The Art of War Project please contact me at Marc15yo@hotmail.com or contact the Staff on The Art of War Forums, All help is greatly appreciated.

Thanks for voting and helping The Art of War on it's quest to become the 2022 Mod of the Year. You are now in with a chance to score some free games from our #modlove collection. Help this mod secure more votes by embedding the widget (or link) we have included below on your favorite sites.

The Art of War will feature a healthy array of maps and environments, and Middle Eastern maps are definitely included. One important aspect is that TAoW will also upgrade ZH's graphic aspect and lighting, the following images show some of the current lighting improvements.


A new, "Alpha-based" test map - 'Desert Urban Simulation' - was used in order to test new units, vehicles, lighting and other assets in an urban, street and CQB / CQC (Close Quarters Battle / Combat) based scenario, as you'll see in the following images the map was based on a Middle Eastern town.

The US Base Camp, the starting point of the US Anti Insurgency Operation: 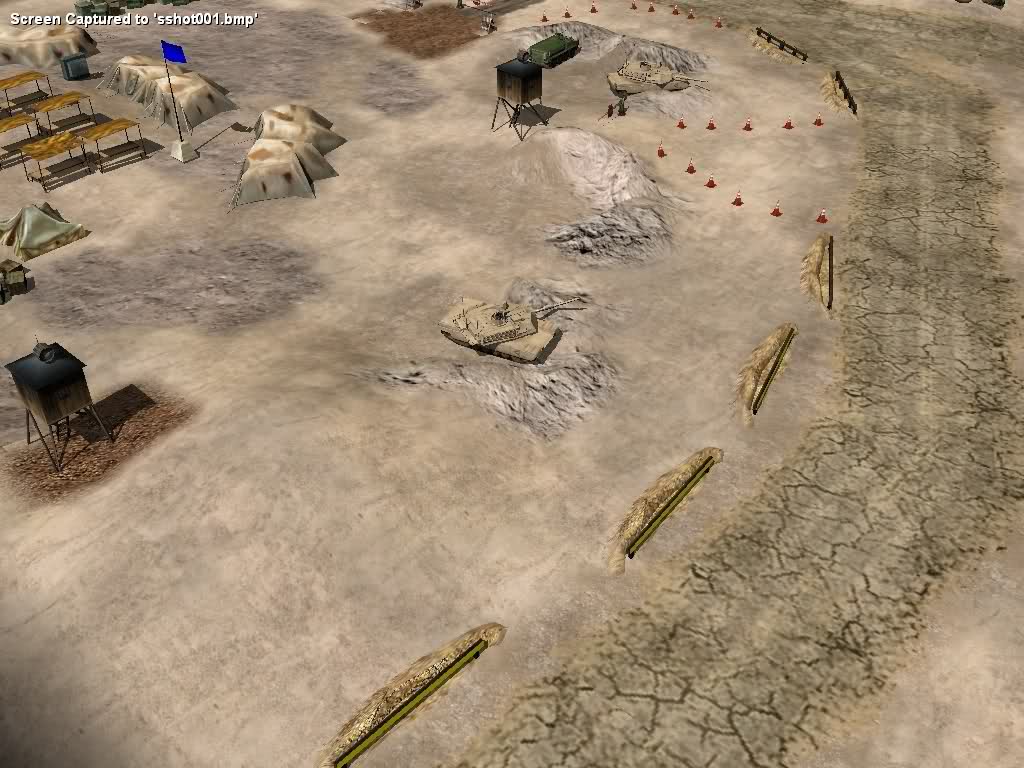 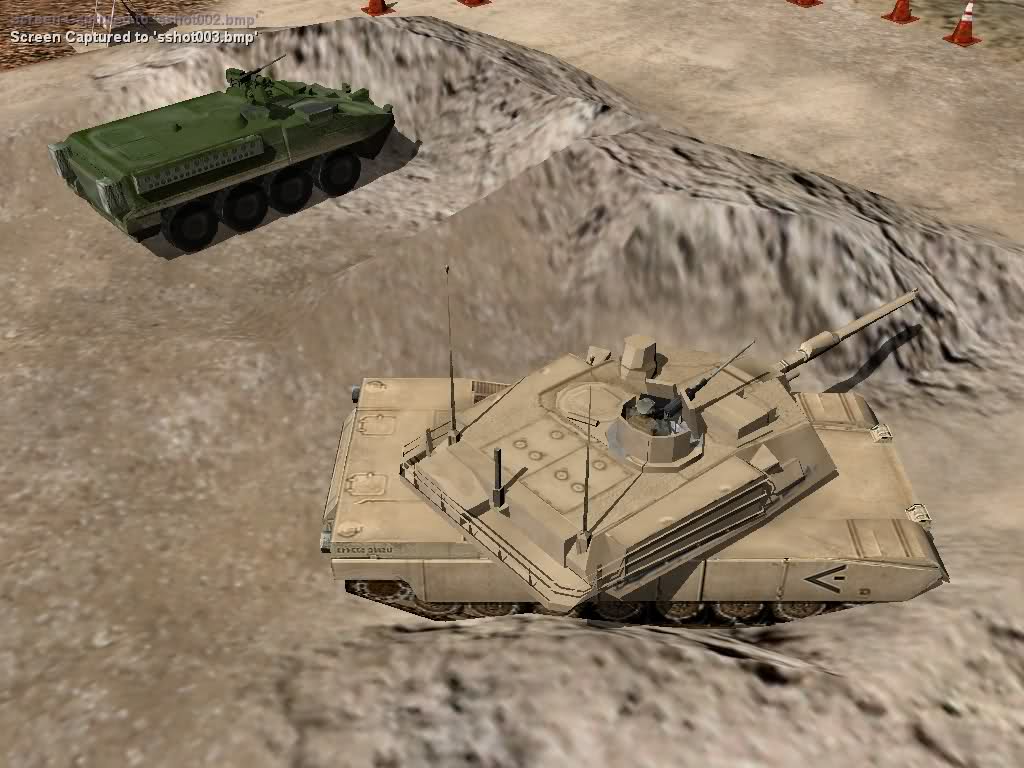 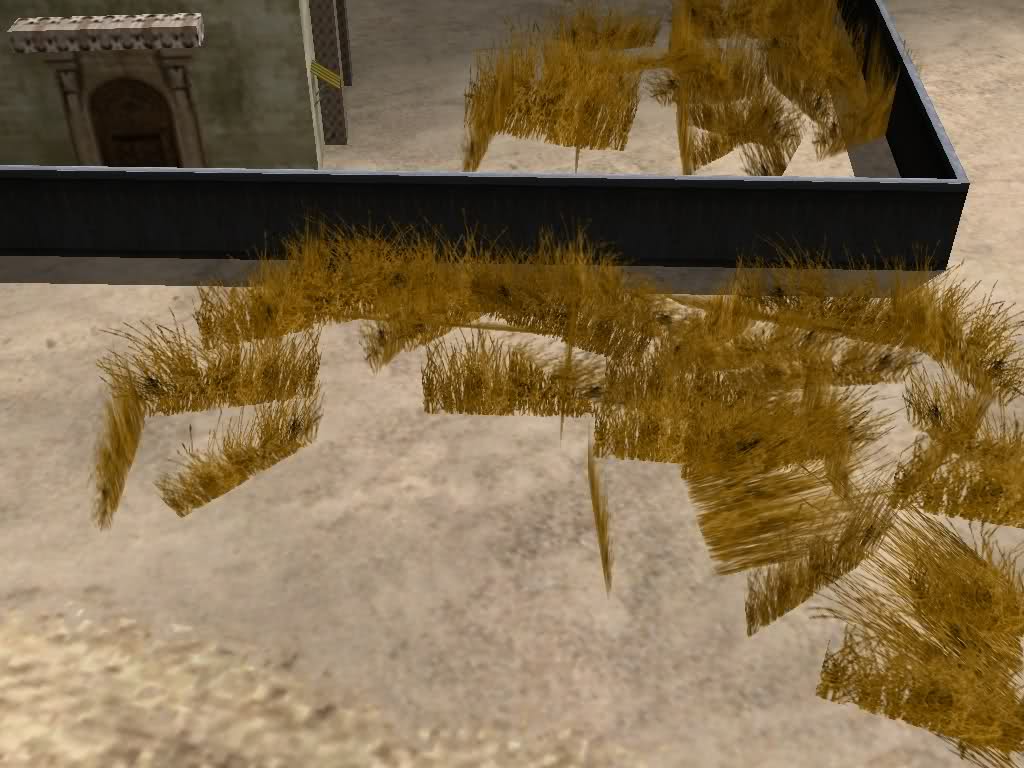 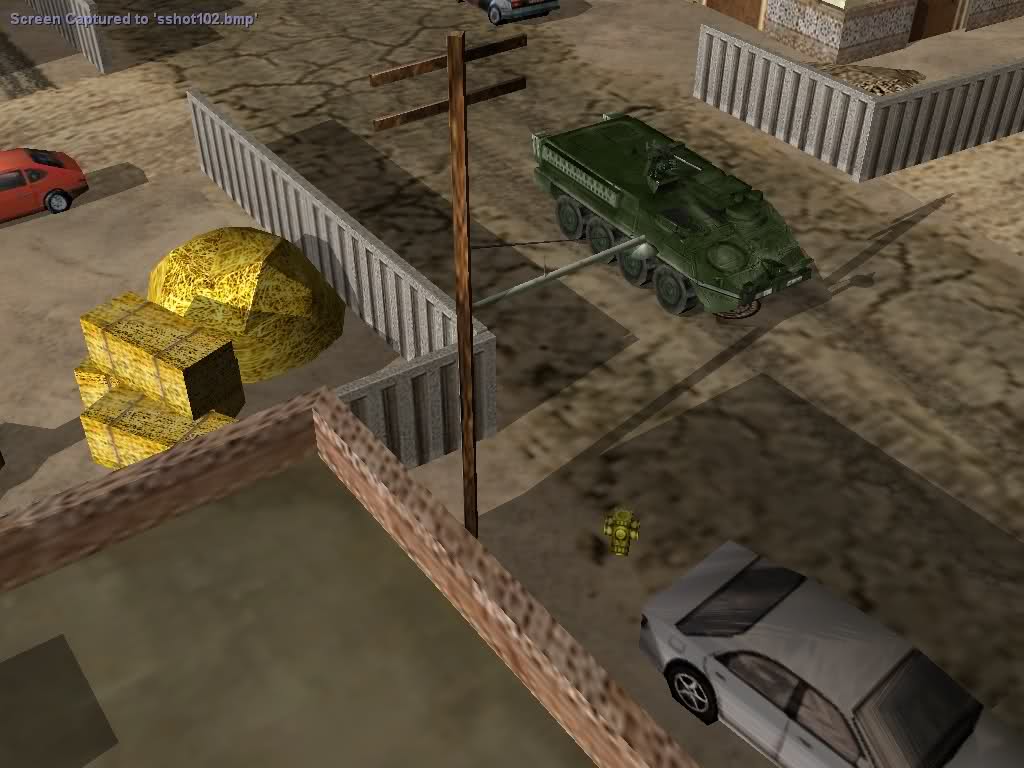 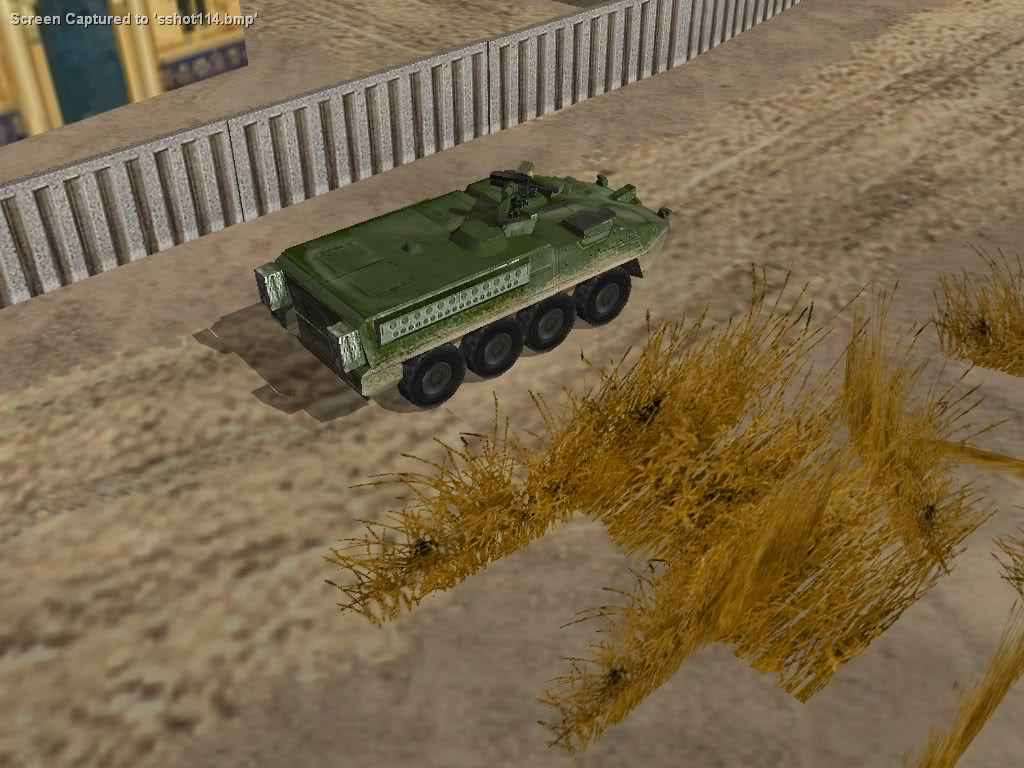 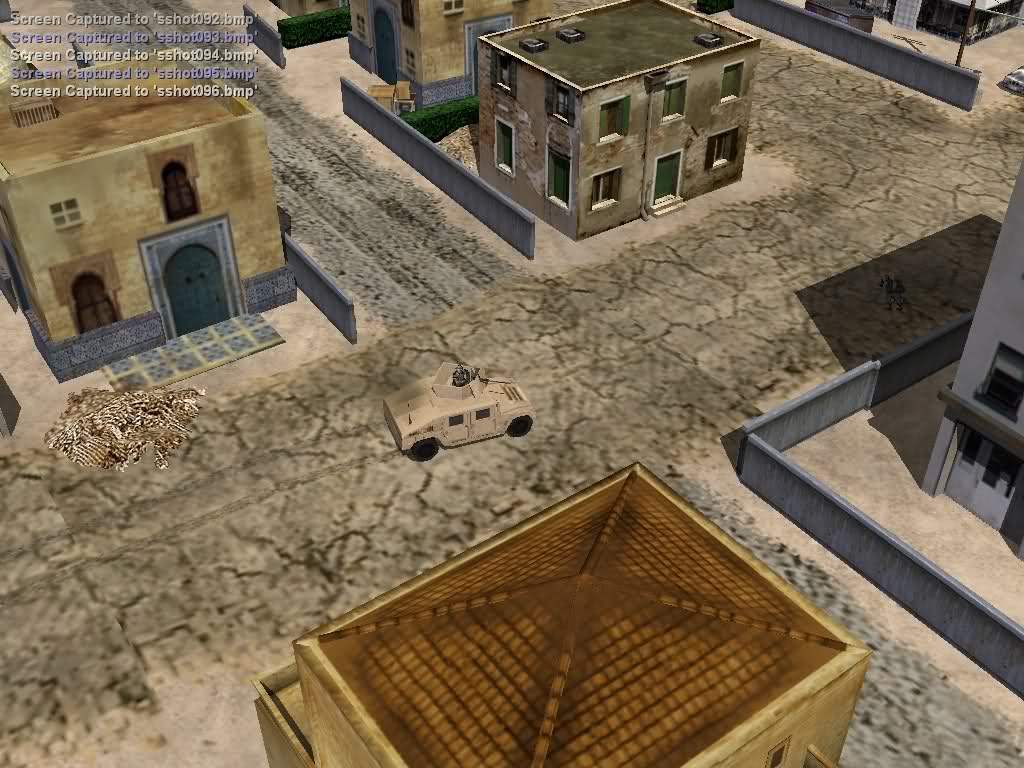 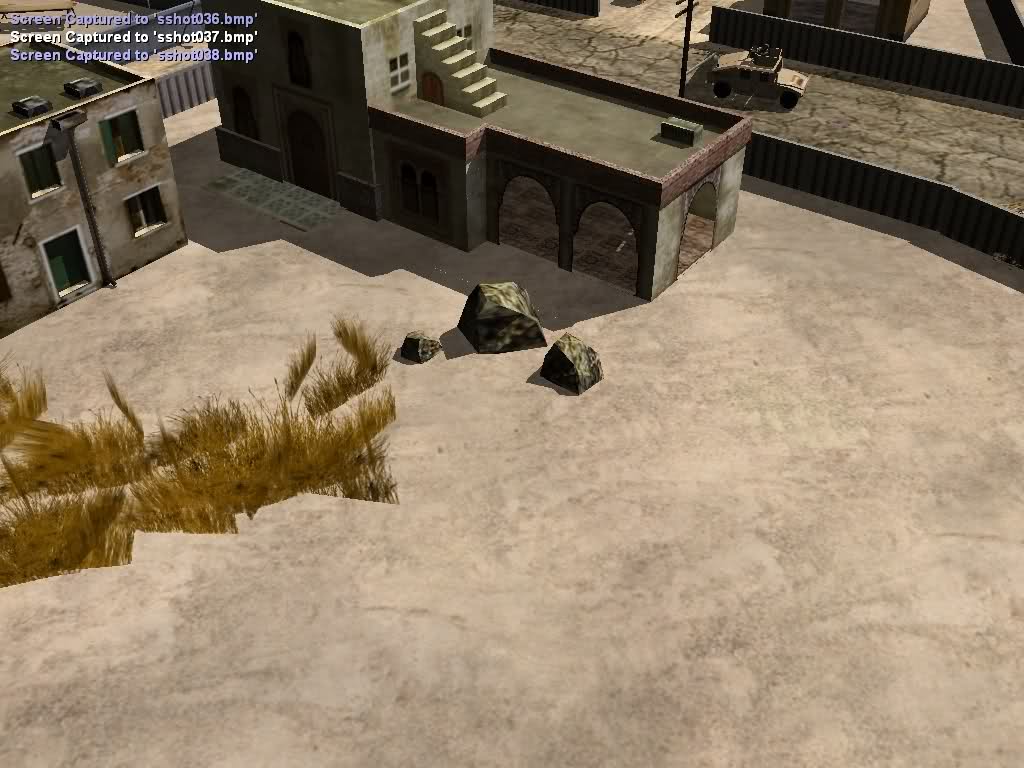 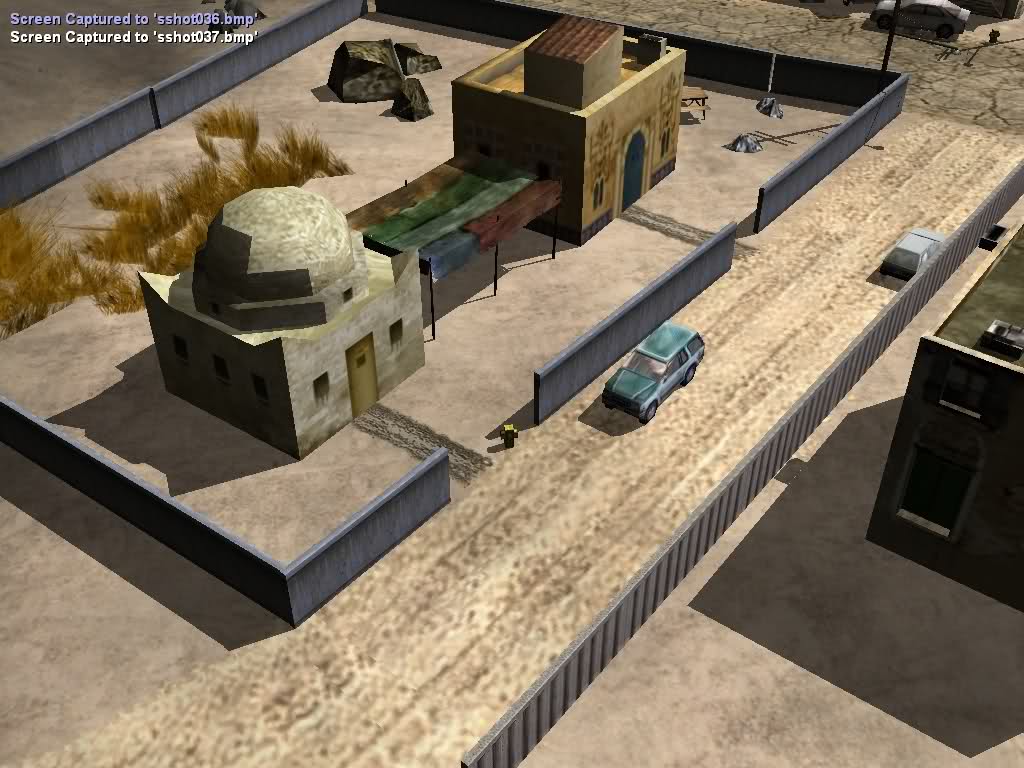 
Numerous "desert variants" of the main vehicles were prepared (coded) and are currently rolling in game, specially: 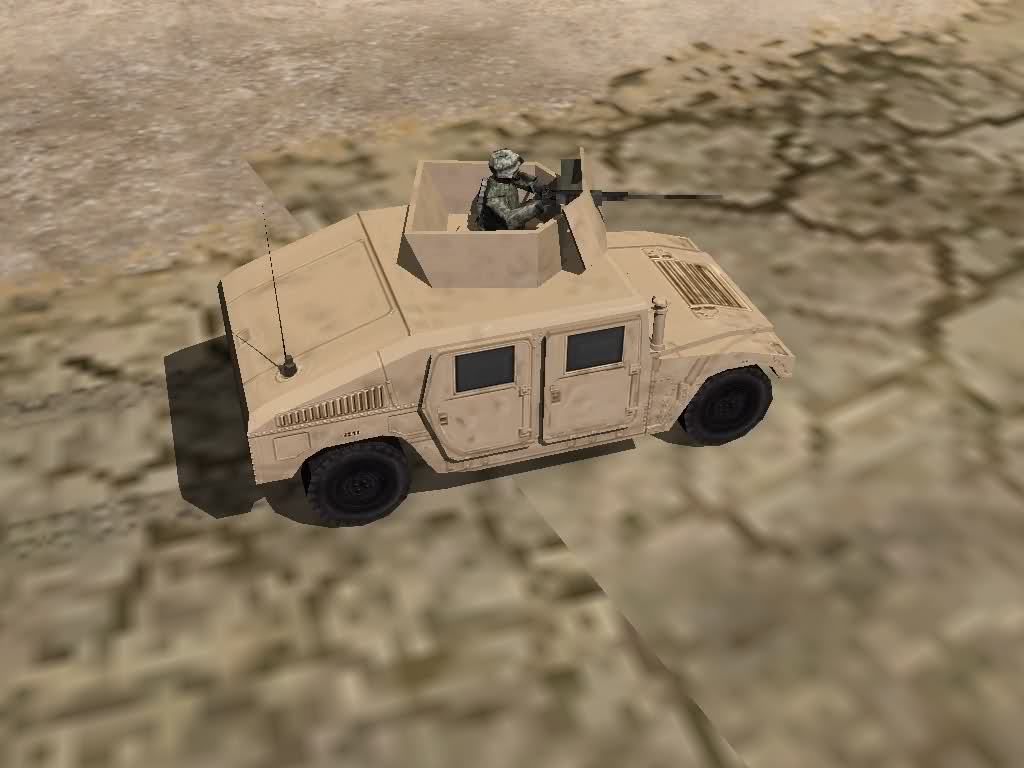 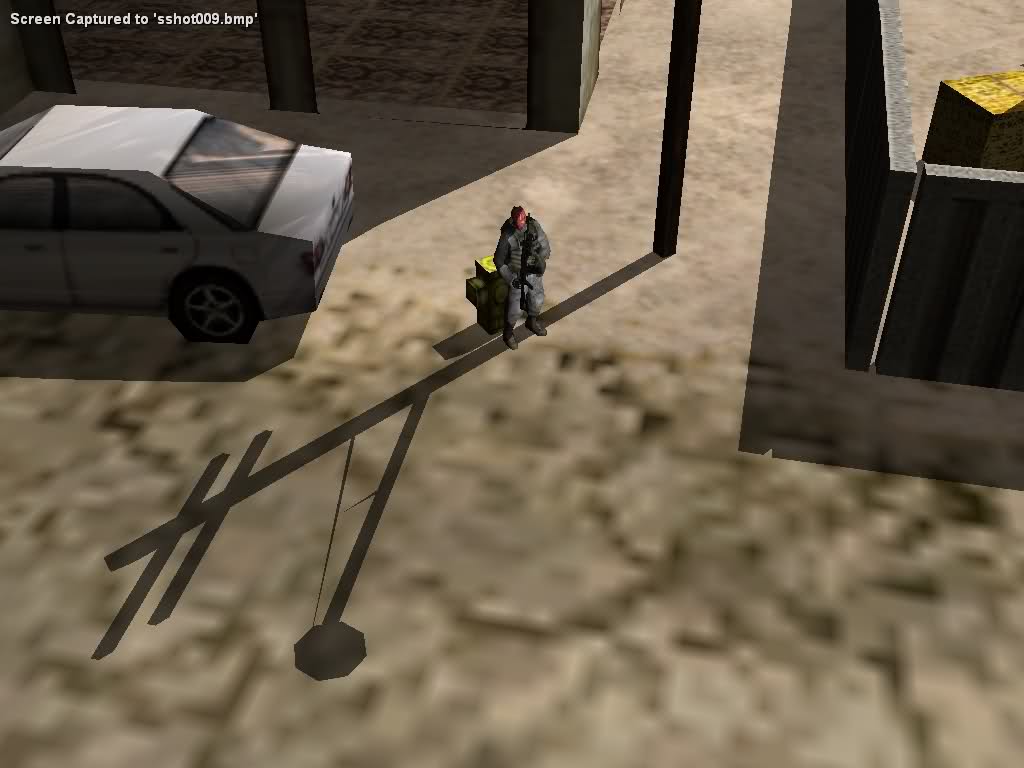 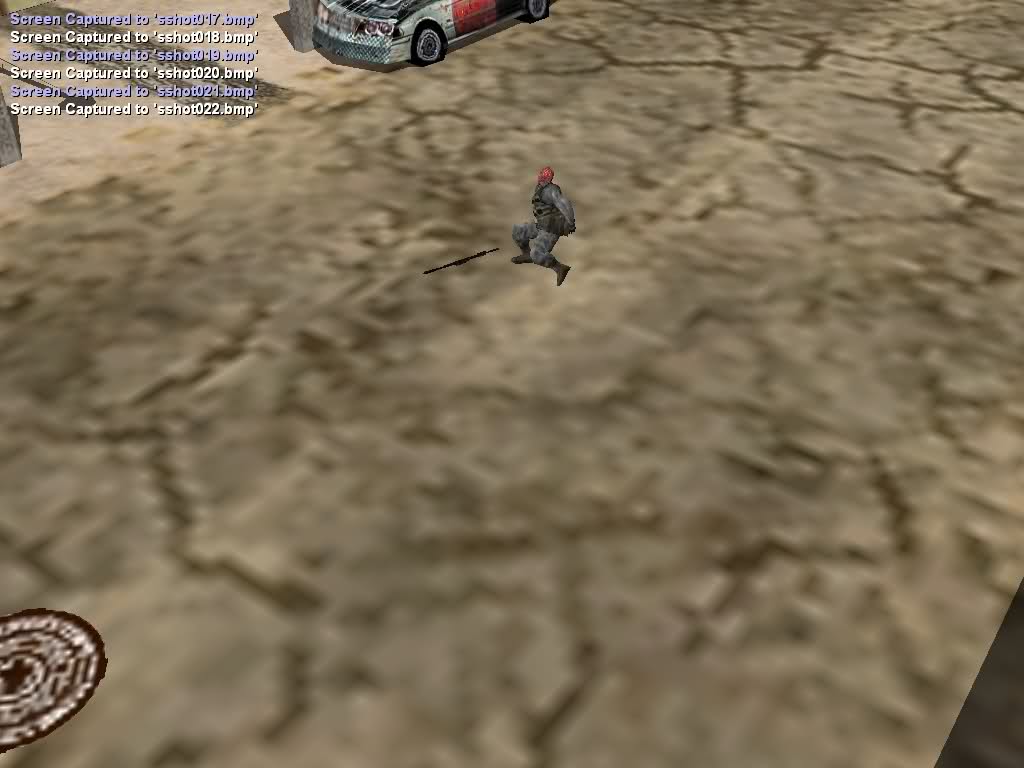 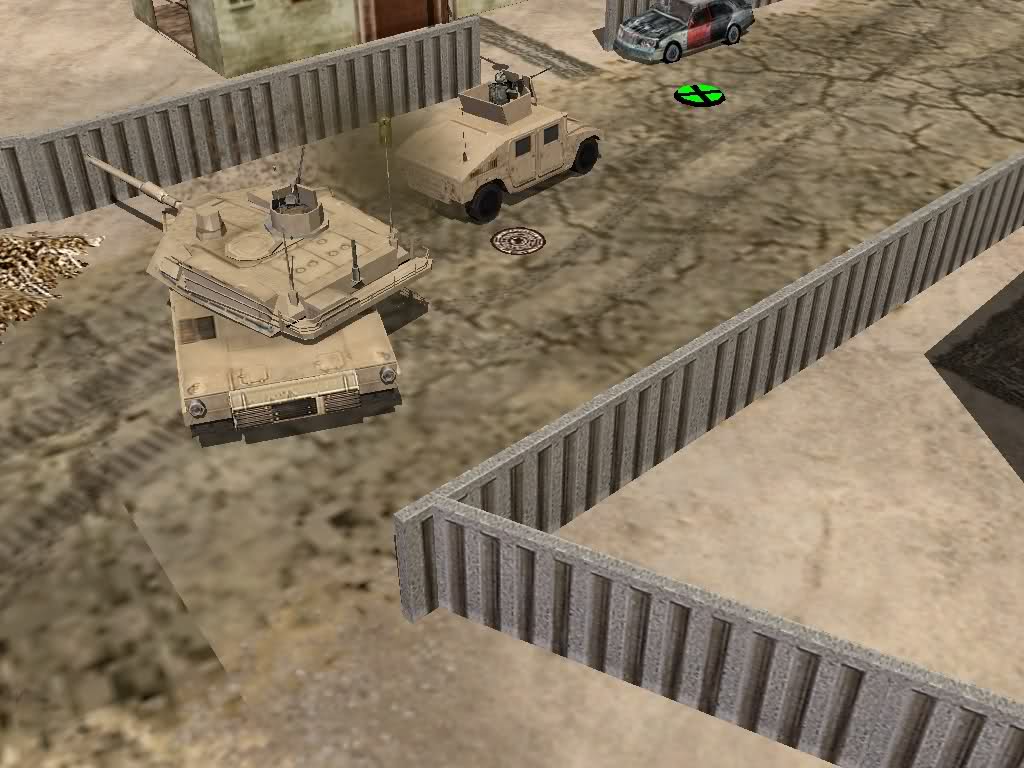 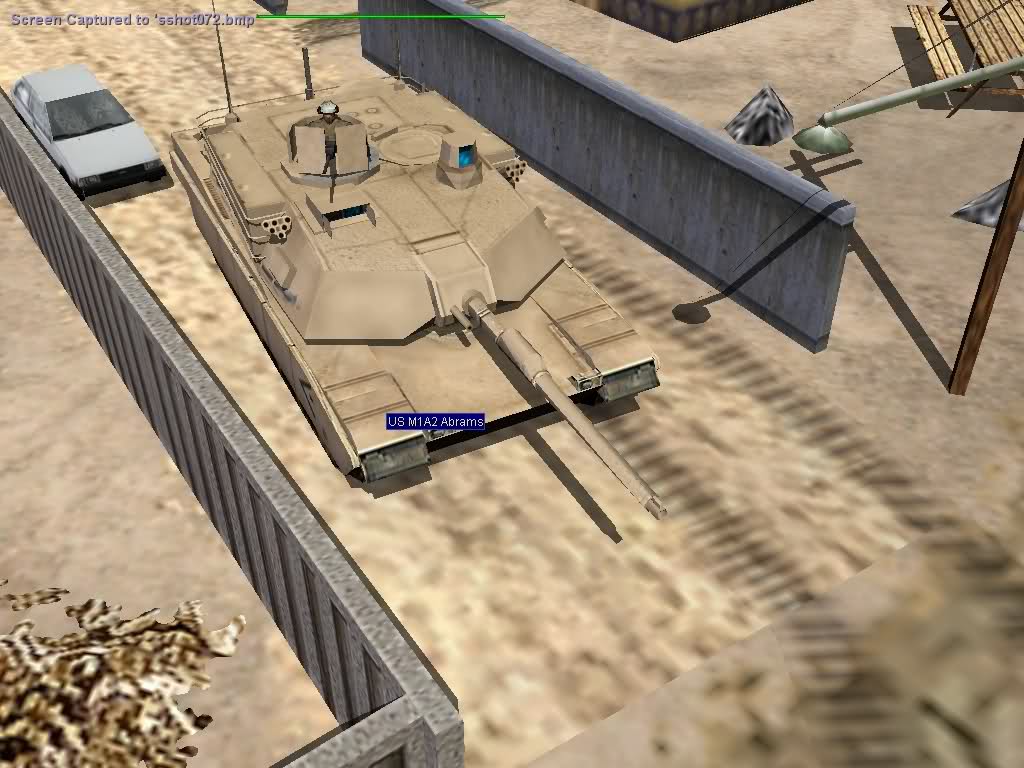 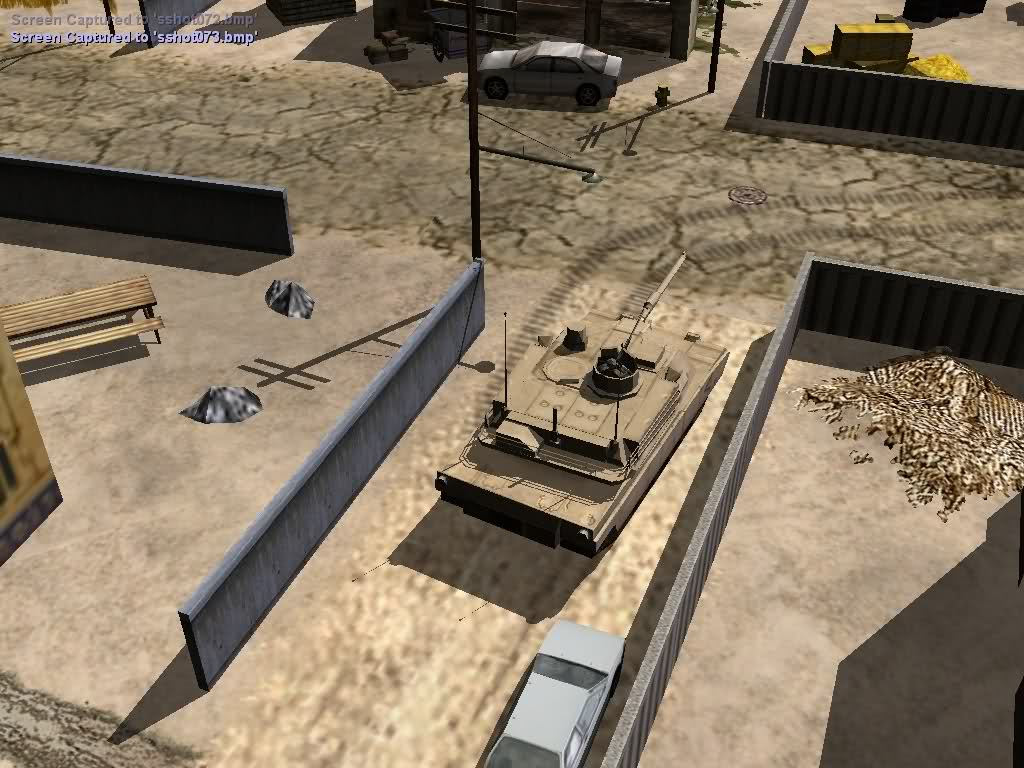 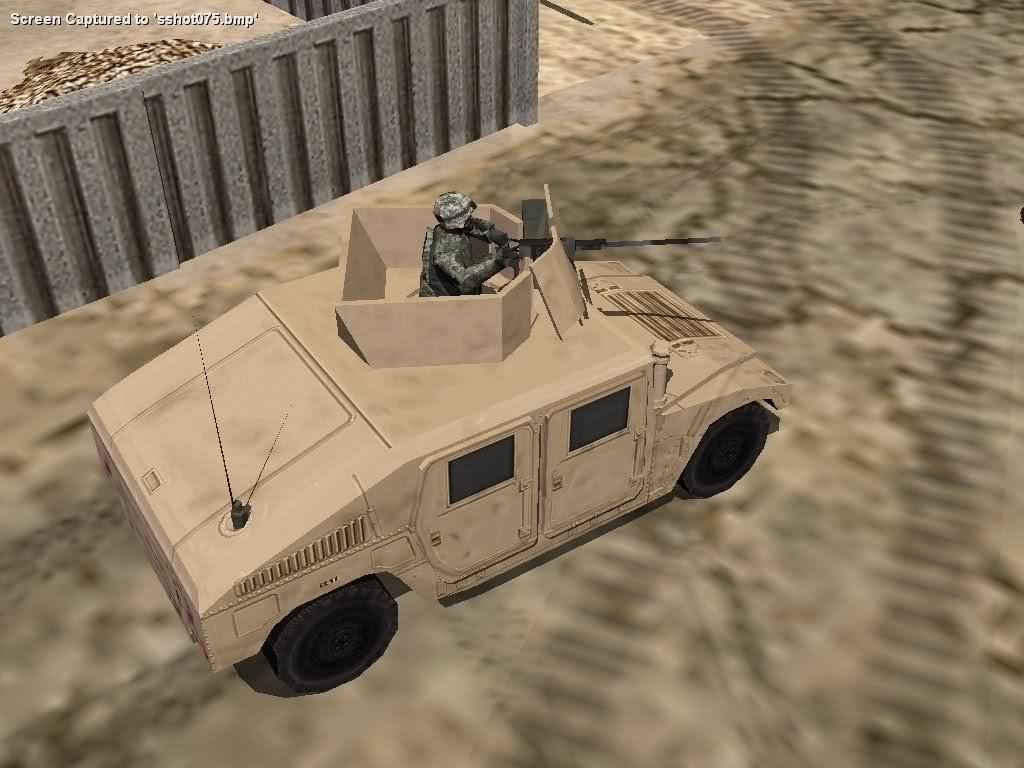 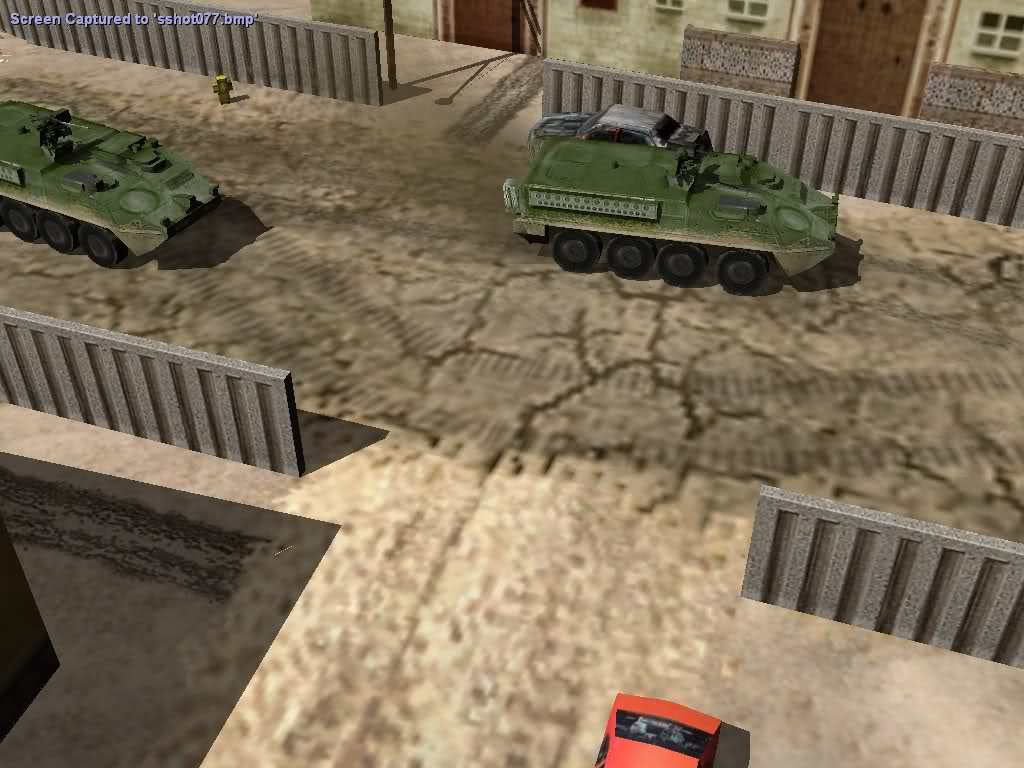 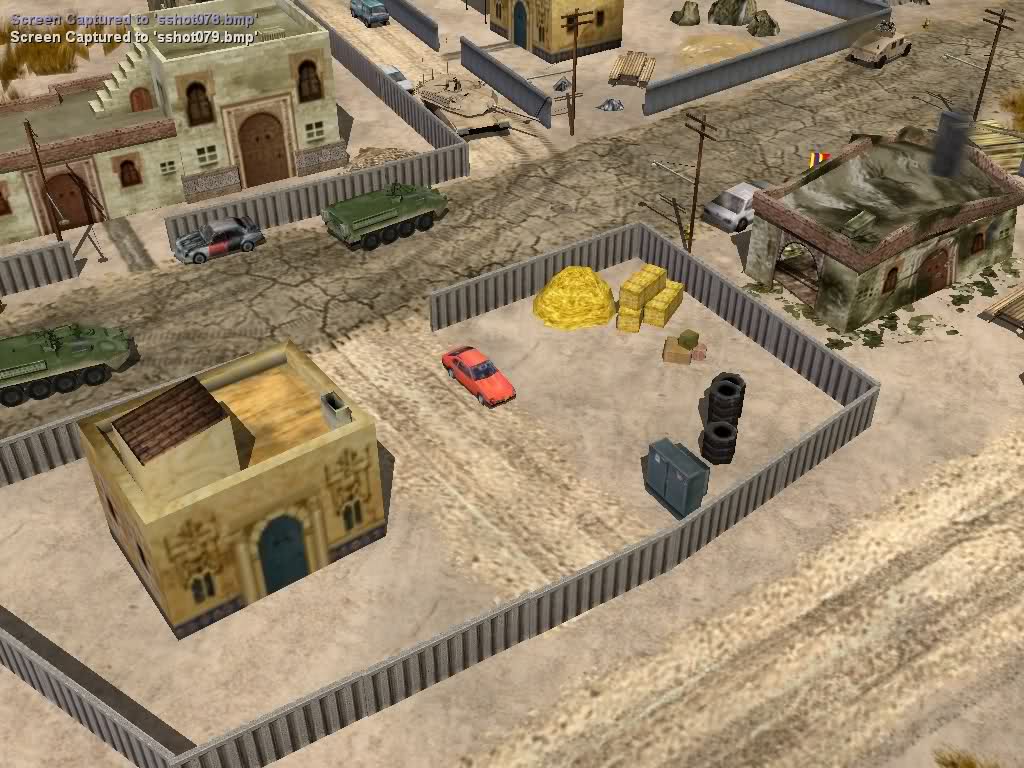 
New effects were created, just as it was previously mentioned, the M2 heavy machine gun (used on the Humvee, Abrams and Stryker) plus the coaxial machine guns now have a randomized tracer projectile, the tracer randomizer works based on a specific "formula":

- 2/3's of the time a tracer will appear;
- 1/3 of the time there won't be any visible projectile or tracer (this is made so tracers are fired on randomized intervals and not just "disappear"). 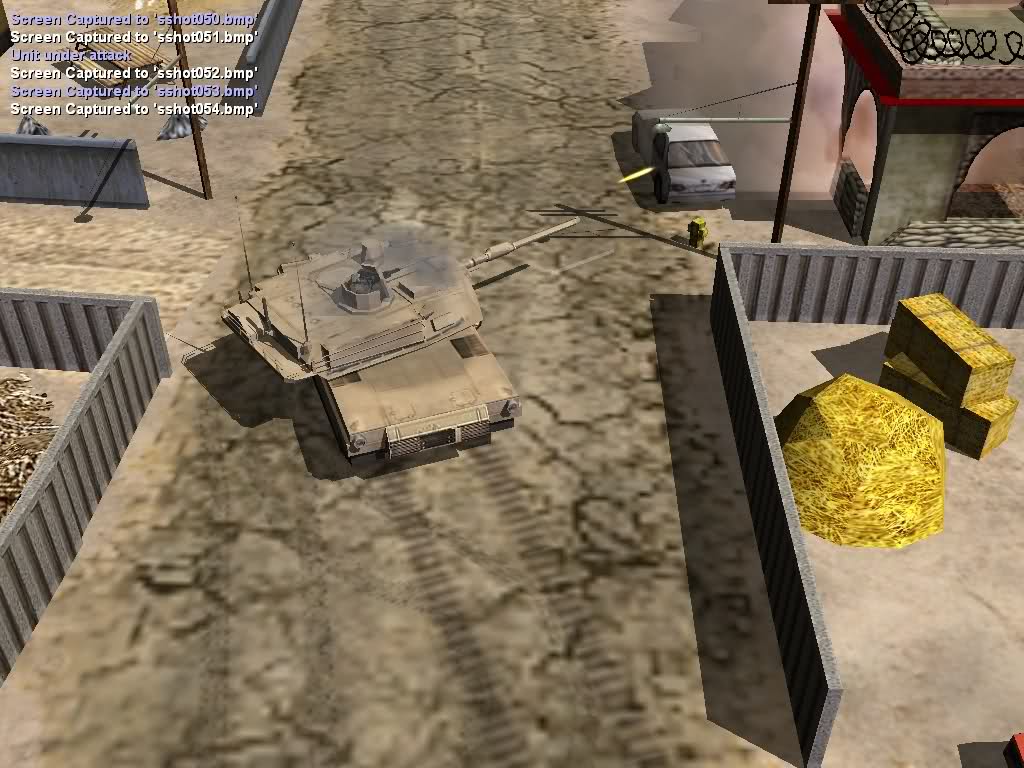 The old ones used to look like fireworks (since in Zero Hour a machine gun could destroy a tank, but that's not the case in TAoW), these effects appear every time an armored vehicle is hit by small arms fire. 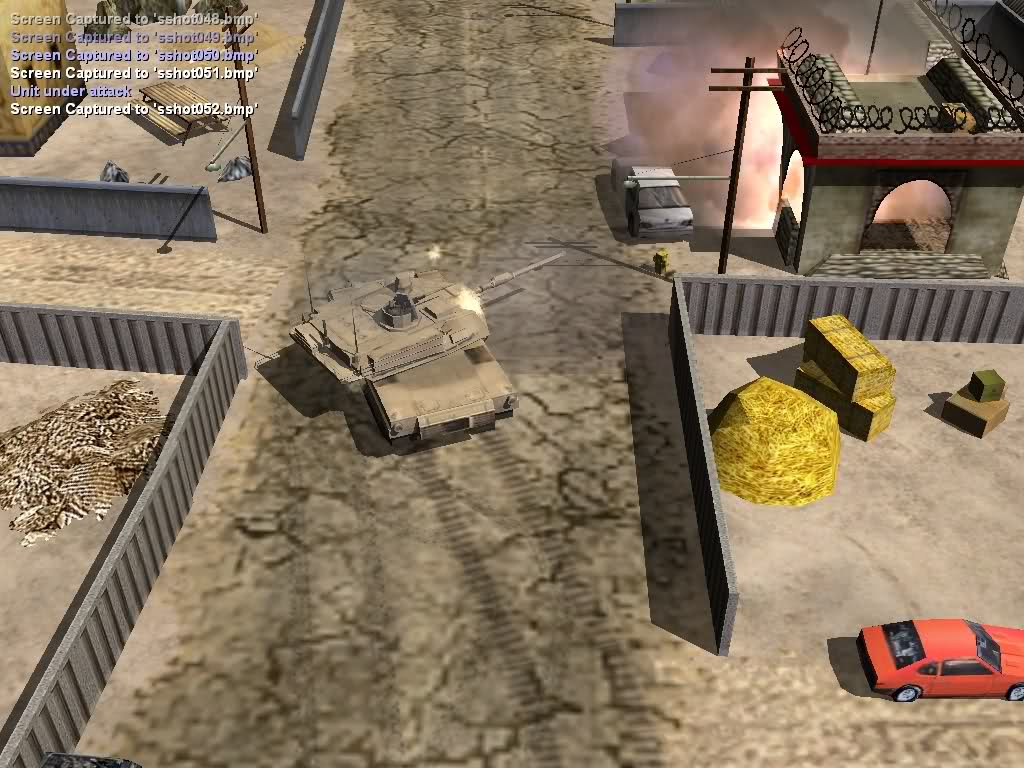 This is what happens when a Sabot tank shell hits a building (note that the round actually penetrated the building so it detonated inside it): 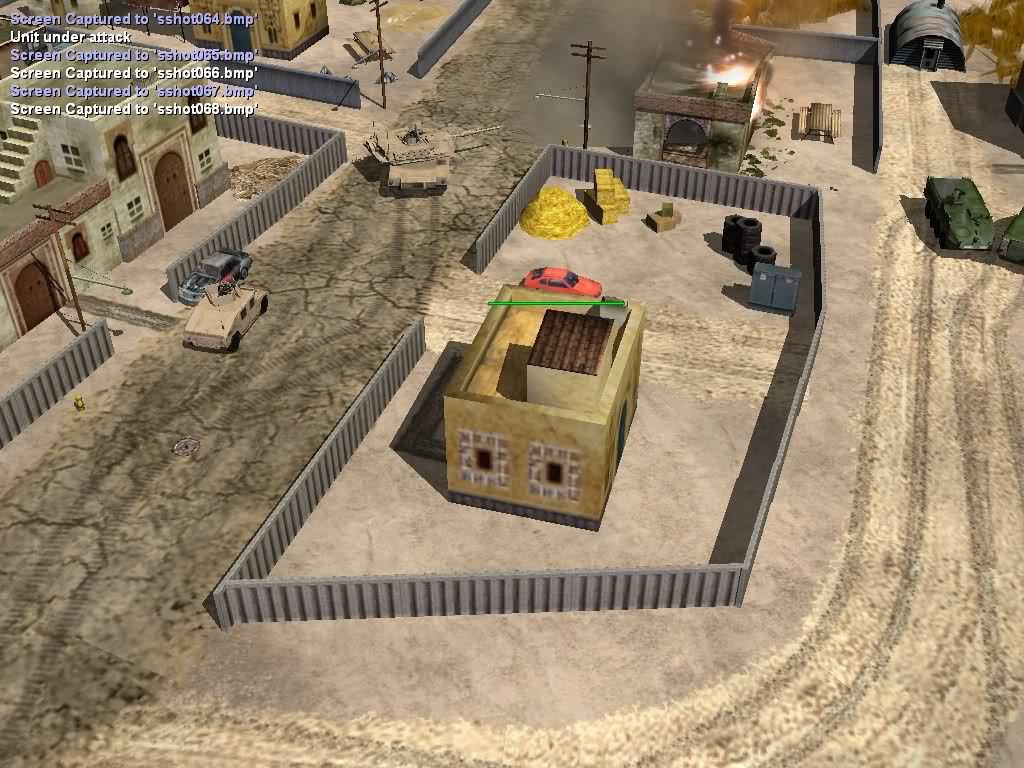 Firing a HEAT round: 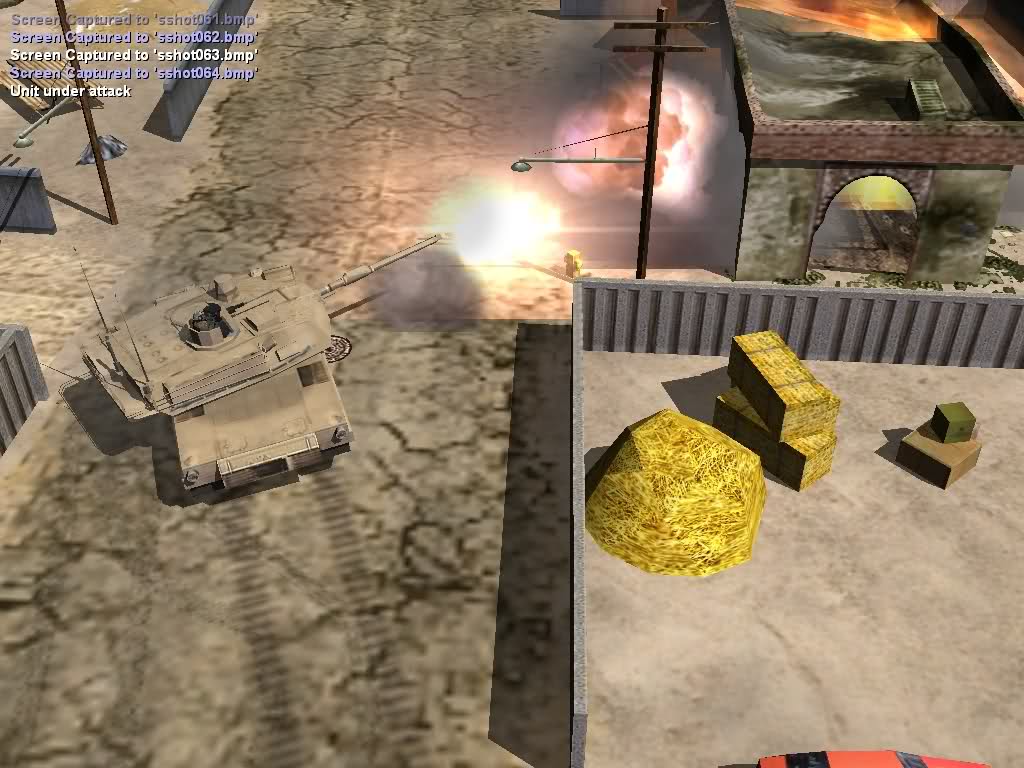 The smoke / dirt effects are much larger on tank shells and it takes a longer time for the smoke to disperse. 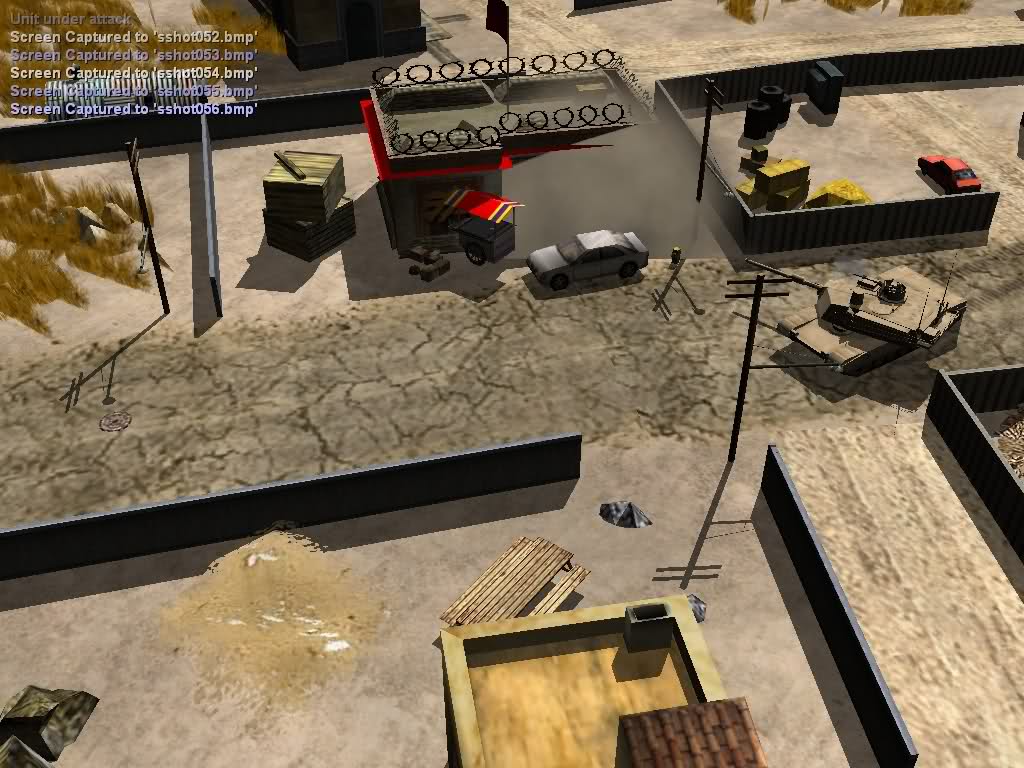 
If a ZH building / map object is included in The Art of War then it will be eventually realistically resized and receive new skin and texture upgrades in order to look sharper and overall more realistic (such upgrades will occur in large scale after the main vehicles and units are complete, and the focus shifts to TAOW's Mapmaker).

In case a tank runs over a concrete wall then it's movement will be affected a bit (depending on the wall type, size and property). Walls are overall more "solid" and rounds will impact on them (depending on the round the wall can be damaged or destroyed).

Depending on the weapon's caliber a round may or may not damage or destroy a wall.

Let's suppose an insurgent is hiding behind a wall, in Zero Hour he could attack and hit anyone hiding on the other side but in The Art of War not only does he can't spot who's behind the wall but the weapons won't just "go through" it (or "over it"), soldiers equipped with explosives can "clear a path" in order to increase their mobility or to surprise/kill who is behind a wall.

For the latest updates and information about the The Art of War Project check our Forums:

The long awaited Second Mega Update is here, it's been 4 months since the last update and we haven't been asleep. This update means 4 months worth of...

The First The Art of War Mega Update (out of 3 currently planned updates). We are showcasing completely re-done models and textures and many new units...

It's been 2 months since the last update. Expeditionary Fighting Vehicle, Re-skins, New members and More...

On Today's update we are showcasing our B-52H and C-17. Progress has been much slower but we want to keep you guys updated on the latest Progress about...

The Art of War Wallpaper1

Wallpaper portraying F-22's flying by. On the ground there is an M1A2 and A Stryker Command Vehicle.

kinda mod is dead that he didnt finished for it by release the mod.

this mod is dead?

if you won't finish this, can you at least give the assets for download so that someone else can maybe do something about this

When is it possible it will be to play? It is strongly desirable to play in multiplayer.

Single & Multiplayer
Tags
Embed Buttons
Link to The Art of War by selecting a button and using the embed code provided more...