Yes, that is a hard date. I have finally resolved all of the issues involved with the mod. I have locked down all of the features for v7, and over the next two weeks there will be a bug-hunting and fixing session among the community. If you want to get in on the action, you can head on over to our Discord server.

It has taken me longer to come out with this version of the mod than any other version previously. This is in part due to the sheer complexity of the changes involved with v7, and due to real life circumstances making it difficult to find the time to work on the mod. (And as I noted previously, I was working for VOID Interactive until very recently).

Probably the most annoying bug to fix with the game was the sharing bug.

What is the sharing bug?

In v7, a Share feature was introduced. When you walk up to a teammate and press the Melee key with a tactical item equipped, you will give that item to another teammate. This is incredibly useful in cases where you don't want to swap the formation of your officers in multiplayer. It's also useful because you can issue this order to your AI squad members and have them give you equipment.

Unfortunately, the code itself was bugged, and in multiplayer, it would not give the piece of equipment correctly. Fixing it proved to be incredibly annoying; I had to set up two virtual machines on my computer to run on a dedicated server to try and replicate the bug, and of course, Unrealscript doesn't have a proper debugger. Any kind of information I had to fish out had to be done with the game's Log() function. Ultimately I had to completely rewrite the system and use a different approach which thankfully accomplished the same thing and provided new flexibility to the game by allowing for more loadout slots. The new slots will allow me to work on new features that I have planned for the mod. More on that at a later date. But the fix also corrected a number of obscure, random bugs that were caused by the incorrect way that I had implemented the Share feature.

So yeah, it took me over two years just to fix that issue, between working two jobs. Thankfully, the mod is in a much better position because of it. I didn't just fix that issue over the past two years. I also implemented a number of other new features...

v7 adds a whole lot of new equipment. Some of it was lifted from the SWAT 4 1.2 mod, whose authors were kind enough to give me permission to use the equipment models. Others were created by the community. 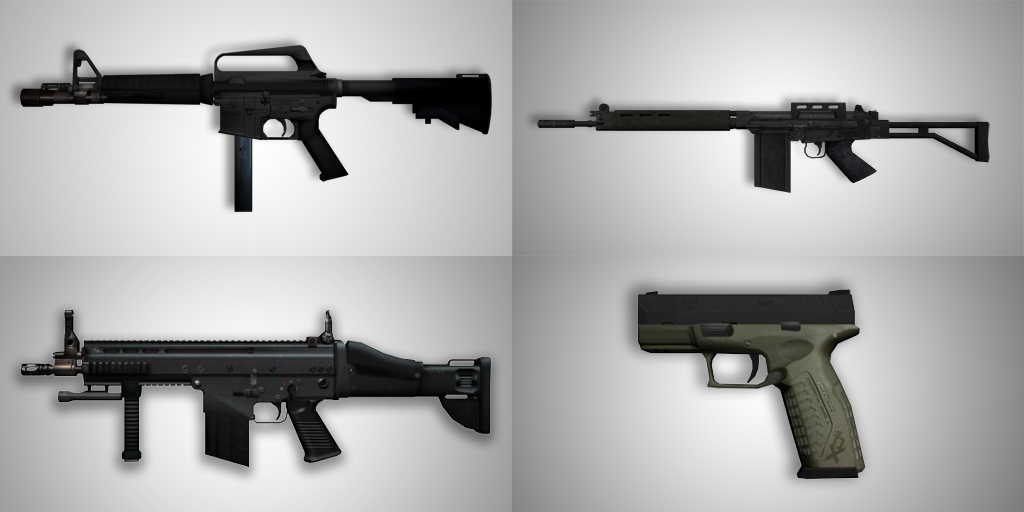 The following is a list of newly-added or upgraded equipment:

"Swat AI doesn't stop to engage targets when issued a MOVE TO or FALL IN command. They will continue following you as they engage targets."

I wanna cry right now! It's so beautiful! The one bug that caused so many ******** deaths with me has finally been confirmed to be fixed in v7! 😭
God Bless You, This Mod, AND Your Work @ Void Software on Ready or Not, Eezstreet! You absolute ******* legend!

******* amazing! He did the impossible, he fixed the AI!!!
Thank you eezstreet, you're amazing, I can't thank you enough!

These are good news, thank you for all of this.

I do have to ask about thing with VOID, are things going well there, after last PVP thing, some people comment, that game is not ready for Beta, I have already ordered standard version and been waiting for a long time for some good news from VOID end...

I’m not going to comment any further on the matter unfortunately, sorry.

I saw your name, and it looked familiar. You made that Arma skin pack, right?

The newly added FAL doesn't seem to have enough stopping power: in most cases, I have to fire 3 shots at unarmored suspects(such as gang members) to simply incapacitate them. While I believe one single 7.62*51 NATO through torso should be far enough to do that. SCAR-H which also fires 7.62*51 NATO does well in the game. Hope you can fix this bug.

Developers please update source files after v7. We really need them to create addons for SEF.

Thank God, what I'v been waiting for this day. Big thanks eez.

Hello. It's the 7th here already, but I don't see a mod. Please post the version seven files. Sorry, I am impatient. I want this mod so badly.

Hello, please i need help, i want to use de Voice Recognition but i can click de box in the setting menu, and i cant use that tool to play. Please i do everything that is say in this forum, but still doesnt work! plesae someone help

appreciate it eezstreet so glad ur keeping this game going its both incredible and embarrassing that swat4 is the only real cqb tactical online coop pve/mission based game out here in 2020 lol but looking forward to more SEF updates and will always be around the tac coop servers.